Even with more traditional plotting, writer/director Robert Eggers is far more interested in having viewers swept up in the atmosphere while putting his characters through physical and emotional journeys. The Northman plays like a metal version of Hamlet, complete with extreme violence, wild forms of magic, and fights amid epic backdrops. As a revenge tale set during Viking times, it delivers visceral thrills. Coming as a follow-up to The Witch and The Lighthouse, this $90 million effort packs all of that budget on screen while still holding onto the off-the-wall qualities that make Eggers a standout genre filmmaker.

Alexander Skarsgård stars as Amleth, the inspiration for Shakespeare’s famous Dane. As a child, Amleth watched his father, King Aurvandill (Ethan Hawke), get beheaded by his treacherous uncle, Fjölnir (Claes Bang). Vowing revenge, as a hulking adult, Amleth now finds himself posing as a slave to get closer to his uncle. He has an eye on taking revenge on all involved with the grim fate that met his family.

A lot of praise should go to Skarsgård, who somehow enhanced his frame even more than during his time spent as Tarzan. It’s not just his size, however. Sure, shots of Amleth catching spears being hurled at him, only to throw them back at his attackers, are pretty fantastic. Still, it’s the way Amleth conducts himself. When not in battle, the way Skarsgård modulates his body to appear hunched yet massive, complete with his steely conviction, makes him a force. Playing down his intentions, whether to convey this slave identity or relate to another enslaved person, Olga (Anya Taylor-Joy), who caught his eye, allows further nuance. 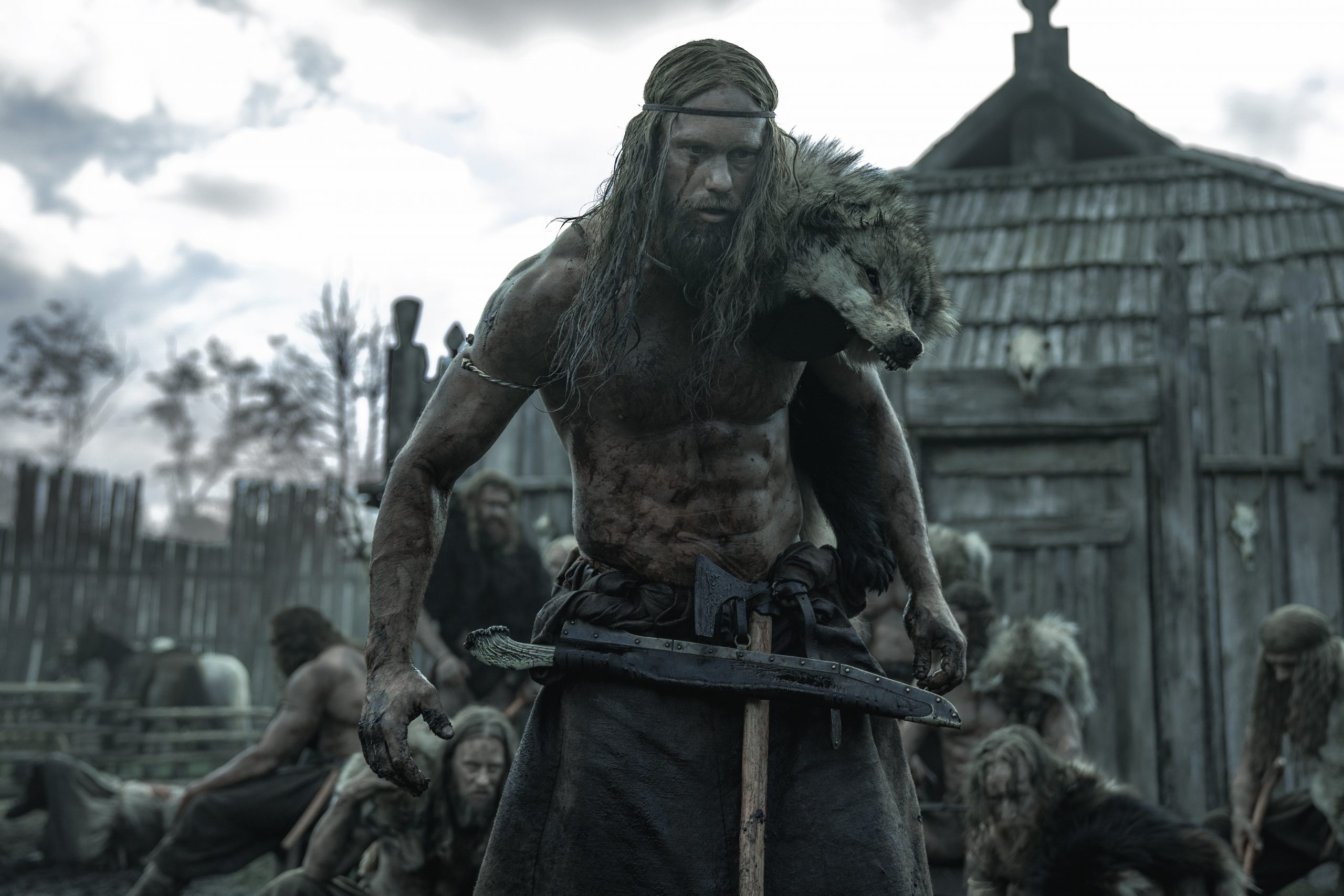 These details provide layers to what is a straightforward revenge story. There’s little innovation in the plot itself, but that’s not a flaw in what’s taking place. For one thing, revenge stories occur so frequently because they are compelling. Regardless, what Eggers achieves so successfully is a mood. Building this Viking world allows the viewers to quickly accept the level of brutality that will frequently come during the film’s 137-minute runtime. Along with that, the use of mysticism informs the state of mind many of these characters are in.

Despite a tendency toward minimalism in character design, hearing Fjölnir question how the gods are treating him, as Amleth delivers various forms of retribution, helps pull the viewer into different points of view. Most intriguing is the presence of Nicole Kidman as Queen Gudrún, Amleth’s mother. She survived the whole ordeal involving her murdered husband. But what is driving her now, and what are her reactions to eventually learning her first son is still alive?

While The Northman is not exactly the film to use as a case for feminism or much else beyond white male aggression, both Kidman and Taylor-Joy are written as characters more complicated than simply women under the control of powerful men. Even as the story surrounding them delivers a more traditional path for where their characters go, their certitude allows them to leave more of an impact on Amleth and others. Also, Björk shows up as some kind of blind prophet with wild costume design, so there’s that as well. 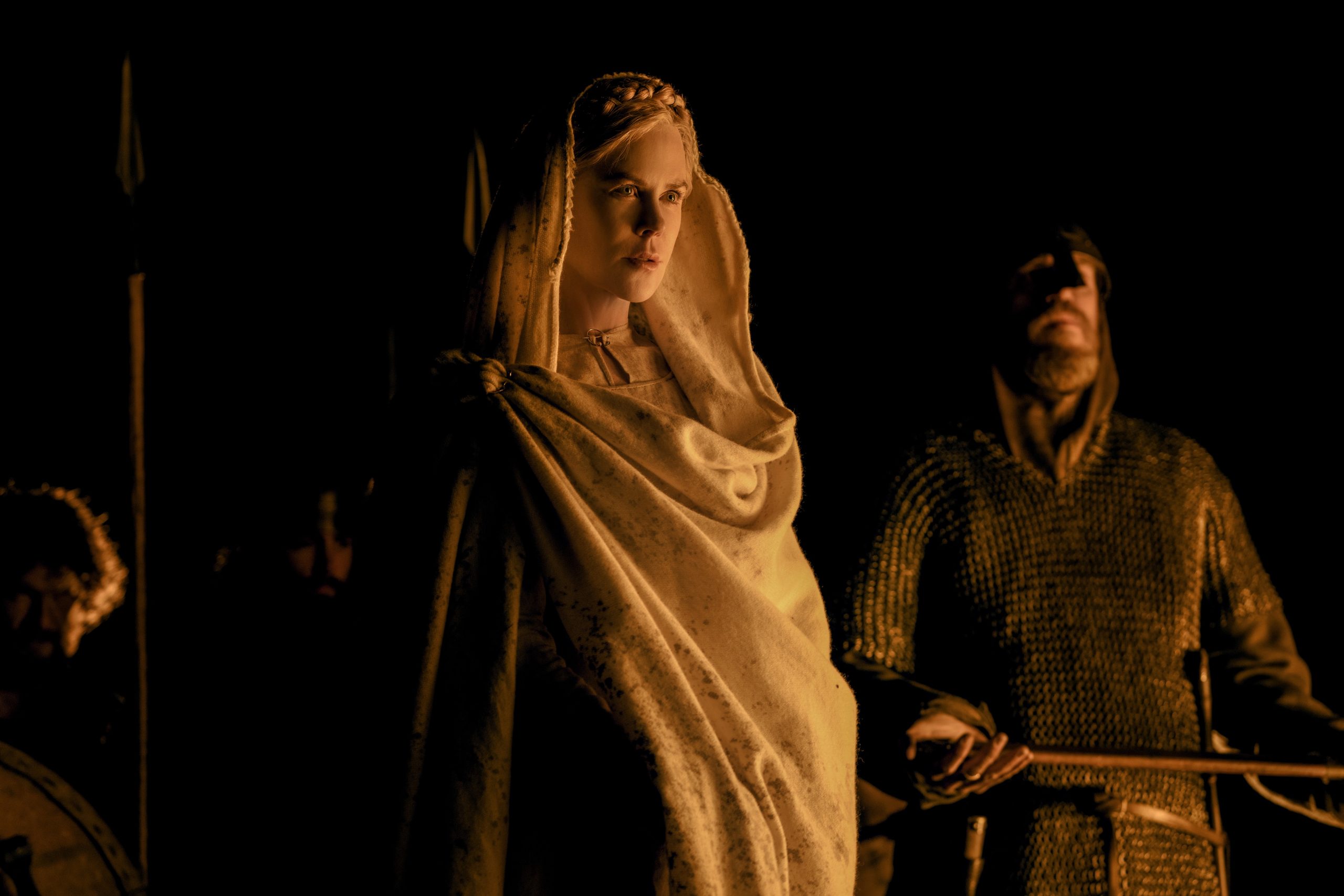 Getting back to the spectacle on display, I’m aware there’s been talk about the film’s budget and Eggers’ options should this film prove successful. It’s upsetting to know a creative filmmaking voice who continues to prove himself is also the one who must struggle to get other projects off the ground, but that’s where we are in this IP-driven Hollywood landscape. That being said, The Northman does show what Eggers is capable of at this higher budget level while also producing a film that should have a more general appeal than, say, The Lighthouse.

Of course, that’s partly by design. A hulking Alexander Skarsgård having all-natural sword fights by an exploding volcano is the kind of thing that should bring in a wide audience. I placed The Green Knight high on my top ten for 2021, and while that film and The Northman share some qualities, Eggers is fully capitalizing on the action sensibilities afforded to him, as opposed to the more contemplative nature of David Lowery’s remarkable film. So yes, this may be Eggers’ most accessible film yet, but what a sight to behold!

Having filmed in Northern Ireland, Iceland, and even on a glacier for one scene, the money is entirely on the screen, and the film looks gorgeous. Stepping up to Focus Features from A24 allows a filmmaker to go bigger. That leads to acquiring a filmmaking team that could match the scope required to make The Northman feel as big as it is. Jarin Blaschke’s excellent cinematography is complemented by incredible production and sound design. Robin Carolan and Sebastian Gainsborough’s score tears through the film in all the right ways, given the emotional spectrum the characters are placed on. 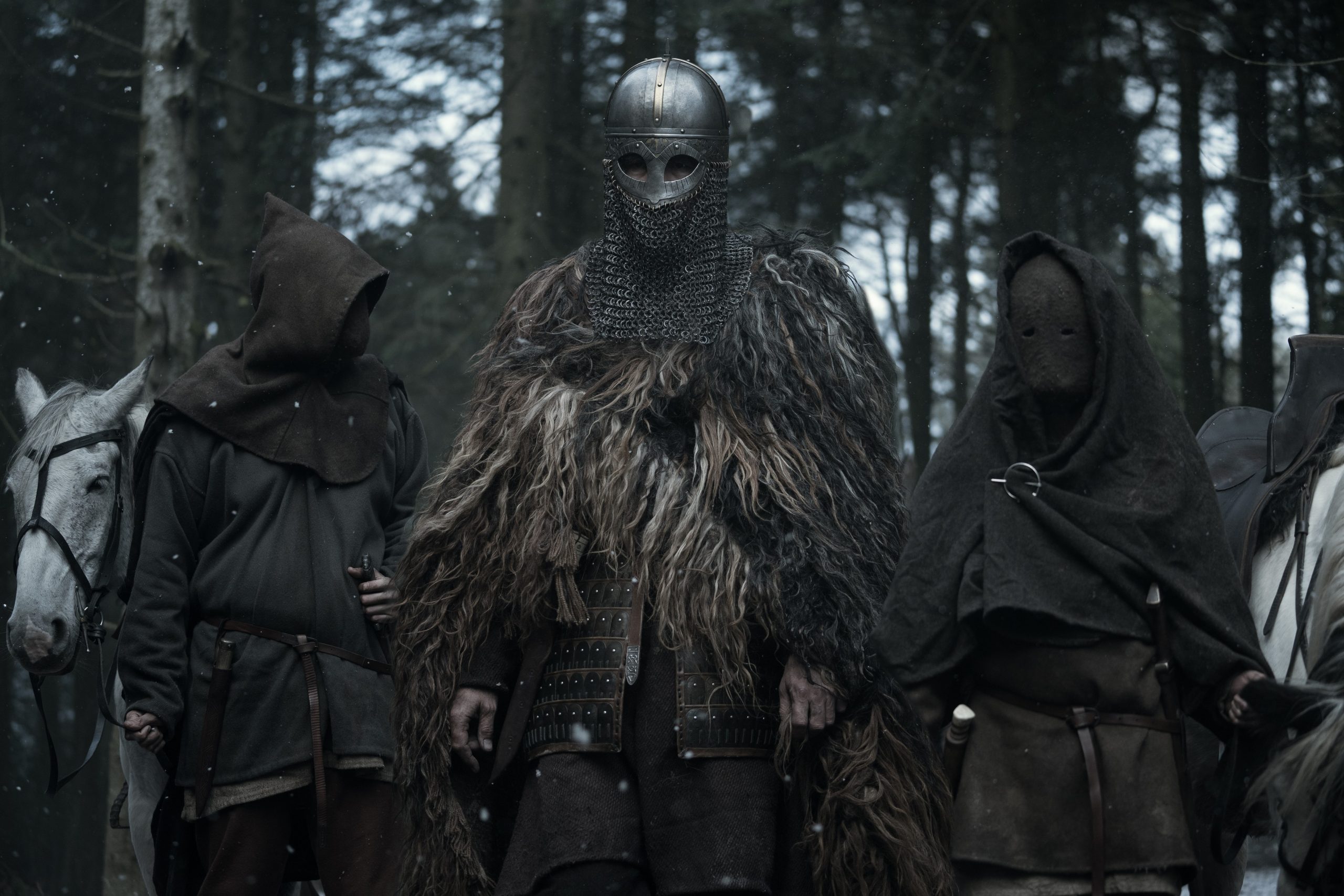 So much of what we see and hear plays to the movie’s advantage, yet one wonders if there were even more ways to either truncate certain elements or further expand on them to form an even grander epic. Given Eggers’ penchant for research and authenticity, it’s one thing to find plenty of towering (white, blonde) performers using ol’ Scandinavian accents. It could be something else to take us further down the rabbit hole when explaining Valhalla, the Gates of Hel, and more. Not that The Northman is without details and lore, but I enjoyed so much of what I saw that offering the chance to achieve more profundity would have been welcome.

Still, it’s not like I was not plenty satisfied with seeing an action-packed Viking story of this caliber. Even in its efforts to take a tale of vengeance and push it to the length it is at while only adding so much depth, I was always excited by what was being presented. Plus, between a nighttime dual with a spirit and images of Valkyries setting off into the distance, there’s a scope complimented well by all of the featured talent. Eggers may enjoy creating an arduous journey for all involved to go on in realizing his visions, but The Northman is another one of his features that swings its blade hard and connects. 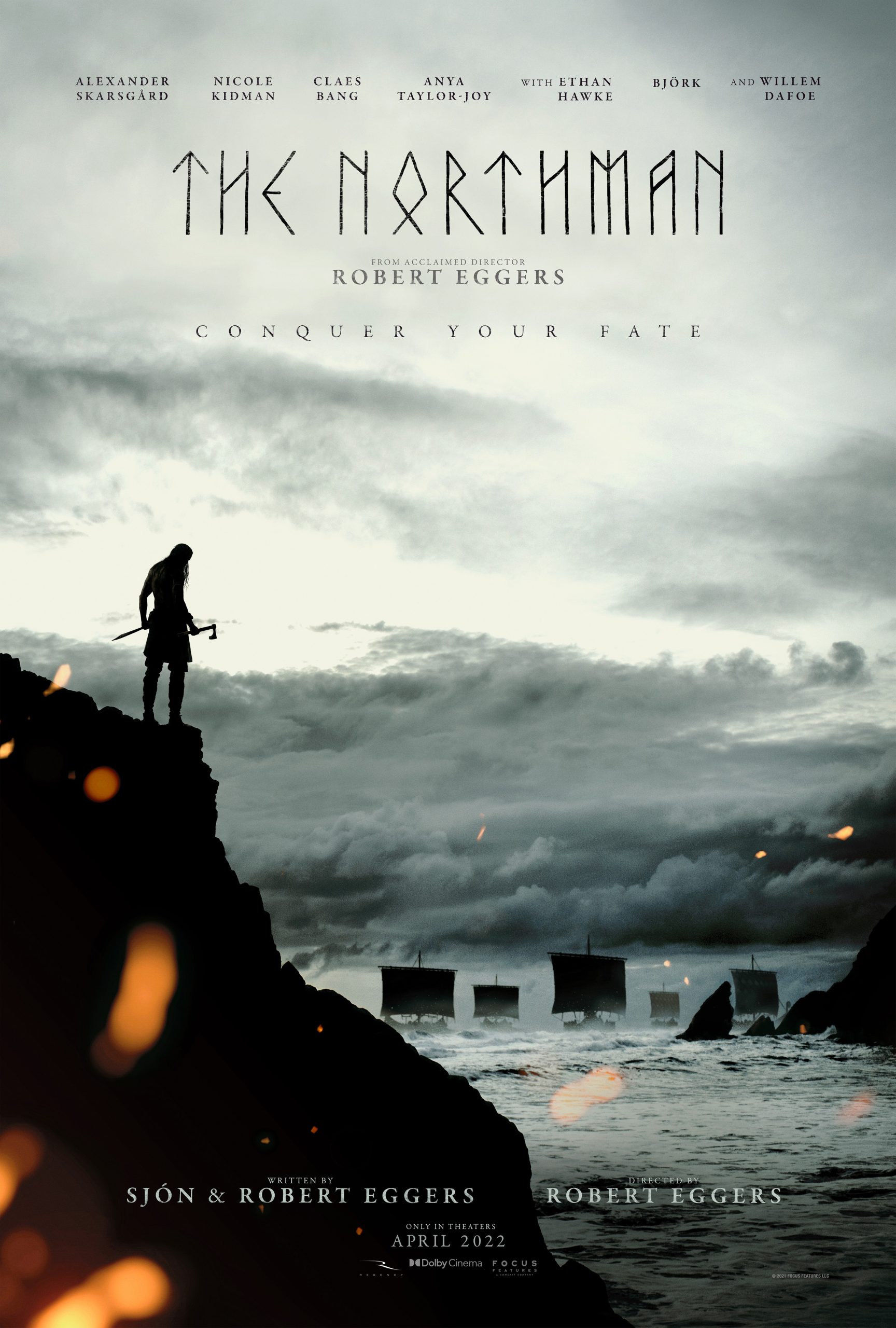 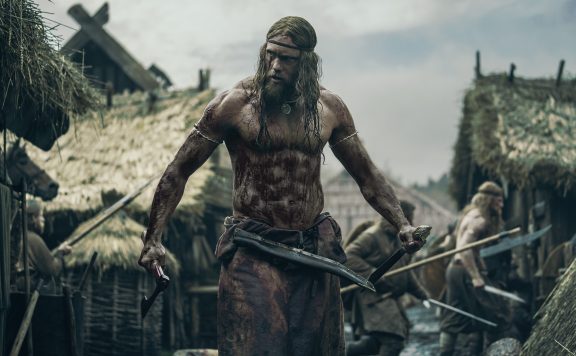 ‘The Northman’ Review: Though This Be Madness, There Is Method In It

Prince Amleth is on the verge of becoming a man when his father is brutally murdered by his uncle, who kidnaps the boy's mother. Two decades later, Amleth is now a Viking who's on a mission to save his mother, kill his uncle and avenge his father.
0
Average User Rating
0 votes
Please sign in to rate.
Film:The Northman
Cast:Alexander Skarsgard, Anya Taylor-Joy, Bjork, Claes Bang, Ethan Hawke, Nicole Kidman, Willem Dafoe
Director(s):Robert Eggers
Writer(s):Robert Eggers, Sjon
Genre:Action, Historical Drama
Studio(s):Focus Features
MPAA Rating:R 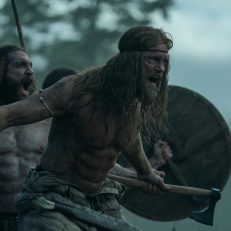 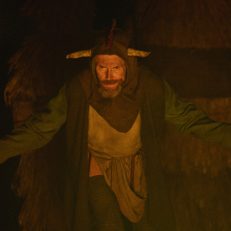 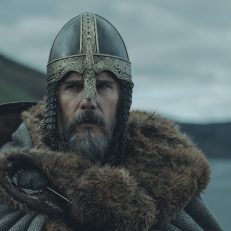 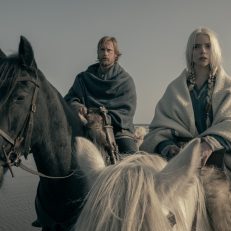 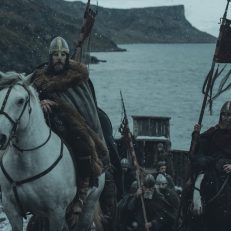 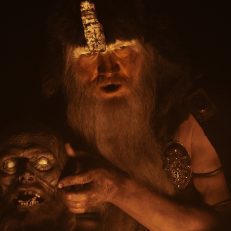 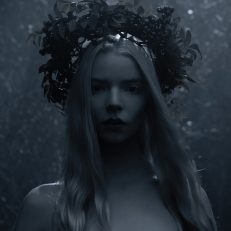 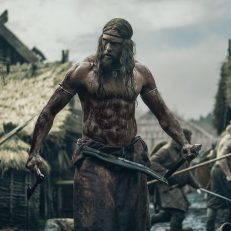