Now You See Me 2 Review: Does It Have the Magic Touch? 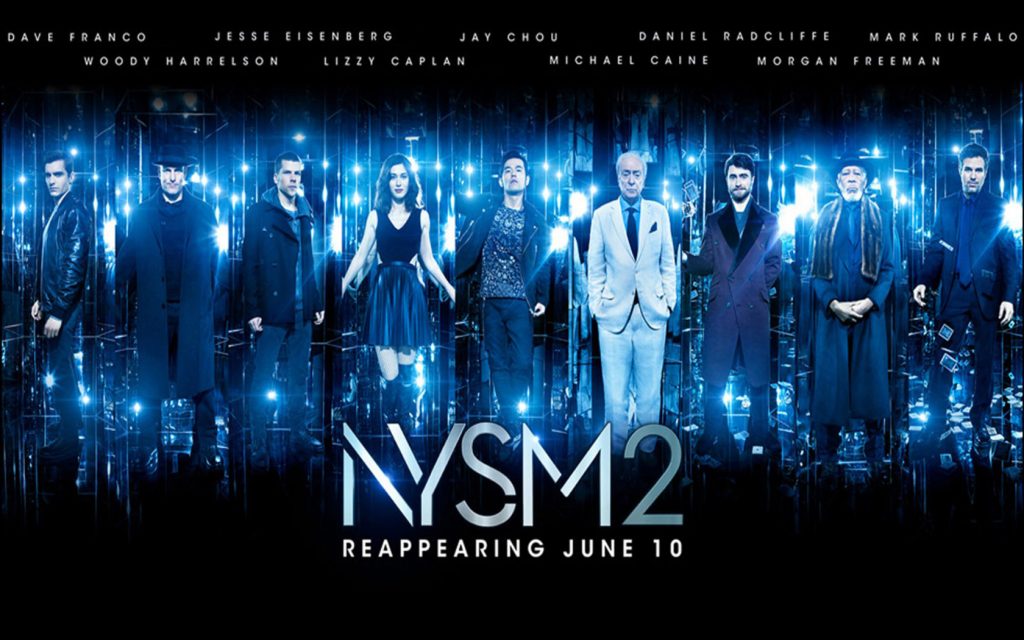 The much-anticipated sequel, Now You See Me 2 features our favorite characters back in action, sans the lovely Isla Fisher. Jack Wilder (Dave Franco), J. Daniel Atlas (Jesse Eisenberg), Merritt McKinney (Woody Harrelson) and Dylan Rhodes (Mark Ruffalo) are joined by Lula (Lizzy Caplan) as the Horsemen make their epic comeback and attempt to reclaim their place in the magic world. The group is in hiding since their last extravaganza and Dylan is still working as a double agent in the FBI, as the Horsemen’s leader, but also the lead investigator trying to find them. The Horsemen have become more isolated and Atlas, in particular, is less and less trustful of Dylan and his workings with the Eye. In an attempt to feel more validated, Atlas begins contacting the Eye. When Dylan finally gives the Horsemen the okay to do a show to expose a group named Octa, the show doesn’t go as planned and is interrupted by a character from their past. As they Horsemen flee from the scene, they are misdirected and end up captured by a wealthy businessman named Walter (Daniel Radcliffe). This is when the Horsemen learn of his intentions and their most impossible heist yet. 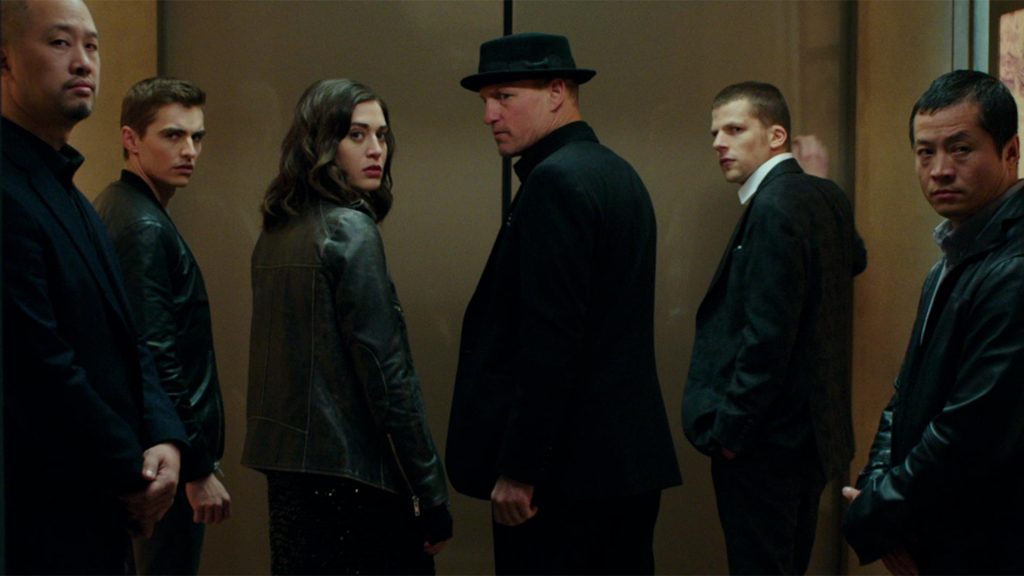 The story in this film is just as enticing and mesmerizing as the first film. It is fun, suspenseful and exciting as we watch the Horsemen and their tricks and antics of misdirection as they work seamlessly to manipulate the world around them. While many sequels suffer from being over-bloated and convoluted, this one is amazing. The pacing and runtime are perfect, and at no point does the film or story drag. This story has so many elements working at once, that it is imperative that the film be well written, and this one truly is. The story and the characters are well written and believable in a world that thrives on the unbelievable and the impossible. The authenticity of these characters and their motives are the driving force of the emotional element that shines so well in the film. The characters are, in a sense, vigilantes and are fighting for something in which they truly believe.

When a major character doesn’t sign on for the sequel, there is an immediate worry about how that loss will impact the story and whether the replacement will work just as well as the original. In Now You See Me 2, Isla Fisher is very obviously absent, but we see the addition of another female Horseman, Lula (Lizzy Caplan). While they do address the absence of Isla Fisher’s character, I feel that it was done in a nice, clean way that didn’t take up too much time or become too overcompensated. The addition of Lula to the Horsemen had me nervous at first. Her character seemed too cheery and goofy in the promos, but she really shines in this role. She has a great sense of humor and provides a great deal of comic relief. The rest of the gang is wonderful as always. Mark Ruffalo has a few scenes that were particularly heart wrenching with emotion, and he played them very well. Many people are excited about the addition of Daniel Radcliffe to this cast, and trust me, you will not be disappointed. While he plays a very interesting character, I will not go into much description, as I do not want to ruin or reveal any more of the plot. Morgan Freeman is back and being awesome Morgan Freeman. 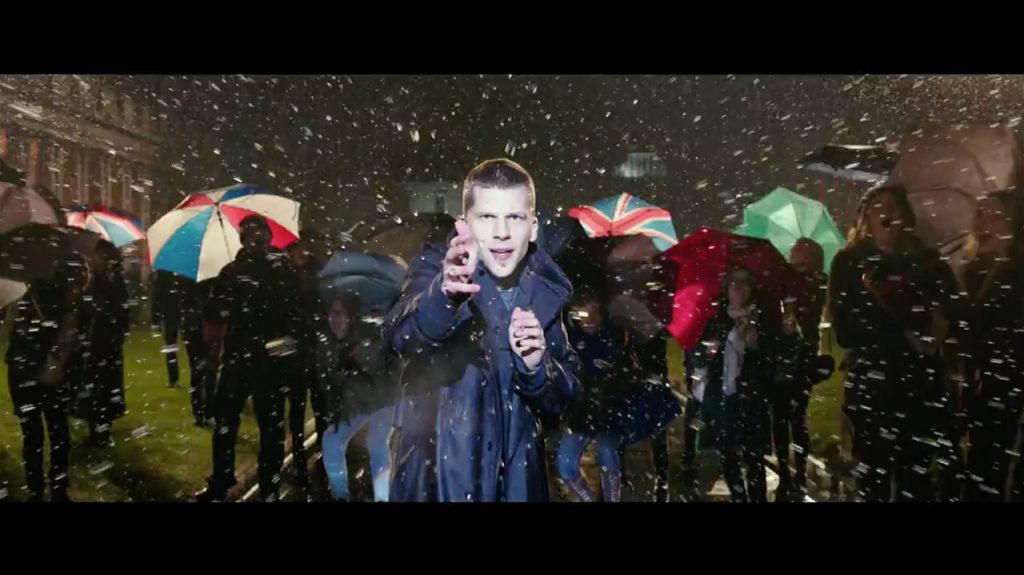 The special effects in the film are incredibly stunning. The tricks and visuals that are used in the film are flawless. They work so well together to weave a visual spectacle that has the audience enchanted. There were scenes in the film that really gave me goose bumps because they were so stunning and awe inspiring. The visuals in this film are so well done that they in a sense completely transport the audience. The film weaves so many visual elements that it is hard to distinguish which is the best. The scene where Atlas manipulates the rain is really astounding and I would say is one of the best scenes visually. There is another great scene where the group has to work together to manipulate a playing card, and it is just thrilling to watch the visual aspect of that scene. The audience even clapped and cheered after that scene.

The intertwining of wonderful storytelling, incredible actors and acting, and exceptional visual effects makes Now You See Me 2 one of the best films this year, and one of the greatest sequels of all time.

“Now You See Me 2” Review: Does It Have the Magic Touch?

Now You See Me 2 Review: Does It Have the Magic Touch? The much-anticipated sequel, Now You See Me 2 features our favorite characters back in action, sans the lovely Isla Fisher. Jack Wilder (Dave Franco), J. Daniel Atlas (Jesse Eisenb...
0
Average User Rating
0 votes
Please sign in to rate.