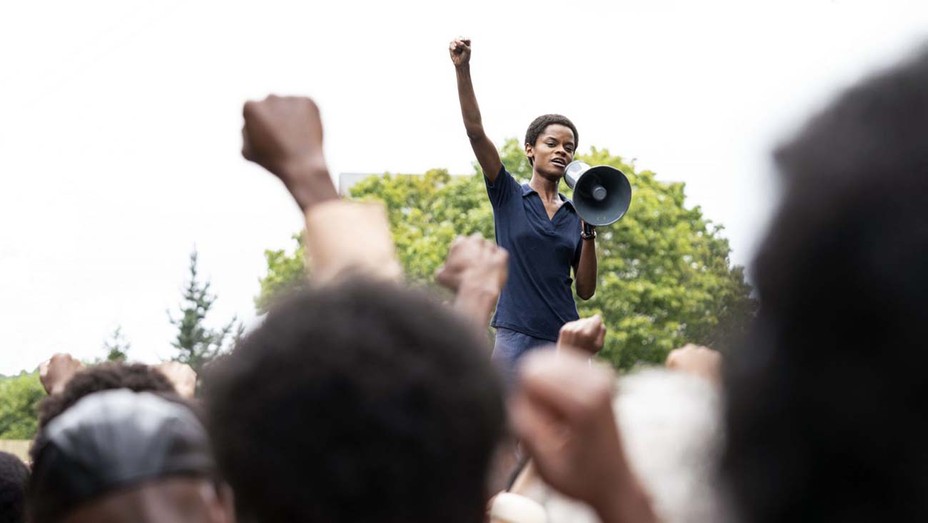 Watching Mangrove the same week that no police officers were charged for murdering Breonna Taylor was…complicated. On the one hand, Mangrove is a piece where, despite the abject cruelty perpetrated against Black people by the police, they are able to push through all the inherent racism built into the justice system and triumph, attaining some approximation of justice. But seeing the Mangrove Nine, a group of London activists charged with inciting a riot in 1970, have their day in court is a stark reminder of all those who were less fortunate. The Black people both in the United States and the United Kingdom who were never given the opportunity to face their accusers, their harassers, and their murderers. Mangrove celebrates their victory, one that represented the first judicial acknowledgment of racism within the London Metropolitan Police, while also serving as a sobering reflection of the injustices and violence still faced by the Black community.

If Steve McQueen’s earlier contribution to his Small Axe anthology series, Lovers Rock, was about cultivating a lyrical, almost hypnotic atmosphere, Mangrove is significantly more narratively driven. It’s as if Lovers Rock was designed to introduce viewers to the West Indian community in London, its culture and music and spirit, and to make the attempted destruction of it by racist police officers and a patronizing, openly dismissive justice system all the more egregious. This is who we are, it says, and this is what you are trying to destroy.

Shaun Parkes plays Frank Crichlow, the owner of the Mangrove restaurant, which has become a center point for the West Indian community in Notting Hill. As such, he interacts significantly with the movement attempting to stop the racial discrimination and hatred aimed at Black Londoners, led by social activist Darcus Howe (Malachi Kirby) and Black Panther Altheia Jones-Lecointe (Letitia Wright). After being regularly harassed within their own neighborhood, and having the Mangrove targeted by the police, they protest against police brutality. 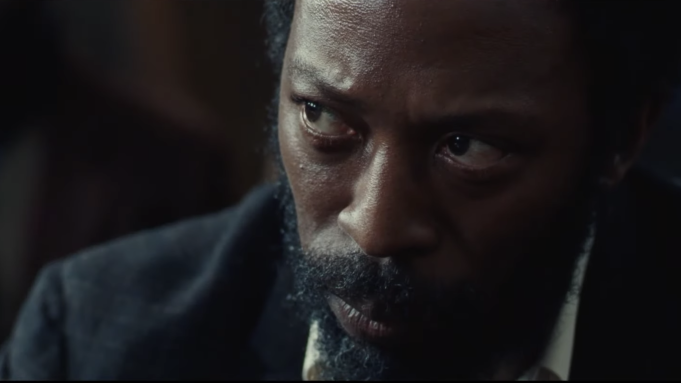 And there’s something eerily familiar about all of this. The desperate marches in the street, and how quickly the police depict their activism as violence. The way bored officers play cards in their downtime, and use certain cards as an excuse to go out and arrest the first Black person who crosses their path. The stubborn and infuriating refusal from both police and judges alike to see Black people as human in the same way that white people are human. This is the UK in 1970, but it’s also absolutely a battle of modern-day Western society. Where the first half of Mangrove (devoted to the protests) is frustrating to watch for all of its cruel injustice, the second half set in the courtroom is empowering. Howe and Jones-Lecointe choose to represent themselves, which gives them the rare opportunity to face their abusers in open court, to question them and tear down every single one of their charges. Their courage, intelligence, and passion are incredibly powerful to watch.

It’s unclear how the entire Small Axe anthology series will be presenting itself, and there’s room for discussions about whether these are films or a limited series. But whichever awards Mangrove finds itself in contention for, Wright, Kirby, and Parkes all deserve to be in the conversation. Their performances bring a depth and pain to McQueen’s empathetic directing style, and he lets the camera linger on their faces with a purposefulness that borders on defiance — even if the natural instinct is to cut away to show the broader scene, we never forget that this is about them and their experiences, and they are rightfully centered.

It’s rare that a filmmaker is able to carry over the energy from action scenes into the courtroom, but if anything, Mangrove reaches a fever pitch when the members of the Mangrove Nine are finally allowed to tell their side of the story. It’s incredible to watch them work as one, refusing any opportunity to seek a plea bargain or easy way out at the expense of the others: their absolute conviction in the justice of their cause cannot be swayed. 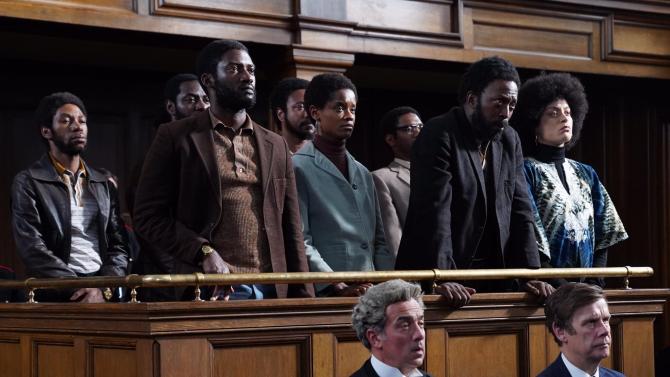 Mangrove is a bold, impactful piece of activist and courtroom drama that revels in a sense of immediacy. Its urgency, rage, and frustration speak to ever-present oppression of the Black community that is as imperiled by the police and courts now as it was then. But as much as it focuses on this injustice, it also presents a glimmer of hope, an example of one specific time where the right people come out on top through sheer force of will. It rejects the notion of politeness as a means of enacting social change, instead of advocating for more aggressive, loud tactics to combat the stuffy propriety of Old Bailey. And as Darcus Howe carefully suggests to a television audience at the beginning of the film, the Black community will only rely on the police to protect it from illegal police actions for so long before they find it necessary to protect themselves. A bold statement, but an empowering one: Power to the People.

NYFF 2020 Review: ‘Mangrove’ is a Blistering Activist Drama for Our Times