Nicolas Winding Refn’s Drive was my favorite movie from the year 2011. The film has its naysayers, but it has also developed a cult following of devoted fans in the past two years. I’m on the latter bandwagon, as I find Drive to be stylishly cool and different – with a quiet but interesting central character, a subtle but effective romance, juicy supporting performances, and vibrant images and sounds. So when I found out that Winding Refn and Drive’s star, Ryan Gosling, were reteaming for a film called Only God Forgives, I was pretty excited.

The opening minutes of Forgives offers a lot of promise, but I’m sorry to say that it doesn’t really live up to it by the end. The film finds Winding Refn mostly pushing (mainstream) audience interest aside and instead just doing what he wants to do. In this case of doing, it’s keenly paying attention to film form and violence and only allowing certain ideas to surface to a level of coherence.

The initial story comes into play after a man named Billy (Tom Burke) kills a teenage prostitute in Bangkok. After Billy gets taken out for the act, his brother, Julian (Ryan Gosling), gets caught in the middle of things. Julian is trying to run a boxing club and deal drugs, but his mother, Crystal (Kristin Scott Thomas), arrives in Bangkok from America and sets the man’s priorities straight. She wants Julian to go after the men responsible for Billy’s death, which includes a sword-wielding cop named Chang (Vithaya Pansringarm). This all leads to the involvement of other criminal types and a whole lot of bloodshed.

Forgives does have a lot going for it, especially in terms of presentation, so I will mention those things first. Winding Refn presents Bangkok as a neon-lit Hell, full of seedy characters, dark red and blue backgrounds, and deep rooms and hallways; he definitely seems to be channeling some of David Lynch’s and Stanley Kubrick’s work at times when it comes to characters and their hangouts. Also, everything is perfectly framed by Winding Refn and Cinematographer Larry Smith, and Cliff Martinez (who also worked on the music for Drive) provides a pulsating soundtrack to go along with the colorful lighting and detailed art direction. Forgives is masterfully crafted at times in terms of such things, but the film falters in its other areas.

The main flaw with Forgives is that it has Winding Refn putting his finger on greatness and never going anywhere with it. The director is terrific at working out the aesthetics of the film, but he seems lost in terms of presenting his “story,” characters, and themes. Many find Drive to just be a style-over-substance film, but I believe that film delivers enough in terms of plot and character function in order for it to have a balance as a crime thriller. Forgives, however, has Winding Refn displaying not one character to actually care about, and then dropping all of his poker-faced characters into a story filled with ugliness. Worse, though, is that he offers up some possibilities for exploring ideas such as the Oedipus complex and incest but then never delivers on them – and instead just offers repeated actions and symbols that may or may not be metaphoric.

Winding Refn also never lets the actors give enough shades to their characters. It is noticeable that the cast tries to deliver more at points, but it seems that Winding Refn would rather be the star and just let the actors be stone-faced most of the time. However, this is not the case for Scott Thomas. She comes across as more of a cartoon character, though her performance does add a bit of liveliness to the screen. But nothing similar can be said for anyone else, including Gosling, who is just blank in the face and seems bored (which is irritating since he gave a subtly powerful performance in Drive, though some will say he did the same thing there (but I think he was more effective in that film)).

Many will also reject Winding Refn’s capturing of violence in Forgives. A lot of the character deaths are portrayed in a flashy or prolonged way, including a brutal torture scene. I didn’t find the violent scenes to be too intense, though, partially because they were not very potent because they had little suspense building up to them. Others may disagree, though, and run for the doors.

Forgives does have flashes of brilliance, and it transfixes with some of its sounds and images, but it too often feels shallow and pretentious. But it also does feel like a film that may need repeated viewings, so it does have that going for it. Winding Refn certainly has some talent behind the camera, but I just hope he starts to focus a bit more on story and character development with his future projects. 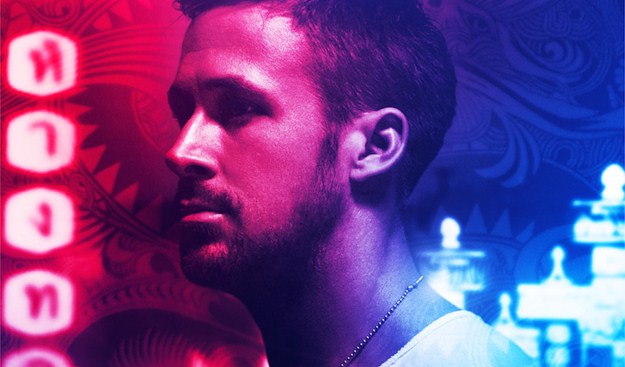 Only God Forgives Review by Daniel Rester              Nicolas Winding Refn’s Drive was my favorite movie from the year 2011. The film has its naysayers, but it has also developed a cult following of devoted fans in the past two years....
0
Average User Rating
0 votes
Please sign in to rate.