2013 looks to be another strong year at the movies, packed full of more sequels and blockbusters. While that is exciting in itself, the smaller films are worth getting excited about too. Here are ten smaller-scale films looking forward to this year.

This remake of the 1980s cult horror classic comes with Sam Raimi and Bruce Campbell as producers, so it will not likely let down fans of the original. The story follows a group of teens who venture to a cabin in the woods and make the mistake of reading from “The Book of the Dead.” Big mistake! The trailers promise lots of gore, but hopefully the film will have a strange charm about it like the original did. Dead hits theatres on April 12th.

This newest film from Alfonso Cuaron is about two astronauts’ struggle for survival after their space station is damaged. The first trailer for this movie doesn’t show much at all, but with Cuaron at the helm and George Clooney and Sandra Bullock starring as the astronauts there is likely to be some greatness found in Gravity. The film hits theatres on October 4th. The draw of Kill Your Darlings so far is the cast, which includes young stars Daniel Radcliffe, Elizabeth Olsen, Dane DeHaan. The film basically follows the gathering of certain beat generation poets after a particular murder occurs in 1944. The film premiered at Sundance to positive reaction, but has yet to have a set release date in 2013.

Writer-director Jeff Nichols (Take Shelter) returns with Mud, which tells the story of two boys who try to help a fugitive (Matthew McConaughey) evade bounty hunters and reunite with his love. Nichols is a true craftsman who has already made two underappreciated gems, and McConaughey seems to be on a role lately, so Mud looks to be promising. The film will be released on April 26th.

This remake of the popular 2003 South Korean thriller is directed by Spike Lee and stars Josh Brolin. Brolin plays an everyday man who has only five days to figure out why he was imprisoned for fifteen years. The original film was stylish and interesting, so hopefully Lee won’t let down with this remake. Oldboy will be released on October 11th.

Drive fans will be pleased to know that director Nicolas Winding Refn and star Ryan Gosling are reteaming for a new film called Only God Forgives. The movie follows a Thai boxing club owner named Julian (Gosling), who sets out to kill the man responsible for his brother’s death. The movie is said to be in the same vein as Drive, so it will likely be very stylish and bloody – and will probably leave people polarized. Forgives supposedly hits theatres on March 28th, though the date may change. Derek Cianfrance, the director of Blue Valentine, returns with the crime thriller The Place Beyond the Pines. The film follows a motorcycle stunt rider named Luke Glanton (Ryan Gosling), who turns to committing crimes in order to provide for his newborn child. Pines received praise from critics at the Toronto International Film Festival, and will likely deliver an emotional punch to audiences. The films will be released on March 29th.

Prolific director Steven Soderbergh returns with Side Effects, a psychological thriller that deals with a woman (Rooney Mara) who experiments with prescription drugs. This is Mara’s first big film since the American version of The Girl with the Dragon Tattoo, and her and Soderbergh are likely to work well together. There is also the benefit of having Jude Law and Channing Tatum in supporting roles. Effects will be released on February 8th.

Trance marks the return of director Danny Boyle, coming off of Slumdog Millionaire and 127 Hours. The film revolves around an art auctioneer and a hypnotherapist trying to recover a lost painting. While the movie doesn’t look to be in the same league as Boyle’s previous two films, his usual kinetic and colorful style will likely be applied and result in another strong film. Having James McAvoy, Rosario Dawson, and Vincent Cassel in the cast doesn’t hurt either. Trance has a March 27th release date for the U.K., but has yet to pick up a U.S. one. 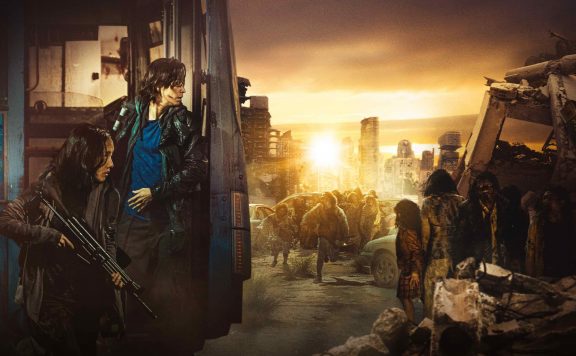 Opinion: 10 Non-Blockbuster Films to Look Forward to in 2013 – by Daniel Rester

“10 Non-Blockbuster Films to Look Forward to in 2013” by Daniel Rester 2013 looks to be another strong year at the movies, packed full of more sequels and blockbusters. While that is exciting in itself, the smaller films are worth getting...
0
Average User Rating
0 votes
Please sign in to rate.