Do you ever see through the illusion of prestige? The Outfit is a well-made crime drama with perfectly fine performances and a twisty plot that seems like elements one could similarly find in lesser movies. It honestly feels akin to something director Guy Ritchie could make, with the difference being that everyone isn’t as loud. That goes to show just how far the presence of Oscar-winner Mark Rylance can take a movie, even after unspooling the film to find there isn’t too much depth to what’s taken place.

Set in post-WWII Chicago, Leonard (Rylance) is an English cutter (more advanced than a tailor) who learned his trade from London’s world-famous Savile Row. He is currently operating out of Chicago in a small tailor shop that happens to also be a drop spot for gangsters. One fateful night finds Leonard unwillingly helping out some of these mobsters to clean up a mess composed of gunshots and an incriminating recording made by a rat in the crew.

It’s not before long that anyone will realize The Outfit never plans to leave the shop. This is a film relying on one primary location. It becomes up to co-writer/director Graham Moore to continually find ways to keep the proceedings interesting. Again, this is where the notion of what kind of film The Outfit is can determine what to expect. Rather than something kinetic and flashy, there’s a more seasoned approach thanks to the efforts of cinematographer Dick Pope and editor William Goldenberg. 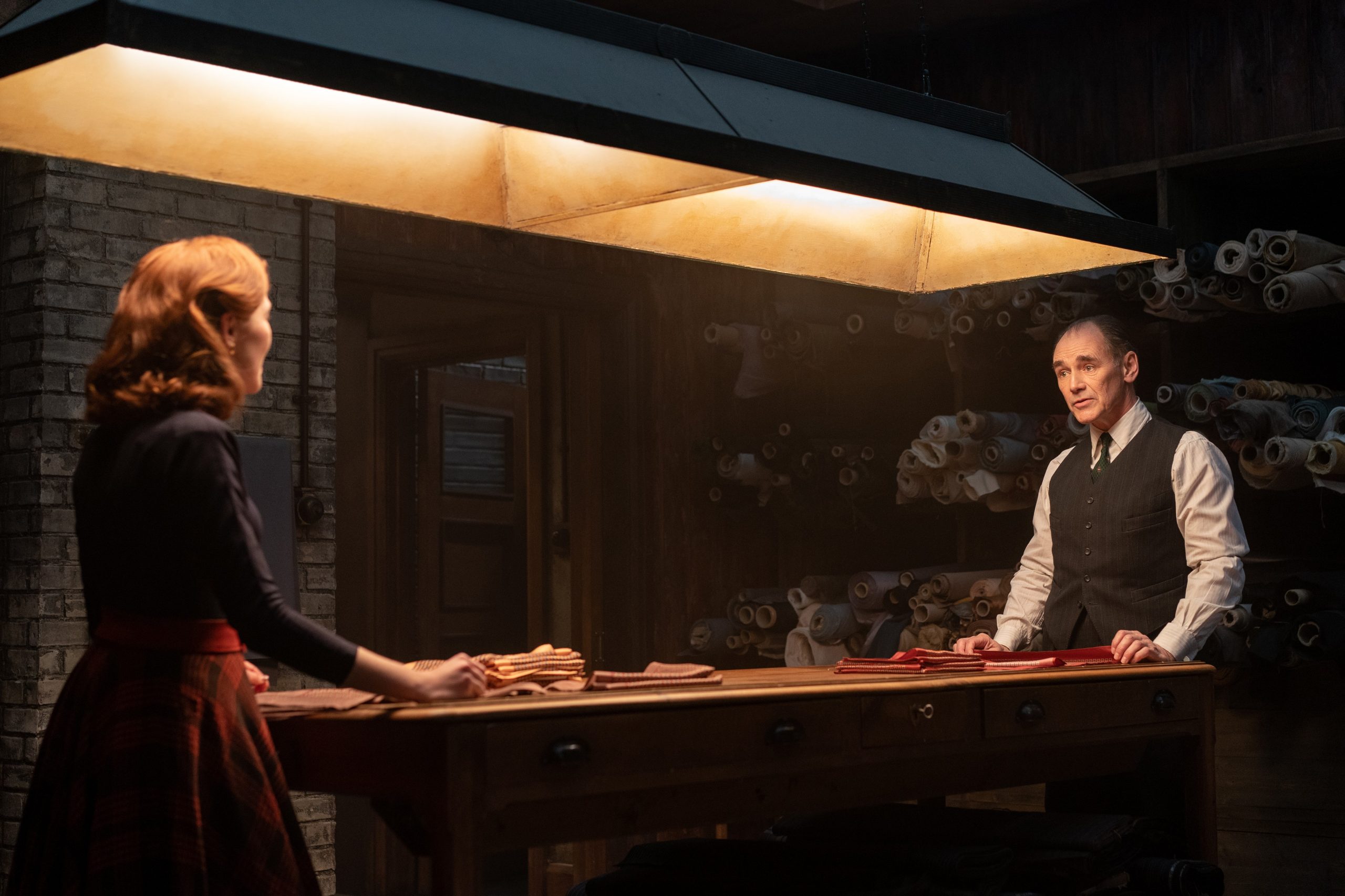 With a somewhat low-key vibe, the film’s sense of tension largely amounts to younger gangsters Richie (Dylan O’Brien) and Francis (Johnny Flynn) pointing their guns at various points to intimidate Leonard. The talented tailor may not lose his cool under this kind of pressure, but it’s a credit to Rylance that he can play into a certain level of fear while also remaining a gentleman through all that takes place. It’s a choice that informs the rest of the film, as so much of The Outfit features characters doing a lot of talking to establish the type of person they are.

The film is never uninteresting in this regard, as the performances are strong, and the different mobsters and Mable (Zoey Deutch), Leonard’s secretary, are given enough to do. Much of how well this comes together is based on the MacGuffin and how the characters circle its importance. Last year, Stephen Soderbergh built a sprawling crime film around a MacGuffin as well in the terrific No Sudden Movie. The Outfit is a different sort of film given the limited location usage, but I only point it out because there were some additional layers to look at beyond the gangster element.

Does The Outfit need more to say beyond how one can assess someone’s character when push comes to shove? Not necessarily, but given the different characters we are introduced to, after a while, the game being played begins feeling a bit redundant. With many people revealing various alliances throughout the runtime, seeing the core of the plot being circled around with only so many ways to mix it up makes me wish more could have been done with the mob bosses introduced later into the film. 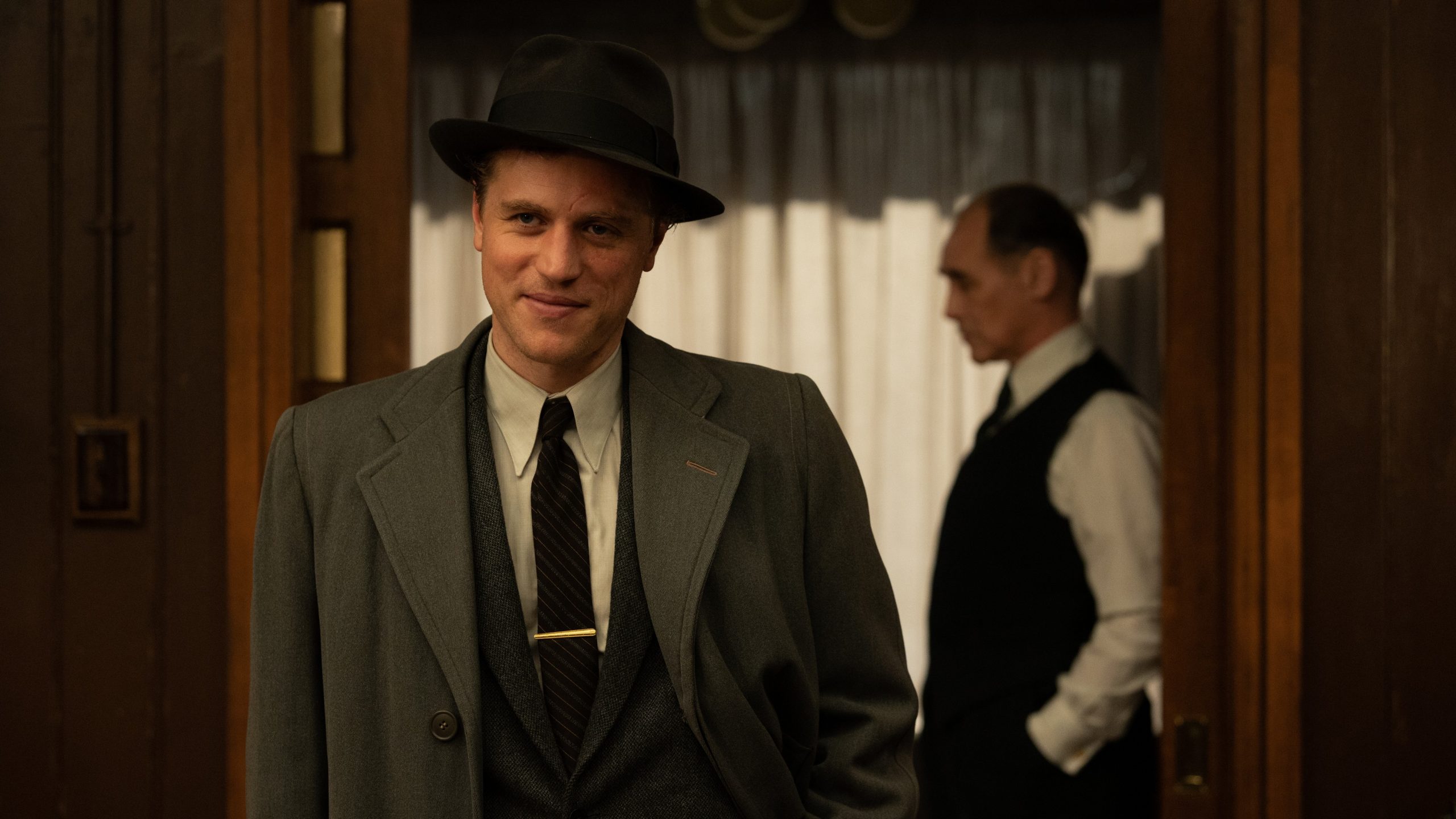 However, there is a good side to all of this. While not the most innovative of features, I cannot deny the strength that comes from Rylance when he is right in the zone. Perhaps a proper Englishman dealing with gangsters doesn’t seem like too much of a stretch, but I did appreciate how we learn more about this man and his worldview. It’s not exactly Terence Stamp in The Limey (another crime-themed Soderbergh flick), but the clear experience coming from this character shines through well thanks to how Rylance plays him. Plus, he makes a killer suit.

Whatever its shortcomings, The Outfit does manage to get by on a lot of charm. It comes in the form of a solid lead performance and enough old school style to help push the film through its familiar plotting. This is a polite mobster movie at the end of the day. For all the threats of violence (and possible bloodshed), there’s something to be said about a man who just wants to quietly make his suits and not cause a fuss. I can respect a film for making a meal out of this quaint setup and looking proper while doing it. 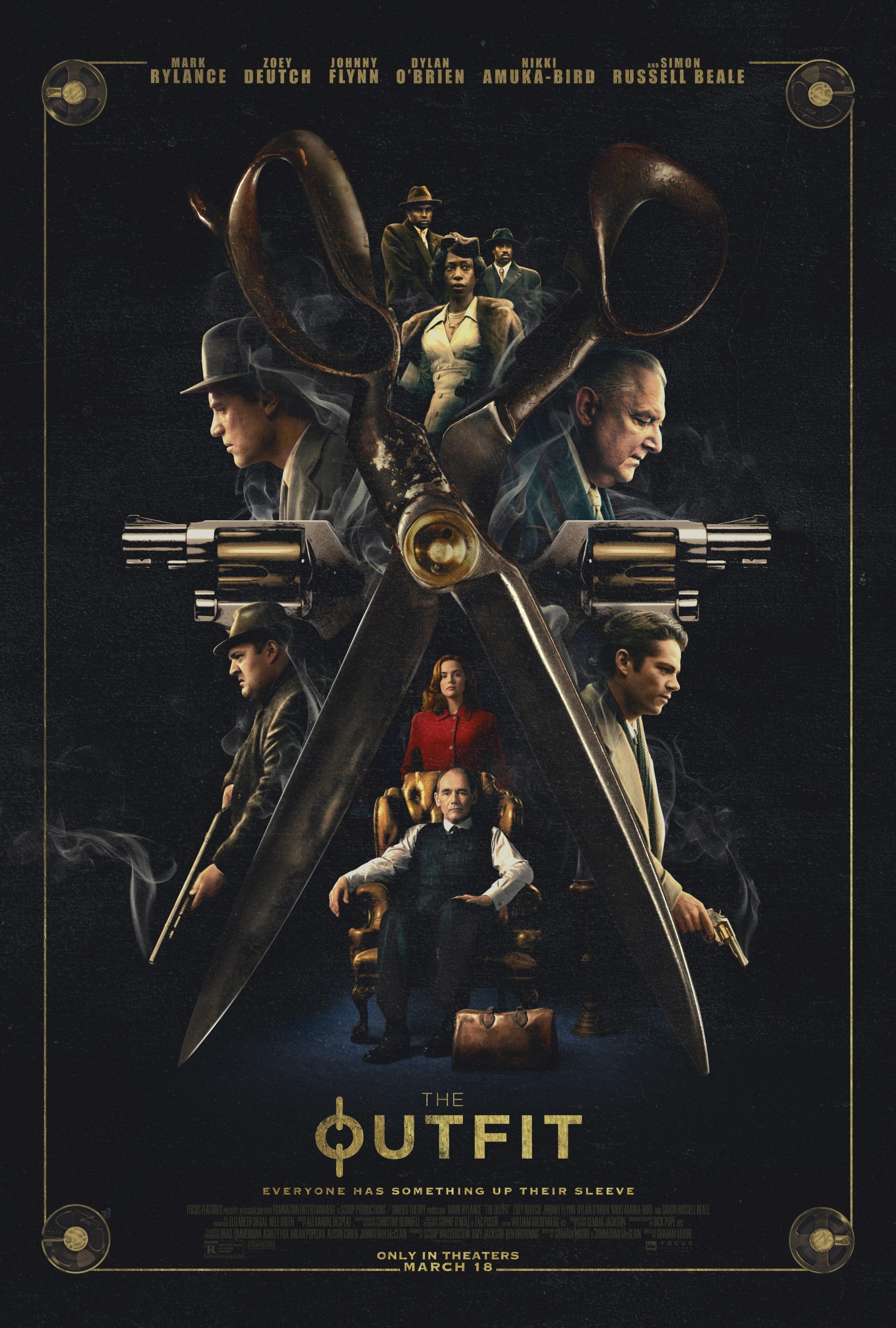 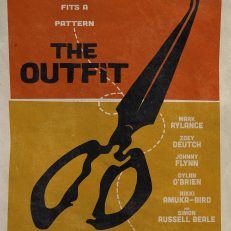 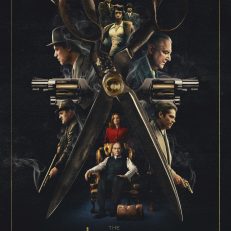 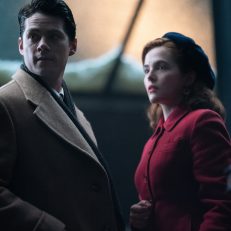 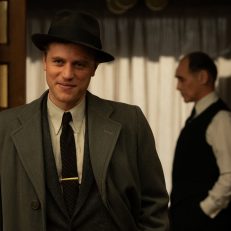 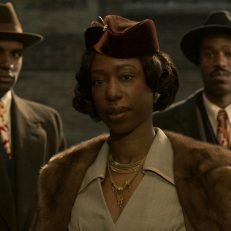 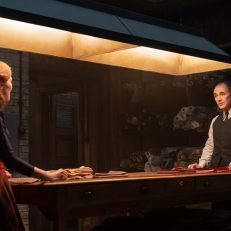 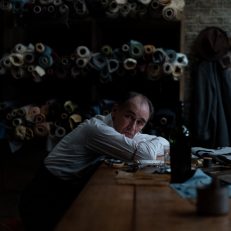