While unintended, given when the movie was made, The Outside Story is being released at a significant moment in time. The film concerns a broken-hearted introvert who is forced to be outside for a good portion of his day. That could normally provide a fairly straightforward character comedy, but there’s currently an added weight to something so simple. Being available to be watched by those who are now struggling with how to return to a more familiar lifestyle, given the toll taken by the Covid-19 pandemic and everything else that came with the previous year, could this film serve as some sort of lifeline?

Honestly, The Outside Story is not that deep. The film couldn’t have even predicted what was to come. It was filmed back in 2018 and originally set to premiere at 2020’s Tribeca Film Festival before being postponed. Now, however, this is a New York-set film focused on a Black man with a nice apartment who must deal with strangers, police officers, and his struggling relationship. The film is light on its feet for the most part, and at 80 minutes, it’s not intent on providing much of a deep exploration of any of the areas it briefly puts a spotlight over. However, it does show what can be done in establishing a sense of community in the midst of having a man learn more about his inner self.

Brian Tyree Henry stars as Charles Young, a video editor whose girlfriend, Isha (Sonequa Martin-Green), is on the verge of leaving him. While heading outside to grab some food from the delivery man, a lapse of judgment results in Charles being locked out of his own apartment and stuck in polka-dot socks, no less. Now Charles must force himself to meet his various neighbors in hopes of finding some way to get back inside his home while also coming to understand that everyone has issues, and perhaps communication with the outside world may do everyone some good. 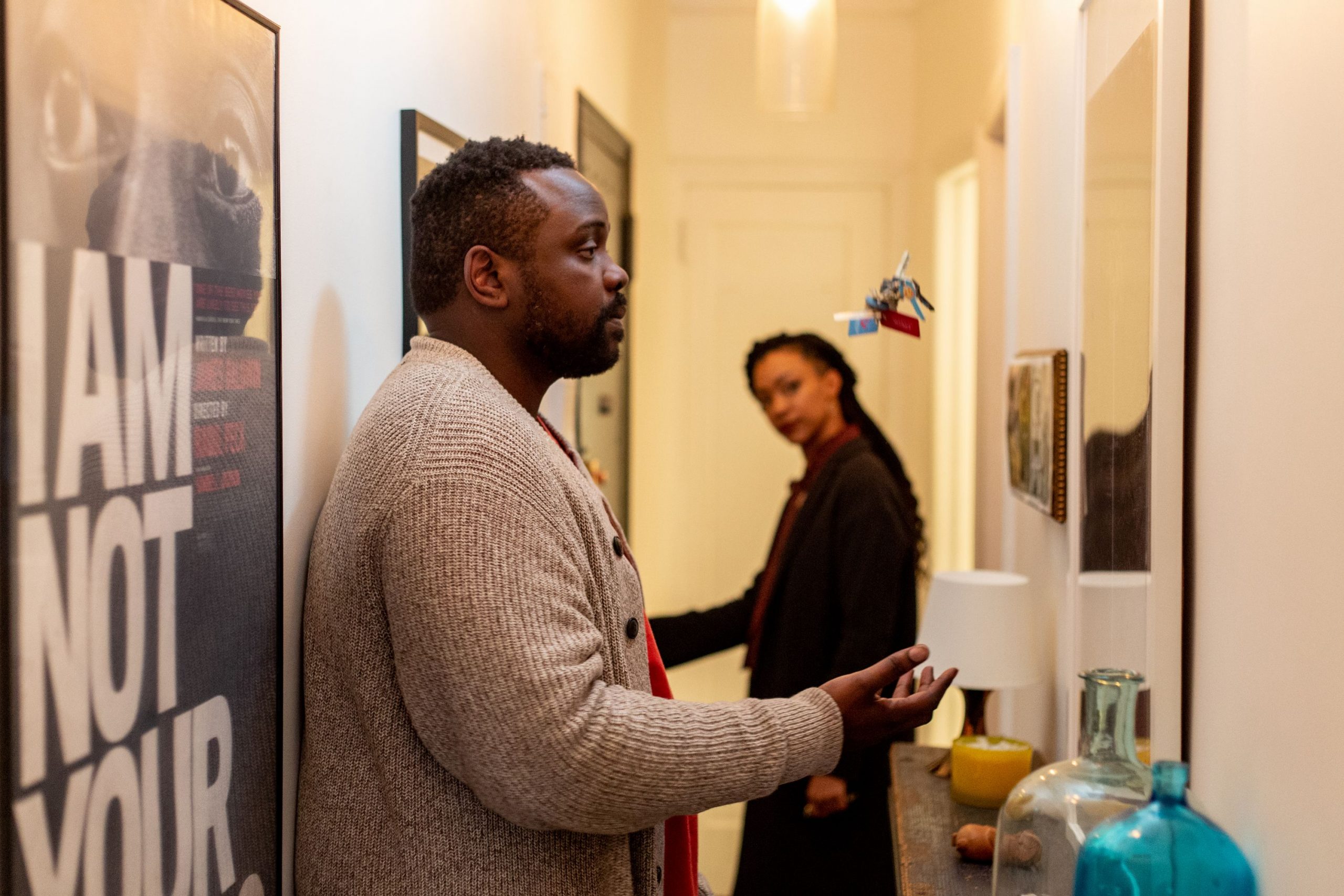 It’s important to look at Henry here, as this is his first lead film role. The Tony-nominated actor has done stellar work on the series Atlanta, in addition to providing solid support in other films (he could have earned an Oscar nomination for his appearance in If Beale Street Could Talk). Here, the actor gets a chance to carry a whole feature, and it’s a solid effort. In a film that wants to balance Charles’ struggles by introducing a myriad of quirky supporting characters, there’s never a loss of understanding whose story this is. Henry’s role requires him to feel constantly exacerbated and outmatched, despite his own logic he feels he’s abiding by to suitably fit in his current station. It makes for a humorous performance that we know is backed by a sense of pain, given the character’s recent split.

Or course, that isn’t to say these supporting players don’t add anything. Popping up in the film, you have neighbors, including the man upstairs (Michael Cyril Crieghton), with his own open and complicated relationship. There’s also the observant and talented young piano player (Olivia Edward) and her overbearing mother (Maria Dizzia). A friend (Matthew Maher) has lots of keys and no real answers. Plus, there’s a meter maid (Sunita Mani) with seemingly no drive beyond ticketing people mere minutes after their time expires.

That last one sticks out, given all of the relevant news, protests, and concerns involving police in the past year. With Mani, a woman of color, viewed as a pest to the various characters for all of her ticketing, this is a far cry from Do the Right Thing. Still, one could wonder how the levels of collaboration work as far as making a deliberate casting choice to evoke a near fantastical ideal as far as the struggles these characters face. 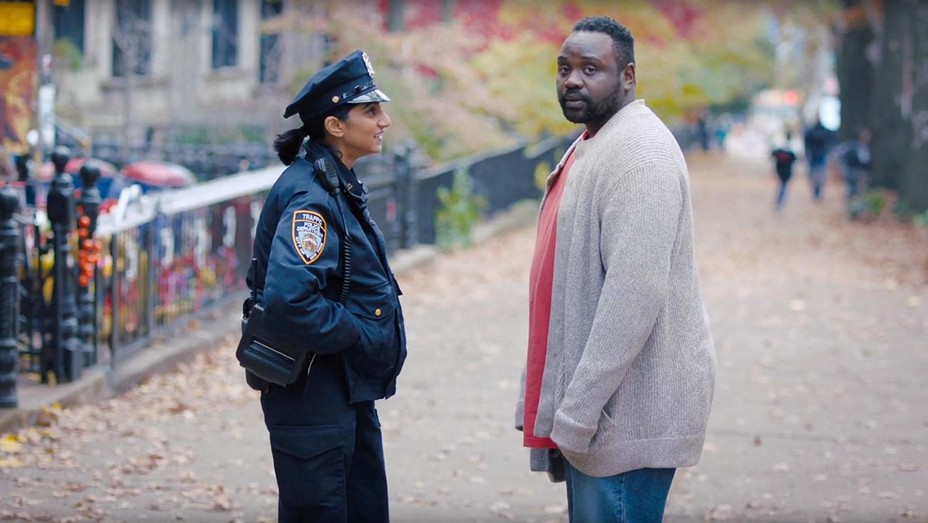 Writer/director is clearly not concerned in this regard. The film is largely a farce, with drama related to the emotional beats revolving around Charles and his girlfriend, Isha. Does that make the film poorer? No. a pre-pandemic feature that’s not tackling larger themes is not inherently wrong for limiting its scope. Still, for a film that finds a character leaving his own personal space and connecting with various people outside his home, there’s a possibility of danger that certainly enters his mind.

This is where the strength of performance does come in once again. While there’s an energy level and a physicality that certainly promotes comedy over anything, Henry is a smart enough actor to know how to hold onto the mindset his character is in. He’s a man who is hurting and not interested in doing more than his work (which involves pre-writing obituaries to older celebrities, a running gag in the film) and struggling over his own position as being a good boyfriend. As he sees with his neighbors, things are complicated, and upsetting a routine can be annoying and refreshing. 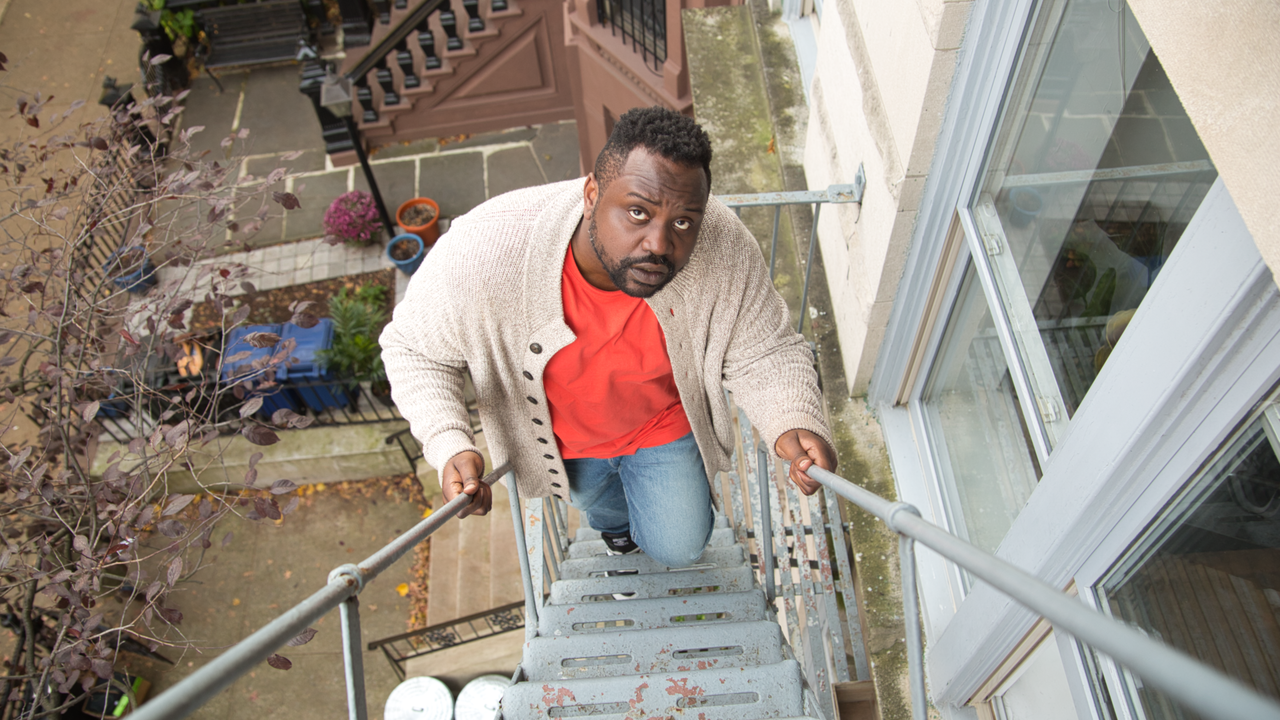 Now being outside in the world, it’s not as though that’s a nostalgic concept, but there’s an almost fantastical touch when watching people casually walking on the sidewalk or seeing groups form around small sales outside some of these brownstones. That said, the more encouraging factor is how willing people are to stop and talk things over. New York is generally seen as too aggressive a place for things to actually play out that way, but Nozkowski is not concerned with this. For his movie, he wants people to exist as they are, except as the version that has more to say, without drawing things towards giant arguments (or at least not ones without laughs).

All of this makes The Outside Story a charming enough film, with enough sensitivity to make its exaggerated portrayal of New York’s warmth play out in a fun way. For a time when more positivity could be a great benefit at a point where people are starting to have the ability to safely go outside, perhaps there’s enough here to make that more of a comfortable transition. The outside world is waiting. 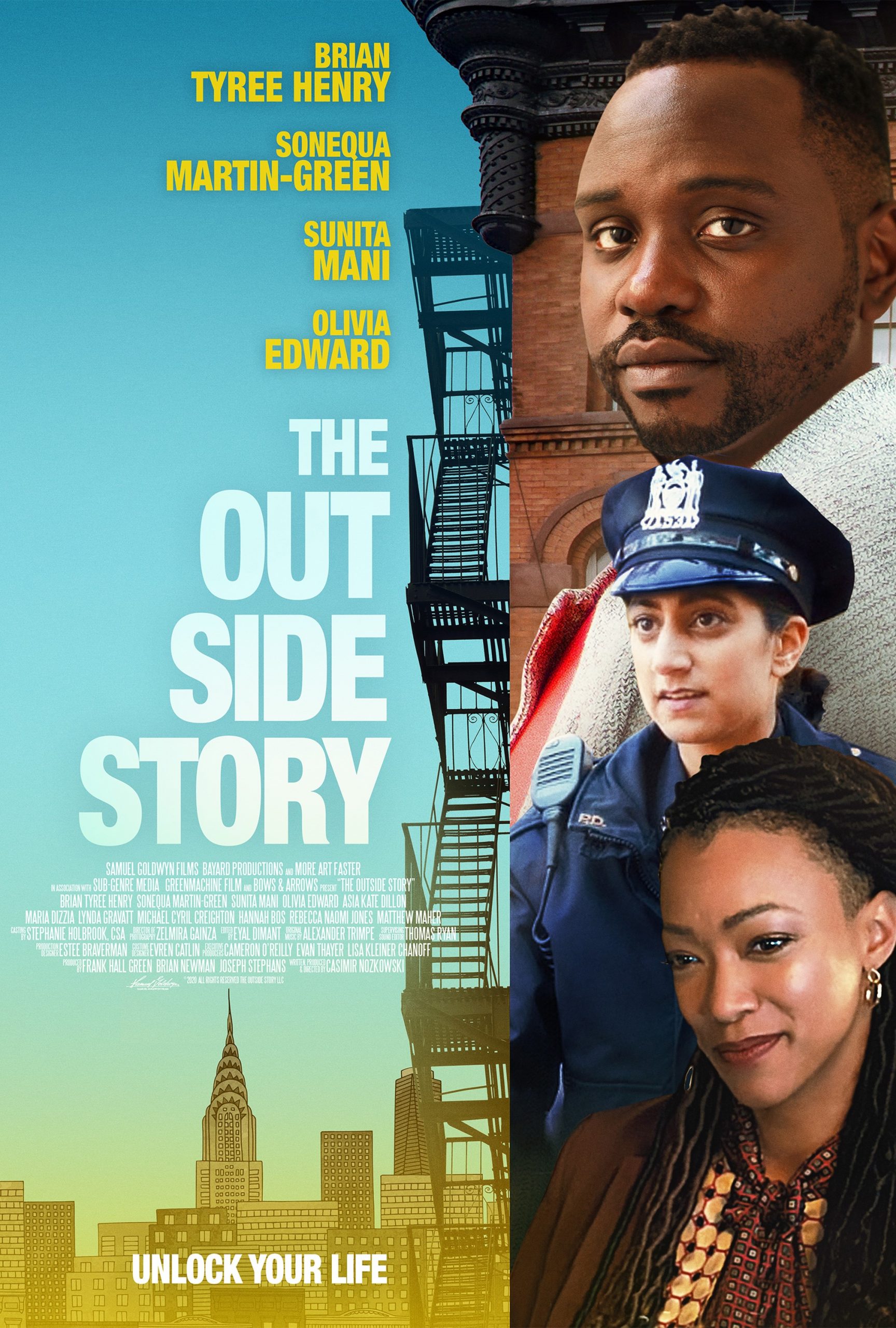 ‘The Outside Story’ Review: A Timely Outdoor Return 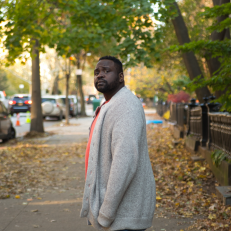 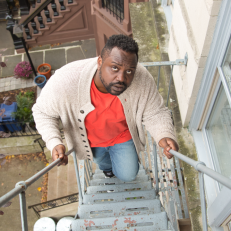 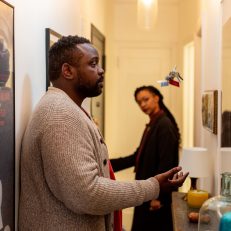 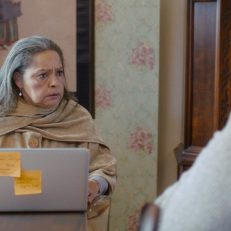 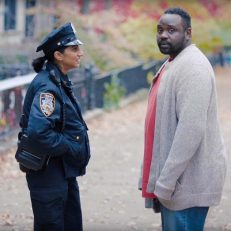 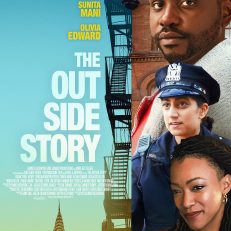