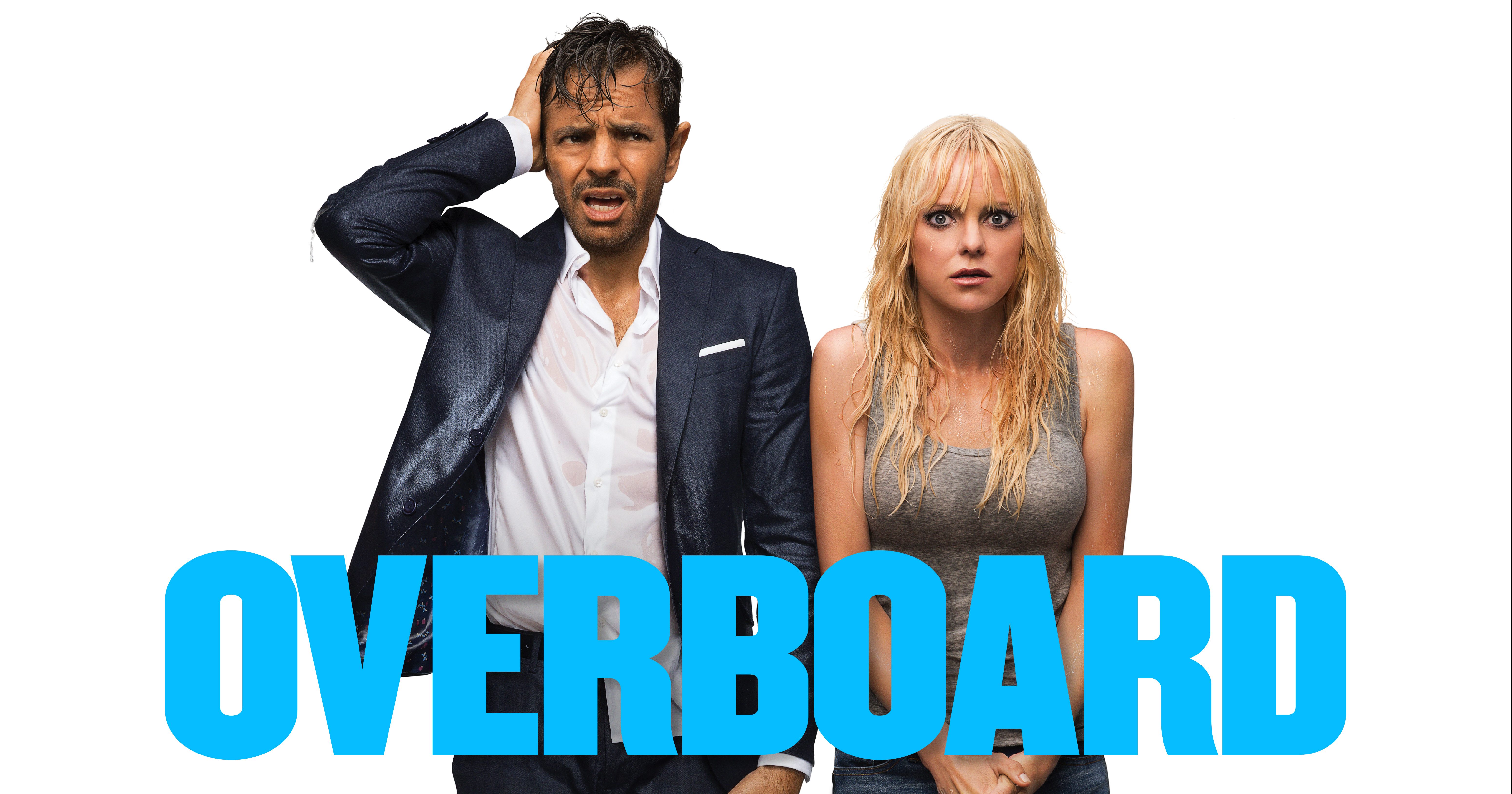 Overboard starring Anna Faris and Eugenio Derbez is a remake of the 1987 film of the same name starring Goldie Hawn and Kurt Russell. While I’ve never seen the original, I am told that this remake features a gender swap of the original characters. Eugenio Derbez plays Leonardo, a very wealthy and frankly spoiled Mexican man who enjoys partying on his yacht and having people wait on him hand and foot. Once docked in Elk Cove, the steward calls for a cleaning person to clean up the mess he had created with his last party. Anna Faris plays Kate, the cleaning woman and mother struggling to go to school and raise her three girls all alone. Their interaction was less than cordial, and Leonardo treated her with such disrespect and even pushed her off the ship. As fate would have it, Leonardo ends up falling off his boat later that night, suffering from amnesia and back in Elk Cove with no one to help him find out who he is. Kate uses this opportunity to trick him into thinking she is his wife, get him to help take care of the house and the kids so she can study, and get back at him for being such a terrible person.

The film starts incredibly slow with an over-bloated intro to who our two main characters are. It could have used a couple of minutes shaved off as it was straightforward and simple to figure out our characters and their motives. The first thirty minutes or so are rough to watch and don’t provide many genuine laughs, but luckily the film picks up after that. The film relies a great deal on the charisma and charm of Eugenio Derbez’s character. Once he takes over the role of husband, we get to see a softer and more caring side of him as he figures out the ins and outs of his new day to day life. This is where most of the laughs are found as well. Leonardo, or Leo as Kate calls him, gets a job with Kate’s boss’ and friend’s husband, Bobby (Mel Rodriguez) who owns a construction company. As Leo, who has presumably never worked a day in his life, tries to do a heavy and demanding construction job, we get some hilarious moments. 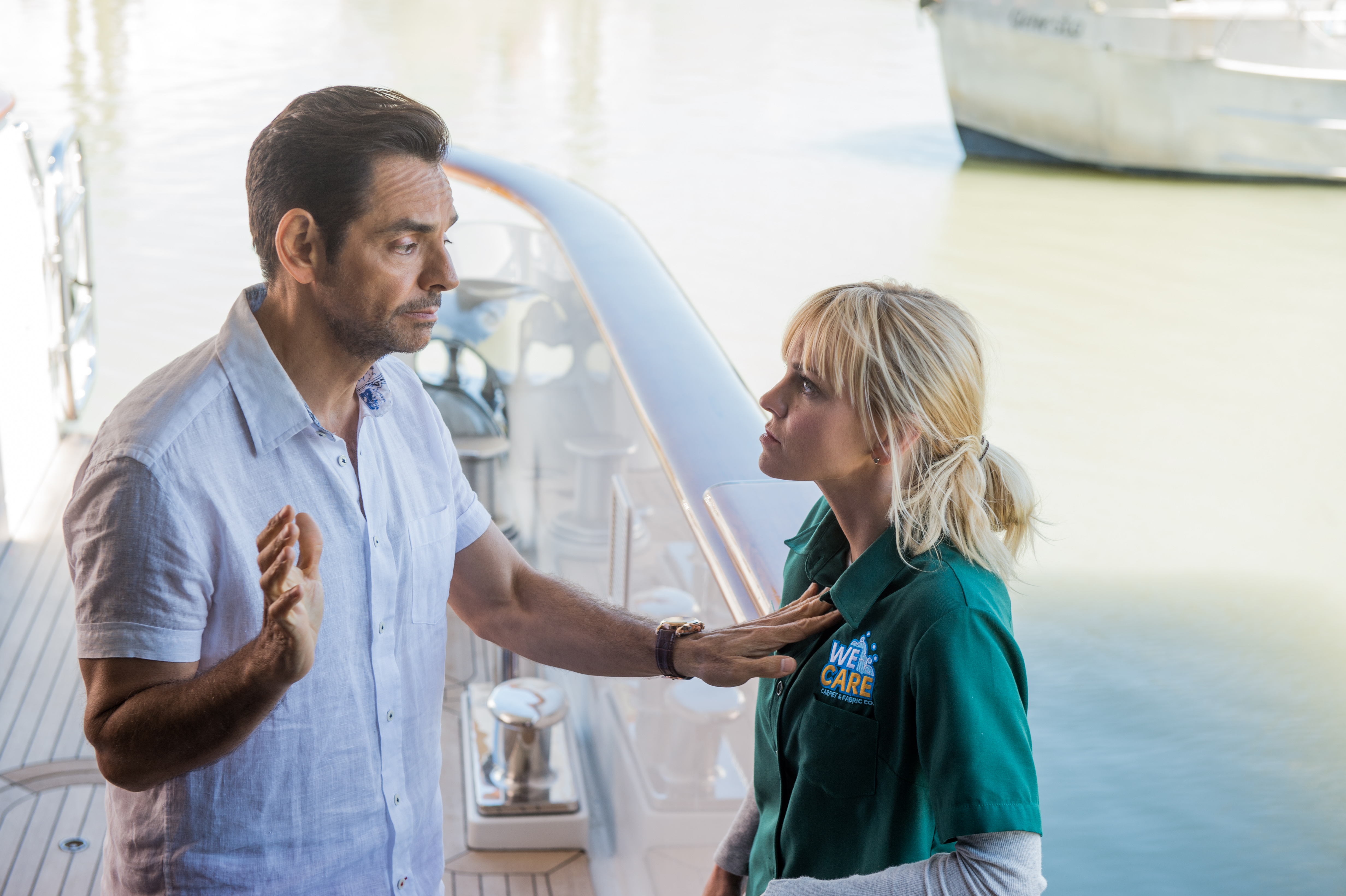 Make no mistake, the star of the film is Eugenio Derbez, but the secondary characters he interacts with bring more life and humor to his character and story as well. Bobby and the guys who work construction with Leo bring the laughs. They call him Lady Hands and egg him on with a natural rapport. The chemistry between the guys in the story is genuine and sweet. We are even treated to moments where these characters get to the heart of their emotions but never lose their sense of humor. The older man,  Vito (Jesús Ochoa) and his obsession with the Godfather is fantastic especially when he is talking to Leo about being a man. I could watch that scene over and over again. The scene with the wheelbarrow is probably one of the funniest scenes in the film. I appreciate that most of the humor shied away from being overly sexual. Many modern comedies focus too much on gross-out sexual humor. While some parts of the film tend to be a bit adult, this is a film which can be enjoyed by different ages and families.

In addition to the construction workers, Leo’s character was enhanced by his interactions with Kate’s daughters gave us another dimension to his character. He develops genuine love and protective nature for the girls. From cooking dinner for the girls to playing games with them or taking them to the park, we see Leo changing. The small interactions allow for Eugenio’s charm and charisma to shine, making the audience love his character even more. 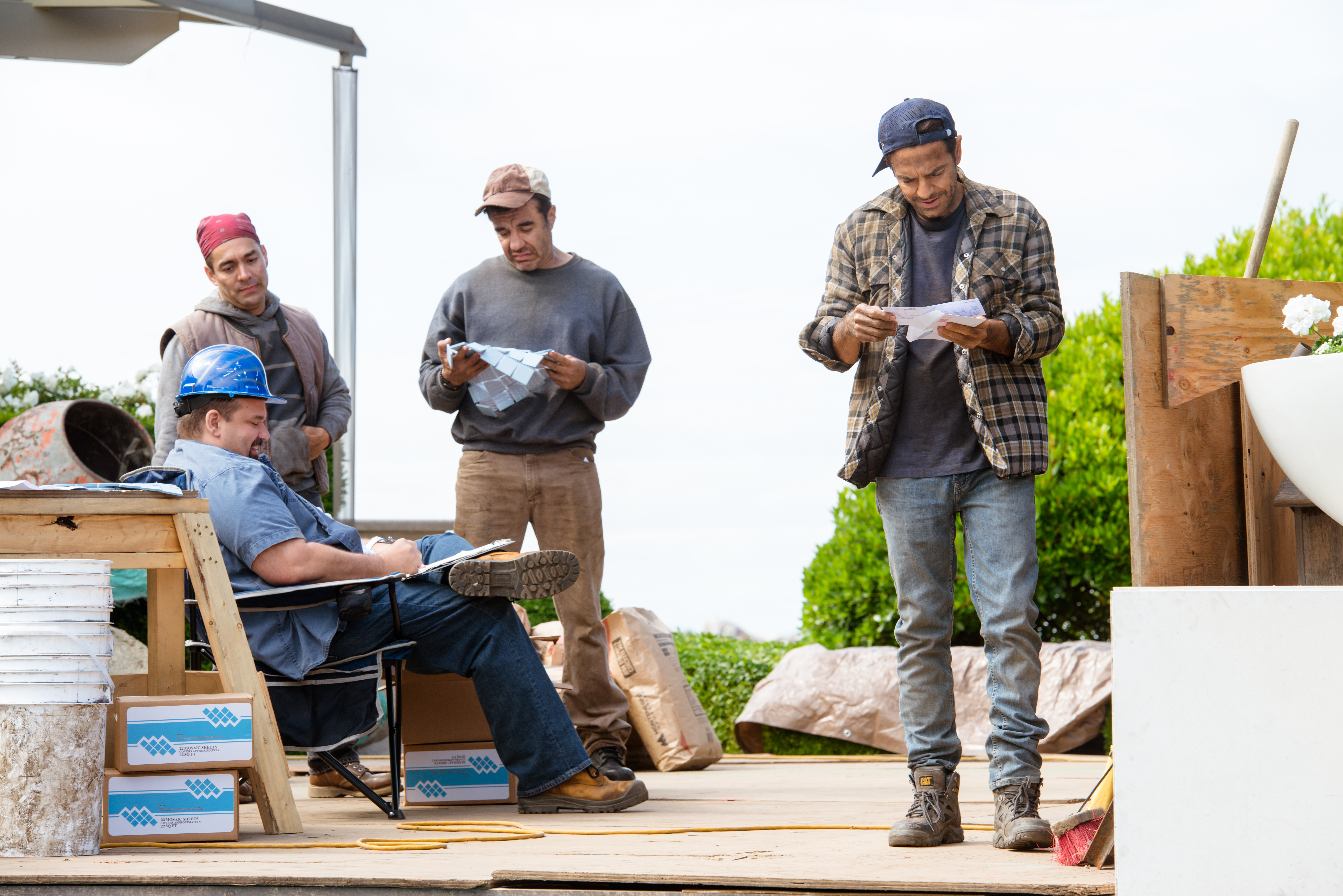 Sadly, the relationship between Kate and Leo is the one that suffers most from the lack of development. While we were able to see Leo become stronger, more hardworking, and loving, we don’t get much of that development in his relationship with Kate. Anna Faris does little to inspire the audience to feel the love between the characters. She played her emotions a little to close to the chest and therefore, not letting it transfer to the audience in the end.

I loved the fact that the film plays on the telenovela concept in more than one way. From the beginning of the film with the pizza workers watching and commenting on them, to the use of the security cameras for the Norweigan crew on the ship, the telenovela story ran strong. The way in which the film handled Leonardo’s family and their actions highlight that soap-opera/ telenovela drama. I appreciate the film working with that theme as well as keeping most of the interactions between Spanish-speaking characters in Spanish. I think this allowed for a heightened level of authenticity in the storytelling and in the characters’ performances.

All in all Overboard is an oddly heartfelt and entertaining film which highlights Eugenio Derbez and his charming nature. The film bets on him to create a sense of loving and appreciation for the character and he delivers. While lighter on the romantic aspect than I expected, Overboard does provide a great deal of humor, fun, and heart. 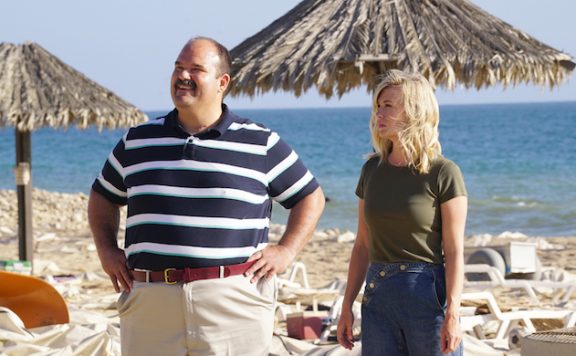 Exclusive Interview: Mel Rodriguez on The Last Man on Earth and Overboard
October 1, 2017