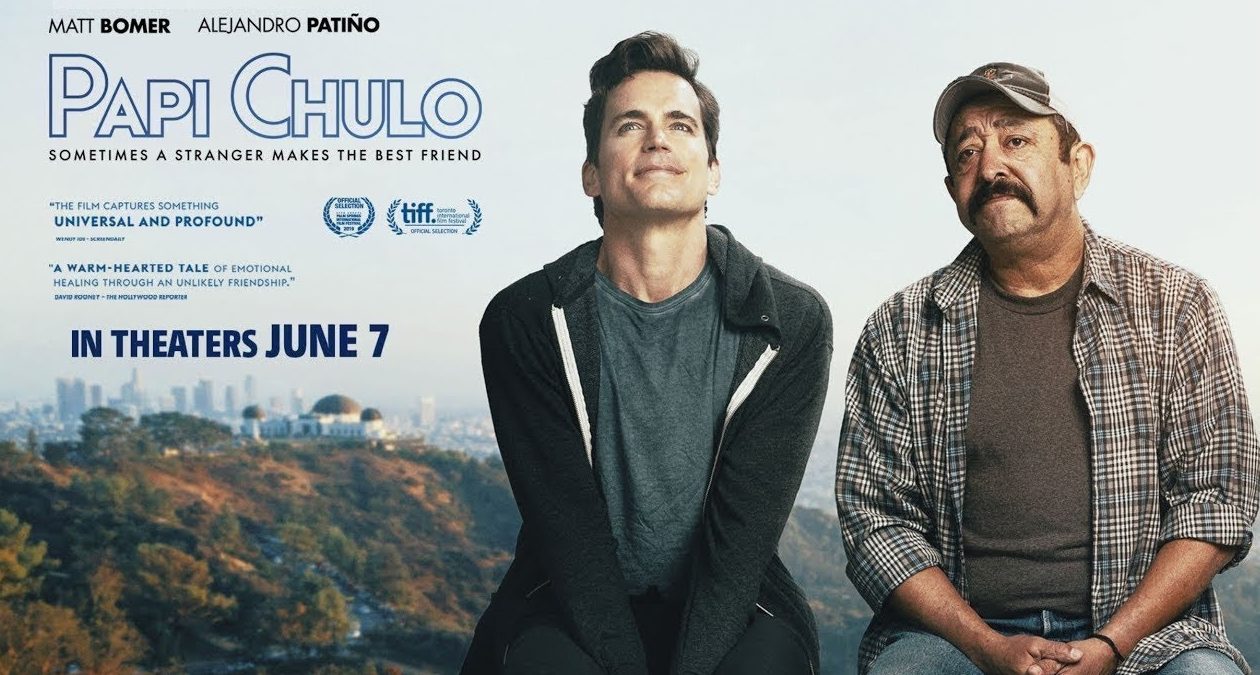 With the rise of social media and how we tend to communicate with each other, there is something sublimely refreshing about two people making a true connection. And I mean a real honest to goodness human connection. In the independent new feature PAPI CHULO, not only will you find that, but it’s one that is wholly and refreshingly original. The story revolves around a weatherman who is suffering from loneliness. To be fair, I could go more into why he is alone but because of how the story plays out, I believe it would benefit the viewer to go in knowing very little about that. In fact, this is the kind of film that may be so incredibly subtle, but the subtext and how things progress should be experienced with an open heart and open eyes.

Matt Bomer is Sean, a local weatherman who has an unfortunate emotional break down on-air. When asked to take some time off, Sean obliges but has trouble finding any meaning or direction without his job, or his ex. In an effort to keep his sanity he decides to fix up his patio getting rid of any evidence of his past heartbreak. While driving near a home improvement store, he decides to stop and try and get some help from one of the migrants looking for work. It’s there when he meets Ernesto (Alejandro Patiño), a family man looking to make a life for his wife and five children. Sean cannot speak Spanish and Ernesto cannot speak English. Even still, Sean finds comfort in Ernesto and the two develop a surprising, yet incredibly unique friendship.

Matt Bomer is an incredibly talented actor, even though he hasn’t quite hit leading man status in feature films. However, he was terrific in the series White Collar, and he has given several memorable performances including MAGIC MIKE, THE NICE GUYS and more. However, like Sean, the actor gives one of the most sympathetic and heartbreaking turns of his career. This is a man who is lost, yet even his occasional self-pity never comes across as pathetic or self-absorbed. While Sean is certainly not perfect, especially in the way he inserts himself into Ernesto’s life, he does so with such sincerity that it’s impossible to not feel for the man. Bomer’s work here is honest and heartfelt, and perhaps one of this year’s best performances… at least so far. 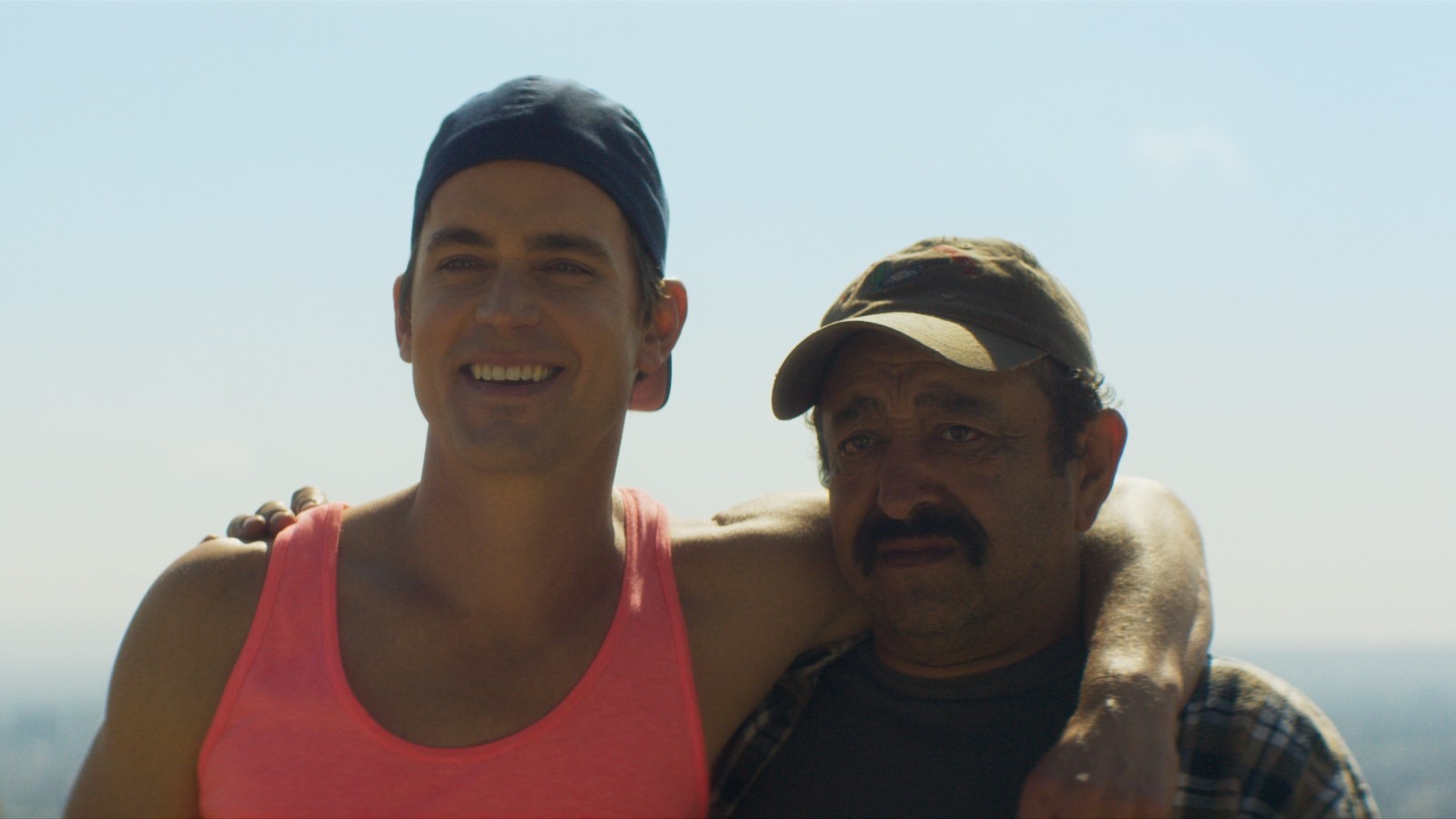 The biggest surprise here, of course, is the exceptional Alejandro Patiño. Instead of simply playing for the stereotype or going overly comedic, the talented character actor (what an impressive resume he has) brings a disarming beauty to Ernesto. The two actors play off each other especially well, and the lack of understanding of words never lessens the impact of the story. In fact, it’s the lack of understanding between the two that really makes this work. As Ernesto deals with this strange fellow who pays him to not only paint his deck but go hiking or canoeing, the actor is perfect as a non-judgmental figure in Sean’s life. Certainly, Bomer has a more showstopper type role, yet it wouldn’t have worked without Patiño’s understated and lovely portrait.

Written and directed by John Butler, PAPI CHULO manages to create a dynamic relationship between two very different men. As simple as this story is, it certainly is far more powerful than many politically motivated features. Without forcing the audience to subscribe to a belief system, this story instead invites the viewer to be a part of their world. Ernesto has very real fears when it comes to his family living in America. And with Sean, he appears to have a sympathetic, and slightly romantic take on their relationship. As basic as that is, it speaks volumes about the world we live in. And yet, the humanity and heart that is expressed brings humor and hope to these two. And when we find out more about Sean’s broken relationship, it becomes all the more poignant and meaningful.

PAPI CHULO is a beautiful feature with one of the most surprising on-screen relationships I’ve seen in quite awhile. And it’s all the better for it. Patiño is terrific here, and he plays perfectly off of Bomer. And yes, Bomer gives a sensational and emotionally complex turn as a man dealing with his own fears of being alone. This is not a romance, but it is about love. Perhaps some will see this and find a deeper understanding of those whose lives we don’t understand or connect to. Either way, if you are looking for a truly original work then you should seek this out immediately.