Oh, I so wanted to say Phranchise Phred Approves Phantasm Phive, but I can’t. After playing Phantastic Phest and Beyond Phest, Phantasm Ravager is now on VOD and will be in some theaters this weekend. I actually haven’t kept up with the series since Phantasm II so the good news for me is there are still two reportedly good sequels on which I can catch up. Alas Phantasm Ravager feels like a desperate last hurrah.

It’s not Don Coscarelli directing, so that could account for a loss of energy and production value. Reportedly, Phantasm Ravager began as a web series and it shows. The story is episodic, although perhaps all the Phantasm films were, but what might have been forgiving on a small popup window is not on a full sized living room screen. The entire movie is shot in close-ups, making it look like actors may not have even been in the same scene together even if they were. 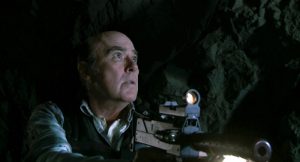 Phantasm Ravager recaps the entire series for folks, like me, who are catching up. Mike (A. Michael Baldwin) is lost when the movie begins and Reggie (Reggie Bannister) is searching for him. The Tall Man (Angus Scrimm) was a scientist who got corrupted by the red world and came back to attack our world with his brain sucking silver spheres.

The Phantasm films have always been dreamlike with reality, but introducing the possibility of Reggie suffering from dementia seems uncreative at best. As tricks of the Tall Man go, is that the best he could come up with? Is it just because Bannister is now a 71-year-old man, at the age where dementia could be a believable diagnosis? I get that the whole series has questioned which parts are reality, but suggesting it was all possible senility is as interesting as saying it was all a dream. Nobody likes to be told the movie(s) they just watched were all a dream. It’s the weakest of all copouts. It’s already a movie. That alone makes it fictional so calling it a fiction within fiction is cheap.

But hey, Phantasm Ravager still leaves that open to interpretation, so if you choose to believe your film is an actual narrative within the film, which I do, you can go with that as long as the film is full of bonkers crazy scenes. If it had remained a web series, Phantasm Ravager would have been a slightly cheaper version of Ash Vs. Evil Dead, serving up enough gore to make some fans feel like they’re seeing their favorite movie again, but more like a parody of the series than a furthering of it.

The first signs of trouble are CGI spheres, typical of modern filmmaking to use computers to do poorly what already looked good practically. I get it, the budgets get lower and money doesn’t go as far as it used to, but a silver sphere seems like a fairly simple digital effect. They couldn’t even get that right?

The ambition of doing a sphere/car chase is betrayed by the realization that you’re only watching one guy in a car on a stretch of low traffic desert highway. Or later, one guy alone in the woods which of course has been the setting of enormous horror creativity, but when CGI balls show up it only calls attention to the lonely guy running around the woods.

I will give Phantasm Ravager the fact that certain sphere attacks would not have been possible old school. The one on the farm would have made a great webisode but isn’t enough to sustain a movie. Of course, Reggie has infinite ammo, a trademark of gonzo action horror, except of course when he suddenly doesn’t.

The visual effects actually get worse throughout the film. About an hour in, there’s a 30-second sequence entirely computer animated, and it looks worse than a 10-year-old video game. A sequence where they digitally blend two realities looks like an effect out of Birdemic. A Mad Max car is rendered in CGI and looks like the animation in the background screen at a concert. The promise of giant spheres decimating cities is exactly one shot in a montage.

If you don’t have the resources to pull off visual effects, don’t make them the focal point. Phantasm Ravager does better with minimalist scenes like an entirely white room. That’s more abstract, though not a very original image since it’s the Matrix load screen. And they couldn’t get all the corner shadows out of the picture. You can even see dirt all over the lens in the desert road scenes. That sort of carelessness is forgivable when the film makes the most of its limited resources, but in those scenes, it’s just blatantly there for all to see. 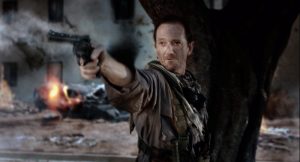 An old friend in Phantasm Ravager

Baldwin is in the film minimally which should be disappointing to fans. Although he might have a tad more screen time than Scrimm, Scrimm’s whole thing was being mysterious so there’s more bang in his scenes. It’s Bannister’s film, and if Reggie’s adventures were clever enough, we’d forgive the technical flaws. As slow and forced as they are, there’s nothing left to do but notice how incomplete the movie is. 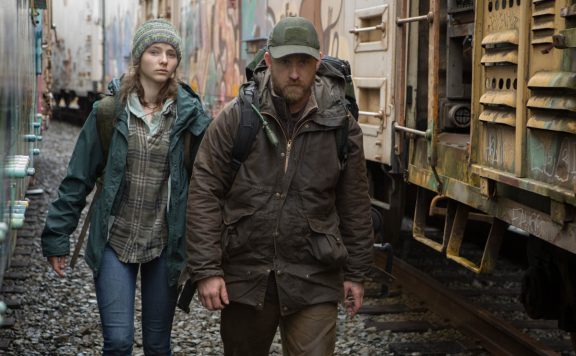 Oh, I so wanted to say Phranchise Phred Approves Phantasm Phive, but I can’t. After playing Phantastic Phest and Beyond Phest, Phantasm Ravager is now on VOD and will be in some theaters this weekend. I actually haven’t kept up with the ser...
0
Average User Rating
0 votes
Please sign in to rate.