Screamfest Review: Pigskin Hits You Right in the Guts

Pigskin is a new short horror film from Director Alex Hammond. Laurie, a high school cheerleader, sets a date with the hunky quarterback. As the time for the date grows closer, the insecurities she has about her own body manifest themselves into the form of a nightmarish creature that plagues her.

I believe some of the most effective horror films are the ones grounded in reality.  Young adults putting pressures on themselves for how they look is a very real and serious problem.  When we are introduced to Laurie, we immediately see the issues she has with her body. Although there is nothing wrong with her appearance, Laurie doesn’t see it that way and goes to extreme measures to try to correct the perceived flaws. Isadora Leiva puts in a powerful, convincing performance as Laurie. It is easy to feel sympathy for the character, as well as be drawn into the terror and pain.  Cinematographer Nicola Newton helps keep the tension in the scenes with longer tracking shots and getting up close to the Laurie character so that the audience never leaves her side. The manifestation that Laurie sees is slightly out of focus, giving it an otherworldly feel and upping the creepy factor while conveying the idea that it exists only in Laurie’s mind. The film’s message is punctuated with a rather shocking ending which I will admit made my jaw drop. It was very effective and not for the squeamish.

Pigskin is a raw, brutal look at the subject of body image that is handled with pin-point execution. It is the reason I enjoy short films. It does not go too long and gets straight to the message.  Film is not only an art form meant to entertain, it can also be used to help spark discussion and open our minds to real world issues. Pigskin is a prime example of this.  10/10 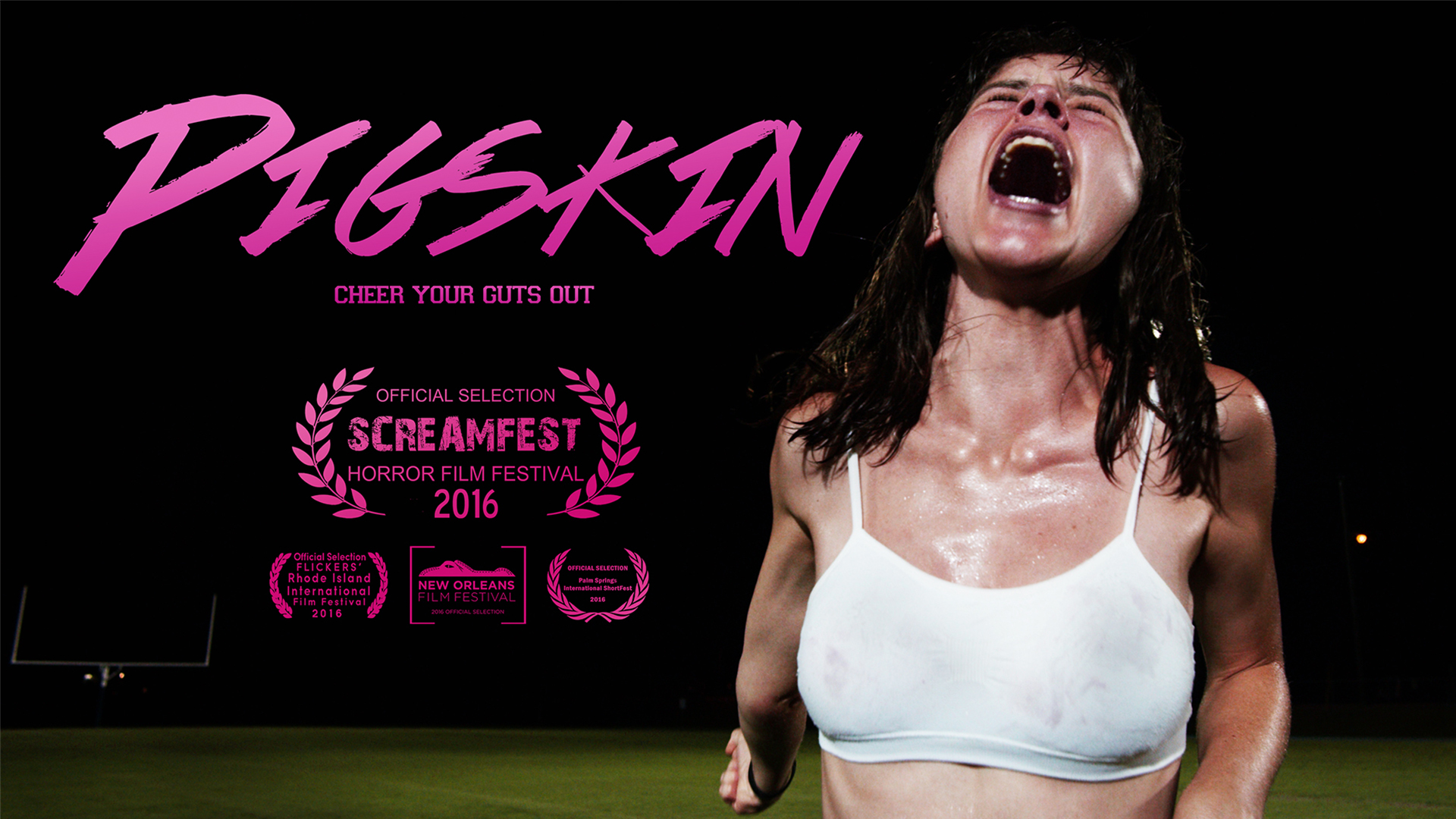 Screamfest Review: ‘Pigskin’ Hits You Right in the Guts

Screamfest Review: Pigskin Hits You Right in the Guts Pigskin is a new short horror film from Director Alex Hammond. Laurie, a high school cheerleader, sets a date with the hunky quarterback. As the time for the date grows closer, the inse...
0
Average User Rating
0 votes
Please sign in to rate.