It’s odd to see Pinocchio receive the live-action remake treatment from Disney. At this point, the studio has nothing left to prove as far as showing they are capable of bringing their animated classics into the real world (to varying degrees). However, it continues to baffle me as far as the ultimate intention. Granted, no movie needs a purpose for existing. Still, when considering all the expense that went to director Robert Zemeckis for making a nearly identical version of Disney’s Pinocchio, only relying on a different filmmaking format, I just don’t see the benefit. Between Zemeckis’ ability to craft original stories and the many versions of Pinocchio already in existence, watching a fairly soulless remake doesn’t feel like it does much good for anyone. Sure, there are visual highlights and a few choices that make it watchable enough for Disney+ audiences, but how much good is there in a venture like this when the 1940 classic does everything better?

Perhaps my issue is a chief element that did not work for me – Tom Hanks. Yes, the celebrated American actor is not exactly hunting for his third Oscar as Geppetto, but after already tolerating his choices in Baz Luhrmann’s Elvis earlier this Summer, he’s crossed the line into being insufferable this time around.

The first twenty minutes of Pinocchio are all about Hank’s portrayal of the lonely Italian woodcarver who builds a little wooden marionette boy he wishes could be a son. During this time, we quickly understand his eccentricities, as he’s seemingly dedicated much of his adult life to building elaborate cuckoo clocks that he will not sell and relying only on his best friends – his cat Figaro and his goldfish Cleo. 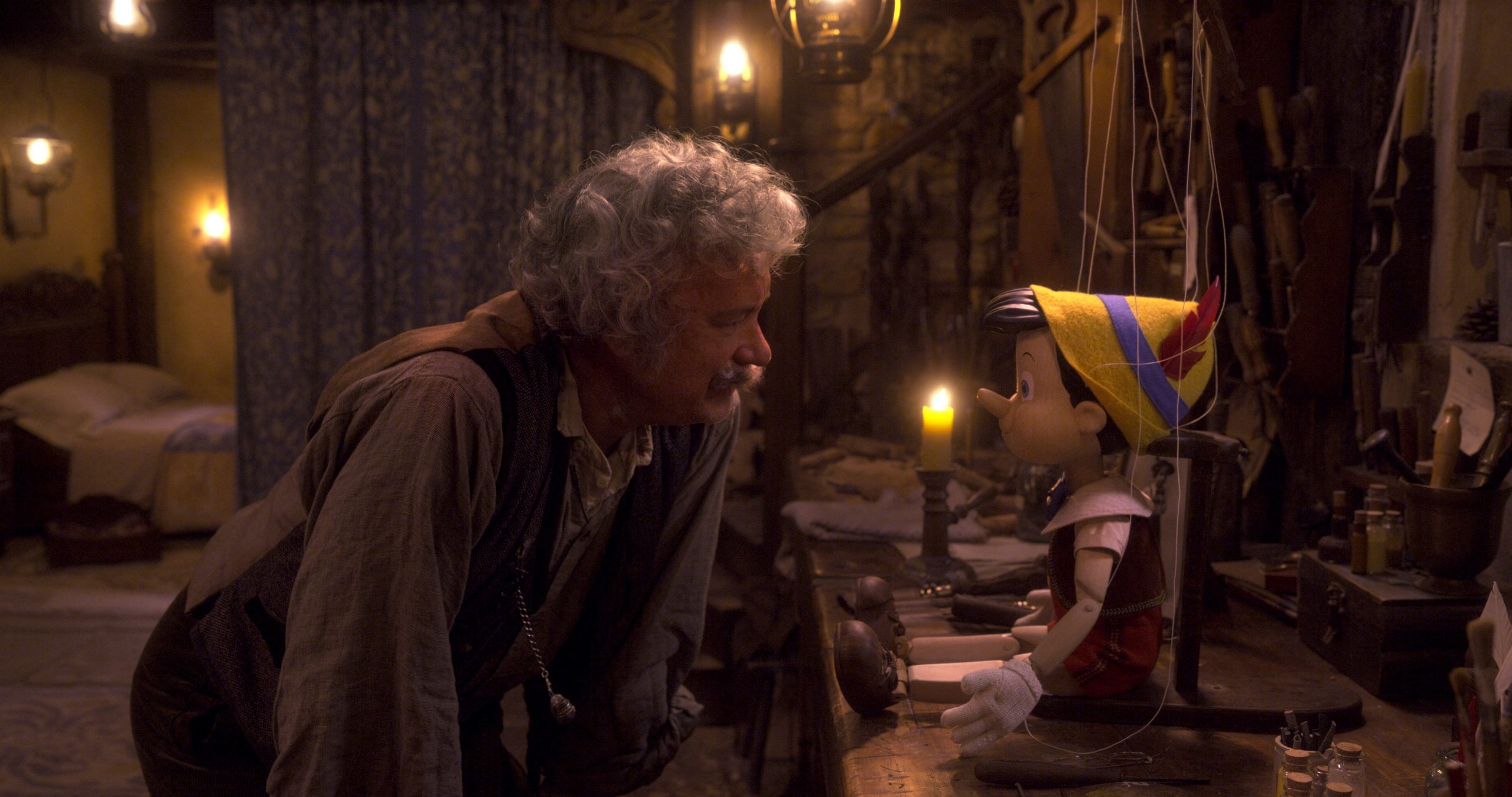 We could have fun exploring Geppetto’s shop or seeing him bouncing around, talking about his little puppet boy with the right actor or direction. We get those things, but with Hanks, there’s a level of dedication that does not ring true in the way it has with his best actorly creations. Between an inconsistent take on the Italian accent, the ways he makes his eyes bulge, and the sudden dives into earnest emotion, Hanks is trying to match up to the energy of a cartoon, which is confusing for this film and when considering how the world around him presents itself.

Fortunately, Joseph Gordon-Levitt’s vocal performance as Jiminy Cricket is more successful. With an effort to dive in and provide a take similar to Cliff Edwards’ version from the original film, the film and Gordon-Levitt find the right rhythm when shifting its focus to the cheerful, wisecracking cricket. This is where the filmmaking tends to shine most. You can see Zemeckis having a ball in finding ways to show Jiminy navigating through the larger world around him, with the virtual camera making elaborate movements to keep up with the action.

Jiminy, of course, is created entirely through CGI. This is true for several characters in the film, including Pinocchio (voiced by Benjamin Evan Ainsworth). Not surprisingly, our main character is rarely the most exciting persona on screen. While the work done to give life to this digital creation is about as impressive as one would expect, having so many supporting players for him to interact with means there’s little to really take away from this latest version of the naïve wooden boy. With that in mind, it also speaks to the curious choices in how this film diverges from the animated original. 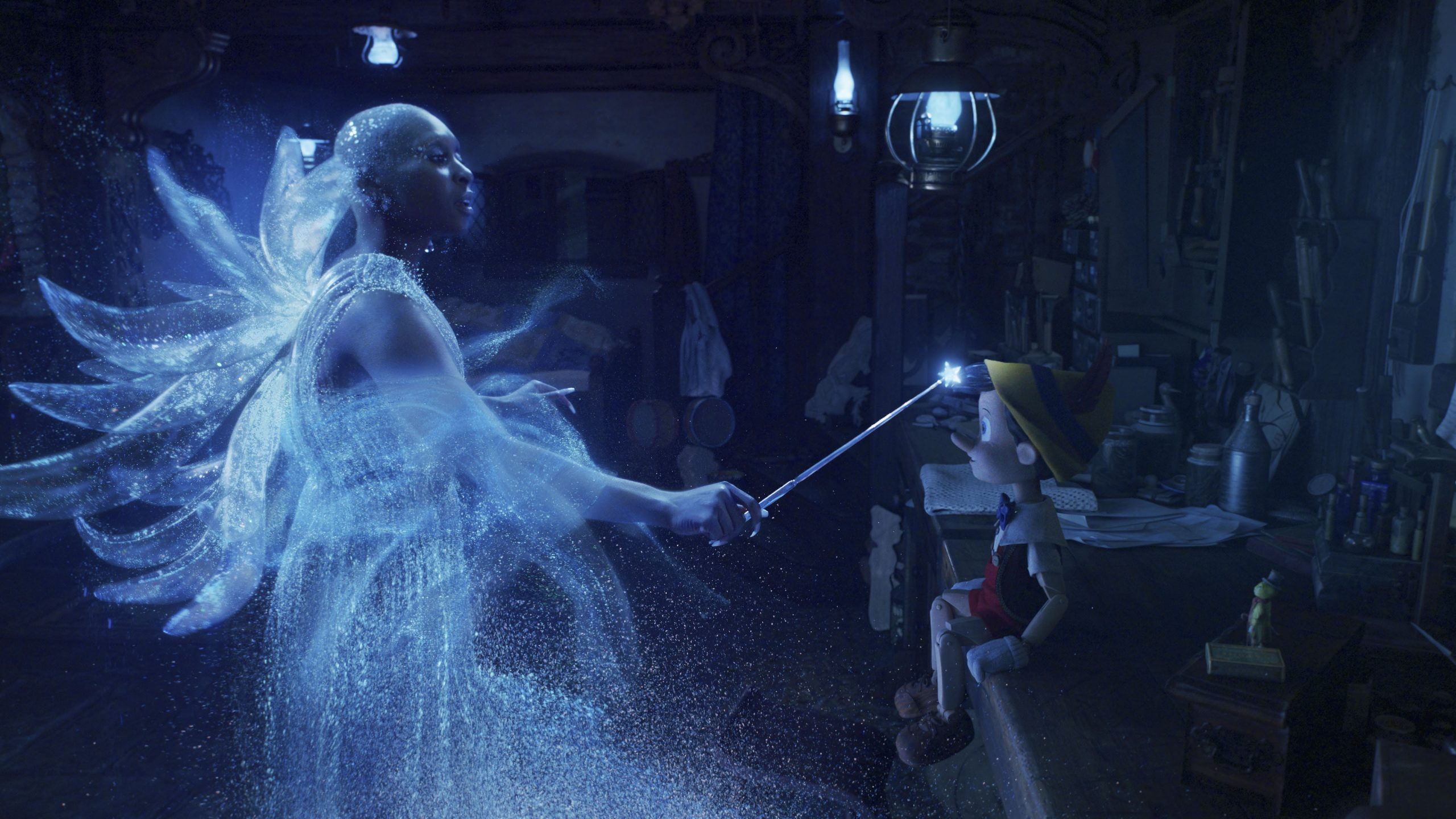 For example, one thing everyone knows about Pinocchio is how his nose grows whenever he lies. While this reaction does take place in the film, it’s barely a factor. This would mean little, except for another key change when considering the role of The Blue Fairy (Cynthia Erivo). For a fantasy film, there is far less reliance on this character’s involvement, as time is instead made for other new developments. It’s not necessarily a bad idea, but given how much of the film is a slavish remake, seeing specific changes that defy expectations would be exciting were the film not to feel so blunt and abrupt due to traveling down these new avenues. And honestly, this film’s ending is outright baffling for that reason.

Given the episodic nature of Pinocchio’s journey through a large stretch of the film, there are successes in the realization of certain characters. Honest John (voiced by Keegan-Michael Key) is, perhaps, the most successful character, as he is funny and dodgy in the right ways. As a deceptive red fox, Key’s take manages to tap right into the sort of charlatan we want to see tempt Pinocchio down the wrong path.

Then there’s Giuseppe Battiston (an actual Italian!) as Stromboli, the traveling puppeteer, and Luke Evans as The Coachman, who owns Pleasure Island. They certainly bring a lot of big energy to their villainous roles, with Evans getting the most out of the film’s minor attempt to be a low-key musical. It only goes so far, and the same can be said for newcomer Kyanne Lamaya, who stars as Fabiana, a young girl/puppeteer stuck traveling with Stromboli. Her being sympathetic to Pinocchio is an interesting new addition. Still, given how this film moves to new scenarios so quickly, there’s only so much the film can bring from this. 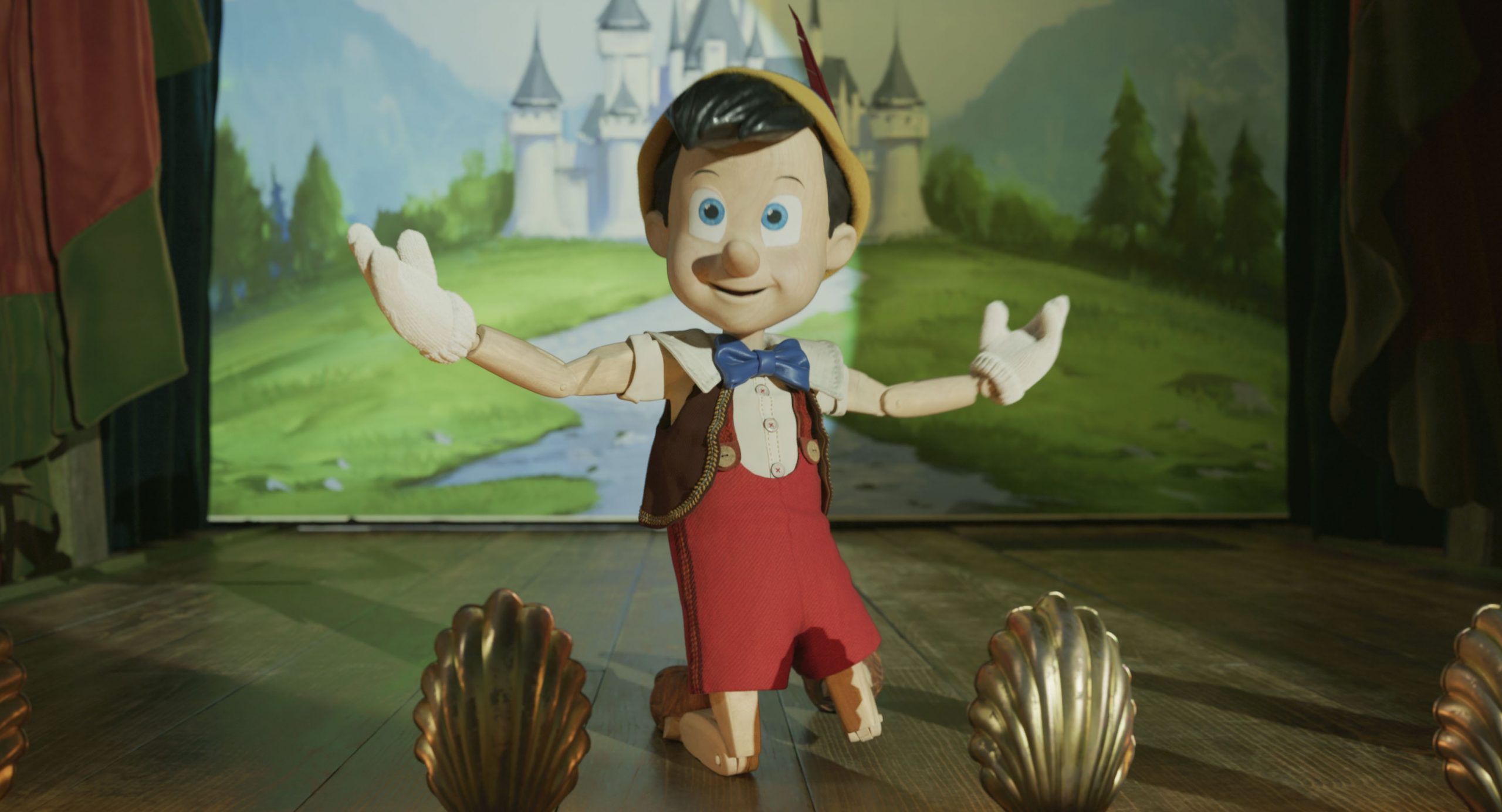 While Zemeckis can undoubtedly let his technical innovator skills serve his films, he does miss another critical element when adapting the old take on Pinocchio. It lacks any sense of danger. A sequence where boys are being turned into donkeys carries a certain scary weight thanks to what can come from hand-drawn animation. This film totally misses out on the tension and mild horror that stems from the trouble Pinocchio gets himself into. That’s not entirely the fault of having less tangible VFX in place of something where you can truly feel the work coming alive, but this approach to the story does feel lacking when it comes to that extra element.

However, I can applaud the film for its approach to Monstro the Whale. Without delving too far into this film’s portrayal, I can say the design surprised me, even if I was still back to dealing with Hanks’ Geppetto and other changes regarding how the characters deal with escaping a massive beast that swallows them.

Pinocchio is far from offensive (though Hanks’ Italian accent may make a case for some), but even while being watchable, it lacks the movie magic that makes the animated classic special. That speaks to many recent efforts that have delivered similar results. The best efforts feel unique, whether looking at the balance of fun, adventure, and imagination to make The Jungle Book work or the performances and emotional triumph found in Cinderella. Meanwhile, efforts such as Beauty and the Beast, The Lion King, and now Pinocchio end up feeling, at worst, bland and, at best, redundant. A shame, as people wished upon a star a long time ago and were gifted with wonder. Now it’s just a strained bit of running time to stream.

Pinocchio is now available to stream on Disney+. 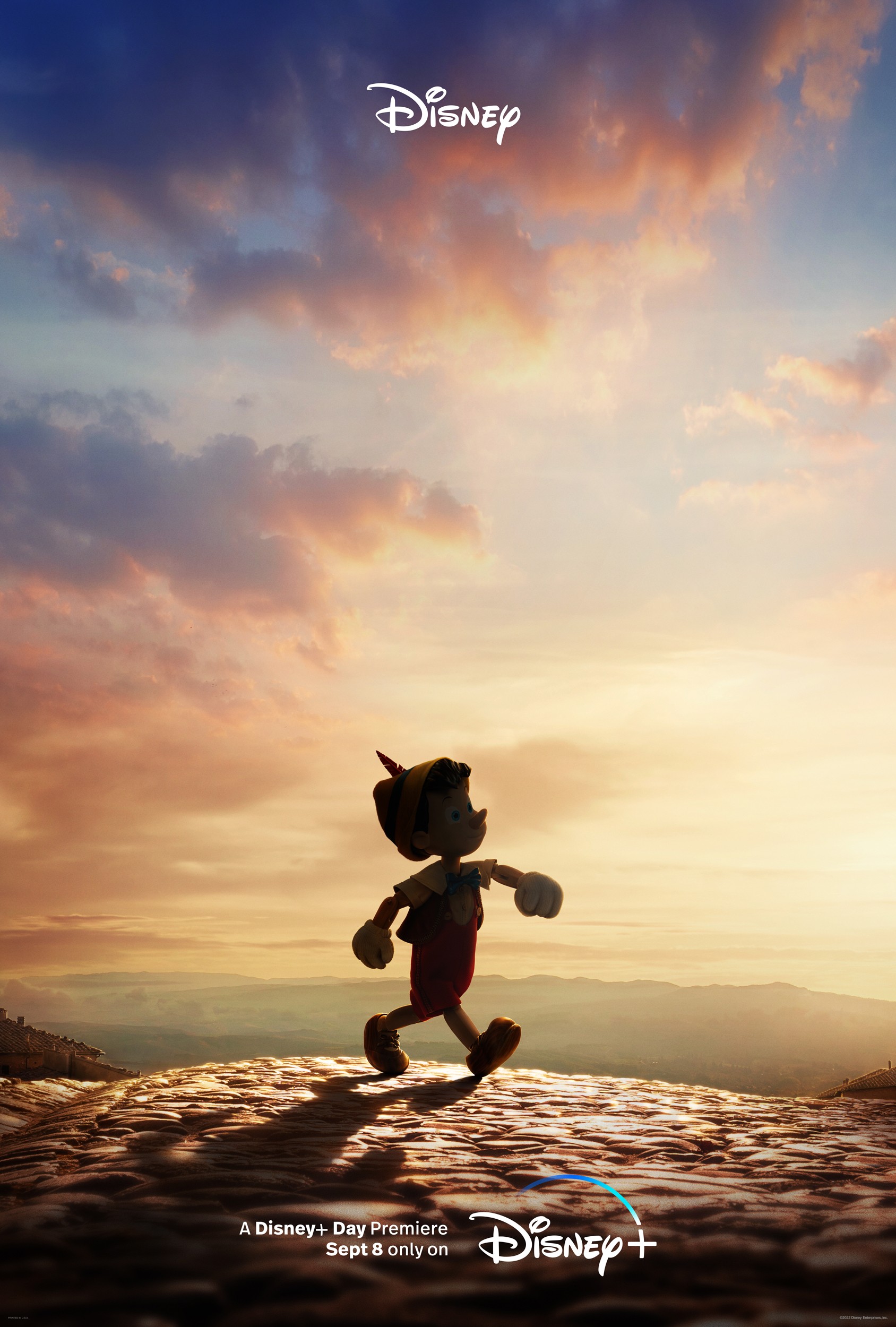 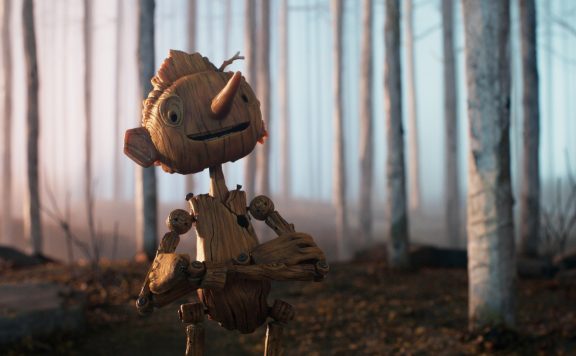 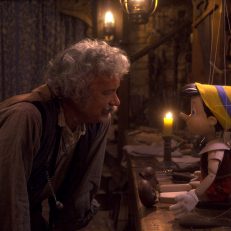 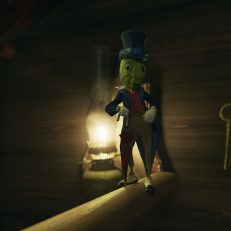 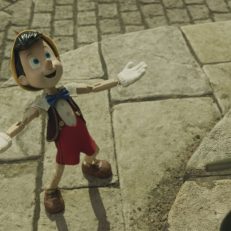 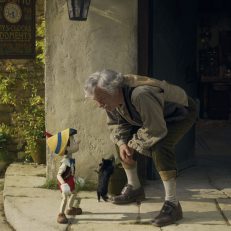 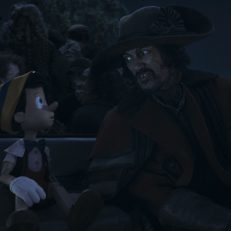 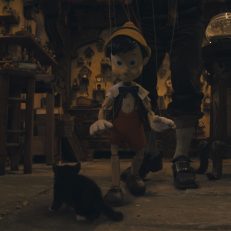 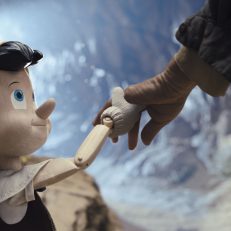 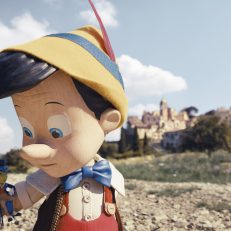