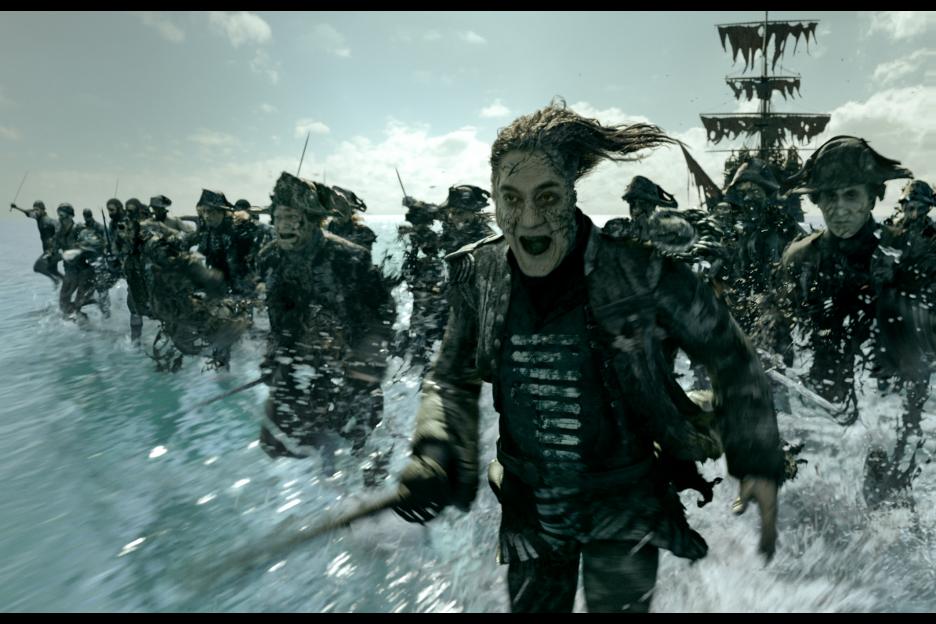 Pirates of the Caribbean: Dead Men Tell No Tales Review: Yo-Ho-Ho and a Bottle of FUN

Pirates of the Caribbean: Dead Men Tell No Tales is the most recent in the franchise made so famous by Johnny Depp’s portrayal of Captain Jack Sparrow. Without a doubt, the films would not be what they are or have nearly the success they’ve had without him. In this entry, Henry Turner (Brenton Thwaites) is searching for the elusive Captain Jack Sparrow to help him find the Trident of Poseidon and try to save his father, Will Turner (Orlando Bloom). Along the way, they encounter Carina Smyth (Kaya Scodelario), a young woman searching for the same thing. As they convince Jack to pursue the Trident, hot on their tales is Captain Salazar (Javier Bardem), a man with a vengeance to kill Captain Jack and finally get justice. I would warn all those seeking out reviews of this film to be very careful. It is one of those fantastic films where there are so many BIG surprises that you don’t want anything spoiled by reading or watching a spoiler review.

The story and plot should remain a mystery until you the see the film, but I will say that it is fantastically written. Despite a two hour and nine-minute runtime, the story never drags or lulls, but rather builds upon the excitement it has created. The characters are well written and give the actors plenty to work with to craft truly 3-dimensional characters. Our appreciation for the new characters is just as great as those for the older ones, making the film richer and more engaging. 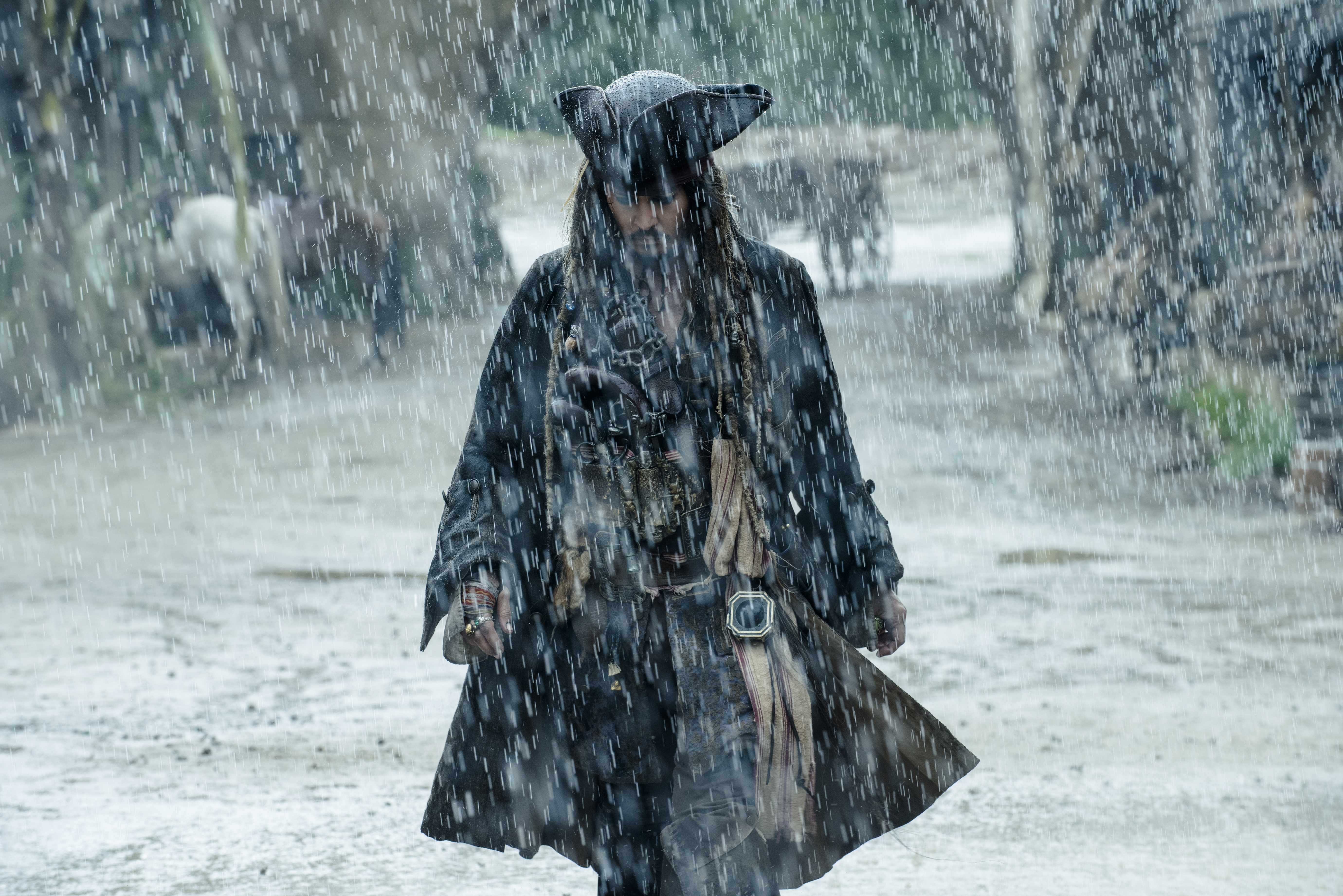 As I said, Johnny Depp is truly the heart of these films and his performance in Dead Men Tell No Tales is no different. He is cunning, a little bit of a mess and always an absolute blast to watch on film. He breathes life into Captain Jack Sparrow and gives a performance filled with the charm and magic he has brought to this character. Newcomers to the franchise Brenton Thwaites and Kaya Scodelario are fantastic together and show real promise as their careers develop. Javier Bardem as Captain Salazar is horrifying and haunting, just what the character needs. Our secondary characters are just as great as the main actors. Kevin McNally is back as Gibbs and is the most loyal companion for Captain Jack.

The special effects in this film are off the charts. Disney has pulled out all the stops with Pirates of the Caribbean: Dead Men Tell No Tales. The effects are big, loud, and rock the entire theater. Make sure you see the film in a place with a great sound system. The design of the characters and costumes are on point. Captain Salazar and his men are terrifying and magical at the same time. The opening scene with Johnny Depp is just beyond crazy and so entertaining to watch and must’ve cost quite a lot of money. There are scenes in this film that will give you goosebumps and leave you in awe of the sheer magnitude and beauty of them. It is a big budget summer blockbuster at its best.

The action scenes with the swelling and epic music put you on the edge of your seat. They are suspenseful, filmed with the perfect finesse and remind you of what makes these movies so incredible to watch. The classic Pirates of the Caribbean music is there and woven into the new music with perfection. The battle scenes with the ships are so carefully crafted and meticulous; it’s like watching magic happen on screen. This film is one that begs to be seen over and over again since you can’t possibly appreciate the minutiae of each scene. From an ocean set pirate battle to a small town on Saint Martin, the attention to detail is like none other. Disney does it best, hands down. 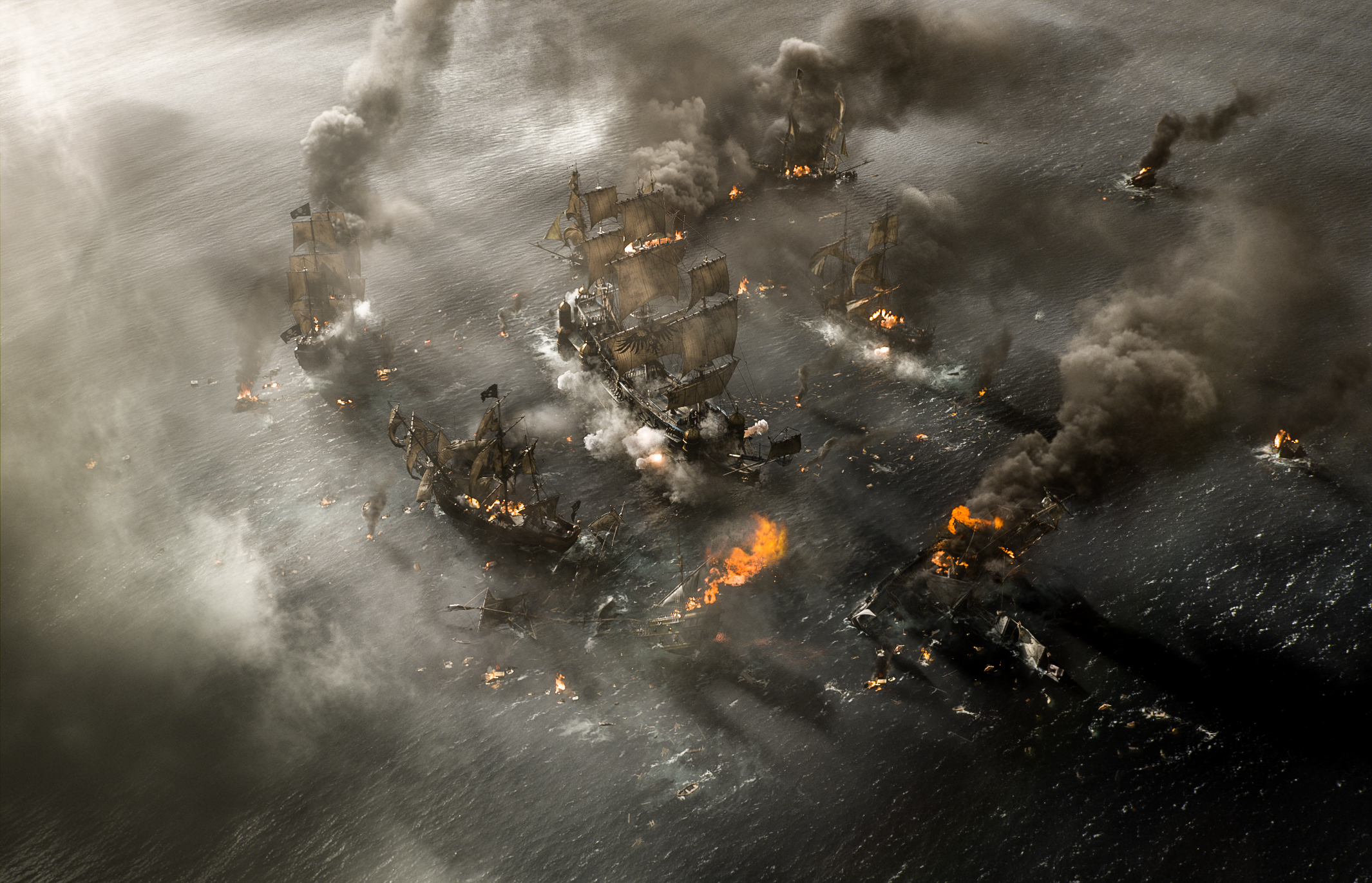 Apart from the crazy antics of Captain Jack Sparrow, there are real heartful and beautiful emotional scenes. The character development is done well for the new characters as well as providing us more detail on our beloved characters. As a result of this deeper appreciation and understanding of their characters, the emotional draw is much more powerful and brings the film to another level. Captain Barbosa (Geoffrey Rush) is at the top of his game and gives his best Pirates performance to date. 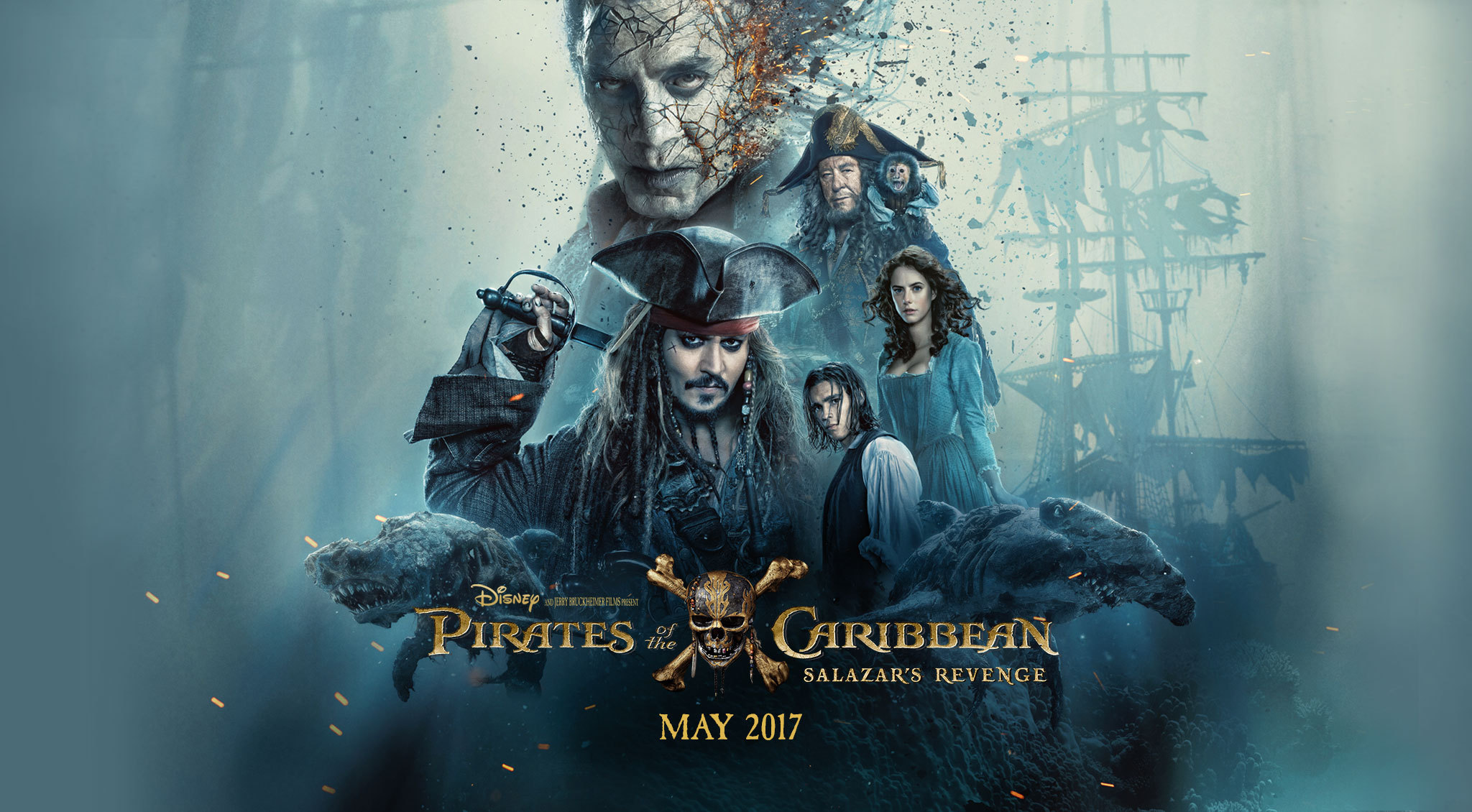 Gradebook: Pirates of the Caribbean: Dead Men Tell No Tales
May 27, 2017

Pirates of the Caribbean: Dead Men Tell No Tales Review: Yo-Ho-Ho and a Bottle of FUN