Is it Possible to go From a Film to the Broadway Theatre? 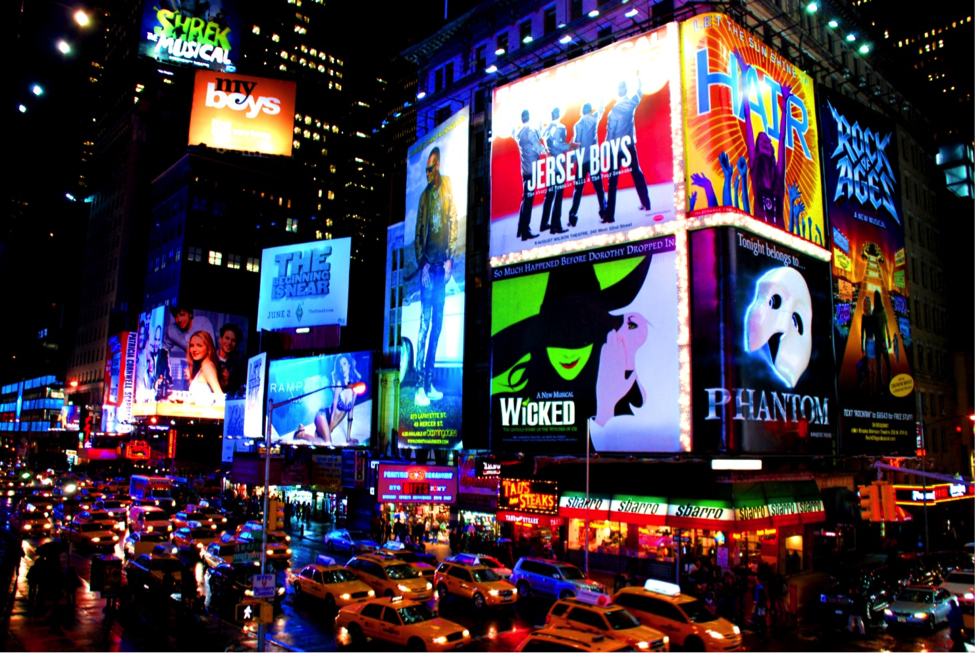 Many iconic plays have been turned into many iconic movies. With popular films like Cabaret, Annie, Grease, Into the Woods, Les Misérables, and Fences, all originally being successful plays, it seems like Hollywood would definitely consider making film versions.

But I did some thinking lately, I asked myself as a fan of both theater and film, “What if it were reversed, what if instead of plays becoming movies, movies went on to later become plays?” I do realize that screen-to-stage conversions have been done before. We even got the Canadian Evil Dead musical based on the cult classic film series.

Now I’m not saying that all films should or can be translated well to the stage. I don’t think something like a Michael Bay (Director of Armageddon and the Transformers Franchise) movie would work. When working in theater, you have to consider many aspects. For instance, choosing the theater space, choosing the stage, working with an audience, seeing how an audience reacts, actors performing hundreds of times in the same story, plays are usually with a smaller budget, and you have to be considerate of your only location (the stage).

So this article is my opinion of movies that can possibly work as theater productions. Films that were great on the big screen, and maybe they have the potential to really shine and make magic on Broadway as well due to their captivating stories, compelling characters, workable locations, and iconic set pieces that can possibly be destined to be adapted for theater. 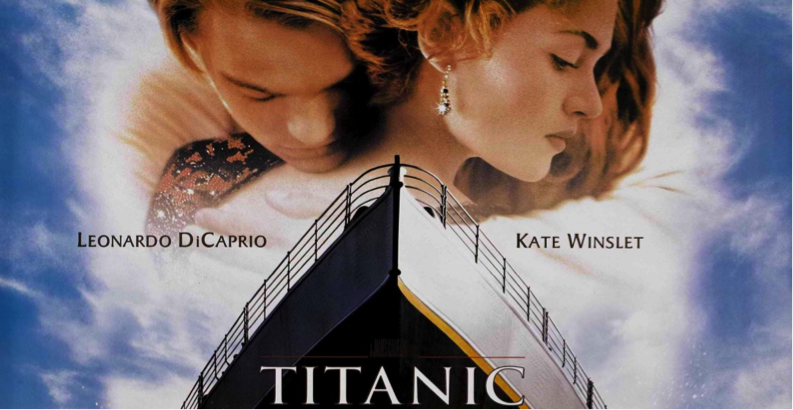 James Cameron’s (The Terminator, Avatar) directed this movie, and Titanic is one of the highest-grossing movies of all time. Anyone could have made this a regular disaster film. But Cameron kept it more about the characters and focused on creating a real good old fashion melodrama feeling film. Also, most of the theater locations are on this massive boat. Which I believe a theater stage could be used as a ship’s interior, forecastle (front of the ship) and deck. When the ship begins to sink, I believe that can be done with shaking set pieces, a moving background, sound effects, and to leave some room for the audience and their imagination. 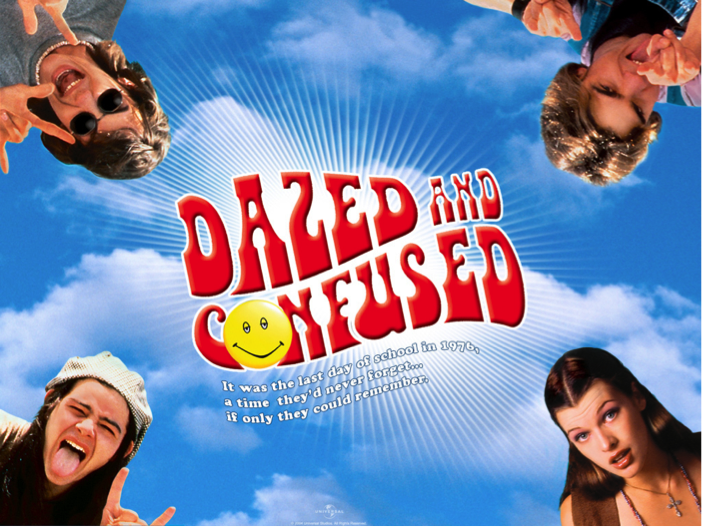 A movie like Dazed and Confused as a play would be “All right, all right, all right” in my book. Dazed and Confused is a fantastic movie, both for its iconic quotes from Matthew McConaughey (Dallas Buyers Club, Interstellar), and the film is more than just a stereotypical stoner flick. It’s about the impact one profound night can have on multiple lives. I also think this would translate well to theater because finding or creating a wardrobe from the 70s shouldn’t be that hard. We all remember McConaughey’s character loving high school girls. Well to quote the song from The Drifters again, “They say the girls are somethin’ else On Broadway”. 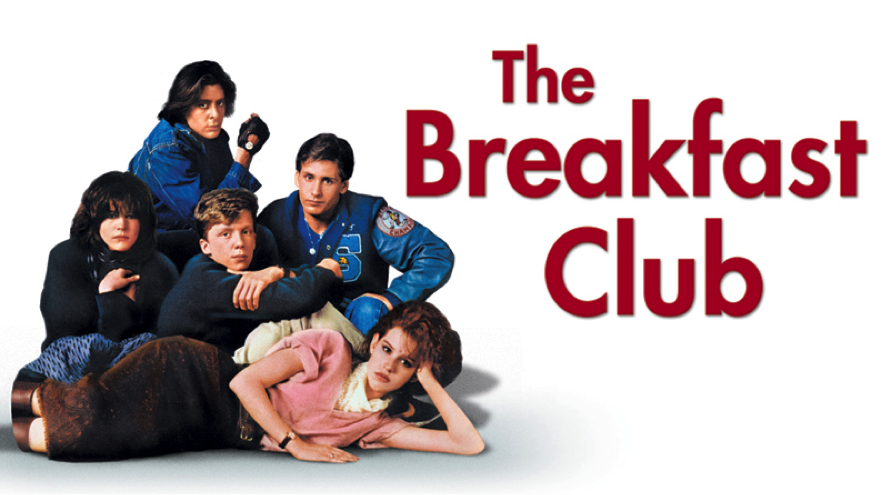 Maybe I am a little biased because director John Hughes (Sixteen Candles, Ferris Bueller’s Day Off) is one of my all time favorite directors. Hughes was a director and writer that really knew the importance of characters. This movie is very character driven, with more than half the films run time taking place with our main characters just sitting in detention and talking with each other. Compelling characters, workable location, a classic in the eyes of movie fans and 80s fans, why not see how this would do as a Broadway play?

With War on the Planet of the Apes coming to theaters July 14,, 2017, I actually went back and saw the 1968 original. This, in my opinion, would face the same obstacles as Titanic. Plus, I just would love to see people acting ape shit on stage in front of a live audience! 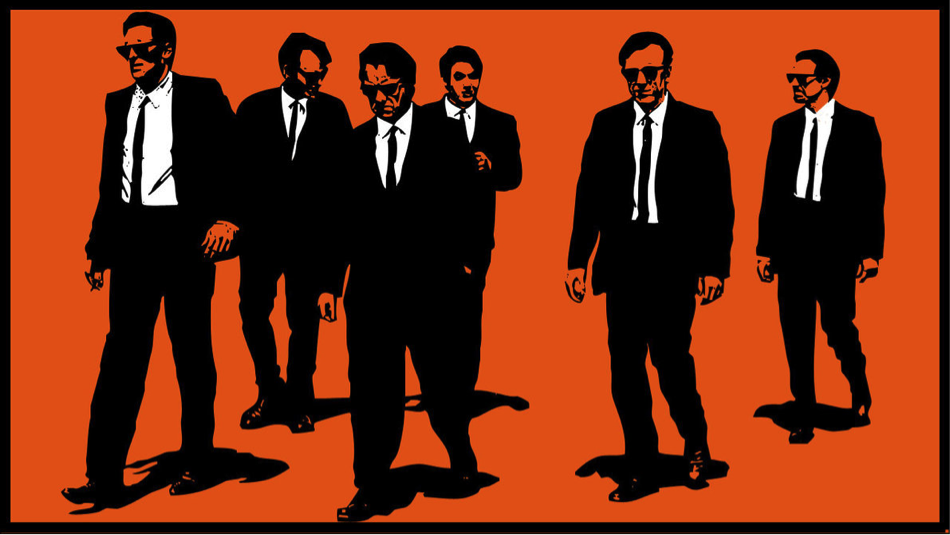 Reservoir Dogs is a 1992 film, and was the first film directed by the iconic Quentin Tarantino (Pulp Fiction, Django Unchained). It focuses on a group of thieves and a jewelry heist gone terribly wrong. Most directors, even the great ones, aren’t always successful right out of the gate. In fact, it’s a very rare thing to accomplish, but Tarantino did very well. I can see a story like this working in a Theatre in the Round type of space (when the audience surrounds the stage on all sides). I would love to put myself in the middle, and on the same level of the crime, mystery, drama, and action. 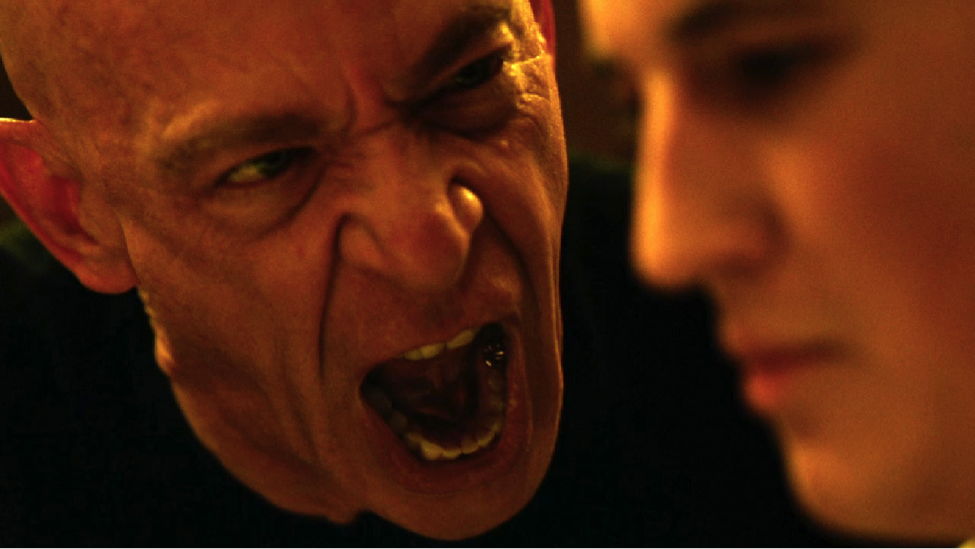 Now even if theater is not quite your tempo. Who wouldn’t want to see a character like Terence Fletcher, played by J.K. Simmons (Juno, Upcoming Justice League movie as Commissioner Gordon) in front of a live audience, using funny profanity, hollering, and acting like a maniac at a lovable character like Andrew Neiman, played by Miles Teller (War Dogs, Bleed for This)?

Now there aren’t all that many horror plays, to begin with. But a play based on nightmarish images, carnage, and the story of Saw, would make for an entertaining time at the theatre. You would get movie fans and horror fans to pay good money to see a live – in person adaptation of this movie. This could work as a play mainly because of its simple location. A location that is ghoulish, with an intense atmosphere, that will have the audience gasping, cringing, and on the edge of their seats. Talk about a good ol’ time. The only problem with this as a play would be buckets and gallons of blood being cleaned up. This film was a game changer for horror, the career of James Wan (The Conjuring, upcoming Aquaman movie), and would be a game changer in the world of horror theater. 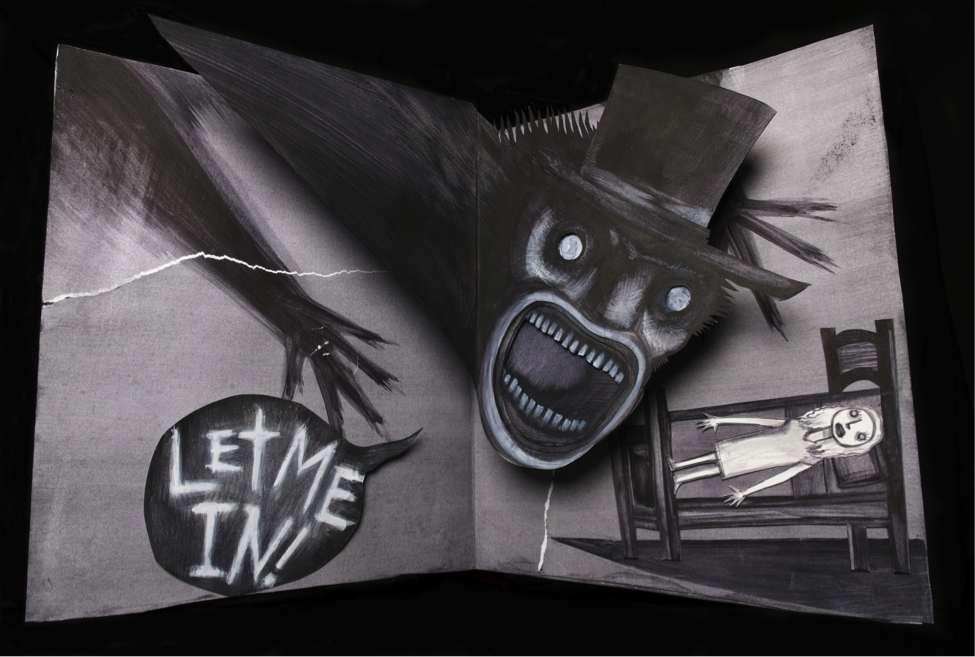 Speaking of horror filmmaking, “if it’s in a word or in a look, you can’t get rid of the Babadook,” unlike Saw, you wouldn’t have to worry about buckets of blood to help bring the terror aspect along. What makes The Babadook so great is you are more worried about the child and his mother more than the creature. The Babadook is from Australian filmmaker Jennifer Kent who makes her feature debut with this extraordinary horror movie, one that manages to avoid most of the usual ghost cliches. The film focuses on motherhood, dealing with a depression, death, and is a rare example of the thrills and spooks coming from another character, and not so much the monster. Also, wouldn’t it be neat if the playbills given out were paper copies of the book used in the film? 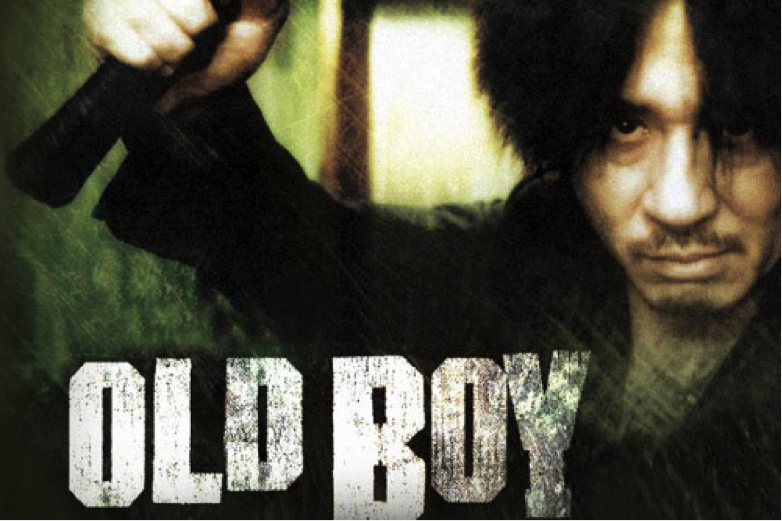 One of the best films to ever come out of Asian Cinema. Most of the film takes place in one setting. The film focuses on Dae-Su who is an obnoxious drunk bailed from the police station. However, he’s abducted from the street and wakes up in a cell, where he remains for 15 years. In his time there he is drugged unconscious constantly, no human contact, only basic television, and then, suddenly he is randomly released, he is invited to track down his jailor with revenge, questions, and violence. 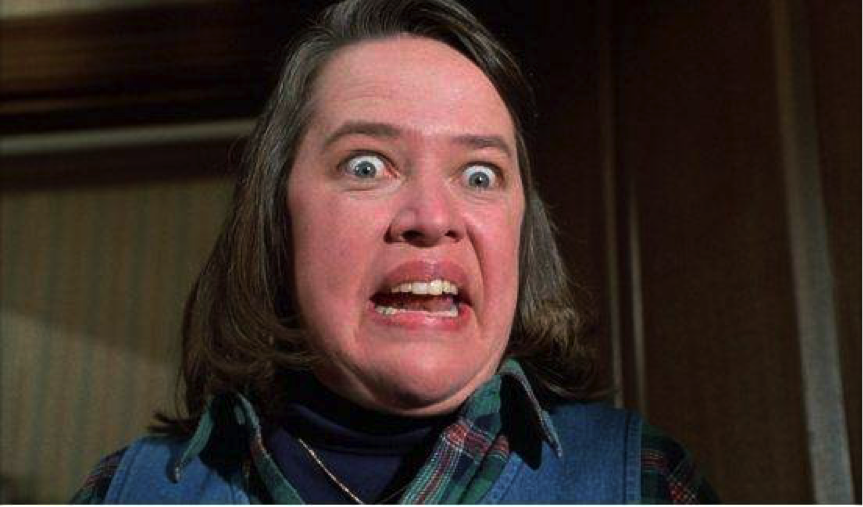 Once again, I may be being a little biased. Misery is one of my favorite books and one of my favorite movies. I love the one location idea, and how that one location adds to the plot of our story. A story that makes us feel trapped abandoned, and lost. After a serious car crash, a novelist writer, Paul Sheldon, played by James Caan (Elf, Get Smart) is “rescued” by former nurse Annie Wilkes, played by Kathy Bates (Titanic, American Horror Story: Coven), who constantly says to Paul “I’m your number one fan”. Annie brings him to her cabin, where her obsession takes a dark turn when she discovers Sheldon is killing off her favorite character from his novels. Paul wants to desperately escape, Annie grows increasingly controlling, violent, as she forces the author to shape his writing to suit her twisted fantasies. All that and more happen in this location, and out of all the one-location stories that are out there, I feel like this would be great on a theater stage.

So in my opinion, these are some of the movies I believe have a good chance of becoming Broadway and theater hits. If I had to choose my top three movies to become successful plays, I would choose, Misery, Whiplash, and The Babadook.

I would love to see more movies make the transition to stage. A lot of good movies out there have the option to go just beyond the cinema theater. So do you agree with me? What movies would you like to see become plays and possibly make it on Broadway? Thank you all for reading, and or viewing, and I hope you all have a good day and night as always. 🙂

Is it Possible to go From a Film to the Broadway Theatre?

Is it Possible to go From a Film to the Broadway Theatre? Movies I Believe Have a Good Possibility to Translate Well to Theatre To quote The Drifters 1963 hit song “On Broadway,” “They say there's always magic in the air (on Broad...
0
Average User Rating
0 votes
Please sign in to rate.