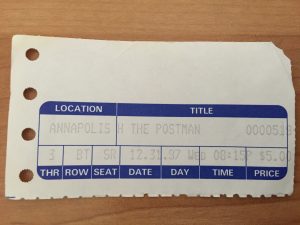 I always liked The Postman. By Christmas Day 1997 I was used to being the defender of the year’s most maligned films. I’d already lived through Hudson Hawk, Memoirs of an Invisible Man, Last Action Hero and Cutthroat Island. 20 years later, people probably don’t even remember why The Postman was supposed to be so bad. My joke then was: What will they call this movie in Italy? but I don’t think Il Postino had anything to worry about. Maybe now I can be the postman bringing hope to the post-Postman apocalypse.

In the distant future of 2013, a survivor (Kevin Costner) wanders the wasteland performing Shakespeare in return for food and supplies at scattered towns. When he finds the remains of a postman, “Shakespeare” delivers the letters hoping for a reward. What he doesn’t expect is his lie about the government reforming and reinstating the post office gives the town hope and makes them resist the warlord Bethlehem (Will Patton) who’s ruled the lawless apocalypse. Looking back, even in 1997, 16 years seems a very pessimistic outlook. We’ve made it this far, but maybe they were onto something. 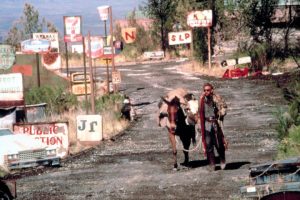 I think if The Postman had been sold as a Mad Max adventure it would have at least reached the right audience. Maybe at three hours it would’ve cut into the profits but I don’t think sci-fi fans even knew it was for them. 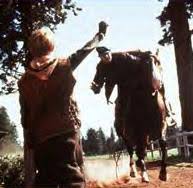 What people found distasteful was the idea of Kevin Costner paying homage to the glory of the postal service, as if it was as majestic as Dances with Wolves. It was the shot of Costner galloping towards a child and snatching the letter from his hand in slow motion. Out of context that’s pretty schmaltzy. The truth is he doesn’t even care about the postal service. He impersonates a postman to get food, and then sees how dangerous it is when people think society is coming back when it’s really not. He eventually becomes a reluctant leader but that’s out of self-preservation. 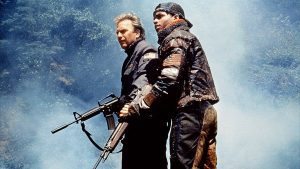 The Postman has to deal with young men looking up to him.

You do take for granted what a big lie this is that The Postman perpetuates. He sees the letter bag as an opportunity to get into a safe town, but it raises more questions and he has to improvise. He certainly didn’t expect anyone to give him a letter to deliver to other missing family, or that ambitious young men (like Larenz Tate) and women would want to enlist. That’s good drama. At a certain point he’s just trying to get out of there but people take him seriously.

I admire Costner for doing another post-apocalyptic movie so soon after Waterworld. He didn’t let the controversy get him down. Waterworld may have ultimately broken even but The Postman certainly did not. 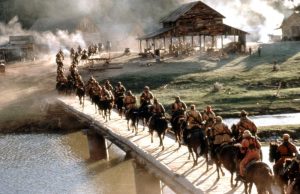 Outside of George Miller, post-apocalyptic movies never looked this big. They’re usually low budget affairs shot in a quarry and desert. As his sophomore directing gig after the Oscar-winning Dances, Costner got all the resources of Warner Brothers to film epic vistas of despair. Lions in the desert are cool.

At least they still have film in the future.

My favorite part of any post-apocalyptic movie is when the survivors look for supplies. The Postman does some good foraging. At a gas station he finds some cigarettes in a vending machine that’s been picked over. The war camp has a movie projector. If only they’d known by the real 2013 film would no longer be projected outside specialty theaters. 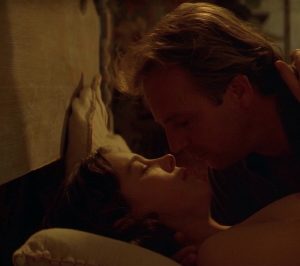 Don’t forget, Costner was still a heartthrob in 1997!

The three hours don’t feel long to me. Costner keeps it moving. There’s always a new problem in 2013. They visit lots of restored towns, face lots of battles with Bethlehem and survive all the elements of the seasons. But perhaps the people who gave Waterworld a chance had already decided “never again.” They had romance for his Robin Hood/Bodyguard fans too.

By the time I saw The Postman, the writing was already on the wall. I made it my New Year’s Eve movie as you can see on the ticket sub, and with trailers the 8:15 show ended just before midnight at 11:30. Not sure how I got a $5 ticket. Must’ve had a coupon for $2 off. 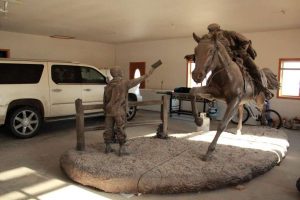 I’m pleased to know someone still has this statue but I could not find where it is. Via https://raughley.wordpress.com/2013/03/19/behind-the-curve-the-postman/

Costner got his directing career back on track with Open Range, a fine western that deservedly got acclaim. It’s just in my mind, he never needed to redeem himself. He still hasn’t directed again since then, but hasn’t stopped acting. The Postman was good, and I feel like it’s the kind of movie more people would like if they knew what it actually was.