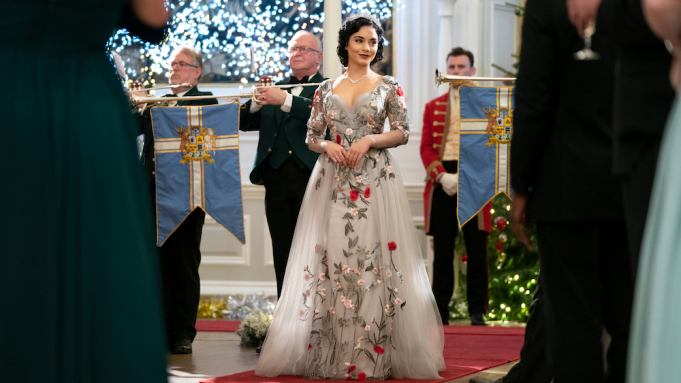 Vanessa Hudgens is on a mission, and it’s to solidify her growing monopoly on the Netflix holiday romance genre: this is her territory, and she will cede it to no one, not even other female co-stars. The Princess Switch: Switched Again sees her pick up where she left off in the first Princess Switch film, only this time she’s pulling triple duty. How do you top two Vanessa Hudgens, you may ask? The only real answer is to go for the hat trick. But although The Princess Switch: Switched Again takes full advantage of its leading lady, the addition of a third lookalike muddies the waters and wastes time with just a lean 96 minutes. The practical result of this is that it, unfortunately, renders charmless the romances that are, let’s face it, the reason we’re watching.

At the beginning of The Princess Switch: Switched Again, we see plucky Chicago baker Stacy (Hudgens) now married to Prince Edward of Belgravia (Sam Palladio), although the bloom is a bit off the rose. Stacy is frequently too busy with her princess duties and the bakery she still inexplicably runs to give her relationship the attention it deserves. By the way, prepare yourselves to feel very bad for Prince Edward, who is by far the most ill-treated character. The way that everyone, especially Stacy, steps all over him without the slightest regard is honestly a little tough to watch. He’s a plain unbuttered slice of white toast, but he doesn’t have a mean bone in his body, and they should be nicer to him!

At the same time, Duchess Margaret (also Hudgens) and Kevin (Nick Sagar) have broken up after she suddenly finds herself in line for the throne of Montenaro when the old king dies, and his son abdicates. It’s with mixed emotions that she prepares for her Christmas coronation, uncomfortable with the spotlight and unsure of her ability to lead the country. 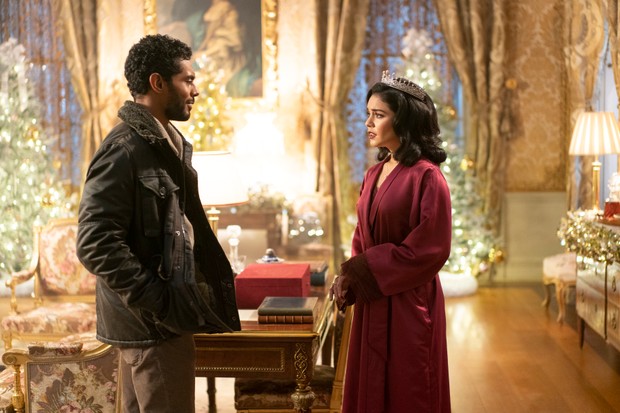 But then there’s a new part to this increasingly Orphan Black-esque triad. That’s the presence of Margaret’s chaotic cousin Fiona (also Hudgens), who also happens to be identical to Margaret and Stacy. (This continues to be a plot point that goes under-acknowledged by the other characters, by the way.) She lives an extravagant lifestyle but has almost nothing in the way of liquid assets. Hence, she concocts an outlandish plot to pose as Margaret long enough to wire a Scrooge McDuck amount of cash to her personal account.

Fiona is a true wild card, and it’s clear that playing her is where Vanessa Hudgens has the most fun. This is completely understandable — Margaret and Stacy, to be fair, are not the most exciting characters ever written. But the problem with introducing Fiona and her endless hijinks is that it leaves almost no time for the actual Christmas romance. 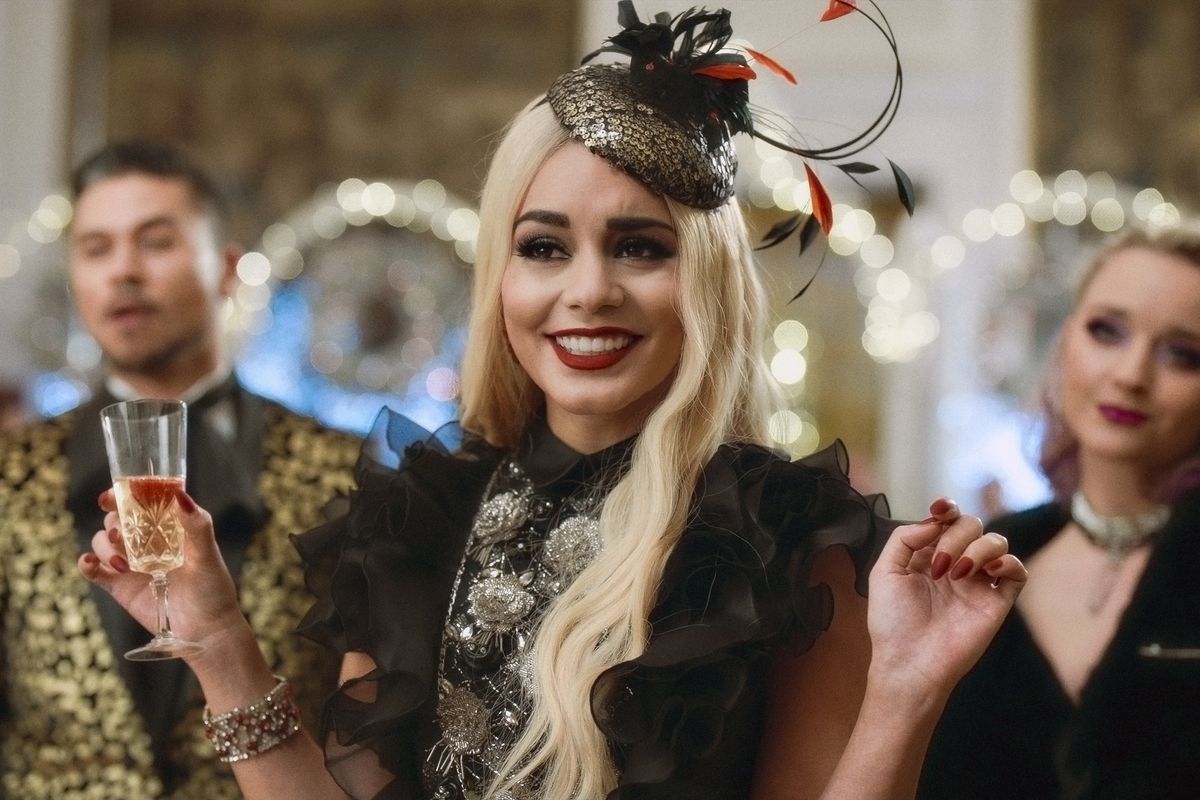 Stacy and Edward are on totally different pages for ages, with Stacy either ignoring or actively deceiving him, and Margaret and Kevin get a dull-as-dishwater will they-won’t they scenario that takes all of five minutes to resolve. And as far as romance goes, that’s about all we get. It for a frustratingly unbalanced film, one that spends far too much time laying the groundwork for a caper that isn’t even particularly satisfying. It’s as though someone came up with the idea of a third Vanessa Hudgens character first and then scrambled to find a storyline that would fit it, however outlandish and underdeveloped.

Ultimately, it shows how little the film’s creators understand their audience; the bar is low, and we really just want a fluffy love story. If The Princess Switch: Switched Again had revolved around Margaret’s unwillingness to take the throne and the pressures such a responsibility places on a developing relationship, everyone probably would have gone home happy. But instead, they overcomplicate.

To be fair, it’s still a serviceable film. Vanessa Hudgens looks like she’s having a whale of a time, and for the kind of movie you watch just to turn your brain off, it’s pleasant enough. But when it sucks all the romance and chemistry out of the relationship between Stacy and Edward (one of the original film’s greatest selling points) and instead puts all its eggs in Hudgens doing an evil twin routine, it’s enough to try even the patience of the most devoted Netflix Christmas romance fan. 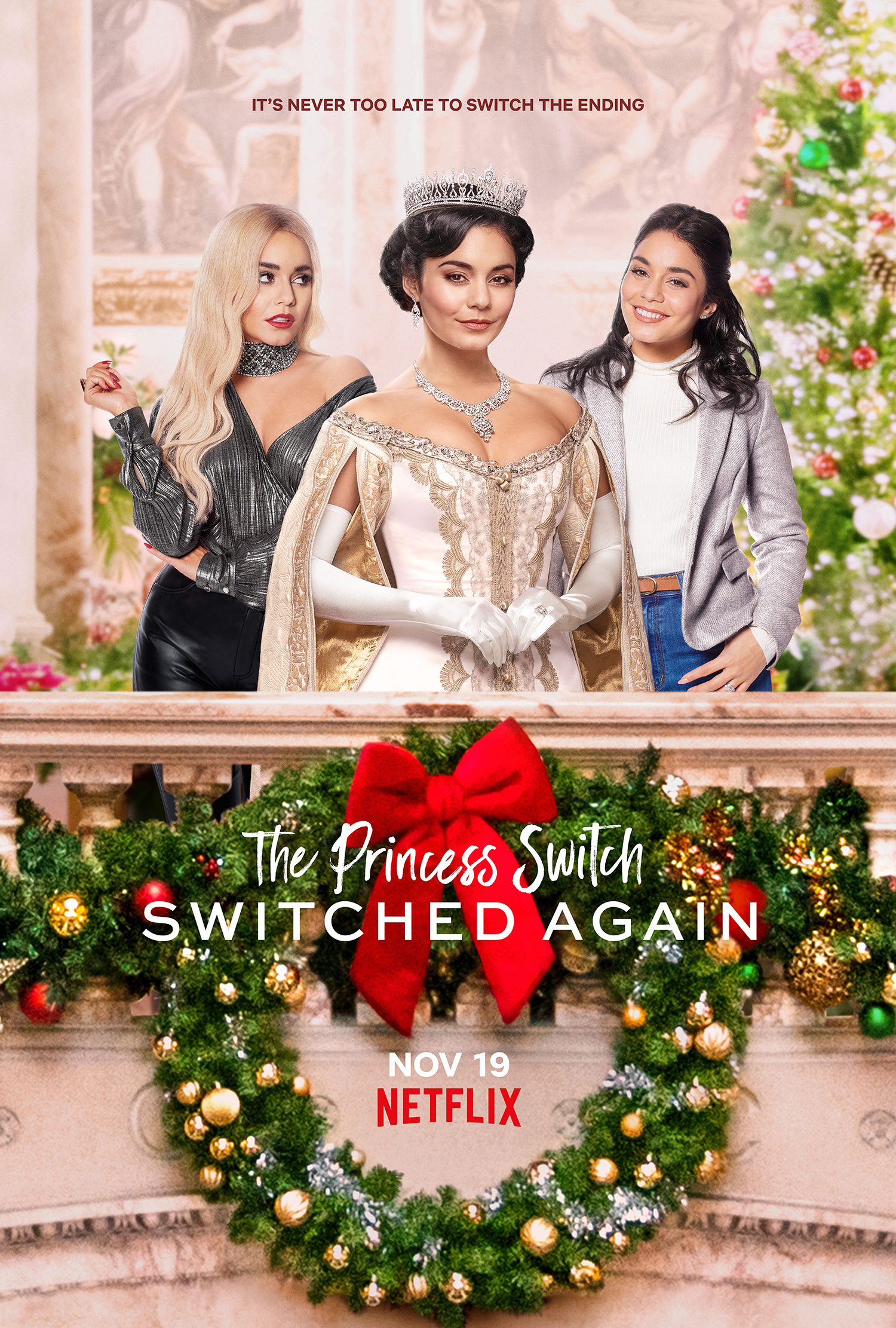 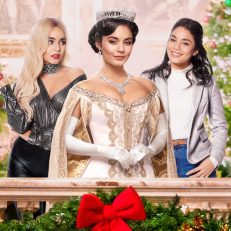 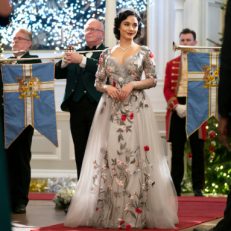 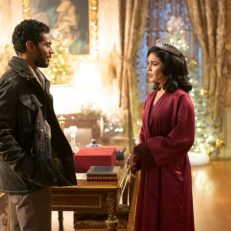 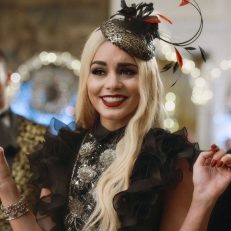