It seems like rock bands can never get a break in horror movies. There is always a slasher or demon that keeps them from achieving the dream. The band “Pussycake” has the same bad luck in the film Pussycake.

Pussycake is the story of an Argentinian all-girl rock band struggling to get a following and looking for that big break. When their agent schedules them for an exclusive show for a record promoter in a small town, they agree to do it. When they get to the town their van breaks down, cell phones die and there doesn’t appear to be any audience for the concert. Soon the band finds themselves on the run from feral mutated humans that spew excessive amounts of white liquid from their mouths. There also is a mysterious being that may be friend or foe, but it definitely likes killing. The band struggles to find a way out of town while avoiding being turned into mutants or killed by the cloaked figure. 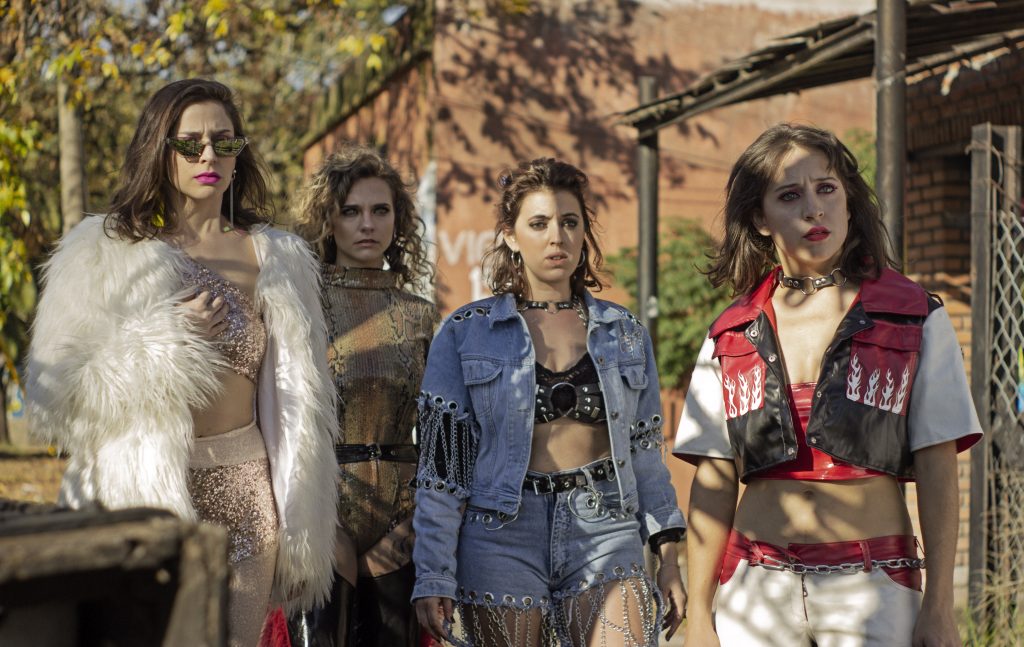 Pussycake is rock ‘n roll horror with a science fiction spin. This gory, fluid filled wild ride from Argentina was a whole lot of fun. Director Pablo Pares manages to give us a straight horror film that could have easily fallen into horror comedy. While there are some over the top moments that some may find humorous, this is definitely meant to be an intense thrill ride. The script is from Maxi Ferzzola, based on a story from Hernán Moyano and Pablo Parés. Adding the science fiction element to a familiar horror genre helps give Pussycake a fresh feel.

The band members are a likable bunch. They all get along despite their quirks, unlike many big screen fictional bands. I didn’t pick up any of the common conflict tropes. Liking the characters is important because it adds an extra layer of feelings for them. The performance by the cast sells this closeness. 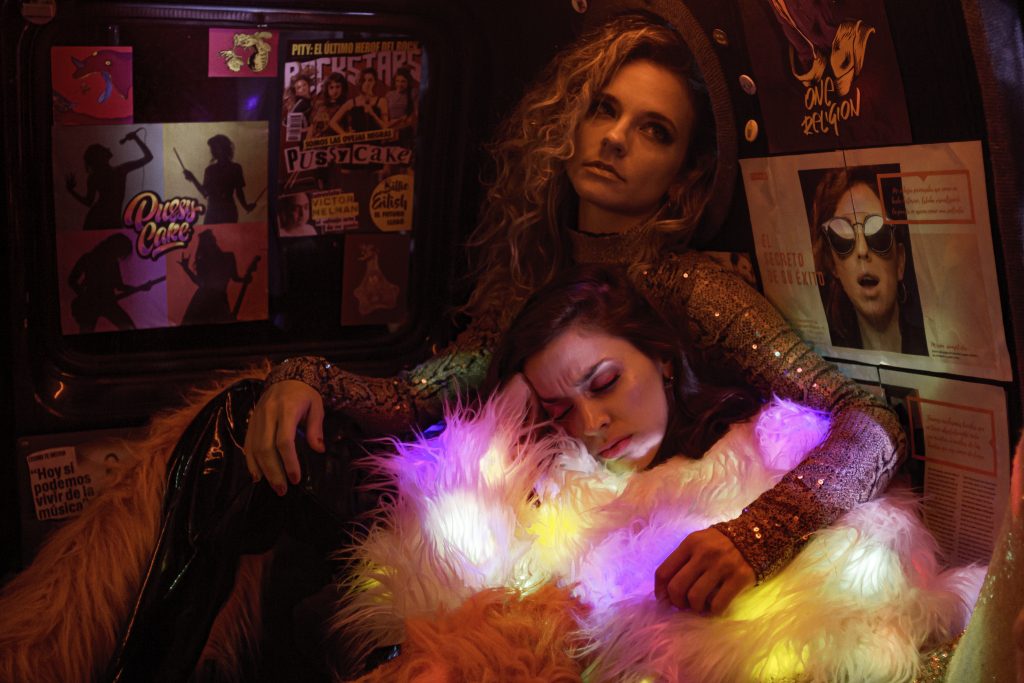 The leader of “Pussycake” is Elle, played fantastically by Maca Suarez. Suarez brings a solid mixture of strength and vulnerability to Elle, who is dealing with trauma from an abusive relationship. Aldana Ruberto plays Sara, drummer of the band and the most badass. She is the protector of the group, especially of Elle, and feels like the true unspoken leader. Anahi Politi’s Sofi is always willing to help and Juli, played by Sofia Rossi, is the party girl who likes to indulge in mind altering substances. All of them have a bond that is established early on. This helps add to the gravity of the dire situations they are put in. Everyone plays off each other well, and they felt like a band who genuinely cares for one another. 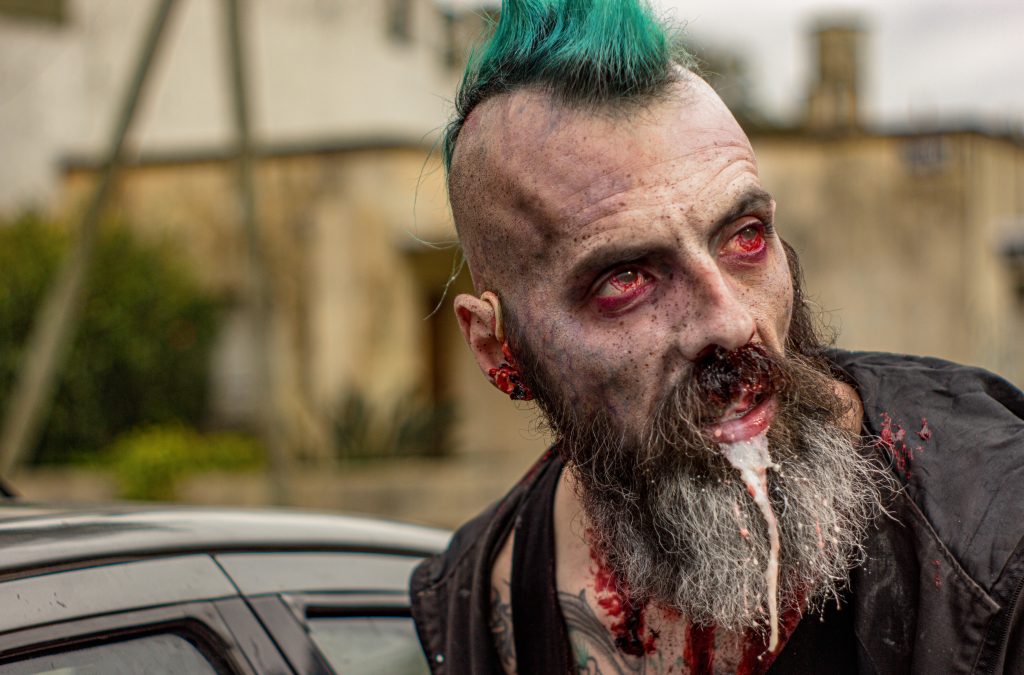 The production quality is top shelf, especially the practical and makeup effects. There is not as much gore as you might expect but there are plenty of disgusting fluids filling the screen. The projectile gooey, nasty fluids that deserve their own credits. The makeup effects on both the mutated people and the mysterious being also were top notch. There are a few odes to past sci fi horror films that a fan may be able to catch. One in particular involving the mysterious being made me smile from ear to ear. I really appreciated the lack of an exposition dump. As in the first Predator, the audience sees as much as the main characters and are allowed to draw their own conclusions. Of course, there are still plenty of visual clues and situations along the way but none of them slow down the pacing of the film. Those who like to have everything explained will be a little disappointed. 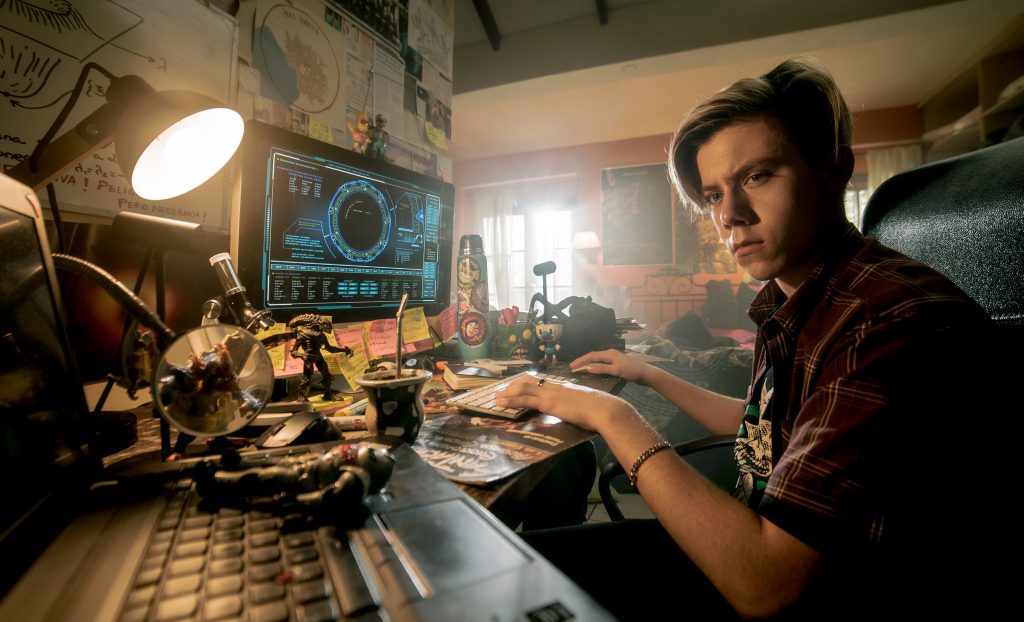 Pussycake  has all the right ingredients to make a fun watch. From interesting characters to tension filled scenes to disgusting fluids. With an interesting story and excellent direction, there is something here for all horror fans. While it is light on the rock ‘n roll, it doubles down on everything else. There are even a few surprises. It is a subtitled film but do not let that scare you away. This easily beats out some of the theatrical releases we have seen this year.

Pussy Cake streams on August 30, 2022 on Screambox, which offers a 30-day free trial at https://Screambox.com. 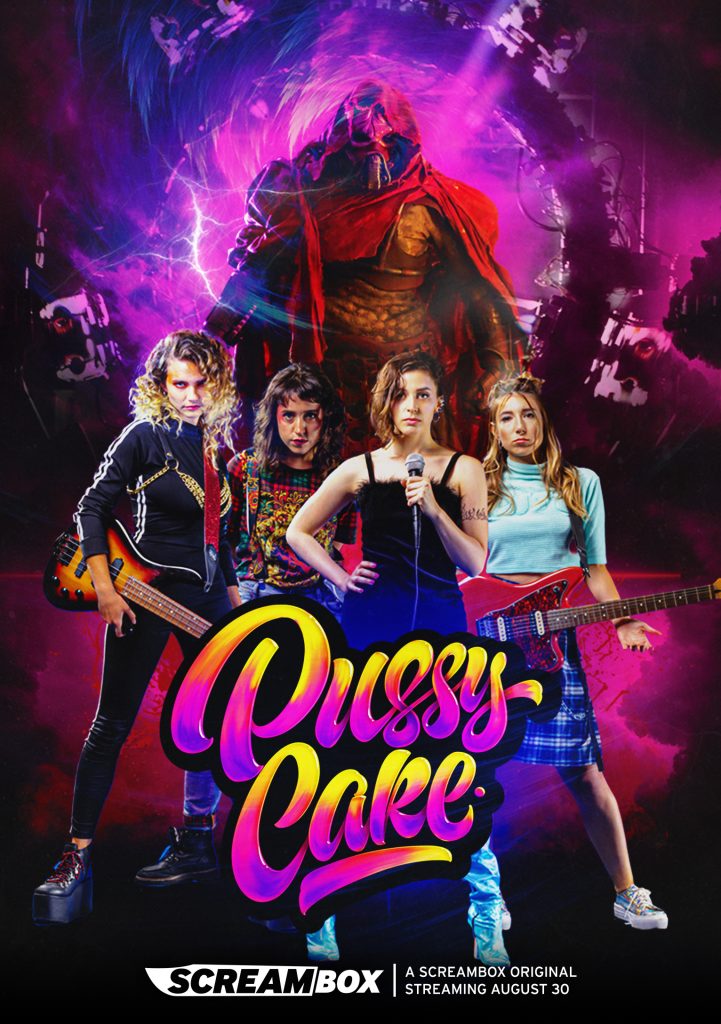 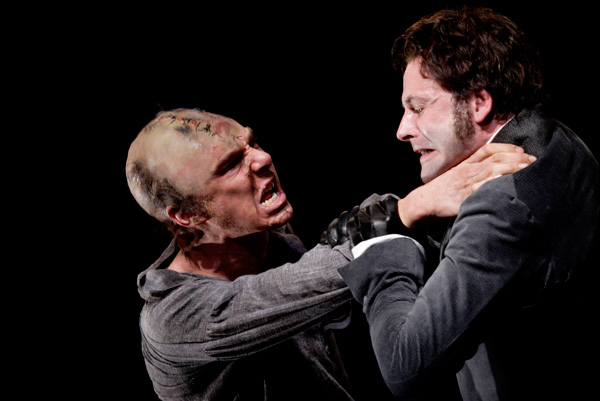 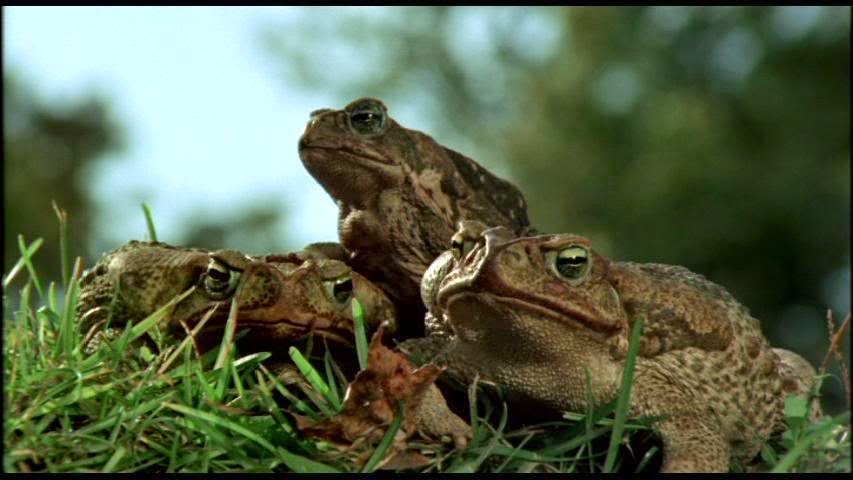