Let’s take a trip back in time, shall we? On Friday, March 6, 2020, I drove to Paramount Studios, incredibly excited to see A Quiet Place Part II. Unbeknownst to pretty much everyone at the screening, this would basically be their last in-person screening for at least a year, if not more. I remember walking out of the theater and running over to the reps, telling them how much I loved the movie. Now, 14 months later, I had the opportunity to watch A Quiet Place Part II again, as one of the very first films to see in a movie theater since the pandemic hit. Does my love of A Quiet Place Part II remain the same as I stated in my tweet from 14 months ago? Well, keep on reading to find out.

A Quiet Place Part II: I don’t know how but John Krasinski has topped the first one. My heart was racing the entire time. Millicent Simmonds NEEDS to be nominated for her performance. She is absolutely phenomenal in this. The story here expertly builds up the first. #AQuietPlace pic.twitter.com/IMPQAoESZ8

A Quiet Place Part II starts with an opening sequence that leads one to believe that the film is actually a prequel to A Quiet Place rather than a sequel. It begins on day one and gets the suspense going right away. However, 10 minutes in, the title card comes on the screen, and we are back at day 474, which is right where the first film left off. Evelyn (Emily Blunt), Regan (Millicent Simmonds), Marcus (Noah Jupe), and the new baby are on the run once again and soon learn that they aren’t the only humans still alive.

I don’t want to give too much of the plot away, but I will say that A Quiet Place Part II does what every great sequel should do, and that is built upon the ideas hinted at in the first film. The story expands the world of A Quiet Place by adding in new locations and characters like Emmert, played by Cillian Murphy. Additionally, the film works particularly well because it realizes it can’t reinvent the wheel. As viewers, we know the monsters are out there, and they are attracted to noise, so the story needed to have a different focus, and this time it revolves around how they can potentially find a way to save others and escape from them. 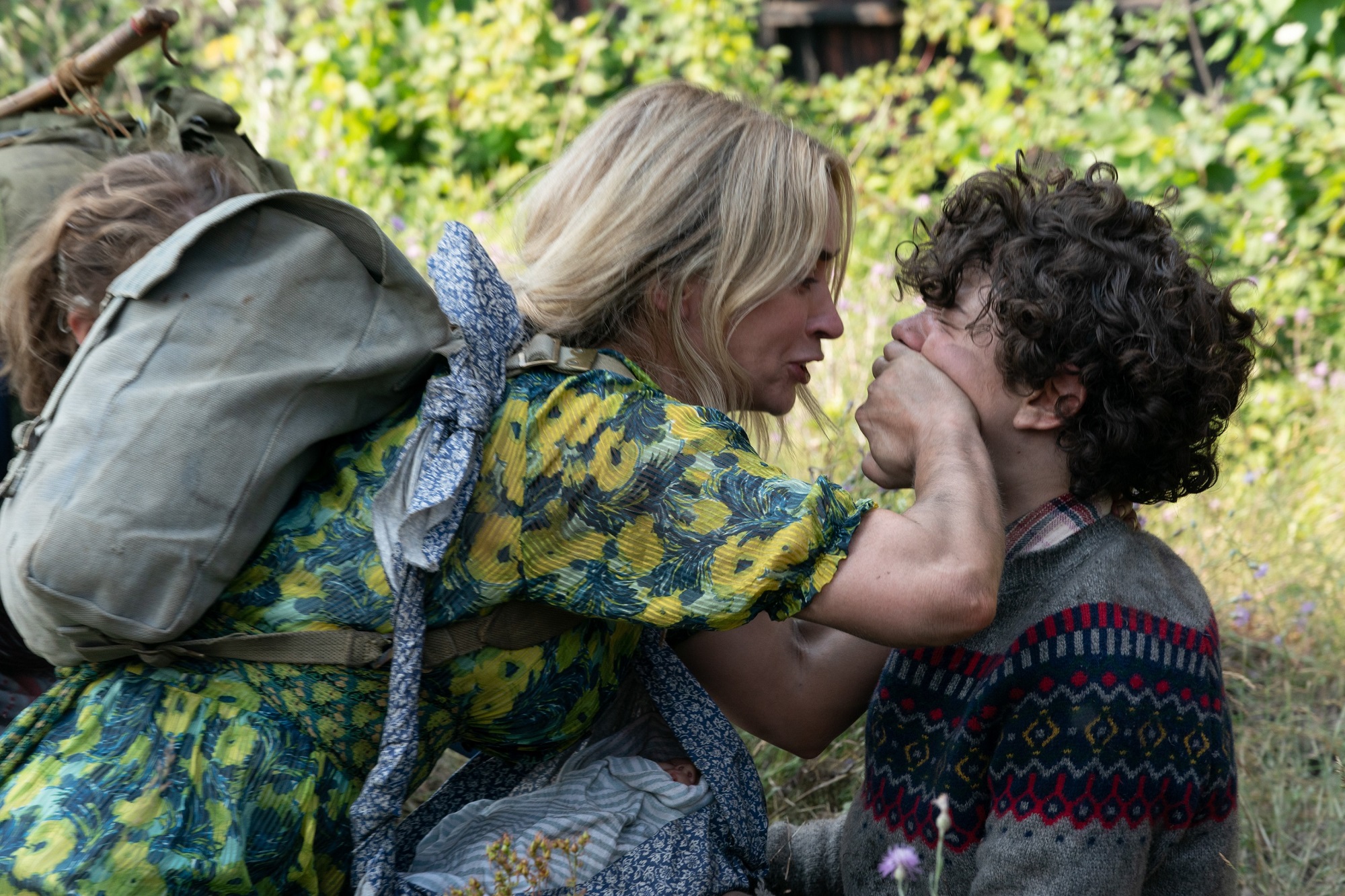 Millicent Simmonds, the breakthrough star of the first film, is undoubtedly even better this time around. Simmonds has taken the character of Regan to the next level by giving her plenty of depth and drive. Simmonds’ interactions with Jupe’s Marcus and Murphy’s Emmet serve as some of the film’s strongest moments. Regan’s also a badass, showing how she isn’t afraid to take charge of the situation. Many will probably compare Simmonds’s performance to Sigourney Weaver in Aliens or Linda Hamilton from The Terminator. While there are certainly parallels to those characters, I think Regan’s character stands out on her own. She is clearly much younger, and Simmonds is the first deaf actress to portray a character like this. This should be embraced and celebrated as a huge win for representation, and other studios should be taking notes.

Cillian Murphy’s Emmert works well as a new character, adding a little more depth to the dynamic of this family. Early in the film, there are some hints that his character will become a bigger part of the plot. Upon seeing the film for a second time, I am unsure if adding this character was necessary to the story. I fully understand why Emmert exists and how his role ties into the film’s plot, but I almost wonder if the film would have been more impactful if his character wasn’t there at all.

Noah Jupe and Emily Blunt are both equally as good as they were in the original, though they have significantly less screen time. There is a reason why, and while I won’t reveal that reason, I will say the characters aren’t always together. The film shifts back and forth between the characters at times, allowing for different storylines to take shape. This applies to the few other actors who pop up in the film, though it’s not all that necessary to get into their limited presence. 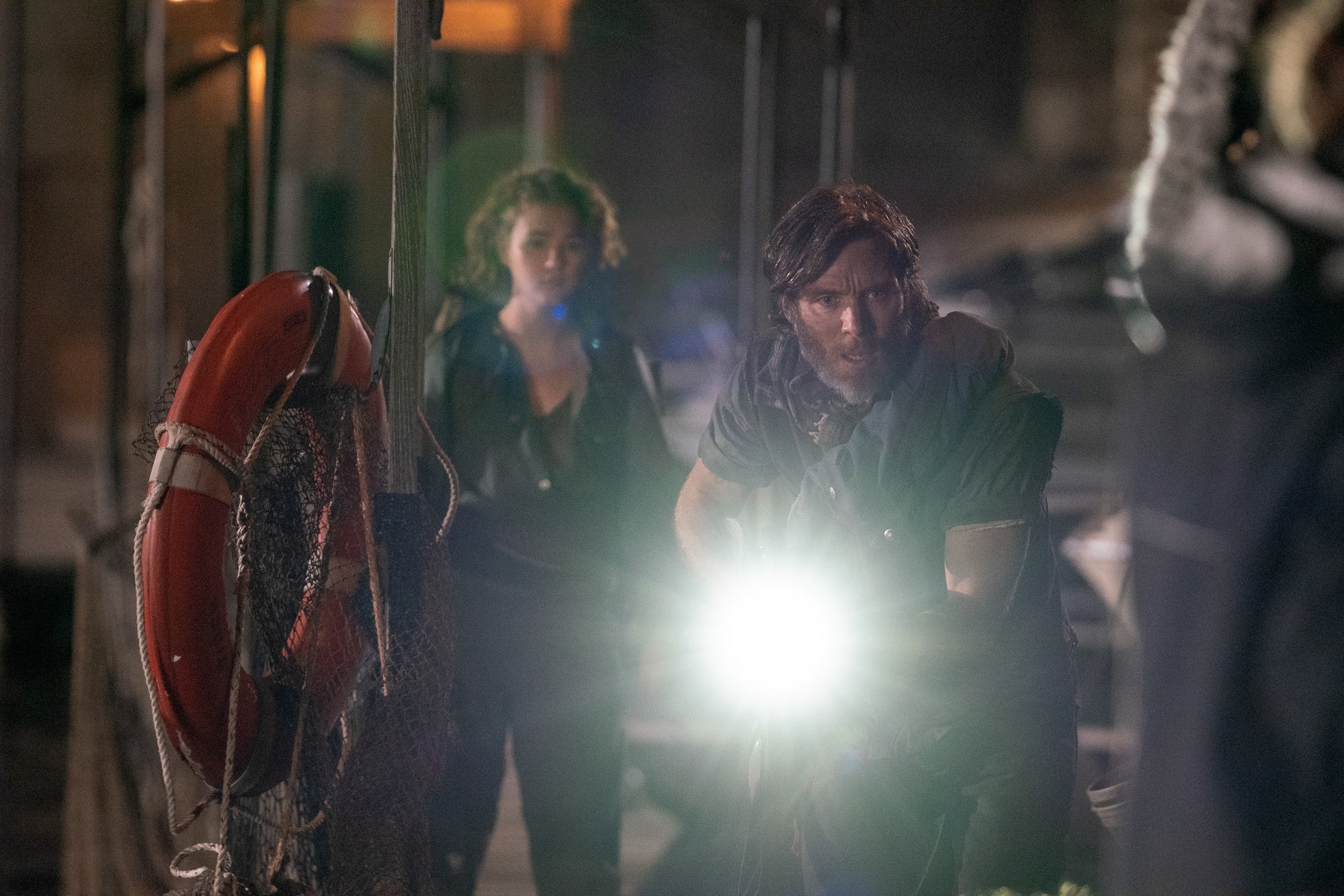 Once again, the sound design in this film is pretty remarkable. I remember being blown away by sound in the first film, which is equally impressive here. I love the scenes where Regan is without her hearing aid, and it is absolutely silent. It really makes the viewer feel what the character is feeling and going through at that moment. This is quite reminiscent of Sound of Metal, where the audio almost serves as an invisible character in the film. It’s pretty freaking phenomenal.

The other thing that really stood out about the film is the editing. There is some great editing in this film, especially during several moments where things are happening simultaneously, and the movie finds great ways to keep track of all the action while never losing sight of the tension involved. These are two categories in particular that stood out, and I would even deem them worthy of awards consideration.

As for whether or not I love this sequel as much as the first film…Sadly, I do not think this sequel is as good as the first upon a second viewing. I think aspects of this film are much stronger than the first. Simmonds, the direction, and the editing are all wonderful. Still, the film can’t quite match the level of tension of the first. There is also too much talking in this one. I hate to be that guy, but this movie is called A Quiet Place, and yet there are way too many scenes where the characters are exchanging dialogue at great lengths. 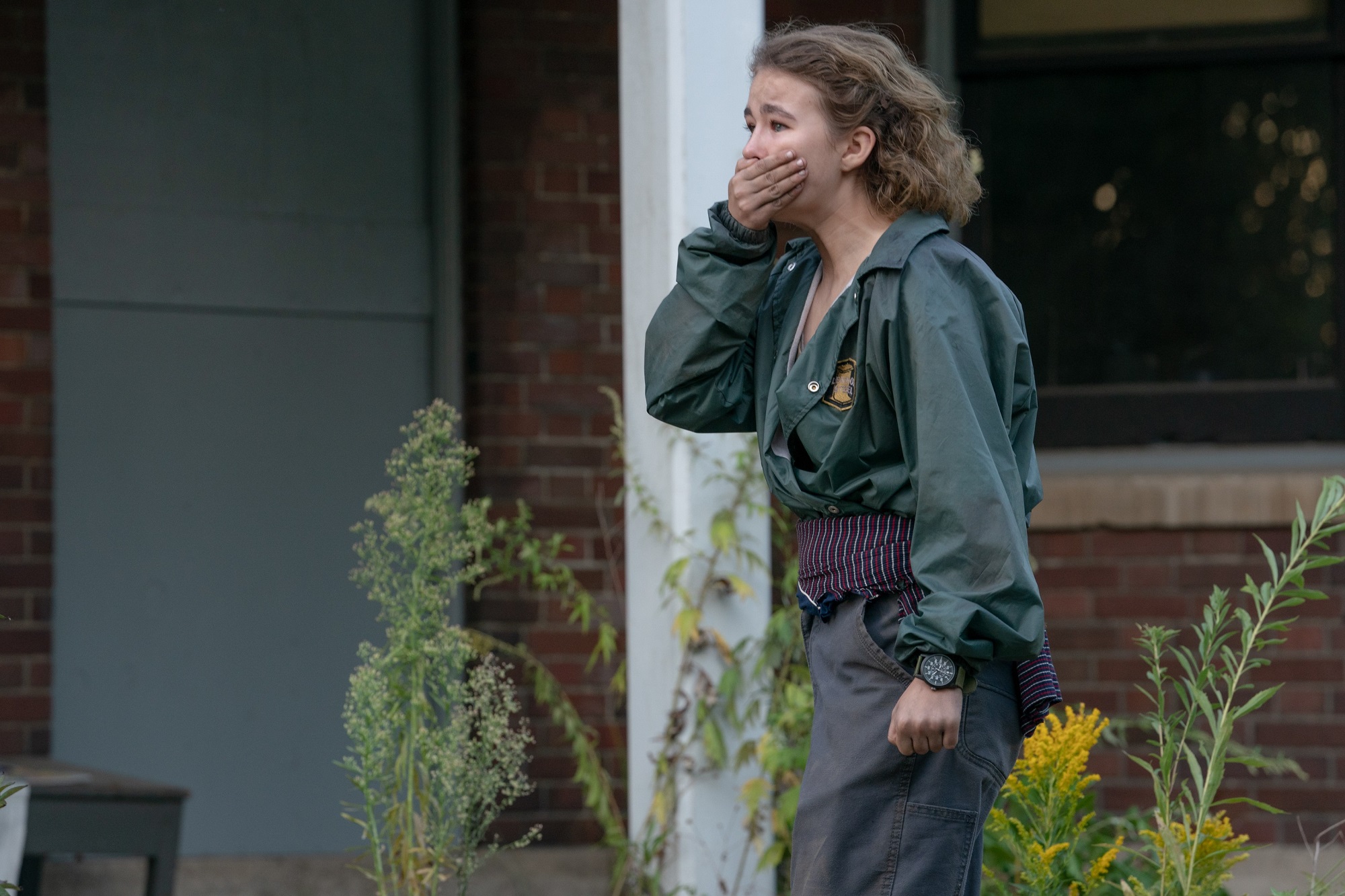 Yes, I am nitpicking because I loved the first film, and I love these characters, but it’s truthfully how I felt when revisiting it. This doesn’t mean that it’s bad in any way, shape, or form, but simply that the original was such a unique concept for a horror film. I will never forget seeing that at SXSW and seeing the entire theater react to certain moments.

Still, even if it can’t quite top the brilliance of the original, A Quiet Place Part II does a terrific job of building off of it. Millicent Simmonds delivers an award-worthy performance serving as the heart and soul of this film. I can only hope that with a Quiet Place Part III already greenlit and on the way that Simmonds’ Regan continues to serve as the main character. Just like its predecessor, this film works best when experienced on the big screen amongst friends, family, and strangers. It’s a film that demands that communal experience and is well worth the price of admission. If you are vaxxed, I highly recommend seeing it on the biggest screen with the best sound system possible while you can.

Scott Menzel’s rating for A Quiet Place Part II  is an 8 out of 10. 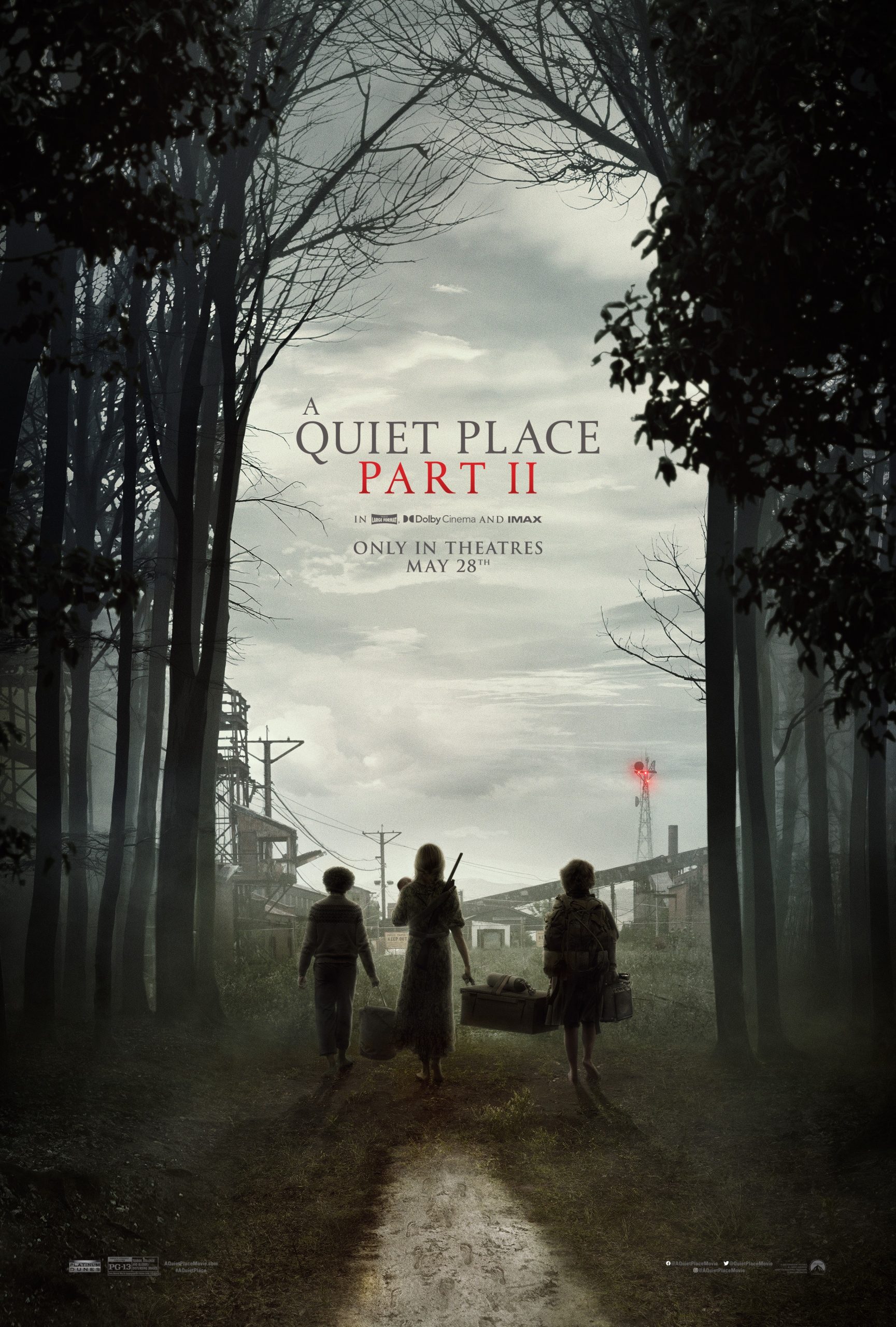 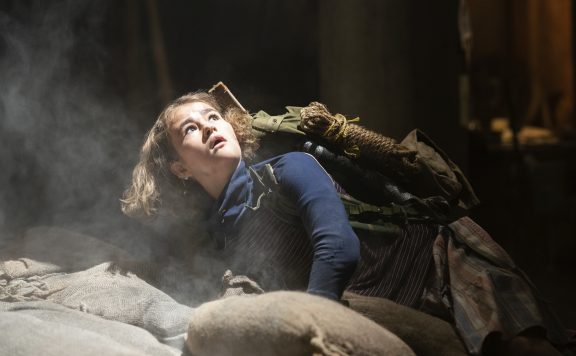 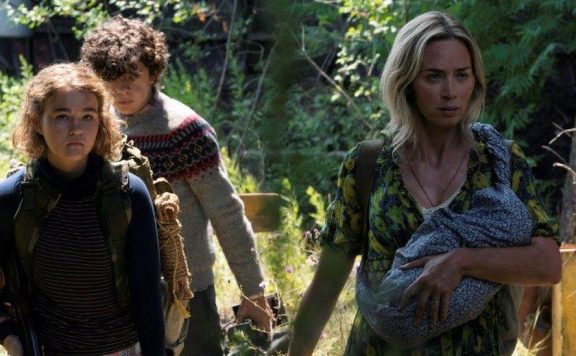 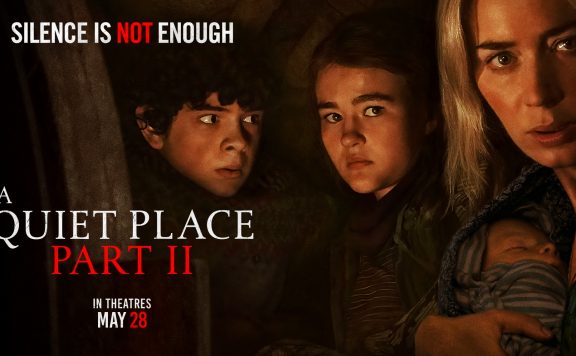