During the late 1910s and early 1920s, radium was everywhere — from clock dials to “cure-all” health treatments to nail polish — it was all the rage. But science and regulations are often two steps behind the trends — we tout its miracle uses first and learn about the disastrous side effects later. This was exactly the case with radium and the “Radium Girls” who worked in the factories painting the clock dials during the Roaring Twenties. Dealing with WWI’s aftermath while simultaneously adjusting to modernization and a changing world, workers’ rights and factory regulations were still in their infancy and rife with corporate greed, misogyny, and misinformation. This is the backdrop for Showtime’s new film Radium Girls.

The film revolves around Bessie (Joey King), a young woman who works at the local Radium Dial Company factory alongside her older sister Josephine (Abby Quinn). The two young women couldn’t be more different from each other — Bessie is more free-spirited, almost akin to a Flapper Girl-type obsessed with the movies, while Josephine is a more subdued, studious, and serious young woman with hopes of going into archeology. It is just the two sisters living alone with their elderly Italian grandfather after their oldest sister, who also worked at the factory, died a few years earlier. Then one day, Josephine starts getting sick — she’s fatigued and has some jaw pain — but they can’t quite figure out what’s wrong with her off the bat. She brushes it off and continues to work because the family can’t afford her not to since only the two sisters are working.

As her symptoms get progressively worse, Bessie becomes alarmed and calls for the company “doctor” to diagnose Josephine. Of course, being on the payroll, the doctor says there is nothing wrong with her, she’s perfectly fine and maybe just needs to work on her hygiene a little (the nerve), but he does agree to run some test. When he comes back with the results, he claims that Josephine has syphilis (even though she’s a virgin), the same thing that their older sister “supposedly” died from. 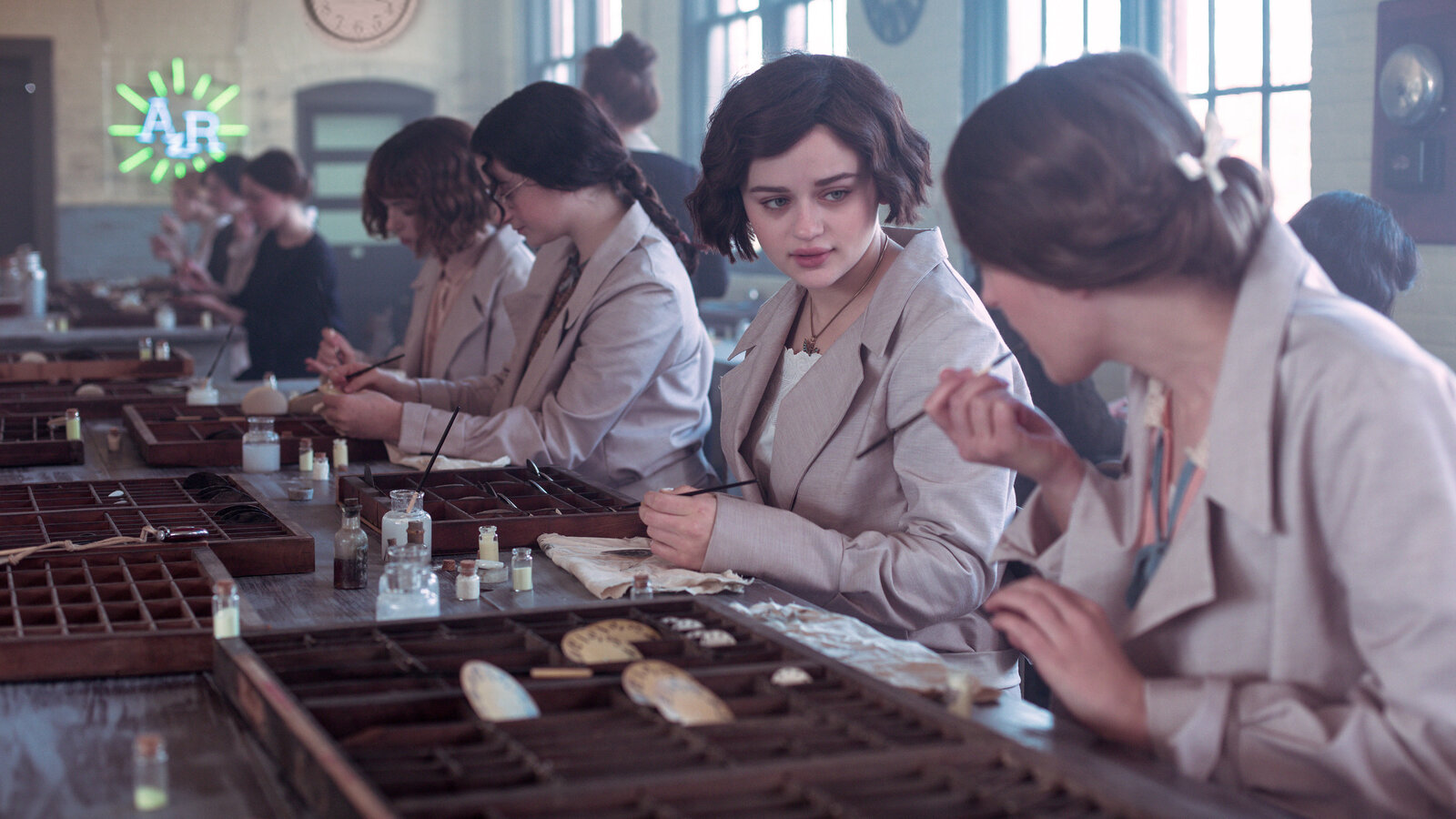 Bessie senses something fishy is going and discusses the matter with her new boyfriend Walt (Collin Kelly-Sordelet), a Communist and photographer, who suggests that she talk to this “doctor” that he knows through the Party. When they meet with Wiley Stephens (Cara Seymour), they find out that she is not a doctor, but she helps workers who have been injured or screwed over by their employers. She tells the sisters that they aren’t the only ones who have been dealing with the radium issue and that the Radium Dial Company knows that the radium is hazardous and has been covering it up and paying people off. This sets Bessie off on an uphill crusade to save her sister and her fellow workers and leads to the legal case that changed workers’ rights forever.

Radium Girls is essentially a glimpse at some of the earliest corporate whistleblowers in history — with a feminist slant, but it’s not as heavy-hitting and feels more like a YA novel adaptation. It’s an “after-school special” history lesson that skirts around a lot of different societal movements and issues at the time — from women’s suffrage to industrialization and the spread of Communism in the U.S. during this time period. It’s live-action with some WWI footage and archival images and advertisements from the time thrown in for authenticity. With the combination of the costuming and soundtrack, the film feels like it’s the 1920s but somehow feels modern at the same time, somewhat taking away from the realism of the time period.

This film is somewhat of a coming-of-age story for Bessie in which she is forced to take her head out of the clouds and finds her voice in a cause that is personal to her. She goes on a journey to maturity and self-discovery. Radium Girls sets the film up in a very black and white way — the villain (the company and the owner) is clearly laid out, and there is no grey area. But it somewhat romanticizes the time period and the trial and adds levity to the situation. But the film feels like it’s trying to do too much — it wants to touch on everything (there’s even an unnecessary romance in the film), including the passing mention of the Tulsa Race Massacre, which seems to be a hot topic in film and TV in the past year or so (the only Black girl in the film just happens to be from Tulsa and fled the riots).

In the end, the performances and the final product just feels a little lackluster and uncommitted, making for a cheesy teeny-bopper look at the Radium Girls and their place in history.

Radium Girls is available in select virtual cinemas and theaters on October 23, 2020 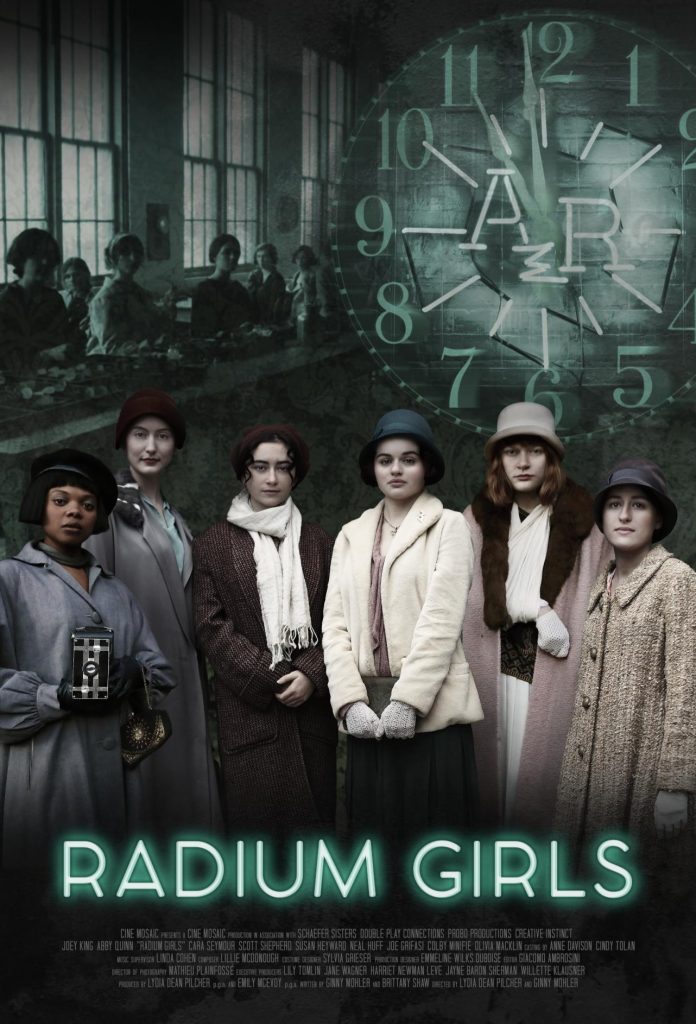 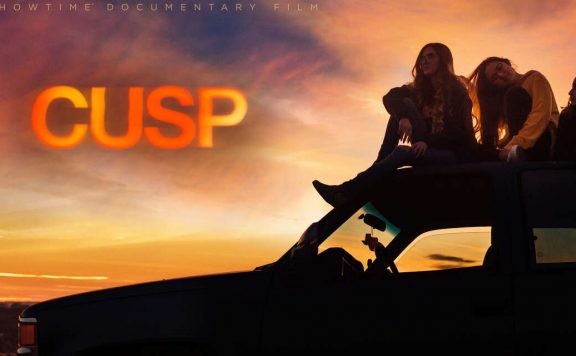 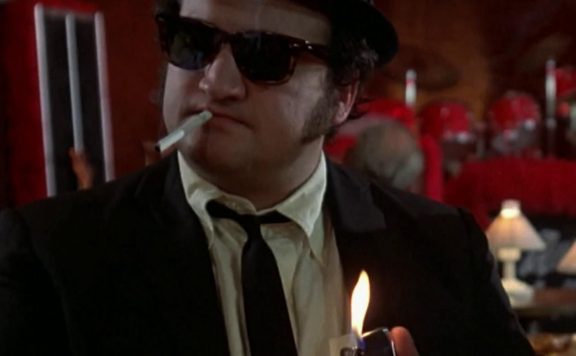 ‘Radium Girls’ Review: An After-School Special Take On A Turning Point in History