Loosely based on the popular video game about a secret lab experiment that turns animals into huge rampaging monsters, Rampage takes all the action to the big screen with star Dwayne Johnson front and center. He plays primatologist Davis Okoye who has a close bond with an albino gorilla named George. But when some of the experimental gases are accidentally released, George is one of the animals affected, as is a wolf and an alligator. Soon, all three are larger than life and ready to destroy a city – and Davis has to figure out how to save the day AND his best friend.

At the recent press day, Johnson and Rampage director Brad Peyton talked about collaborating on their third film together (they also did Journey 2: The Mysterious Island and San Andreas) and how much they admire each other’s work ethic.

Brad Peyton: Man, I was so excited to hear what you were going to say first. Well, the absolute honest thing is… Yeah, it’s his muscles. I just love his muscles. No, I had the great fortune of working with Dwayne on my second movie [Journey 2: The Mysterious Island] and realized he was a great human being, very wise person who had had a lot of success in different fields. I’ve learned so much from him and continue to learn so much from him, both as a person and a business person. But ultimately what draws me is a creative partnership. He takes big swings. What I learned from him is when you get up to the plate, try and hit a Grand Slam. Why else would you get up to the plate? 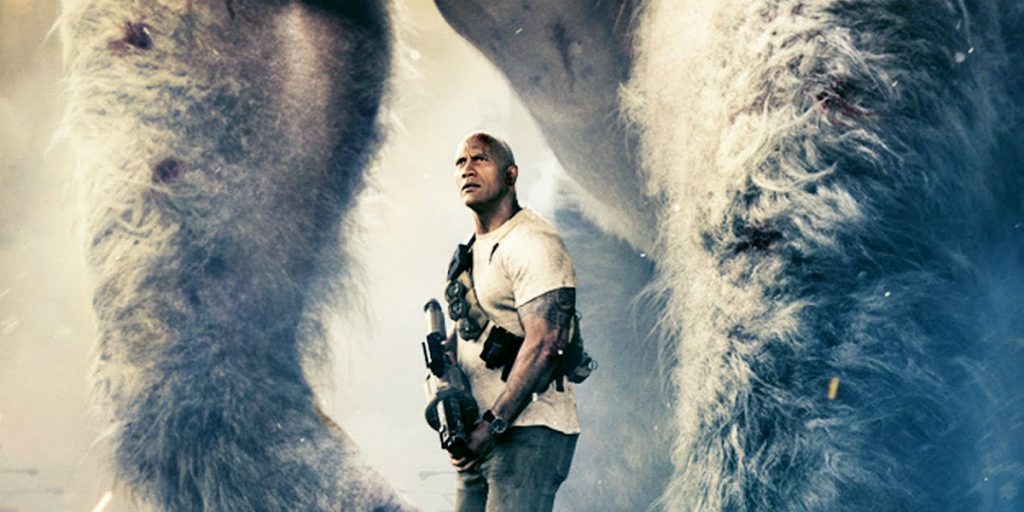 I love that. As a Canadian, I don’t think I was ever trained to think like that but this gigantic Hawaiian dude really knows how to do this thing right. It’s that kind of thing that he brings to the table. Creatively, every single time we get together to talk about things and work on things, it always adds up to something greater than I could have imagined on my own. And I hope I do that for him as well, but always a culmination of ambition, passion, drive – just raw creativity. As a filmmaker, visual arts, whatever, that’s what gets you up at 6 AM when you really just want to sleep because you haven’t slept in four months. That’s ultimately what it is. I love collaborating with someone who is that passionate, driven, creative and he brings it every single time. It’s an awesome experience.

Johnson: Thank you, man. Well, he’s an asshole [laughter]. No, I think that’s a great question. It’s my third movie with him. There is ambition there, he’s a very ambitious director. I enjoy working with him creatively as well. I came from the world of sports at a very early age and I enjoy being coached and pushed. Not a lot of directors sometimes feel comfortable in that space. And that’s okay because I’ll find my inspiration and motivation in some other ways and make the project work. They all don’t have to have a coach’s mentality. But Brad does have that. Despite him always underplaying that, “Oh, I’m from Canada and I like to apologize a lot,” he’s also a very ambitious guy. If this is the line, he’s okay to go right up to the line, is okay to step over the line.

It’s like he said, if we are going to take a swing, we don’t get a lot of shots at this. In any business. So why not take a swing for the fences? Let’s go for it. I feel like we have the ability, we have the resources, the talent who come to the table with us, so we’ll take a swing and see what happens.

Also, I love the fact that he loves movies. He loves movies and loves movies that make people feel good. I like that, too. Our DNA is very similar to that. I feel like we invest so much time in these movies. As you guys know, movie making is hard. It takes many many months of post and then promoting like we are doing now. It’s a long time, especially for directors. I have the ability to make a movie, and even if I’m producing a movie, I can go on and do other movies. Brad is on the movie for two-three years. 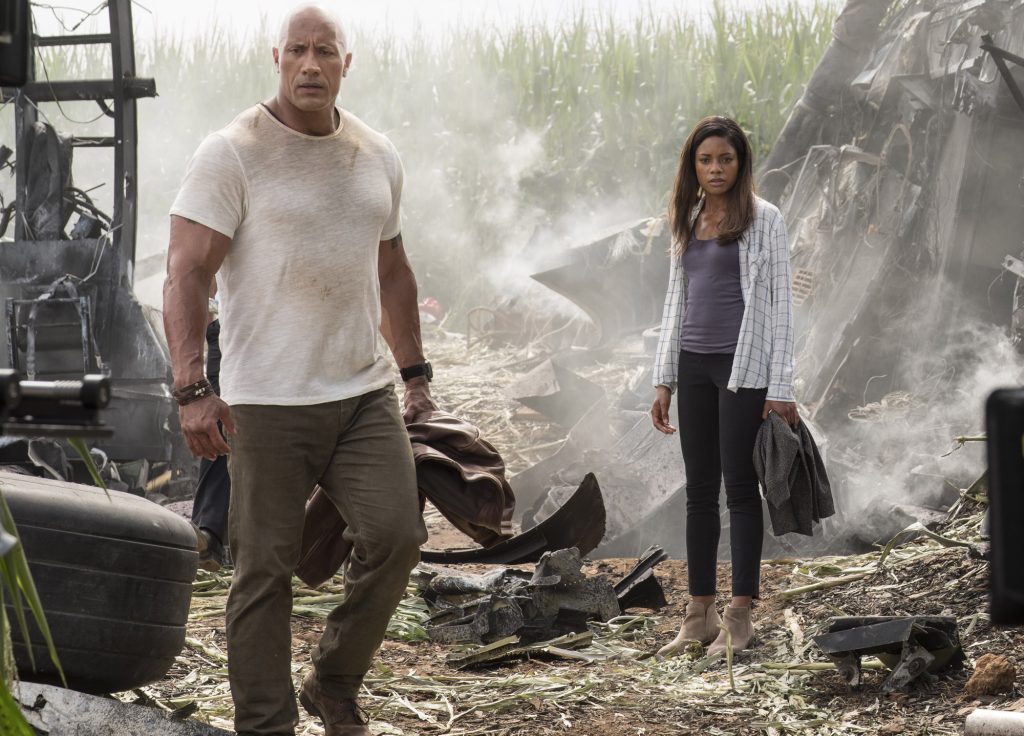 The passion shows. He’s influenced by those kinds of movies, by Spielberg, James Cameron, movies like that. I like that. I like that about anybody in this business but specifically a director. They have a responsibility not only to make a good movie, but also I like the DNA we share. We want to make this movie fun for the audience that they are walking home floating in some way, feeling good and great about what they just saw. And a great experience because that’s what movies are and should be to us.