Rampage Reactions: What are Critics and Audiences are Saying About Dwayne Johnson’s Monster Movie

Director Brad Peyton teams up with Dwayne “The Rock” Johnson for the third time with his latest film, Rampage. The video game inspired monster movie follows Davis Okoye (Dwayne Johnson), a dedicated primatologist that looks after and takes care of a rare albino silverback gorilla named George. One evening, George becomes infected by an unknown virus which causes him to become incredibly violent and grow at an alarming rate. When Davis becomes aware of what has happened to George, he turns to Dr. Kate Caldwell (Naomie Harris) to help him track down an antidote that will not only save George but the world.

The World Premiere of Rampage was held at the Microsoft Theater in Downtown Los Angeles on April 4, 2018. The Microsoft theater seats 7,100 people and it was a packed house for the Rampage Premiere. Here are some of the reactions from critics and audiences that were lucky enough to attend and have now seen the film.

As an animal lover, it’s hard not to vibe with #RampageMovie’s sweet relationship between @TheRock & gorilla George. It’s the driving force of the action & its beating heart.

@rampagethemovie is a blast. Climax is all out Fun. #RampageMovie

#RampageMovie knows exactly what it is and makes no bones about it. Stupid stupid fun, guys. Have some drinks and go see it next week when it comes out. Super entertaining ??@rampagethemovie

WOW!!! @rampagethemovie couldn’t have been any better! Amazing job by all involved! A MUST SEE! @NewLine_Cinema @wbpictures @DaveandBusters

– It delivers exactly what you want from a movie featuring @TheRock

Rampage is big, loud and fun as hell. Especially touching to see the Harambe in memoriam card during the closing credits. @TheRock’s got another massive hit on his hands! #RampageMovie

#Rampage certainly doesn’t break the video game movie curse and has some of the worst villains I’ve seen on screen this year (and I saw Ready Player One) but it’s enjoyable in a disposable sense. I cared more about the Rock/ape relationship than I did the city smashing.

Rampage is ridiculous and fun!

It's a big movie, kind of like Transformers, back in the days when they were pretty good, but with giant monsters.

Rampage embraces what it is visciously well, so that @TheRock and @JDMorgan can be epic on screen! Buckle up. pic.twitter.com/NhtyeuY3eS 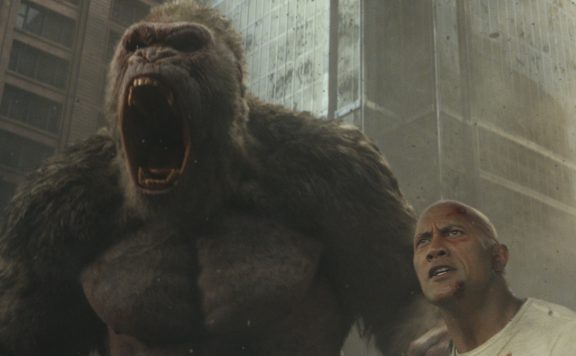 Rampage Star Dwayne Johnson and Director Brad Peyton on Why They Like Working Together
April 9, 2018 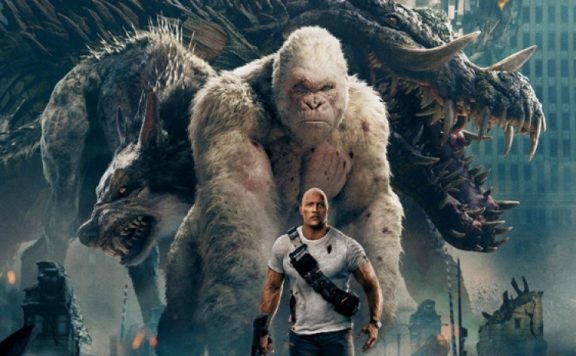 Rampage Reactions: What are Critics and Audiences are Saying About Dwayne Johnson’s Monster Movie