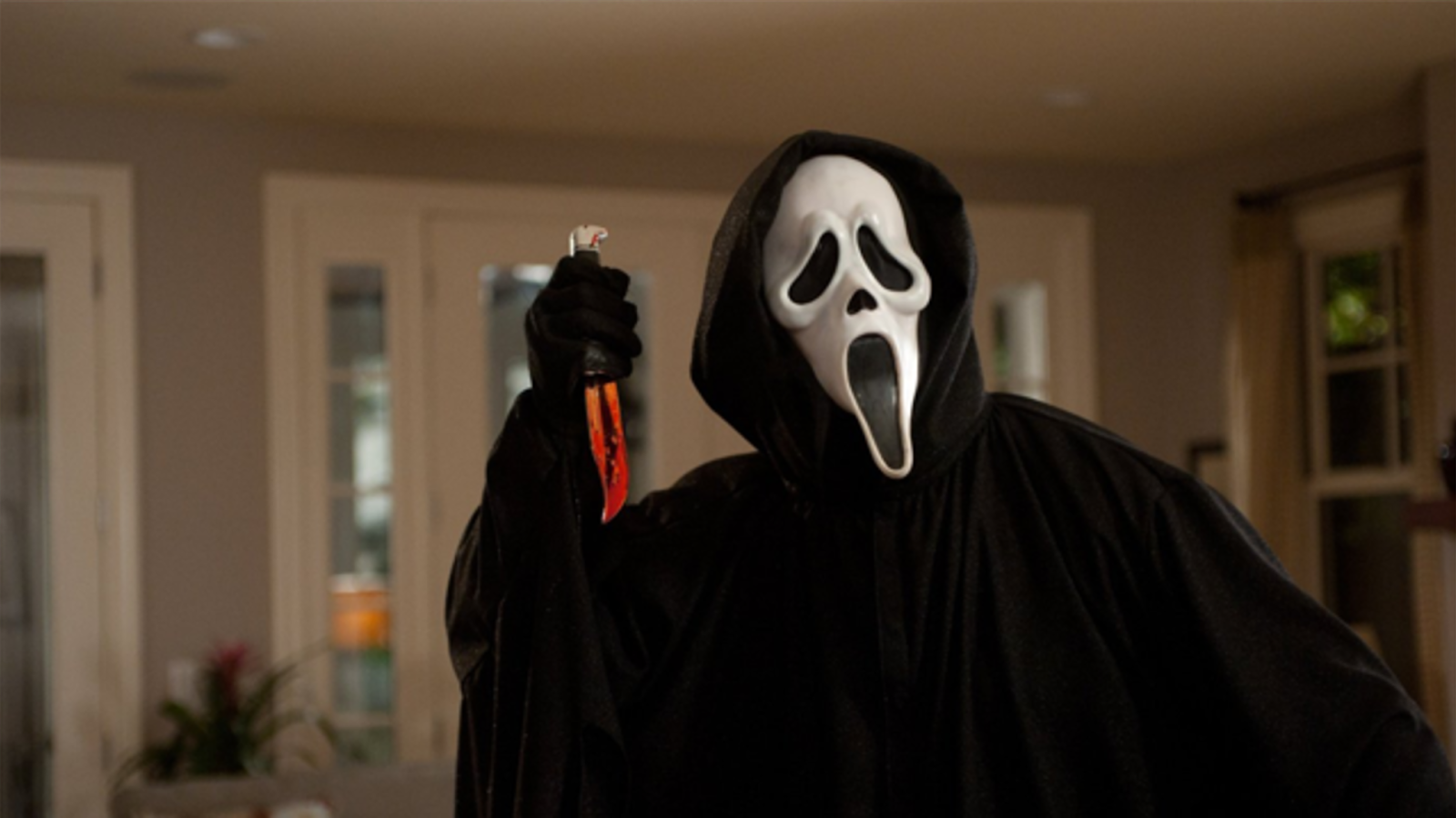 Ranked: All Five ‘Scream’ Movies from Worst to Best

Scream is regularly cited as having revived the horror genre in the mid-90s. Written by Kevin Williamson and directed by Wes Craven, the film brought a new angle to slashers by having the characters being knowledgeable about real horror movies and trying to avoid the usual victim mistakes. It was a breath of fresh air and delivered meta humor and scary slasher scenes. Scream created the template for many slasher clones for the late 90s and early 00s and gave us one of the best final girls (Sidney Prescott) and villains (Ghostface) in horror.

Not surprisingly, Scream was followed by some sequels. There are five films as of now. There was also a three-season TV series made in the 2010s, but I’ll be sticking to the films for this article. Let’s break down the film series with how I rank all of them from worst to best, with my short reviews and grades for each film as well. 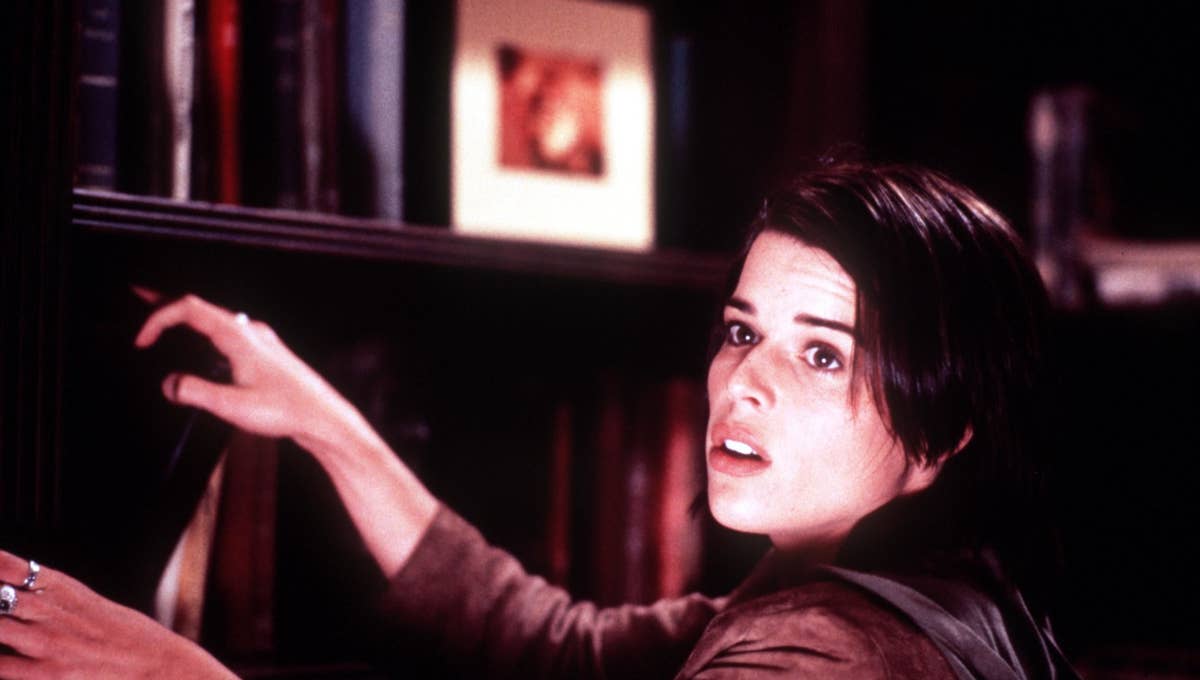 The third film is easily the weakest of the series, but it’s still watchable. This one practically goes into self-parody territory as the plot brings Sidney (Neve Campbell) and her friends to Hollywood. The script, by Ehren Kruger instead of Williamson, lacks bite and feels obvious as it takes aim at movie trilogies. The kill scenes are pretty tame and the big surprise of Ghostface at the end of the film feels more contrived (tying all the films together) than eye-opening. Still, the main cast is strong and there’s a potent underlying theme about disgusting predatory men in show business. A few of the cameos are entertaining too, with people like Carrie Fisher and Lance Henriksen popping up. Grade: C+ 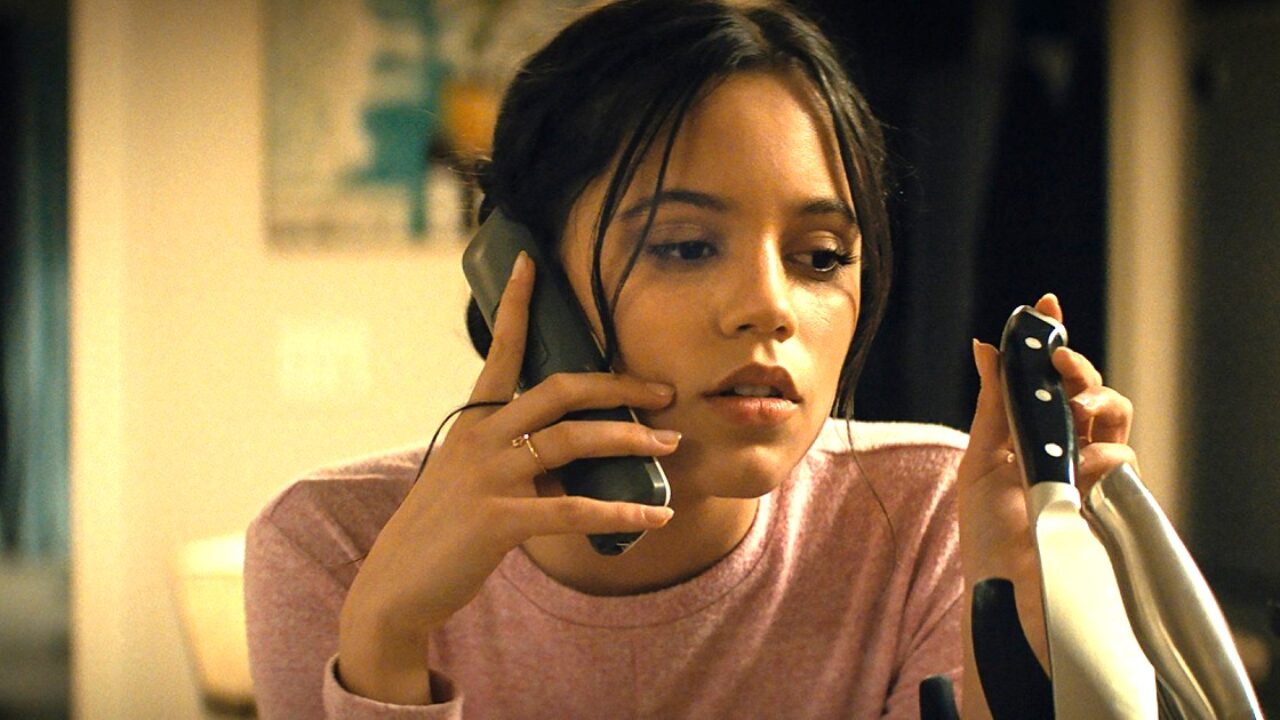 After the passing of Craven in 2015, the future for the series was uncertain. Then a “requel” simply titled Scream came in 2022 from Ready or Not (2019) directors Matt Bettinelli-Olpin and Tyler Gillett. While it’s a fun and slick reboot sequel that focuses mostly on new characters, the film also plays it a bit safe when it comes to the meta humor and story directions — and Craven and Williamson’s absence from the material can be felt. David Arquette shines in his scenes as Dewey while Jack Quaid also impresses as a boyfriend character who tries to get survival tips from the “Stab” movies. Scream 2022 takes a couple of bold swings, but I wish it was even riskier and had gone for the jugular instead of resorting to easy jabs with the script. Grade: B 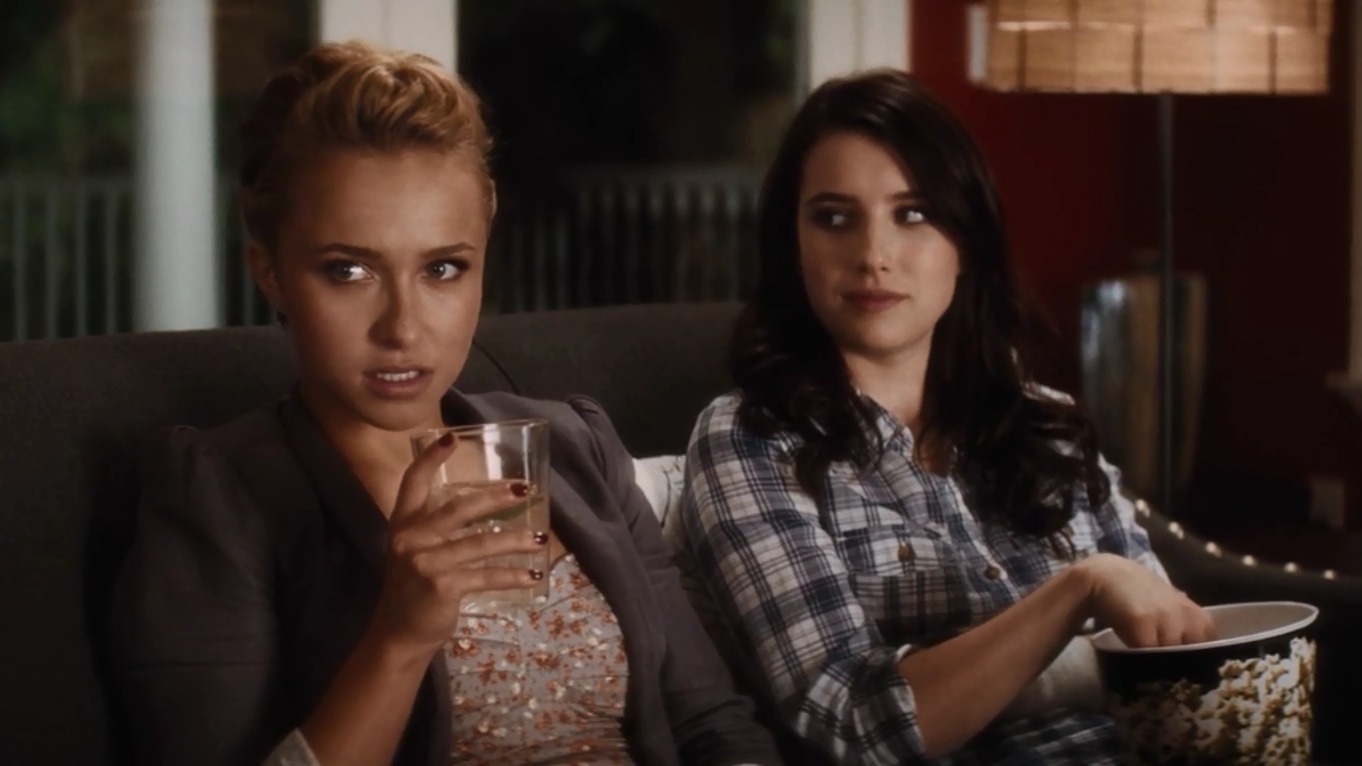 The series came back swinging with Scream 4 after an eleven-year break. This one finds Sidney returning to Woodsboro as it is a stop on her book tour. Of course killings start again, with Sidney’s niece Jill (Emma Roberts) and her friends being the targets. The fourth film comments on reboots and the social media age while feeling closer to the first film in terms of plot and character than the second and third films do. Despite the similarities, Craven and Williamson still find life in the franchise with a solid mix of new and old characters (Kirby (Hayden Panetterie) is a standout), intense scenarios (love that closet scene), and a climax that brings a fresh character perspective. The clever opening sequence alone is better than anything in the third film. This was Craven’s last film he directed before he unfortunately passed away in 2015. Grade: B+ 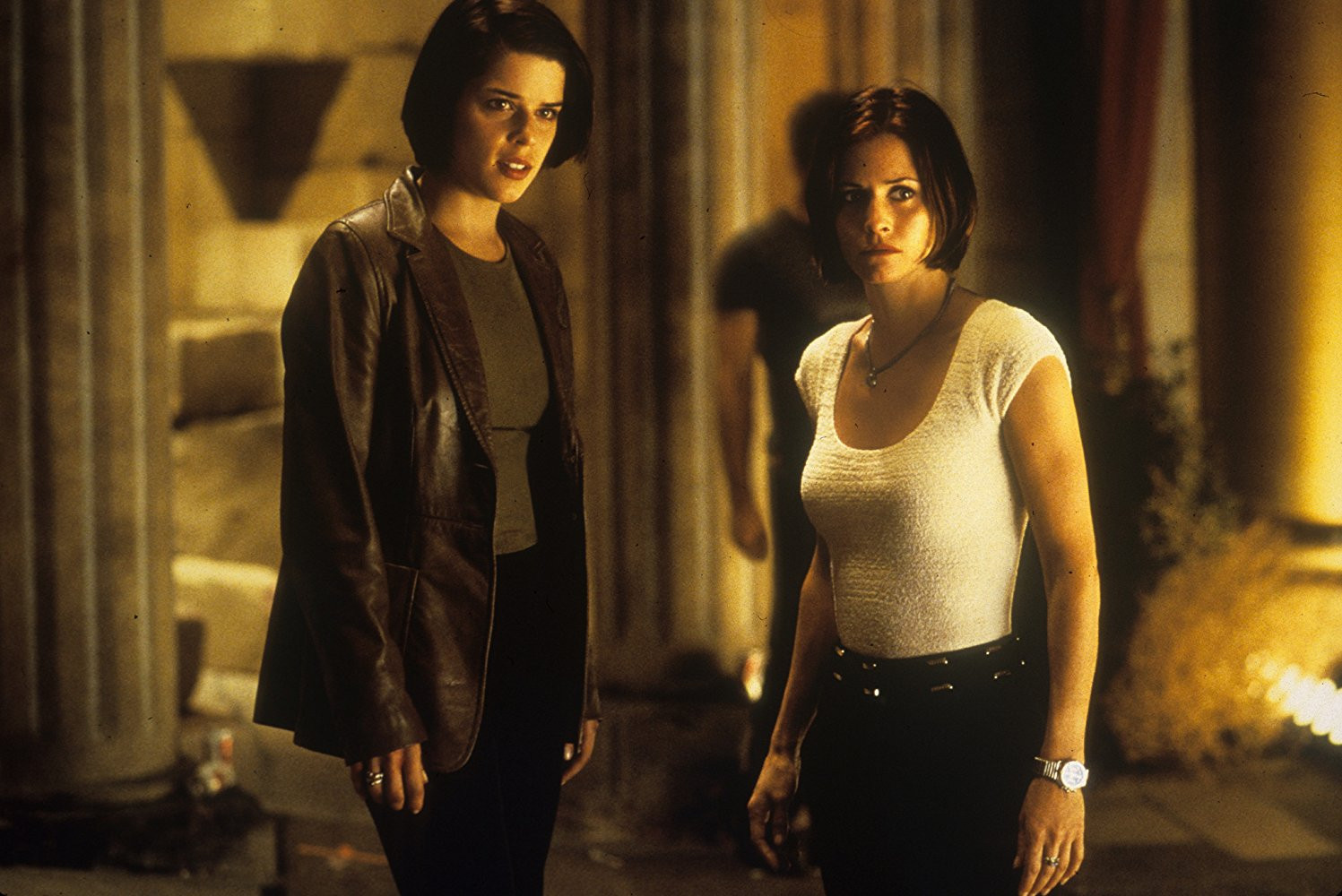 After Scream became a big hit, a sequel was fast-tracked and released less than a year after the first film was released. With that rush in mind, it’s remarkable how good Scream 2 turned out. The plot moves things to a college campus as Sidney is targeted again. Naturally, Craven and Williamson poke fun at movie sequel formulas and college lifestyles this time around. The cast is full of great players, from the actors of the surviving members of the first film to newcomers like Jerry O’Connell, Timothy Olyphant, and Sarah Michelle Gellar; Jamie Kennedy steals every scene he is in as the returning Randy. The opening scene introducing the “Stab” franchise in the movie theater is brilliant, only beaten by a superior suspense scene involving characters escaping a wrecked car. Scream 2 doesn’t hit as hard as the original film, but it’s still an exceptional late-90s slasher. Grade: B+ 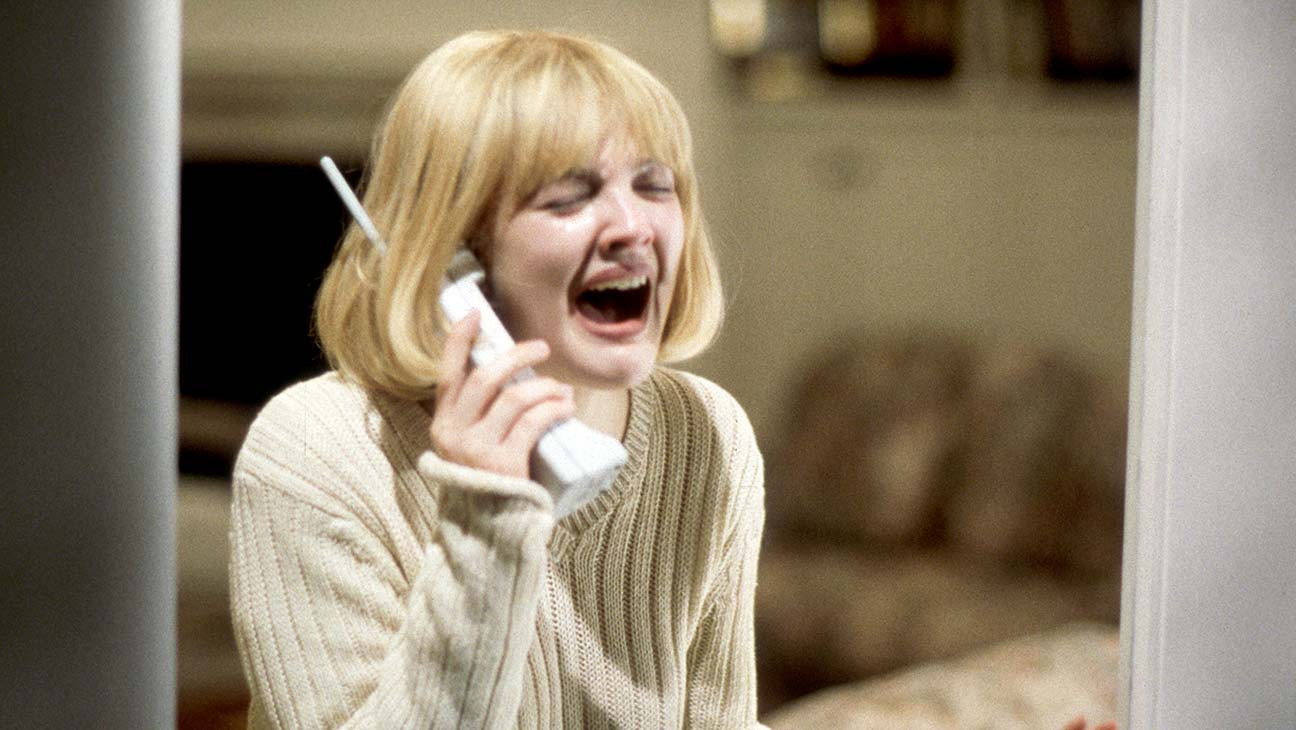 There’s no question that the first Scream is the best film of its series. It follows Sidney and her friends being stalked by a Ghostface killer a year after her mom’s death. Williamson’s script is one of the smartest of the horror genre, a gripping whodunit with colorful characters, tense situations, quotable dialogue, and endless observations having to do with “horror logic.” From the opening phone call scene to the wild climax full of surprises, Craven directs the hell out of Scream. The whole cast is perfect too, filled out by people like Campbell, Arquette, Courtney Cox, Matthew Lillard, Rose McGowan, Drew Barrymore, and Skeet Ulrich. Ghostface became an iconic antagonist right away, with Roger L. Jackson terrifying as “the voice” of the killer. The film changed the horror landscape when it was released and continues to have an impact on the genre to this day. Scream is simply a horror masterpiece that’s endlessly rewatchable. Grade: A+ 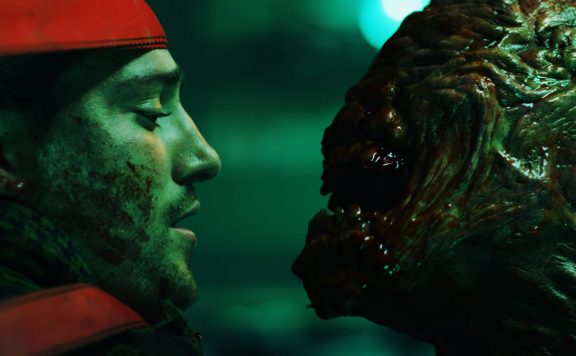 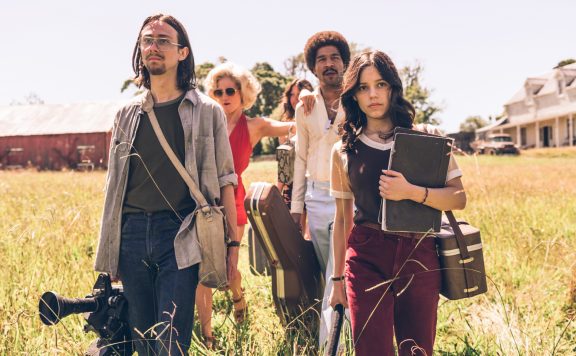 Ranked: All Five ‘Scream’ Movies from Worst to Best

Daniel Rester ranks all of the movies in the horror series 'Scream,' including the 2022 reboot movie by Matt Bettinelli-Olpin and Tyler Gillett.
0
Average User Rating
0 votes
Please sign in to rate.