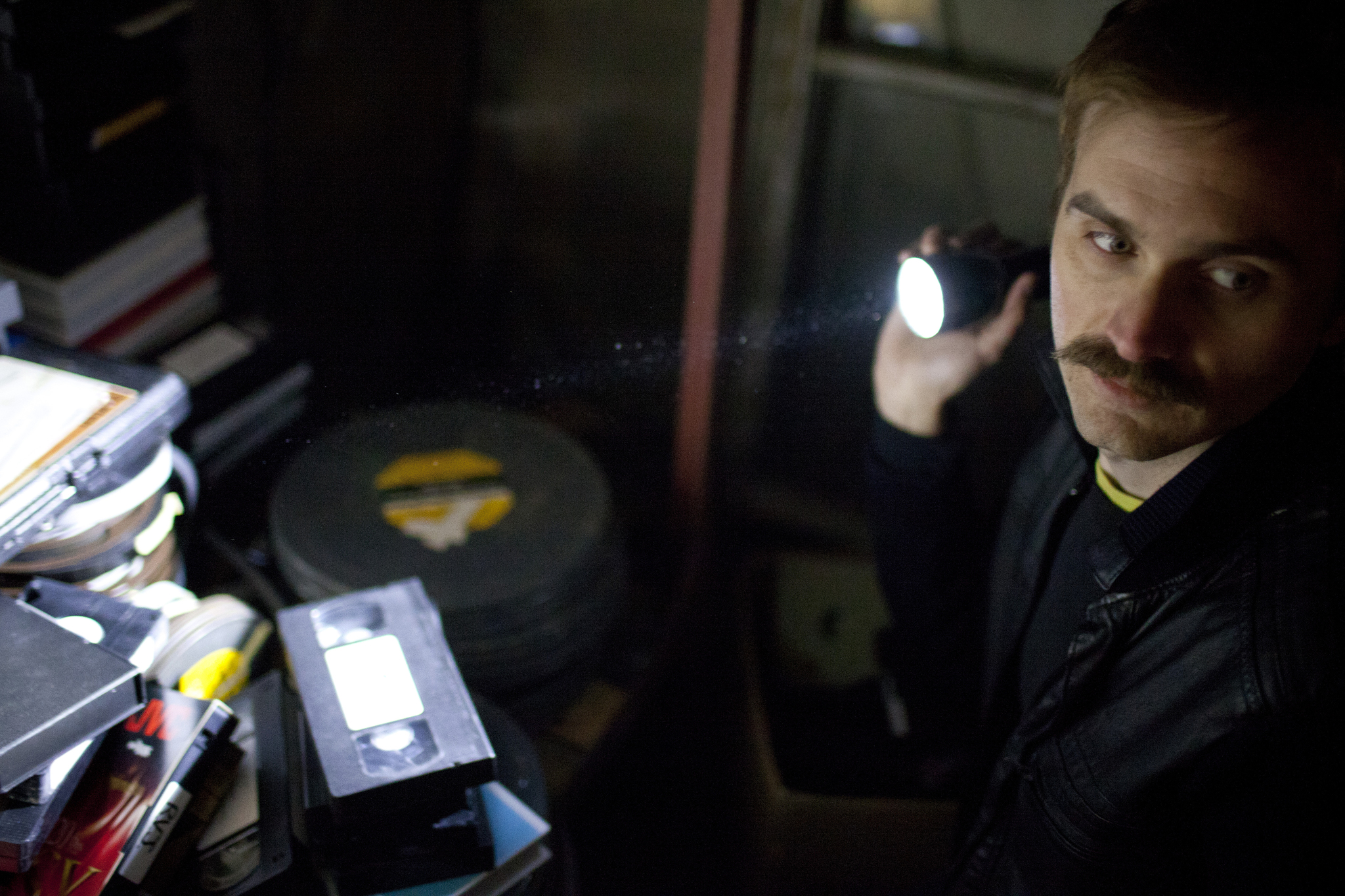 In the early part of the 2010s, horror-focused website Bloody Disgusting launched the V/H/S film series. Films were released back to back in 2012, 2013, and 2014, each consisting of an anthology of horror shorts with multiple directors involved. In 2021, the series was rebooted with V/H/S/94. This year we have V/H/S/99, which just released on Shudder, and V/H/S/85 has already been announced for 2023. Here’s a look at all five current films and how I rank them from worst to best. 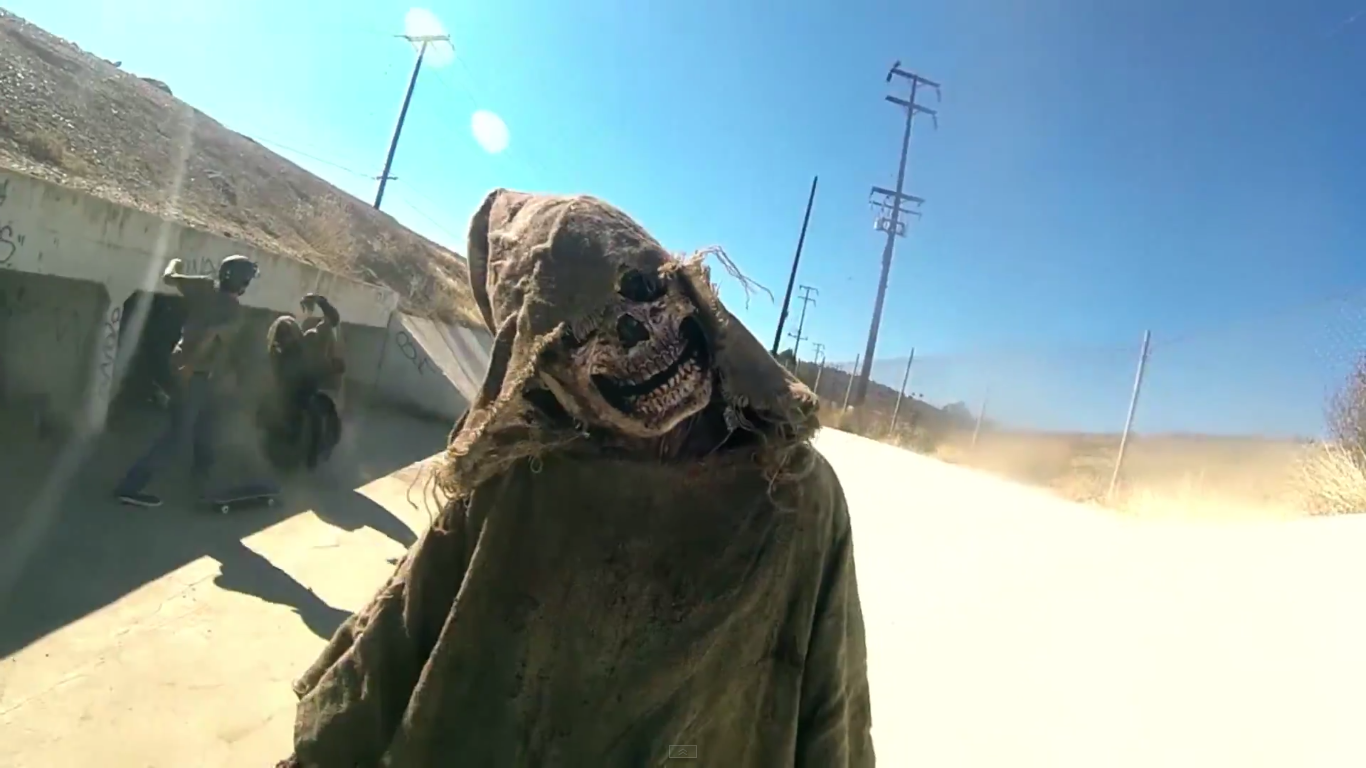 Easily the worst entry of the series is the third. It goes for a different style and framing approach from the first two films, which would be a fresh welcome if handled intelligently. The overlapping theme about fame seeking comes across as muddled while the framing narrative involving an ice cream truck is incoherent. The short “Parallel Monsters” is mostly clever as a man swaps universes with another version of himself, but “Dante the Great” and “Bonestorm” are annoying and heavy on cheap effects. This entry is a big letdown overall. Grade: D+ 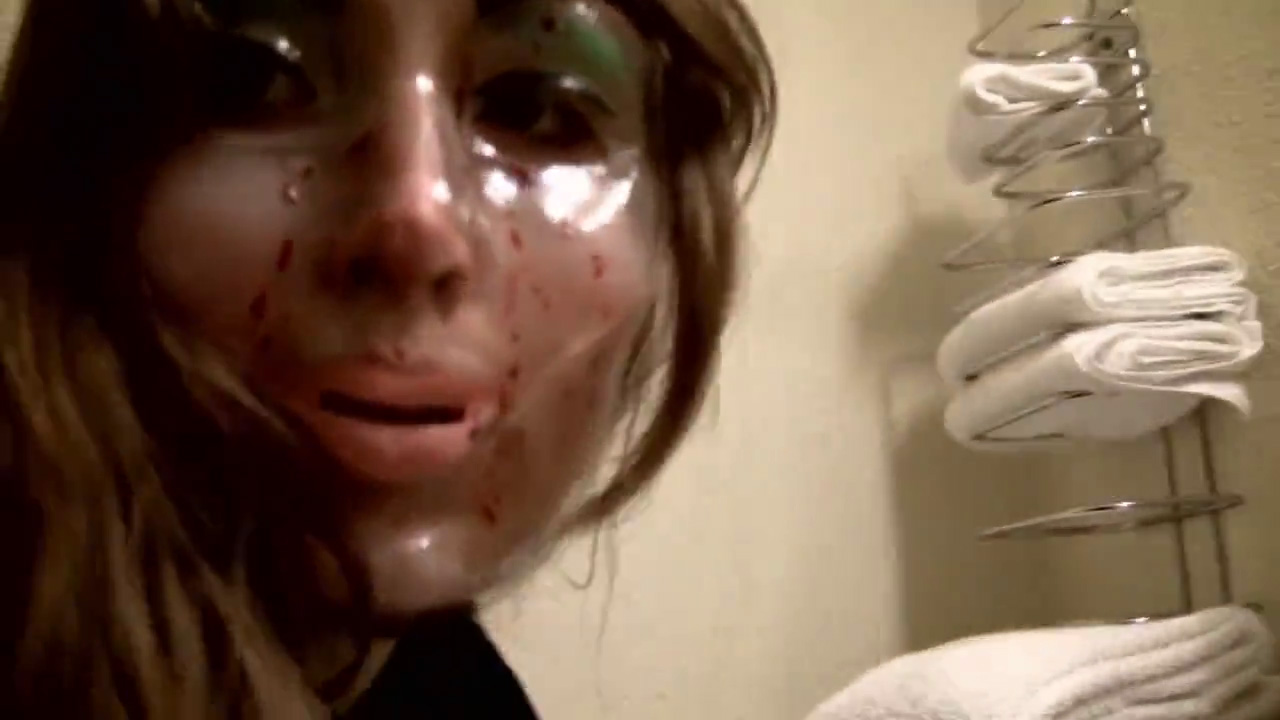 Coming above V/H/S: Viral by a mile is the original. The overlong film is scattershot and misogynistic at times, but it’s also creepy and shows franchise potential right away. All of the bits range from decent to solid except for “Amateur Night,” which is excellent. Hannah Fierman is memorable in this short as the shy Lily, who teaches some partying guys a lesson. The film also ends on a strong note with “10/31/98,” delivering an energetic cast and cool effects. This first entry isn’t a great anthology, but it is an entertaining and influential one. Grade: B- 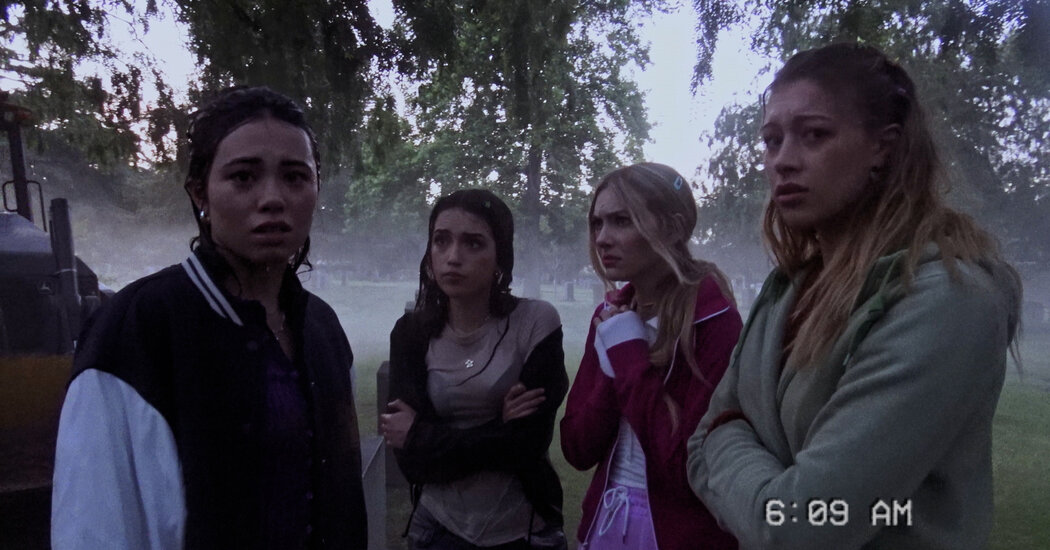 V/H/S/99 ditched the wraparound segment and instead features five shorts only connected by stop motion bits between them (these have to do with one of the shorts); each segment also name drops a different supernatural being. This was a smart idea as the wraparounds have never been that interesting and it helps with the pacing here. Two of the shorts, “Shredding” and “The Gawkers,” are tedious as we just spend a bunch of time with annoying teens before a small burst of horror arrives at the end of them. “Suicide Bid” and “Ozzy’s Dungeon” are fun though, with the former playing on claustrophobia as a woman is buried alive and the latter giving a darkly funny take on ’90s Nickelodeon game shows. The best short comes last with “To Hell and Back.” It’s a wicked blast as two friends try to escape Hell after accidentally being sent there, highlighted by tortured soul character Mabel (Melanie Stone). Grade: B- 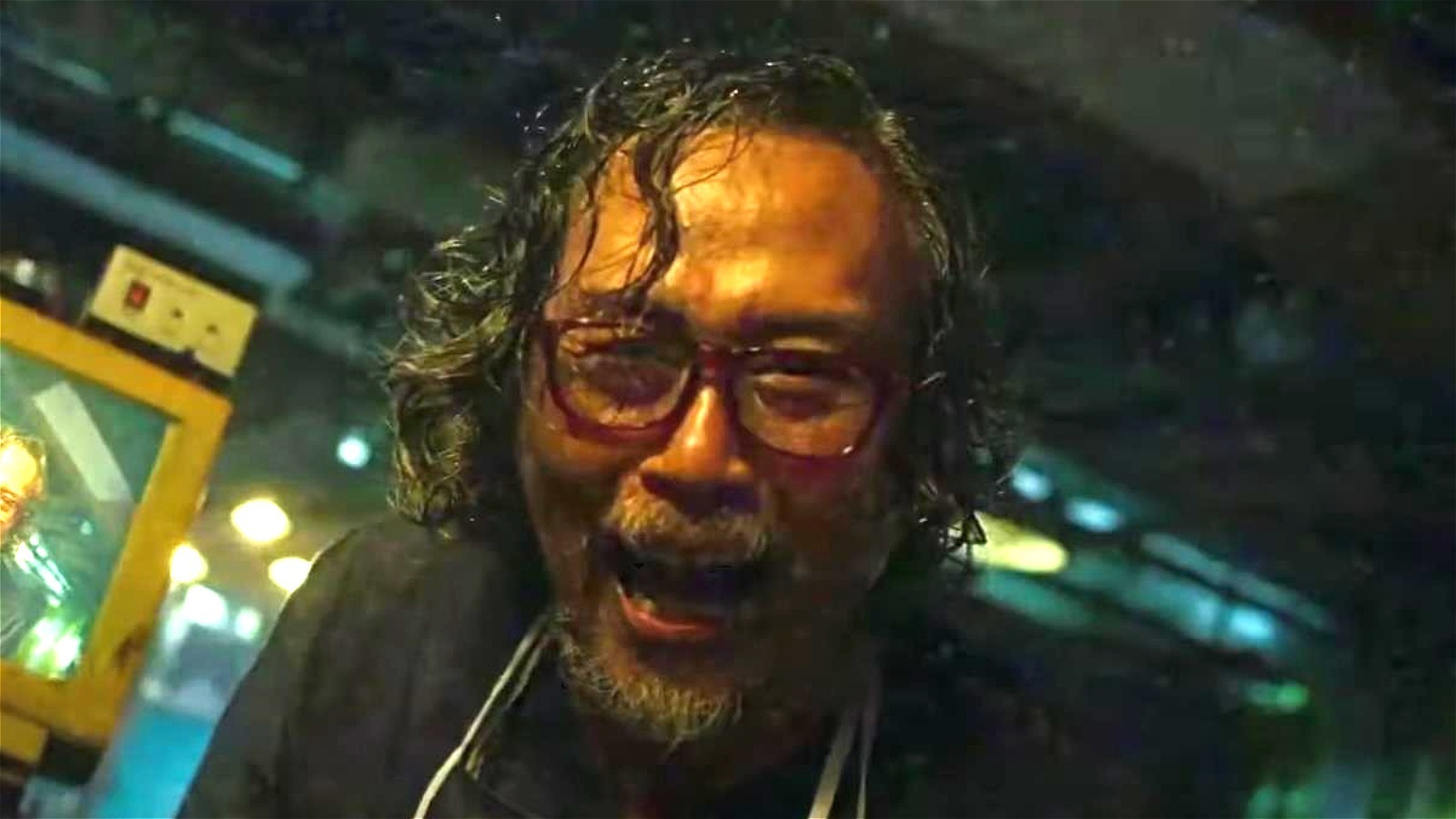 V/H/S/94 showed the series still had some life in it after it seemingly ended following the terrible third entry, Viral. This one feels less messy and sex-obsessed than the ones before it and it features a dark goofiness throughout that is welcome. “The Empty Wake” is the only short that is particularly scary, with a woman watching over a coffin that makes knocking noises. The other bits are wild and enjoyable despite not striking fear though. “The Subject,” about a mad scientist blending humans with machines, is especially crazy and memorable. Grade: B- 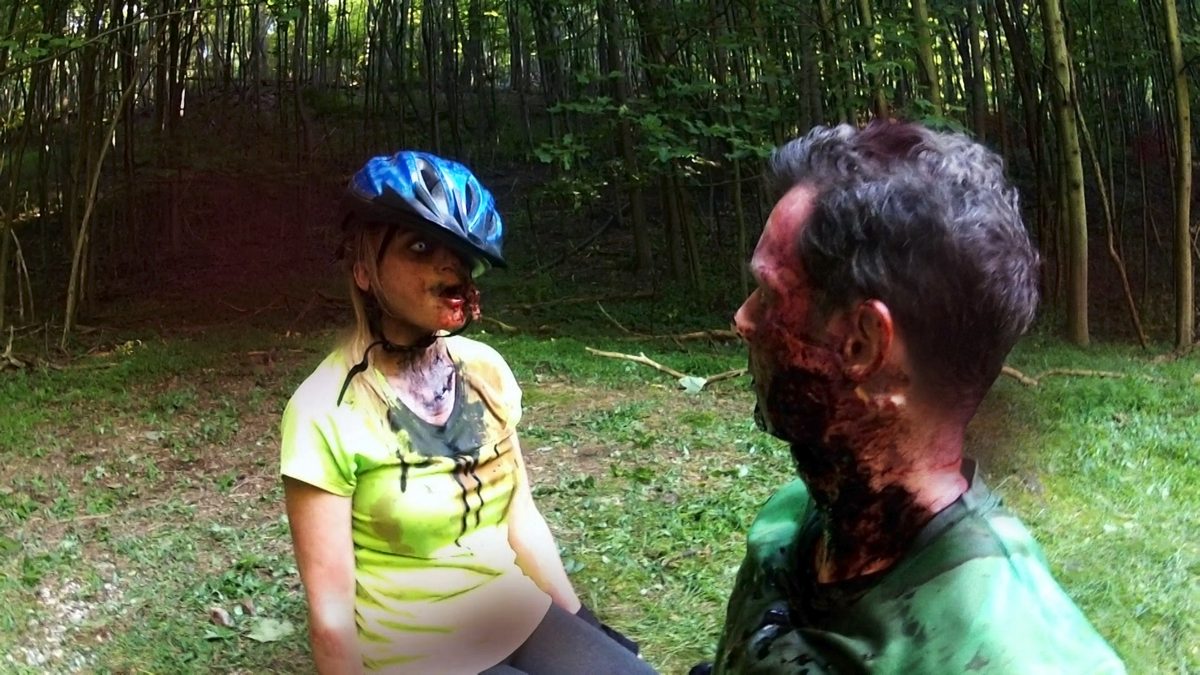 The best of the bunch is the second installment, V/H/S/2. It’s a well-paced collection of shorts at 92 minutes, with a good-enough wraparound story involving a private investigator, two solid segments, and two unforgettable segments. “Phase I Clinical Trials” and “Slumber Party Alien Abduction” have their inspired moments, but it’s “A Ride in the Park” and especially “Safe Haven” that present the series at its most inventive. Both are rollercoaster rides of bloody mayhem, one involving a zombie with a bike helmet POV and the other involving a cult and a documentary crew. Those two provide a great balance of scares and dark humor. Grade: B 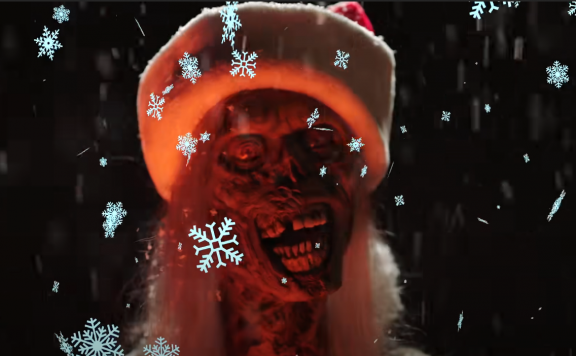 Daniel Rester ranks all of the 'V/H/S' horror anthology films from worst to best, including the recent 'V/H/S/99.'
0
Average User Rating
0 votes
Please sign in to rate.
Genre:Horror