Director Ben Wheatley teamed up with Netflix to bring this new adaptation of Daphne Du Maurier’s Rebecca to life. I recently had the opportunity to chat with Ben over Zoom about the book and how his adaptation was more specific to the book than the Alfred Hitchcock film from 1940.

Scott Menzel: Hi Ben, how are you?

Scott Menzel: Yeah. A lot of that stuff is Tim Burton collectibles from the early nineties. And then there’s some random stuff from the eighties and nineties thrown in there as well.

Scott Menzel: So thank you so much for taking the time to do the interview with me today. One of the questions I’ve been asking everyone is which did you discover first: the Alfred Hitchcock film or the book?

Scott Menzel: And can you talk a little bit about the changes that you made to the book when adapting it, I know you weren’t the screenwriter but while you were working on it.

Ben Wheatley: Yeah. I mean, the things that Jane Goldman had done to the changing the book, I think the main thing, well, apart from the fact that she had the whole other book in it, and that there are bits of the book that were missing from the first adaptation, which changed the whole thing effectively. So that was all in there. But I think what she did, which was really interesting, is she looked across the book in terms of the agency and strength of the second, Mrs. de Winter, and how that would work. And I think that in the book, there is an issue where, which works perfectly fine in the book, but is quite hard for a film where the end of the book is like, they kind of, they all go on this journey to a doctor’s office and everybody goes, and it’s for Val and Max de Winter and the second Mrs. de Winter and the doctor kind of tells them the truth about Rebecca. And then they kind of come out and go “Oh, I didn’t know that.” And then they just shuffle off and see you later. And then they drive back to Mandalay and Mandalay’s on fire, but they never get to Mandalay.

So and that’s great in the book, but it doesn’t, it’s a harder sell for the film because it feels like after all that drama, it just kind of duck tales out. So what Jane had done has she introduced this idea of how the trial worked and how the second Mrs. de Winter then goes to London to find the evidence and then comes back again. And that kind of driving across England and driving back again and all that kind of drama. And I think that was really good and really exciting and exciting read on the page. And I think it was a good addition to it. And also we were worried that there is a concern about how the modern audience, what the conversation would be with the screen in terms of like going how the second Mrs. de Winter if she’s too weak, or if she’s just not active enough. And I think that she can, that Jane sorted out a lot of those issues. 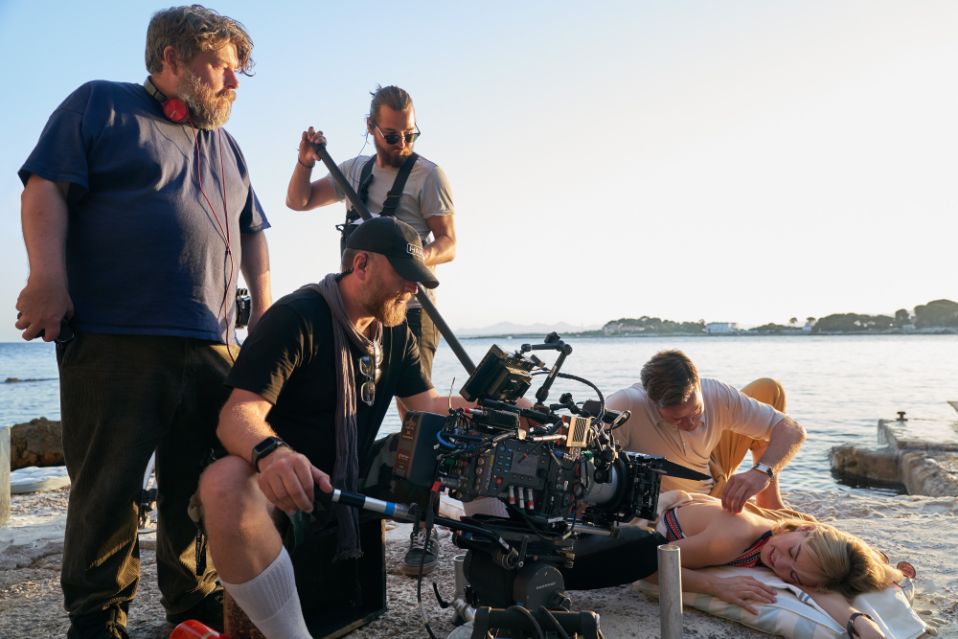 Scott Menzel: Yeah. I want to also say that I love the addition at the beginning of the film where you actually give the second Mrs. de Winter more of a backstory too. I think that helped a lot to develop the character. Something that the original film is actually missing.

Ben Wheatley: Yeah. I mean, I think that was all from the book, to be honest. But it’s like, yeah, what I really like as well as when you read the book, the book isn’t just a memory, it’s a memory of a dream. It’s not even … None of it’s really real. And I think that was really interesting that there are so many layers of kind of reality to kind of pick through. So you’ve got Mrs. Danvers gaslighting the second Mrs. de Winter and kind of talking in her ear about Rebecca, but at the same time, it’s all the second Mrs. de Winter’s story anyway. She’s controlling what Danvers is saying. And then Maxim’s story about what happened to Rebecca, well no one knows but Maxim and that all could be nonsense as well. So you get all these kind of these ideas of what reality is and what truth is packed into it.

Scott Menzel: Yeah. You did a terrific job with it. I was not going to ask this question, but I have to ask it now. So I spoke to Kristin Scott Thomas, and she told me that she had to track you down to get the role of Mrs. Danvers. So can you tell me a little bit about that story?

Ben Wheatley: Well, I don’t think that’s what happened. This is the layers of reality. I’m not sure. It’s the fog of war. I thought we had to desperately beg her to do it if I remember rightly. I remember having a meeting with her and kind of going, “Oh, will you do it, Kristin?” She’s like, “Oh yes, let’s do it.” You know, but it was quite nervy. I don’t remember … But then maybe I didn’t see what was going on in the background. It wasn’t often that there are all sorts of kind of machinations in production land, which I don’t necessarily see.

Scott Menzel: Yeah. It was probably in that middle ground. Someone who worked between the two of you and got to hear all about this stuff.

Scott Menzel: I just thought that was funny. Well, congratulations on the film. And honestly, I think it’s terrific. I really do. I think it’s just as good as the one that won Best Picture so maybe we’ll get some awards for this one.

Ben Wheatley: Well, you get the badge for the best interview of the day for that.

Scott Menzel: No, trust me. You have more legendary people you’re talking to than me in this whole … But I appreciate it. Thank you so very much.

Scott Menzel: Have a good one Ben.