Rebecca, based on the classic 1938 novel by Daphne du Maurier, is about a woman whose personality was so larger-than-life and overwhelming that it lingered in the very stones of her former home long after she died. Manderley, the palatial estate haunted by Rebecca, is such an iconic residence that when our heroine says, “Last night I dreamt I went to Manderley again,” it means something. So it’s a shame that in adapting a piece of work with such ominous power, Ben Wheatley could strip it of all its psychological intensity and create a version of Rebecca so puzzlingly flat.

A lady’s companion (Lily James) is accompanying her demanding boss on a vacation to the French Riviera when she meets the mysterious, handsome Maxim de Winter (Armie Hammer), a widower recovering from his beloved wife’s shocking death. The two quickly fall in love and, after learning that her employer has plans to move the two of them to New York, he proposes, ending their fairy tale holiday romance with a private marriage. They’re happy, blissfully so, and she proudly steps into the role of Mrs. de Winter.

But then they return to his grand, imposing estate of Manderley, and a darker reality sets in. It’s clear that no one has moved on from the former Mrs. de Winter’s death, least of all the housekeeper Mrs. Danvers (Kristin Scott Thomas), who appears obsessed with her dearly departed mistress. The second Mrs. de Winter walks through the house as though in the perpetual shadow of her predecessor, incapable of doing anything without being compared to the perfect Rebecca. The air is thick with the spirit of Manderley’s former lady of the house, and it is suffocating. 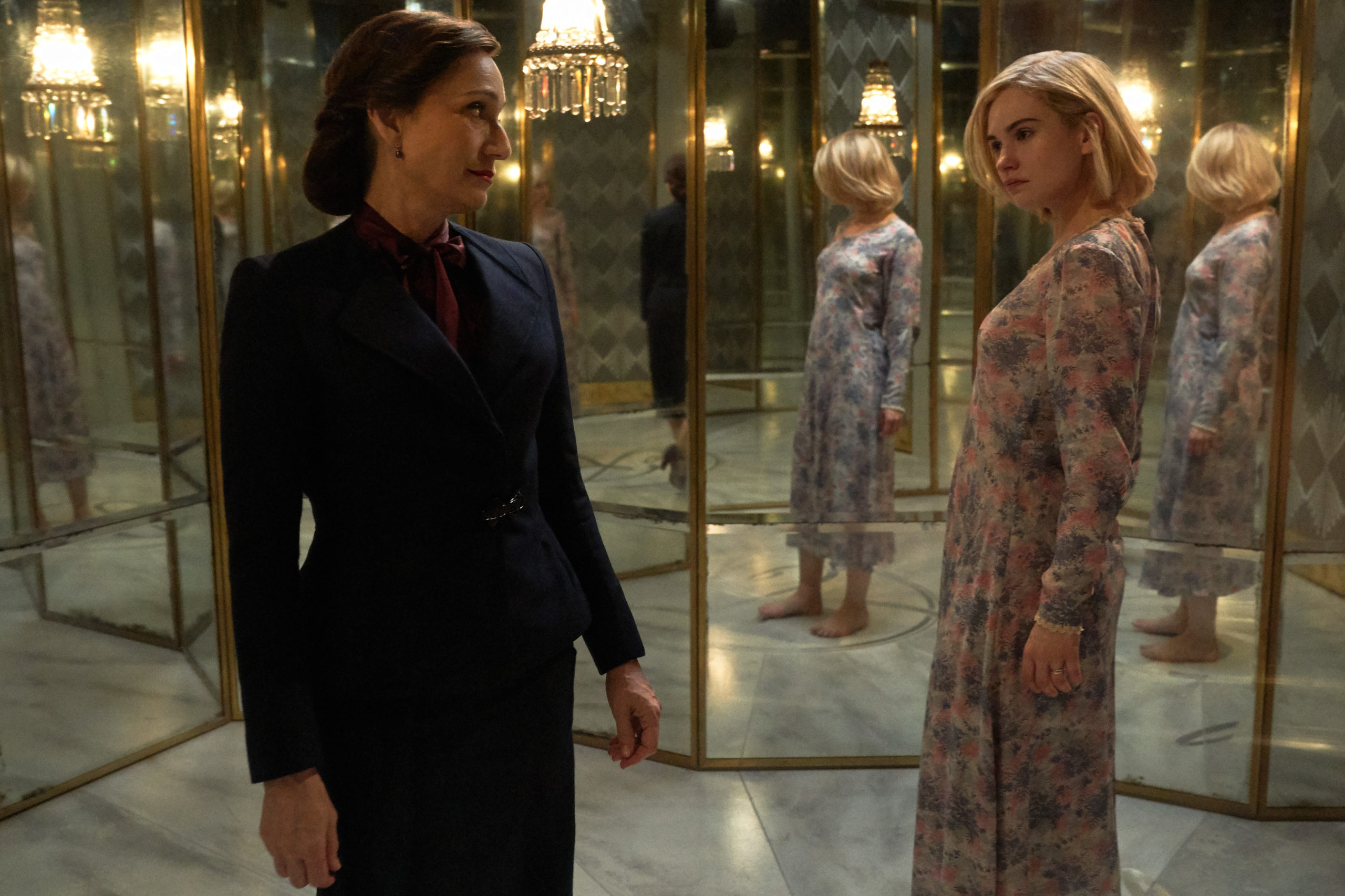 What’s frustrating about Rebecca is that there’s really no excuse for it not to be good. The story is a classic, full of sinister conspiracies, obsession, and madness, all angles, and dark shadows. Armie Hammer and Lily James should theoretically have no problem evoking a rich sort of sensuality, as their carefree flirtations on the Riviera are slowly replaced by anxiety, anger, and suspicion. And yet there’s little romantic or sexy about their interactions with one another. The entire proceedings have a maddening lack of depth that boils each character down to its simplest parts and gives its actors little room to coax any sense of nuance out.

Lily James is completely overwhelmed by the inherent blandness of her character and doesn’t have quite enough of a screen presence to make much of it with such unimaginative filmmaking. This is, to be fair, a baked-in element of the role: the story is named for the former Mrs. de Winter, not her, and she doesn’t even get the dignity of a given name. But still, James is unable to bring any life to the character. Armie Hammer comes across as curiously one-note, and even Kristin Scott Thomas, legendary character actor that she is, struggles to build out a fully three-dimensional Mrs. Danvers. When characters change, they do so swiftly and without notice, clumsily taking our heroine from sunny, naive girl to self-possessed, confident woman with nary a moment to show her character development.

The costumes are gorgeous; the set design impeccable. But it almost feels like a Disneyland version of a hauntingly gothic manor. There’s sterility that takes away from Manderley’s ancient bones. It looks like a beautiful estate, to be sure, but not necessarily a tragically morose one. Perhaps it’s not quite fair to pit adaptations of a classic novel against one another, but there’s something about the way Manderley is filmed in the 1940 version of Rebecca that makes it feel almost as though it was stuck in time, enveloped in shadows and fog, that is lacking in this brighter, more modern version. 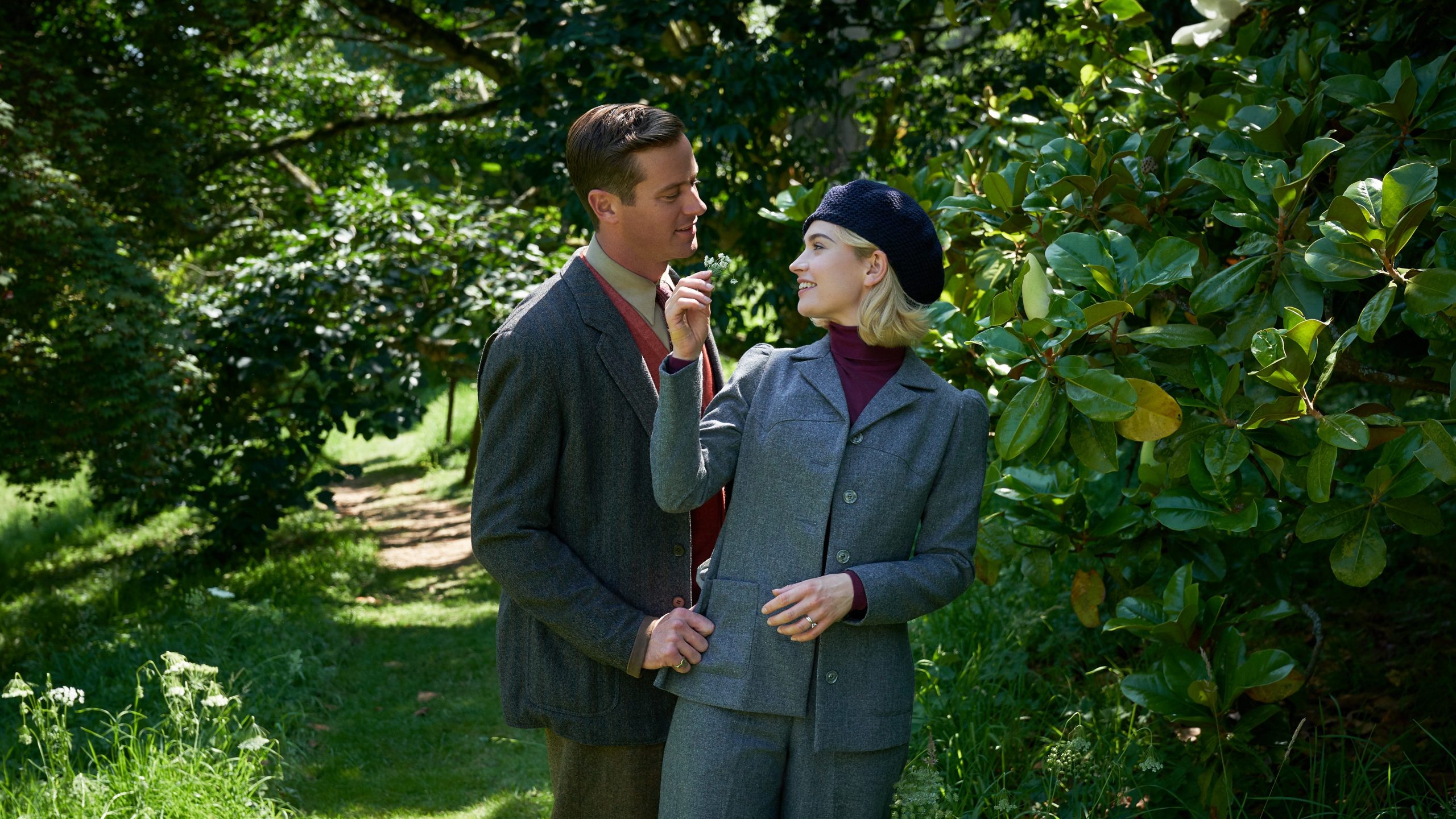 This is making it all sound a lot worse than it is. Rebecca begins pleasantly enough, and there is a certain charm of the scenes in the French Riviera with the promise of a burgeoning romance (even if their relationship, from the very beginning, comes across as more foreboding than anything else). There are some strong moments once the de Winters arrives at Manderley, and the second Mrs. de Winter is desperately struggling to prove herself worthy of the name. The ball sequence is extremely well-executed, with her costume reveal and its unintended meaning delivering a powerful gut punch. But there’s little to recommend its third act, as things devolve into pure melodrama, an unfortunate combination of soap opera and muddled courtroom drama. This Rebecca elicits disappointment more than dislike: it could have been so much better.