The year is 1665, and the setting is rural England. Grace (Charlotte Kirk, Ocean’s 8) is a newly-minted widow and mother contending with the bubonic plague, biased witch hunts, and complete destitution. If that wasn’t bad enough, her home is burnt to the ground, then she is imprisoned and tortured mercilessly. But on the bright side, hair and makeup attendants are always at the ready, keeping Grace’s face fresh and her golden locks gleaming even in the worst depths of her despair.

The Reckoning kicks into high gear from the get-go as an idyllic backstory contrasts with the bleak present. Grace’s loving husband, Joseph (Joe Anderson, Cold Blood), once her protector and provider, is dead, leaving her and their newborn daughter vulnerable to the misogynistic mores and religious persecution of the era. She tries her best to hold things together so she can pay the rent, but the odds are stacked against her—no one has forgotten that Grace’s own mother was burnt at the stake, so surely, the rotten apple doesn’t fall far from the tree. Hapless Grace is accused of being the devil’s concubine, imprisoned, and tortured by Witchfinder Moorcroft (Sean Pertwee, Gotham) and his disfigured toady, Ursula (Suzanne Magowan, Armchair Detectives). But through it all, Grace refuses to break.

Intercut with Grace’s awful reality are endless, ultimately pointless nightmare sequences and hallucinations. The Devil (Ian Whyte, Game of Thrones) is a prominent figure in Grace’s mind, but The Reckoning never turns into the supernational horror revenge-thriller one hopes for. Instead, director and co-writer Neil Marshall (Game of Thrones) chooses to go with a standard-issue story that does nothing to separate itself from so many others of its ilk. It’s a shame because Marshall has made some kickass horror films in the past, including one of my favorites, 2005’s The Descent. 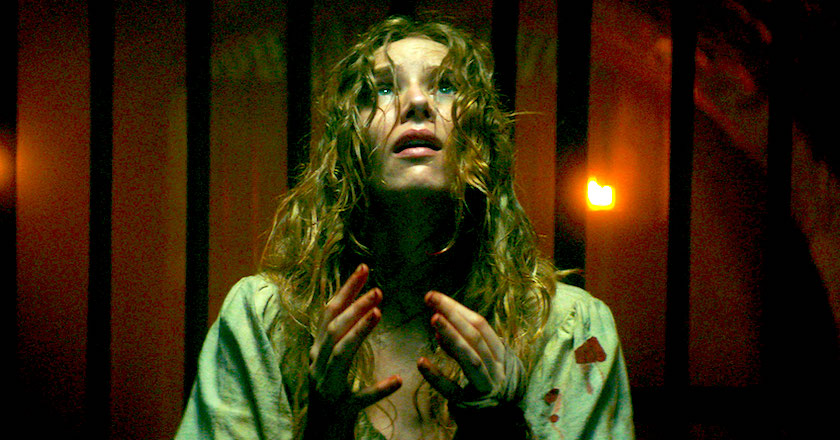 Kirk, who is Marshall’s leading lady both on set and behind the scenes, cowrote The Reckoning but didn’t create a very compelling character for herself. While the basis for sympathy is there—an unjustly accused woman suffering from heartbreak—the actor seems unwilling to dive deep into the ugliness of Grace’s situation. As I mentioned, her makeup (eyeshadow, black liner, and lipstick) is not only unrealistic for the era and her station in life, but it never smears even after multiple beatings and being thrown into filthy, rat-infested jail cells. But more than that, her unflappable demeanor comes off as vacant rather than stoic.

While Moorcroft and Ursula’s villainy is obvious, there isn’t much tension dread between bouts of brutality. You don’t get an eerie, unsettling feeling from the plot’s folk-horror aspect, which should have been more along the lines of Black Sunday, The Wicker Man, and Midsommar to raise goosebumps. The townspeople are onlookers, rather than active or even unwilling enablers. Their costumes are scary, though (particularly when donning the period-correct “Plague Doctor” birdlike masks). 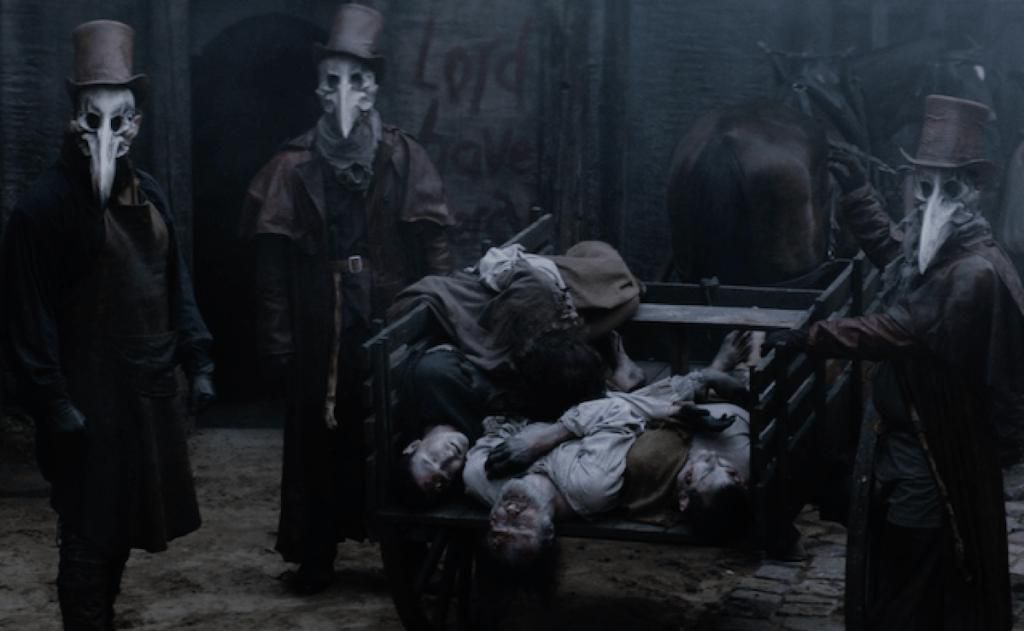 Fortunately, the production looks and feels immense and fully dark. The impressive locations and sets are accented perfectly by lush cinematography and a stirring score. The practical gore effects and squirm-inducing, and The Devil is fittingly 17th century traditional with horns and hooves.

Overall, The Reckoning misses the mark. It’s not supernatural or suspenseful, so it isn’t exactly a horror movie. It shies away from diving deep into the mindset and motivation of the religious persecution of women, so it’s really not a #MeToo flashback. At best, it’s an overly long revenge-thriller that does indeed pay off in the end. 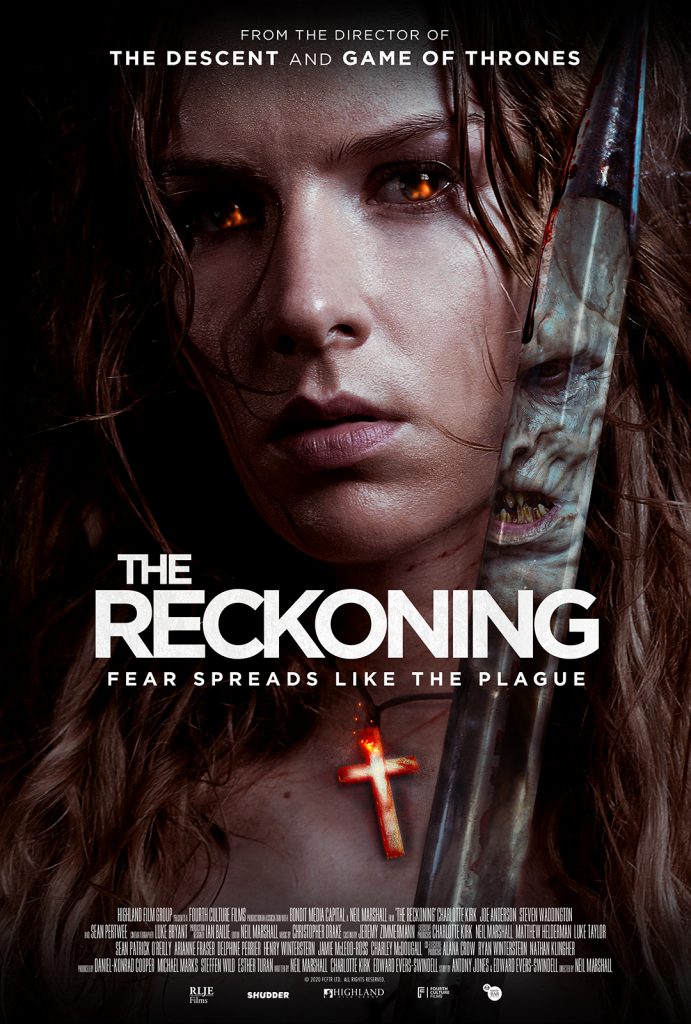 ‘The Reckoning’ Review: This Witchy Woman Casts a Spell of Doubt

After losing her husband during the Great Plague, Grace Haverstock is unjustly accused of being a witch and placed in the custody of England's most ruthless witch-hunter, Judge Moorcroft. Forced to endure physical and emotional torture while steadfastly maintaining her innocence, Grace faces her own inner demons as the devil himself starts to work his way into her mind.
0
Average User Rating
0 votes
Please sign in to rate.
Film:The Reckoning
Cast:Charlotte Kirk, Joe Anderson, Sean Pertwee
Director(s):Neil Marshall
Writer(s):Charlotte Kirk, Edward Evers-Swindell, Neil Marshall
Genre:Historical, Thriller
Studio(s):RLJE Films
Network:Shudder
MPAA Rating:N/R 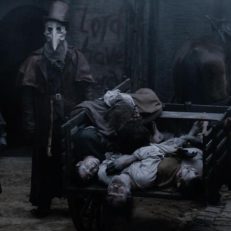 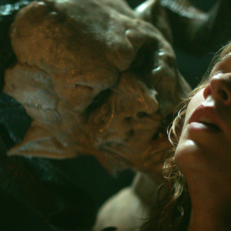 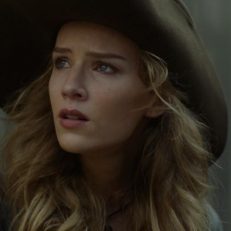 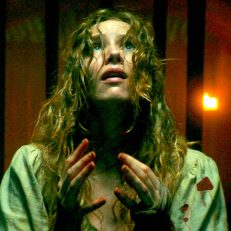 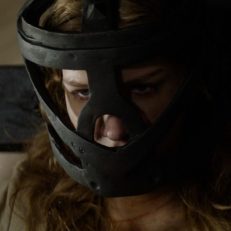 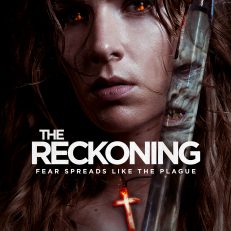