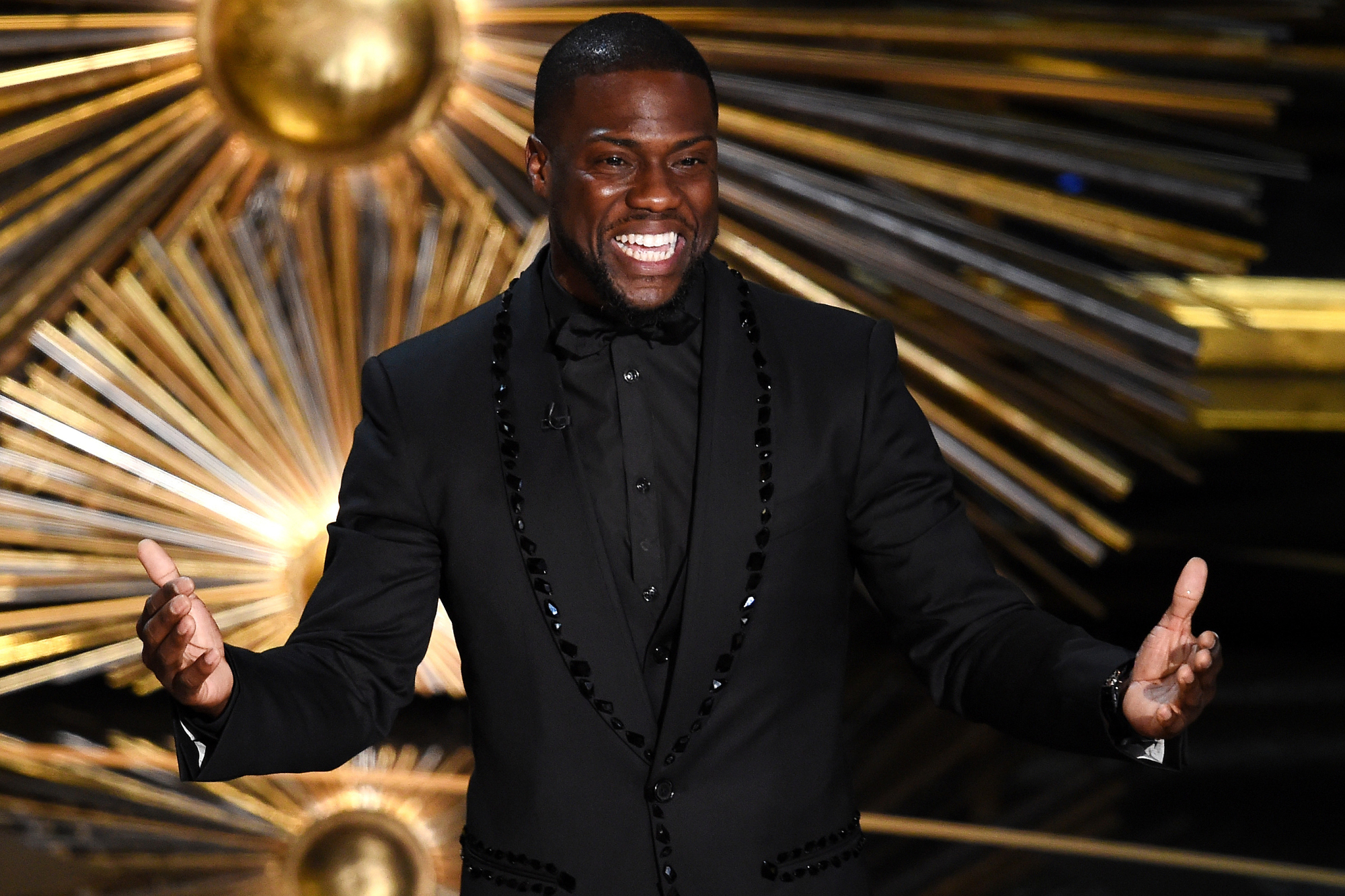 Who Should Replace Kevin Hart as Oscar Host? Here are Five Suggestions.

Kevin Hart decided not to host the Academy Awards this year after all. Clinging to hateful, homophobic comments, Hart refused to apologize for joking that he would hate his son if he were gay. The Academy gave Hart an opportunity to apologize. If he had, he would have been allowed to remain the host. Luckily, Hart is sticking to his guns, stepping down as host, and now, we’re all able to dream about who will get the least wanted job in Hollywood.

The Oscars are supposed to be a production. Giant dresses, big stage numbers, and soapbox acceptance speeches create an atmosphere of pomp and circumstance that’s been around for nearly a hundred years. It’s an opportunity for Hollywood to laugh at itself and educate the globe on the importance of cinema as an art. Lately, they’ve missed the mark on creating an elegant affair.

With steep ratings drop each year, the academy has become desperate to find the secret formula to bring viewers back. They tried to go hip and young by selecting James Franco and Anne Hathaway in 2011. In 2013 they went edgy with Seth MacFarlane. He did tell the world about Harvey Weinstein, but he fell short of a grand presentation. Since then, Neil Patrick Harris performed in his underwear, Chris Rock was shuffled out to prove #OscarsSoWhite was a thing of the past, Ellen Degeneres bought everyone pizza, and Jimmy Kimmel showed up to host. It’s been a challenging time to be a fan of the Oscars.

So, who should host the Oscars in 2019? A duo would be preferable. Zippy comebacks, the ability to host from two different locations, and a solid opening duet sets the tone for the entire evening and keep things moving. The Oscars has already said they want to keep the time limit tight. The four-hour-long production slimmed to a trim 3 hours. A simple and more elegant affair could be just what the doctor ordered. It would be a return to the radio era of the ceremony. Light quips and curt speeches would certainly be a twist for long-time watchers. Who could handle such delicate and speedy material? Which team could keep the audience in stitches, highlight the year’s news, and make the winners feel gracious as they’re being played off stage?

Elaborate weddings have dominated the news forever. But since the wedding of Kate Middleton things have kicked into high gear. Meghan Markle, Serena Williams, Priyanka Chopra, and Chiara Ferragni have ramped up the love bug. Everyone in Hollywood feels it. Why not have one of Hollywood’s longest surviving couple take the reins of the Oscars? Jada Pinkett-Smith has gone viral multiple times this year with her Facebook show Red Table Talk. The show often features Pinkett-Smith’s daughter Willow and mother Adrienne Banfield-Jones. The hard-lined conversations they engage blend with light-hearted comedy served with a healthy dose of side-eye.

Will Smith is good clean fun. The rapper who doesn’t swear has been a mainstay in households for nearly thirty years. His effortless charm and action movie hero persona play well anywhere he goes. Together, with appearances from Jaden and Willow Smith, the Oscars could be a musical family affair. A few light sketches calling out other Hollywood families could make for a pleasant evening.

Crazy Rich Asians took the world by storm. The highest grossing romantic comedy in over a decade proved the genre was back. A big part of that success was Wu’s undeniable talent. Her mix of comedy and soul-stirring monologues pierced the hearts of many viewers. It’s the same energy she brings to Fresh off the Boat, where Ali Wong writes incredibly sharp, fast-paced, dialogue.

Wong has been killing the stand-up special. Her Netflix shows Baby Cobra and Hard Knock Wife were a one-two punch for audiences. On a level with Chris Rock, Wong approaches comedy with a foul-mouthed, relatable family material, and outrageous proclamations. Together these women have the range and writing skills to make an unforgettable show.  They may be lacking in the musicality department. I have never heard either of them singing. Though karaoke at the Oscars could be a hilarious bit. Imagine if Pierce Brosnan and the cast of Mama Mia 2 do a head to head battle with the cast of Crazy Rich Asians.

Before the 2018 Oscars, I was shocked when Tiffany Haddish announced the nominees instead of hosting the awards show. Coming off a global introduction via Girls Trip, Haddish would have been a laugh riot and a definitive step in a new direction. When Haddish made her Oscar debut, stepping on to the stage with SNL alum Maya Rudolph, the 2018 Oscars finally became worth watching.

Shoes off, the pair sauntered onto the stage complaining about the length of time they were expected to wear their shoes. Swiftly they moved from sore feet into the Oscars so White controversy. They explained to the audience that even though they were on stage, there were many more white people to come. The two minutes they were on stage was enough to convince me they’d make fabulous hosts. Their combined history with sketch comedy, stand-up, and writing make them ideal partners for such a huge event. Rudolph can handle song while Haddish manages the dance.

Listen, doing global press for a Disney movie is no picnic. Lin-Manuel Miranda and Emily Blunt are probably ready for a nice long nap and some time with their families. But who could be better to host a quaint and quick Oscars than Mary Poppins and Alexander Hamilton? A tribute to unsung founders of Hollywood rapped over an orchestra would be a great way for the Oscars to own up to past overlooks.

Blunt shared her feelings on the Times Up movement earlier this year. Zero best director nominations will go to women if early polls are correct.  This information causes a rather distressing thought considering the copious amounts of great films directed by women in 2018. The Golden Globes snubbed Lynne Ramsay for her work on You Were Never Really Here. A proclamation on the absence of women sung to the tune of Spoonful of Sugar would be most delightful.

Together, this dup could cast a magical paul over the evening. They’d manage to keep things light, even when delving into difficult topics. Together, they bring a touch of diversity, experience producing, directing, and writing for stage and screen, and the musical range to make the show an unforgettable Oscars

The most obvious choice is Keegan Michael Key and Jordan Peele. With the power of stand-up and sketch comedy, this duo has mastered pacing. Both men have proven themselves, competent directors and writers, as well. A lot of people think hosting is just telling jokes, but it’s important to establish theme and pace early. Much beloved, the crowd would be on their side. Many who don’t watch the Oscar would tune in to see them back in action. There’s also room for good promotion. The comedy duo recently revealed they were teaming up to play carnival prizes, a stuffed duck and a teddy bear, in Disney’s Toy Story 4.

Their show Key and Peele on Comedy Central cemented Key and Peel as comedy legends.  Acts from that show could easily be incorporated into the Oscars. There’s a bit where they play football announcers and make ridiculous sounding names for each player. A spin on some of the strange Hollywood names would be fun. They also have a sketch where they play parking attendants who become increasingly excited over Liam Neeson movies, Batman movies, racist-ass Melly Gibbs, Anne Hathaway(s), Sandra Bullock(s), Robert Downey(s) Jr(s), Valley Kilmer(s), and Game of Thrones twists. Their love for film is infectious. That’s the exact kind of energy the Oscars need.

Who Should Replace Kevin Hart as Oscar Host? Here are Five Suggestions.

Who Should Replace Kevin Hart as Oscar Host? Here are Five Suggestions. Kevin Hart decided not to host the Academy Awards this year after all. Clinging to hateful, homophobic comments, Hart refused to apologize for joking that he would h...
0
Average User Rating
0 votes
Please sign in to rate.