James Brown was the Godfather of Soul.  He deserves a biography that truly told the man’s story, and the musician Get On Up only does half the work it needed to. The film stars Chadwick Boseman, Viola Davis, Lennie James, Dan Ackroyd, Octavia Spencer, and Nelsan Ellis.  The plot centers around the life and times of James Brown, starting specifically when his fame is at its peak and regressing all the way back to his childhood and upbringing by an abusive father but as a mother who is a lady of the night.

Eventually, we progress to James’s teenage years, where he got put in jail for stealing a blazer jacket from a locked car.  He meets his best friend in jail and beds his sister before joining the singing group his friend is a part of.  Of course, a record company spots Mr. Brown’s talent and makes him profitable enough where he becomes the leader of the group he was once just a part of.  The rest of the story thematically touches upon the cost of becoming so well-known and what someone might lose of themselves in the process.

I don’t usually have such a strong negative reaction to biopics.  In fact, I often love them for allowing me to learn information about someone who impacted the culture as a whole the way James Brown did. The problem with Get On Up is that everything you learn about Brown is told completely out of sequence. The timeframe you are in flickers faster than the click of a light switch. I found my entire watching experience completely disorienting because of that. 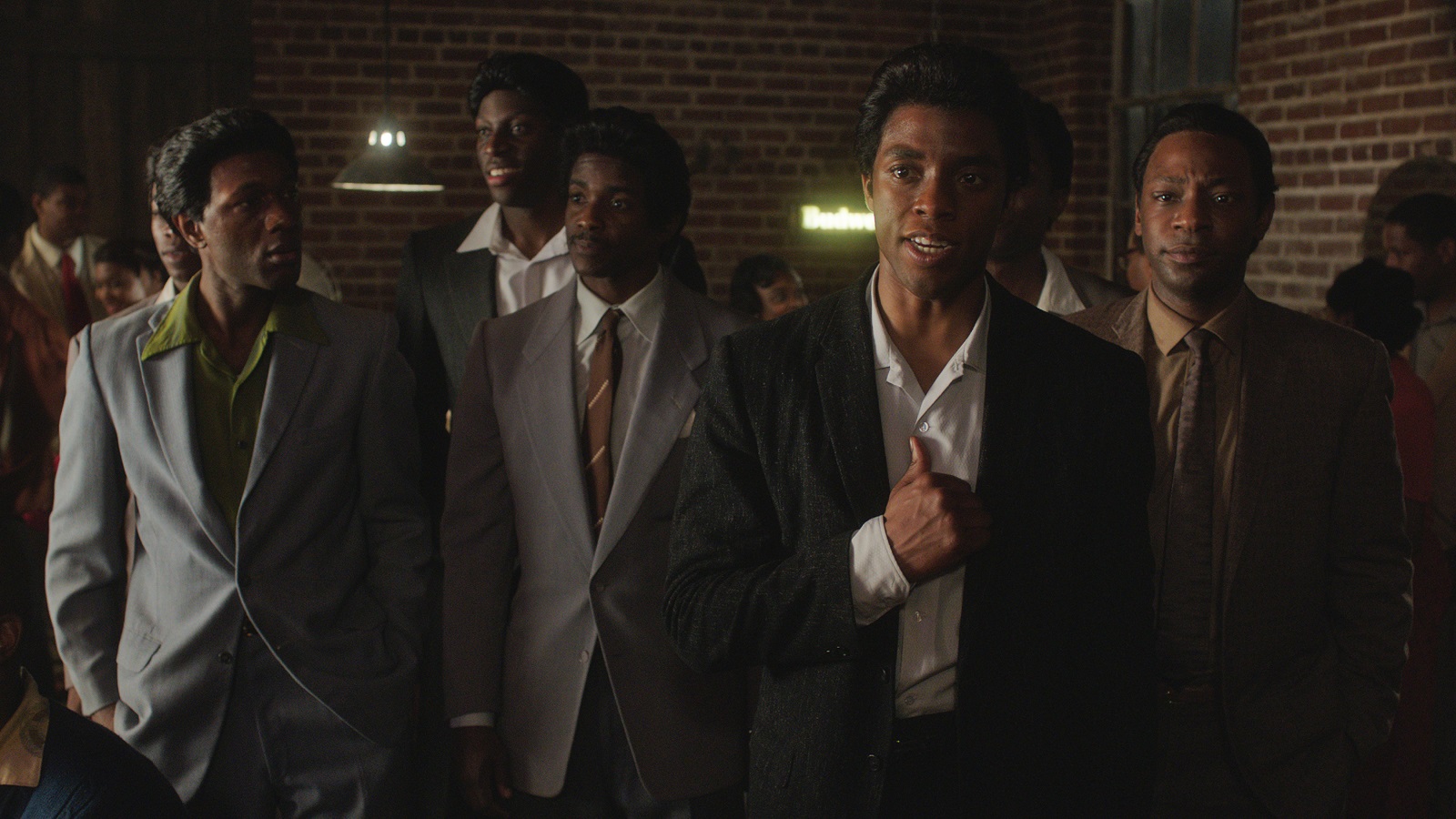 Aside from that offense in directing, the other critical thing that displaces the story overall is that at a few key moments in the film, something very specific character-wise happens in the life of James Brown, and while the audience is eager, the background of that moment explored it is either completely dismissed or not explained fully until it feels unimportant to the audience as a whole. This is not the way to craft a great story, especially one that immortalizes the Godfather of Soul on film.  Everyone involved in the project deserved better cohesiveness in terms of scripting by Jez and John-Henry Butterworth and Tate Taylor’s direction.

Criticisms aside, the film does provide audiences with some powerful performances. Chadwick Boseman is as electric as the Superbad singer. The fact that he had the ability to capture Brown’s tone and attitude made it impossible not to be in awe of his talent and acting range. Nelsan Ellis breaks so many hearts as Bobby Byrd. You can tell that his friendship with James Brown comes from a place before he knew the musician could even carry a tune through every moment of the film. He just wanted to give a young man a chance and see that chance materialize into an epic music career, and watch his friend be seduced by money and women is soul-crushing as the years go on.

This film is never about redemption. It’s about surviving the struggle to live in a world that doesn’t want you and doesn’t see you.  The writers of this film emphasize that, but the thing that makes this movie special is that that message still carries on today in different forms, and you can see it come alive in this movie depicting another era.

Get On Up could’ve been a spectacular showcase of the life and times of James Brown, but the uneven pacing of the film and its off-kilter narrative keep it from being the success that Brown continually represented.  If you want a good James Brown biography, his music is the best place to start. 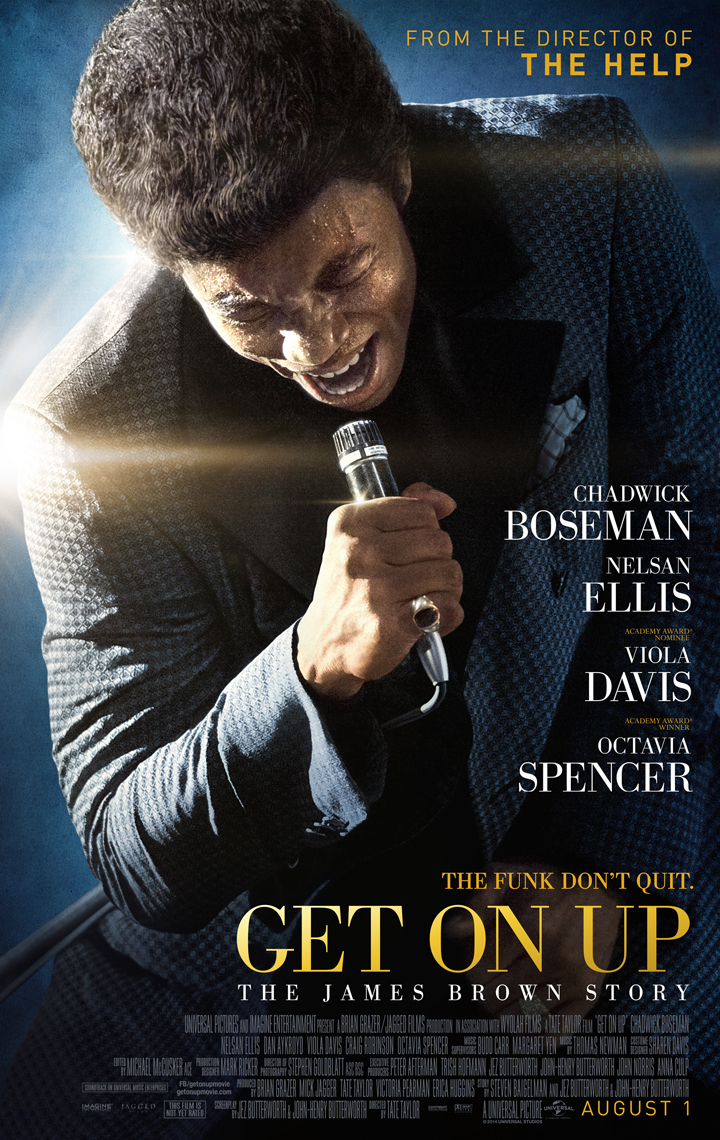