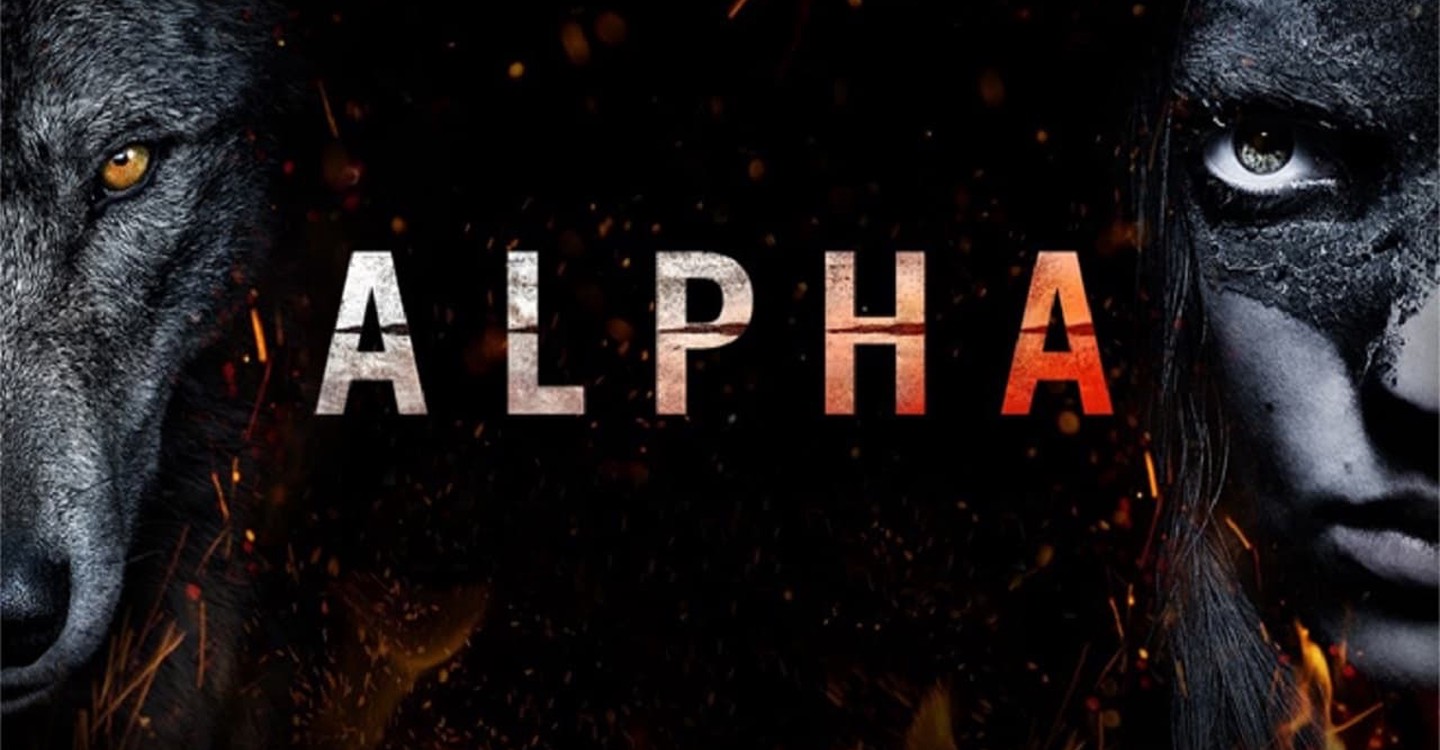 Review: Alpha  is an Inspiring Tale of Survival and Perseverance.

During the last ice age, Keda (Kodi Smit-McPhee) a seventeen-year-old boy helps his tribe gather food for the winter. As the tribe hunts for food, Keda ends up being attacked by a wild animal and is knocked off a cliff during a treacherous snow storm. Left for dead with no one around to help, Keda must find a way to overcome the odds and make his way back home. As Keda embarks on this journey of survival, he is forced to fend off a pack of hungry wolves. Keda ends up injuring the Alpha wolf who just like Keda has been abandoned by his pack and is left alone to die. Seeing this as an opportunity for survival, Keda befriends the wolf as they attempt to make their way back home.

I was given the opportunity to see Alpha at a very early press screening back in June. I went into Alpha not knowing what to expect because, in all honesty, the trailer did very little to interest me. I went to see the film reluctantly but ended up enjoying it immensely. Alpha is one of the biggest surprises of the summer movie season and something that I encourage audiences to take a chance and see. I feel like the marketing team at Sony had no idea how to market this film, and I can understand why because it is mostly an independent film but with a studio budget.

Alpha is a story of survival but one that feels fresh and original. Daniele Sebastian Wiedenhaupt’s screenplay is based off a story written by Albert Hughes who serves as the film’s director. Widedenhaupt’s script focuses on building and shaping the relationship between Keda and the alpha. They don’t become friends overnight but instead, slowly learn to trust and protect one another. The relationship between Keda and the alpha is not one that we have seen before in a film like this. There have been so many films about the ice age, but they don’t typically focus on the characters but rather the spectacle of what it was like to live during the ice age.  I loved seeing this story being told from this unique perspective as the whole thing felt very intimate even with the film’s remarkable visuals. 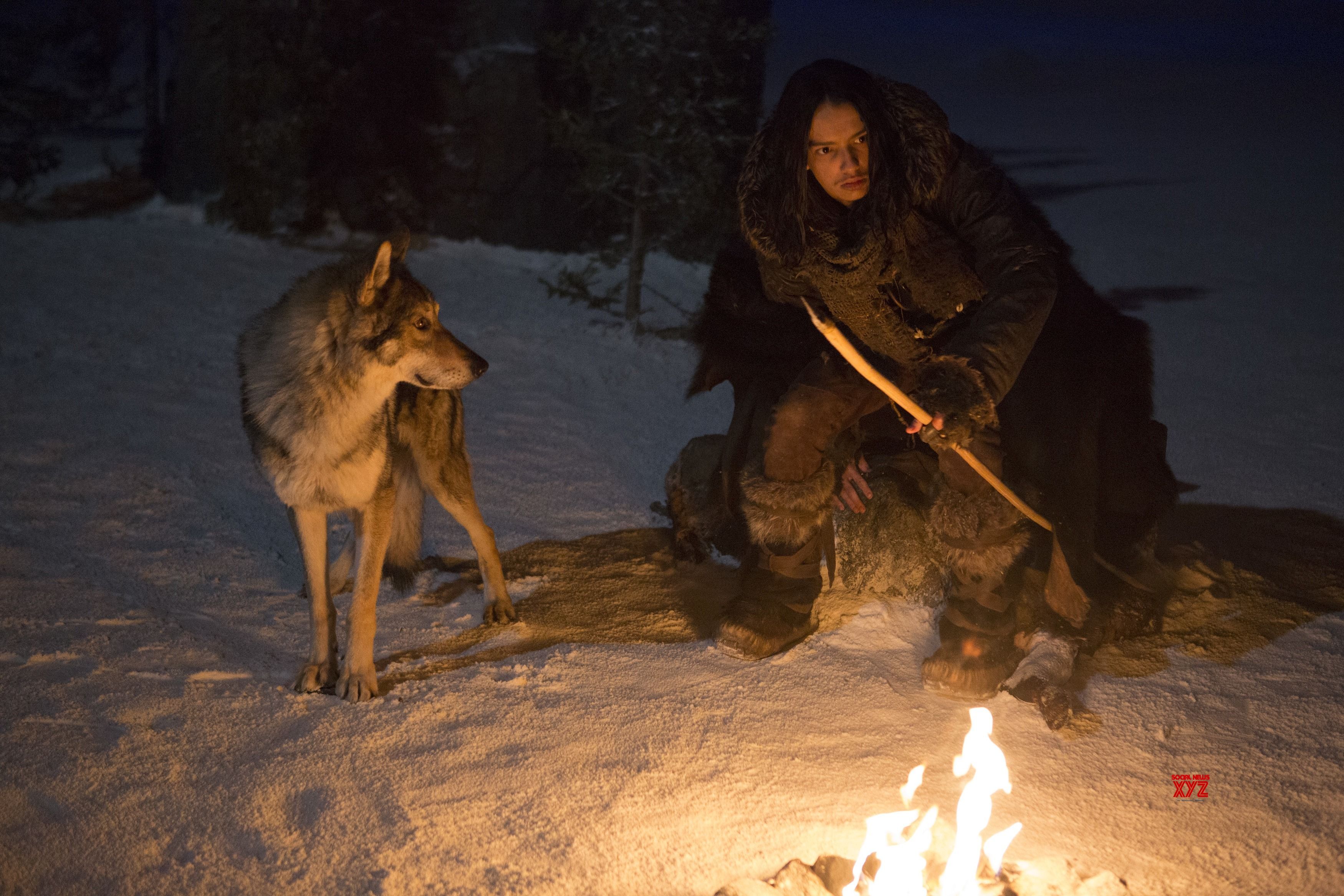 Another thing that you should know about Alpha going in is that it isn’t your typical feel-good family movie about a man and his best friend. Keda and the alpha go through difficult situations and sometimes the film can get a bit violent. I should also mention that the film is subtitled which added a whole another layer to the story. I found it so interesting that the filmmakers created an entire language just for the movie as a way for it to feel authentic to the period. I give Sony a lot of credit for taking a risk like that especially on a film that people typically see for the visuals.

Alpha marks the first film that Albert Hughes directs without his brother Allen by his side. That said, it is easily his most ambitious film to date. You can tell that this was a passion project for Hughes as each scene is meticulously planned out and shot. Hughes manages to focus on the relationship between Keda and the alpha while also creating a visual world for these characters to be a part of. Hughes’ film is chock full of beautiful imagery that is full of color. While it has been a very long time since I saw a movie that I would tell others to see in 3D, I do think the 3D in Alpha was superb. If you have the opportunity, I do highly recommend seeing this one in that format because I felt it added to my overall enjoyment of the film and the story being told.

Kodi Smit-McPhee has yet to become a household name but has proven through films such as Let Me In, Slow West, and The Congress that he is a talented young actor on the rise. His performance in Alpha is phenomenal and his best performance to date. Keep in mind that Smit-McPhee not only speaks a foreign language during the entire film but that his co-star is a wolf.  As a viewer, you connect with Keda and root for him. Keda becomes an unlikely alpha and I found myself so emotionally invested in his journey every step of the way. I don’t want to spoil anything, but there is a scene near the end that is so emotional and heartbreaking. I can see a lot of people breaking down and crying during this scene so have a tissue or two handy. 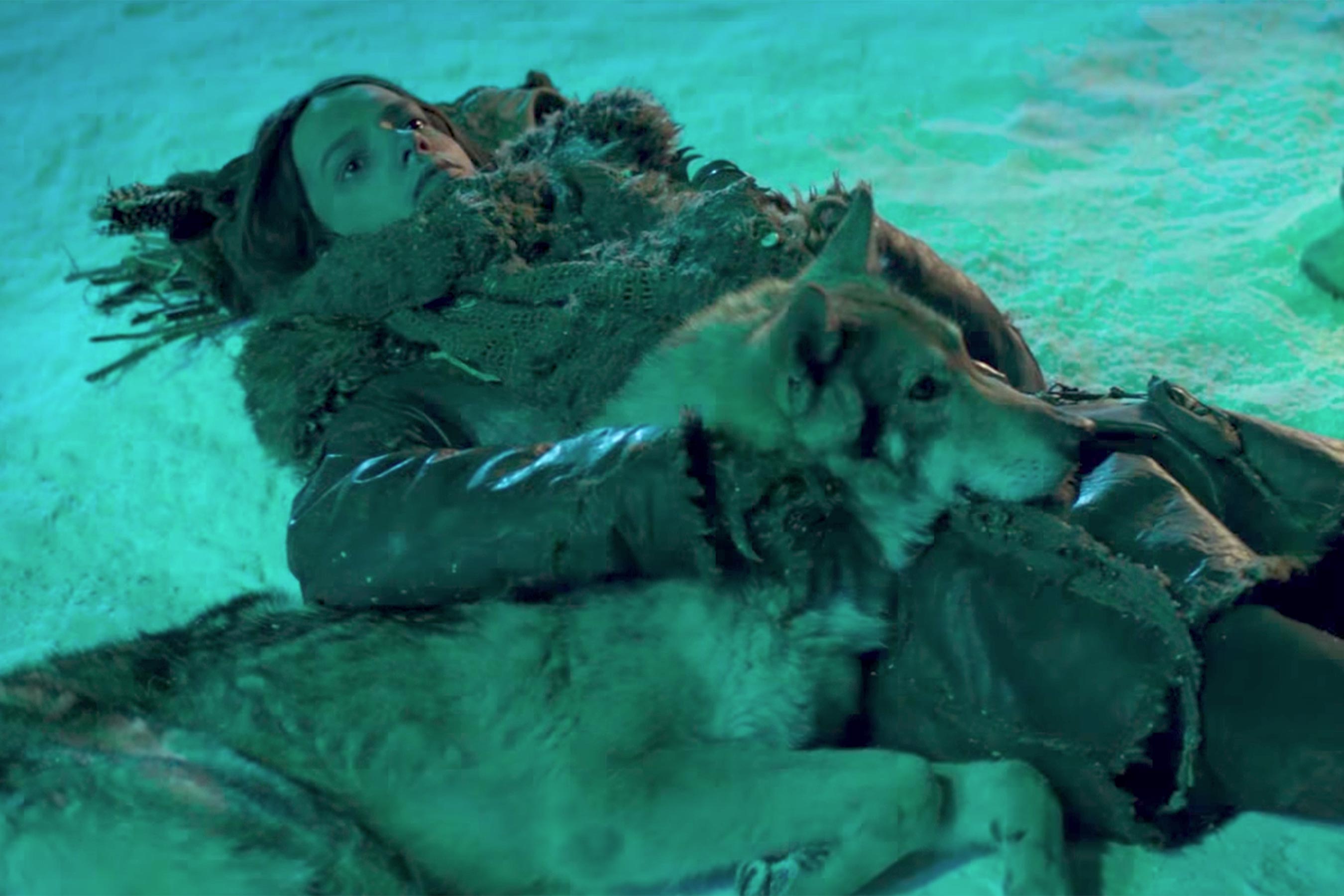 Alpha is the type of film where you need to ignore the marketing and just go see it. While the Ice Age serves as the backdrop, this is ultimately an emotional tale of survival that celebrates the bond between man and man’s best friend. I adored watching these two unlikely friends working together to rise against the odds. Alpha is a terrific film and one that is made from a place of passion and love. Highly recommended.