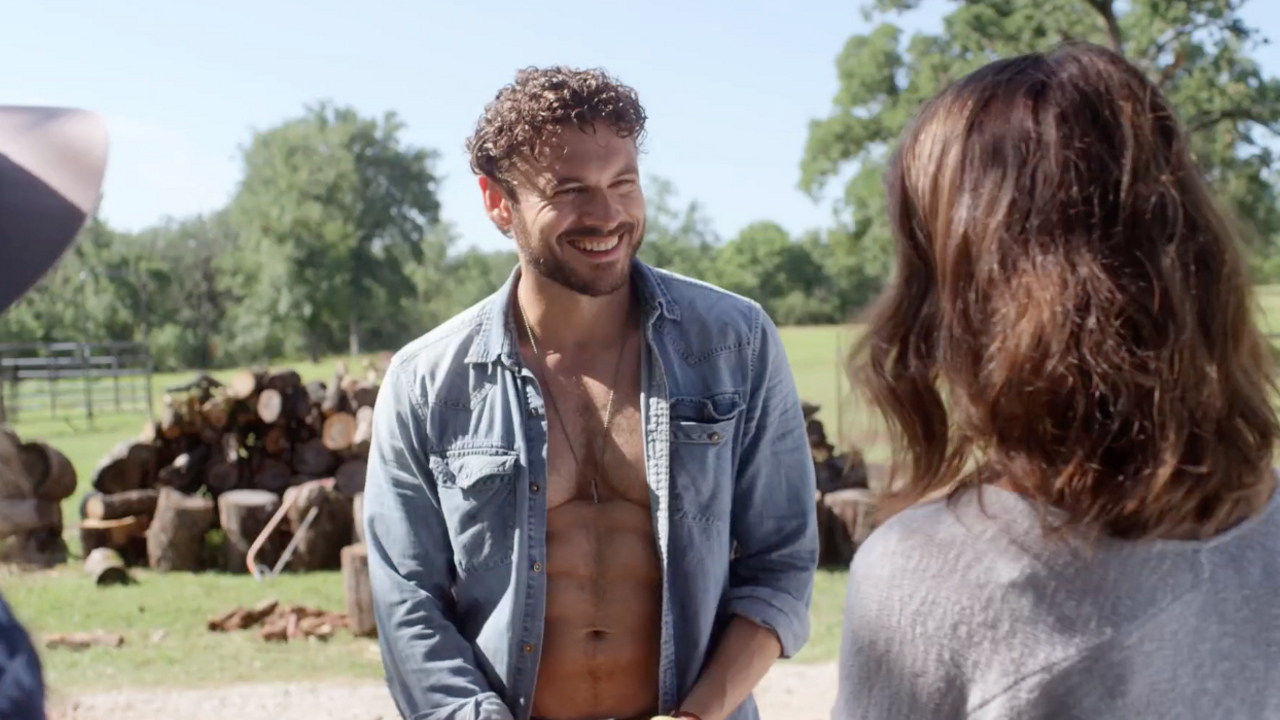 ‘Amanda & Jack Go Glamping’ is a Throwback Rekindling of Romance

When you’re faced with a midlife crisis and a marriage and career in disarray, it’s almost a given to escape and reignite what was once there. With his recent romantic comedy Amanda & Jack Go Glamping, director Brandon Dickerson shift the healing process to the Texan wilderness. Though as the title suggests, our two main characters won’t be roughing it over the long weekend.

Inspirational writer Jack Spencer (David Arquette) can’t shake his sophomore slump. While he made a name for himself with his first book, he’s found himself up against a brick wall. The same goes for his marriage to Amanda (Amy Acker), which isn’t exactly in its best shape. The couple decide to take a breather from an always glued-in tech society and rekindle what was lost. What better way to do that than glamping. Glamour camping surfaced about a decade ago. In fact, it wasn’t even an official word in the Oxford Dictionary until last year. Amanda and Jack basically enjoy all the amenities of everyday life (minus cell phone reception) while enjoying the company of Mother Nature.

Their quiet retreat is quickly turned upside down when the facility is double-booked. They’re joined by millennial newlyweds (Nicole Elliott and Daniel Ross Owens) as well as owner Nate (Adan Canto), who immediately has his eyes set on Amanda. In a way, Amanda & Jack is a generational clash as the younger couple is always referencing their apps and modern lingo. Arquette and Acker spout out 80’s references at every turn. Retro references to Ferris Bueller’s Day Off and Green Acres are commonplace. They wouldn’t feel as forced if they weren’t coming a mile a minute. That doesn’t even take into consideration the typewriters and old cameras decorating the glamping yurts.

Dickerson’s screenplay never extends too deep into the romantic or comedic waters, feeling more reserved than anything. Sadly, there’s more moments of just being generic than crafting that defining moment. However, there’s a few scenes with a donkey that try to pack a few laughs. Arquette’s Jack is the highlight of this glamping tale, though he’s not exactly the most likable character. His journey is probably the most fleshed out as he begins to distance himself from the film’s foursome. Out and about, he bonds with a local teen, who’s inspired by Socrates, Google and boy scouts.

While Arquette goes on some sort of journey, his wife’s dilemma hardly scratches the surface. Caught between pretty boy Nate and her grumpy, out-of-touch husband, the predicament never has this sense of urgency to propel the plot along. Acker’s serviceable in the role of the Jack’s wife. But for being Amanda in Amanda & Jack Go Glamping, balance between the two is dismissed.

A third act appearance by June Squibb (Nebraska) offers up the most laugh from Dickerson’s screenplay. And this is vintage, hysterical June Squibb at work here. If only Amanda & Jack Go Glamping had more energy leading up to this point. The end result is a film that plays it safe time and time again. We’ve seen many of these beats before, but not in the endearing fashion we could have hoped for.