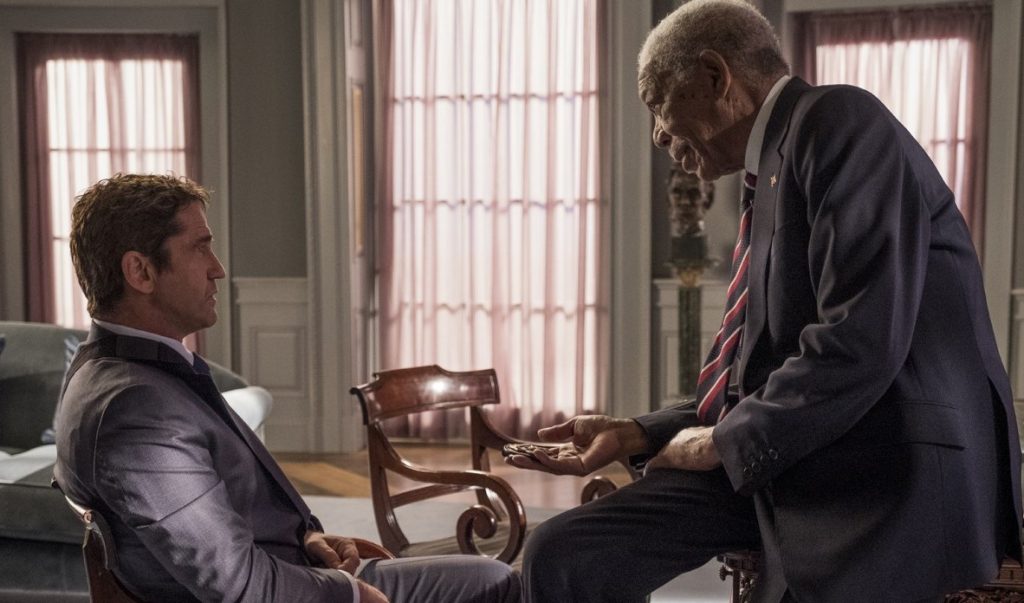 It started as a novelty so nice they did it twice. Olympus Has Fallen hit theaters March 2013, a few months before (the superior) White House Down. Both films told the story of a Secret Service agent surviving an assault on the White House, stopping the terrorists involved, and saving the President. Olympus was the bigger success (the lower budget helped) and gave us the utterly terrible London Has Fallen in 2016. Now we have Angel Has Fallen, the third entry in this unlikely franchise that began as a Die Hard retread, turned into a xenophobic mess fit for basic cable, and is now taking on The Fugitive. At the very least, this entry was able to put a leash on the racist fear-mongering.

Gerard Butler is back as US Secret Service agent Mike Banning. He’s still at his post, now serving a new president; Allan Trumbull (a returning Morgan Freeman), who has been bumped up from his former position as Speaker of the House, since last we saw him. No word on what happened to Aaron Eckhart’s President Benjamin Asher. He likely served his two terms, but even then, not a single person mentions him, or anything that took place in the previous two films.

It’s a bit strange how far Angel Has Fallen seems to go in not promoting itself as a sequel (even the posters seem like their filling in the blanks for the film’s lack of effort). No one references the fact that Banning saved the President from terrorists on two previous occasions. Perhaps that’s all well and good because the plot this time around features Banning having to go on the run, after being framed for a drone strike against the President, leaving the entire security detail dead, except for Banning. 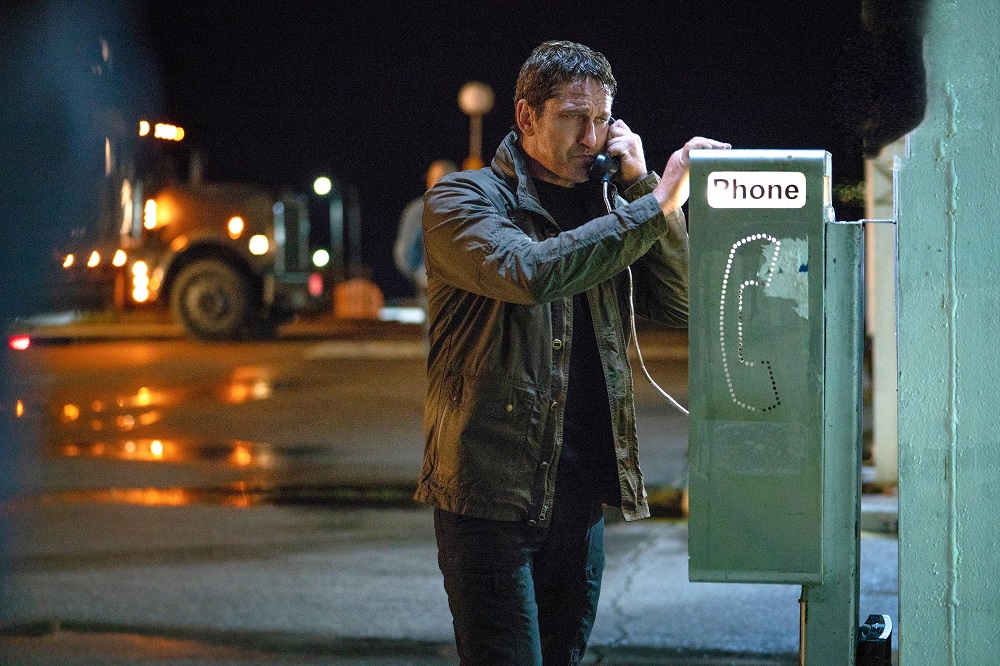 Why would they go after Banning? Well, FBI Agent Helen Thompson (a slumming Jada Pinkett Smith) presumes the highly decorated Secret Service agent pulled off one of the more elaborate assassination attempts ever seen, but was also incompetent enough to leave blood, hair, and skin all over the equipment he used to pull it off. How clumsy! And, of course, the FBI scoured the dark web and found $10 million in an off-shore account Banning also happened to have set up.

Since the services designed to keep Banning safe have turned against him quicker than a greedy civil servant against the underprivileged, it will be up to Banning to figure out who is behind his frame-up. I won’t spoil who it is, but the film is not exactly stretching itself thin with too many characters for the audience to have to work hard to figure it all out.

A movie like this is not trying to rely on nuanced complexity to be its saving grace. I can understand that. Angel Has Fallen is here to put its best foot forward as a decent action-thriller, ideally letting its first-rate cast add some gravitas. It’s a junky action picture, but one will ideally respect how it plays the game. I only wish the game was fun to play along with. 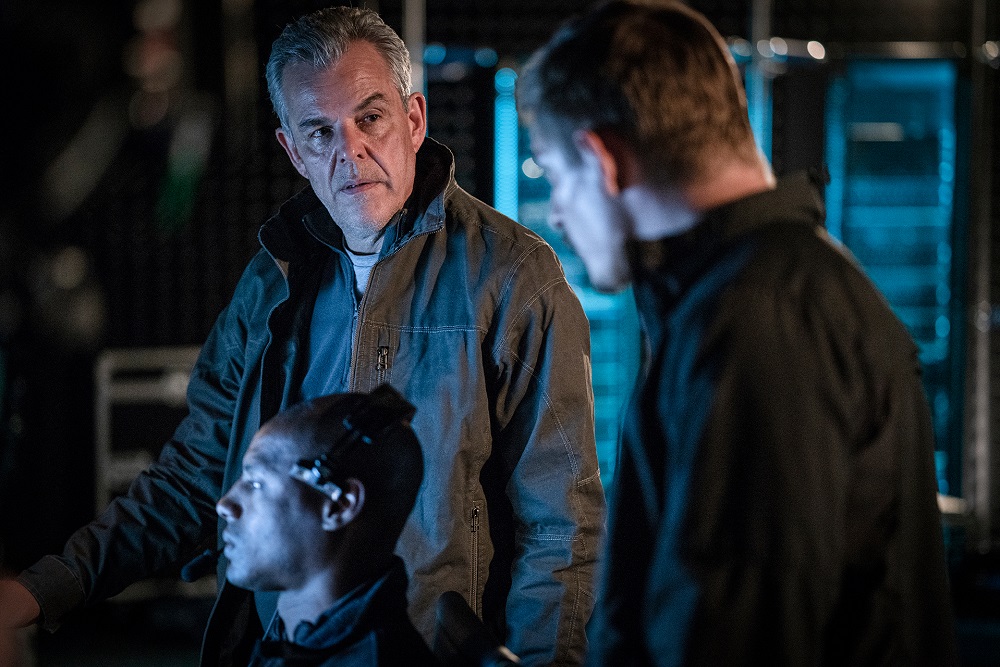 Along with a new studio (the rare trilogy to have three different distributors), we get a new director. Ric Roman Waugh essentially gets the chance to show off what he can do with a decent budget for a summer action flick, and there are areas to enjoy in that regard. The Fallen series has always relied on its R-rating as a way to attract fans of 90s-style action flicks, and there’s no shortage of headshots, head stabs, and explosives tossing bodies around like ragdolls.

The action editing is fortunately not egregiously terrible, and only a few nighttime sequences come up short in giving the viewer a good look at what’s going on. Given this series’ penchant for wild action-disaster set pieces to kick off the plot, the big drone strike sequence is ridiculous but feels true to the tone of this series. So where is this film lacking?

I won’t say the screenplay by Waugh, Robert Mark Kamen, and Matt Cook is too horrific for words, but the dialogue, in particular, does the film little in the way of favors. It’s not even as if the characters are poorly handled (though most are) or the thematic content falls apart. It comes down to how much “idiot plot” this movie relies on for its structure, rendering the film fairly uninvolving, as we’ve either seen it all before or don’t feel too compelled by what’s taking place. 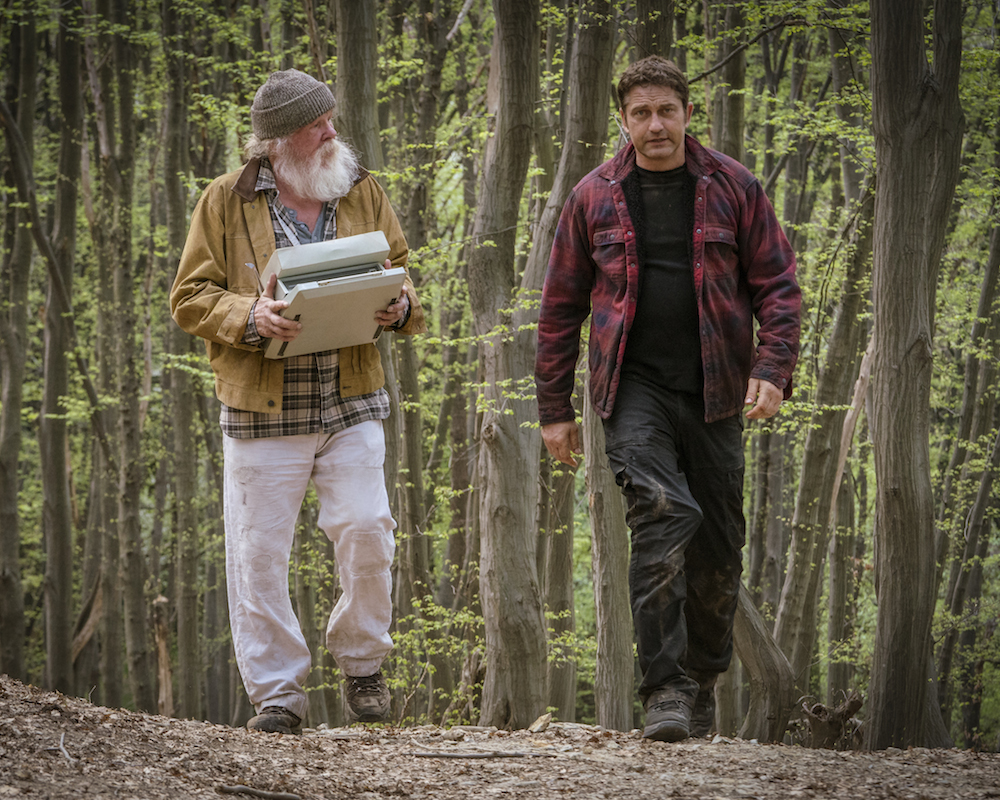 Working in the film’s favor is one quirky touch. We’ve seen long lost father plotlines before, but Angel Has Fallen utilizes the ideal casting of grizzled Nick Nolte. His work as Clay Banning, reclusive war veteran, will make eyes roll, but is also occasionally humorous, and imbued with the type of sincerity Nolte continually brings to even his most forgettable of roles.

Less impactful is anyone else we see here. Butler does what he can, but Mike Banning has proven to be a blunt instrument more than anything profound. His biggest struggle is pain from all the combat he’s seen, which never makes a difference in the action scenes, and only comes up when the script calls for it. Freeman lets his familiar voice do all the work, and the rest of the cast, which includes Danny Huston, Tim Blake Nelson, Lance Reddick, and Piper Perabo, all fade into the background.

Perhaps the biggest surprise is the reversal of the film’s politics. After going off the deep end in London to revel in Islamophobia, we now have a story capitalizing on every chance to say the reverse. It’s jarring to the point of being laughable, and a better film could find some clever ways to take on a challenge that almost feels like an ultimatum thrown at the producers for the sake of appeasing…I’m not sure who; given the audience that happily accepted the previous film enough to get a third Fallen chapter greenlit.

Of course, that’s all neither here nor there when dealing with a film series that traffics in guilty pleasures, as far as nonsense action pictures go. That said, I didn’t have much fun here. The novelty has certainly worn off given the complete change in premise and the lack of a central character whose story I feel needed to be continued. From an action standpoint, there’s some decent stuff here, particularly moments involving actual stuntmen, but nothing that sticks out as a way to elevate what’s on screen. Perhaps I’m still bitter about the comparative lack of follow-ups for White House Down, but whatever the case, now that Butler has Fallen again, maybe he’ll stay down. 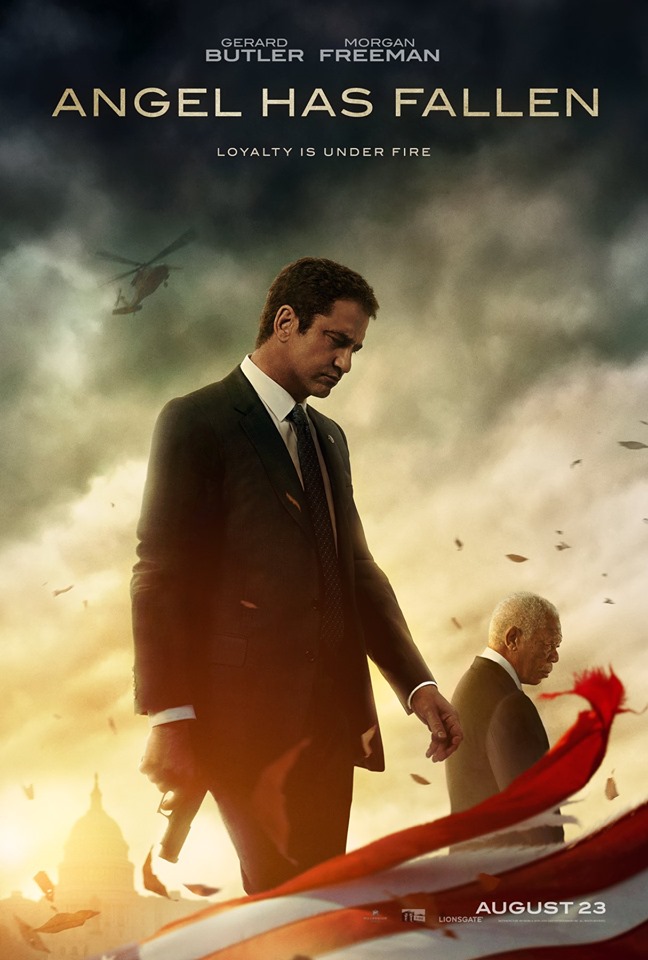