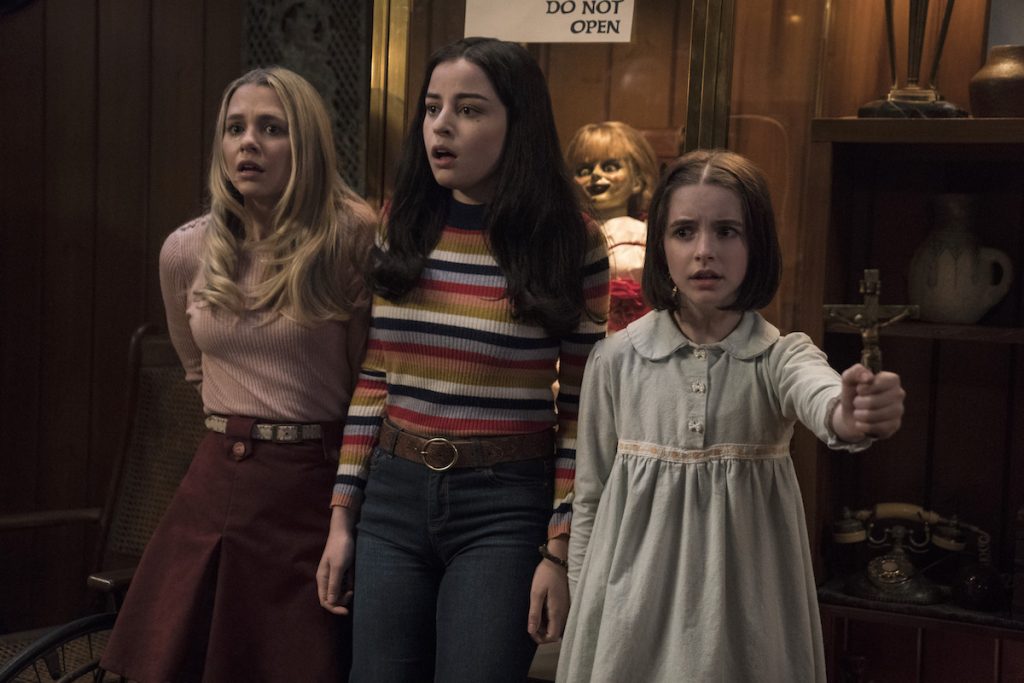 For a creepy doll that doesn’t physically do anything beyond staring at potential victims, it’s impressive that we’ve gotten three spin-off Annabelle films, following its debut in 2013’s The Conjuring. Even more impressive is how this spin-off series has surpassed The Conjuring in sequel entries (though Conjuring 3: Tokyo Drift is due in 2020), with two of these films, 2017’s Annabelle: Creation and now Annabelle Comes Home, rivaling the original movie in quality. However, while I may be in the minority when it comes to admiration for director James Wan’s franchise starter, I have been intrigued by the cinematic universe that has developed since. All of these films may feel like a greatest hits reel when it comes to delivering scares, but there’s a level of quality in many of these various productions that I enjoy. Such is the case with Annabelle Comes Home, a horror crossover event that provides plenty of spooky fun.

At this point, The Conjuring universe has surpassed Fast & Furious as the most convoluted franchise timeline. Still, for those trying to keep up, Annabelle Comes Home serves as a sequel to the first Annabelle film, as well as a prequel to the first Conjuring film, not to be confused with Annabelle: Creation, which was a prequel to Annabelle, which, of course, was set after The Nun, but still before The Curse of La Llorona (which only sort of counts in this series). Does everybody understand? Good. So, here’s the deal, there’s a doll, and it’s a conduit for evil spirits.

There’s not much more to it than that. The Annabelle ‘character’ is inspired by a Raggedy Ann doll that real-life ghostbusters Ed and Lorraine Warren took and locked away in their evil artifacts room. For Annabelle Comes Home, we get a brief appearance from Ed and Lorraine (Patrick Wilson and Vera Farmiga), but this movie is more about their daughter Judy (Mckenna Grace), her babysitter Mary Ellen (Madison Iseman), and Mary Ellen’s best friend Daniela (Katie Sarife). It could have just been a quiet night for the three of them, but Daniela is suffering from grief due to the recent death of her father and decides to explore the Warren’s creepy room of terrible trinkets, letting Annabelle out in the process. 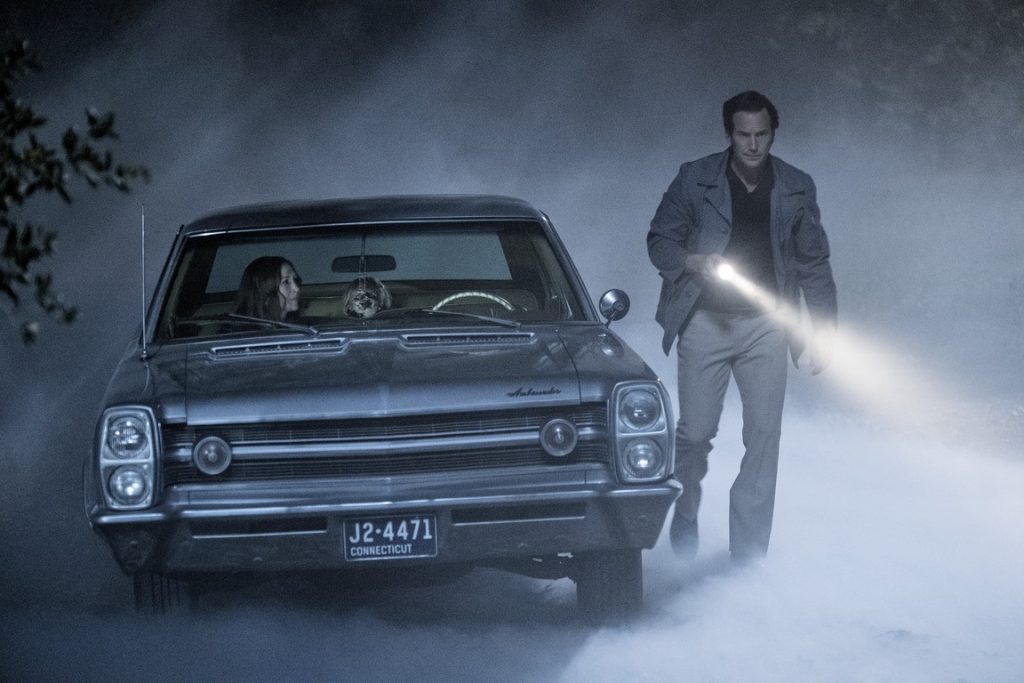 It would be easy to come down on the film for choices made by a character given ample warning to stay out of a locked room, not open a clearly marked glass case, and certainly keep from leaving said glass case open, but that’s looking at this movie the wrong way. For one thing, the character is defined by a tragedy, and teenagers tend to “want to touch the stove” by nature, no matter the warning signs. The other thing: this is a horror movie. That’s not always the reason to wipe away any plot contrivance, but the work is done for it to add up reasonably. Plus, would ten extra minutes of work to further justify the release of evil supernatural spirits lead to a better film?

If that film is out there, I’ll be happy to watch it (and probably have already), but writer Gary Dauberman has a good hold on what works in these Conjuring films, having written the other spin-offs (as well as co-adapting It). He makes his directorial debut with Annabelle Comes Home and follows the James Wan handbook in terms of letting us have time with the characters, while also holding onto shots as long as needed to build up the tension. Like the other films in this series, Annabelle Comes Home is not averse to letting jump scares do the work, but even with a low rumbling bass line to alert the audience to danger, I also applaud how good of a job it does at drawing things out. There’s a lot of restraint when it comes to delivering the jolts, and even when they arrive, this film may be the lightest R-rated film I’ve seen in some time when it comes to horror violence.

Not hurting at all is the overall warmhearted nature of the film’s main characters. It borders on cheesy, as the Warrens live in the suburbs, and because of their reputation, their pre-teen daughter is getting bullied at school, and facing the dilemma of no one showing up to her birthday party. Leave it to Mary Ellen to serve as the nice babysitter who helps Judy feel better. And if that’s not enough, she has a crush on the boy who works at the grocery store, Bob (Michael Cimino), who happens to have a crush on her to the point of providing a Say Anything moment in the middle of a killer doll movie. Even troublemaker Daniela only acts out to help her friends or deal with her drama. 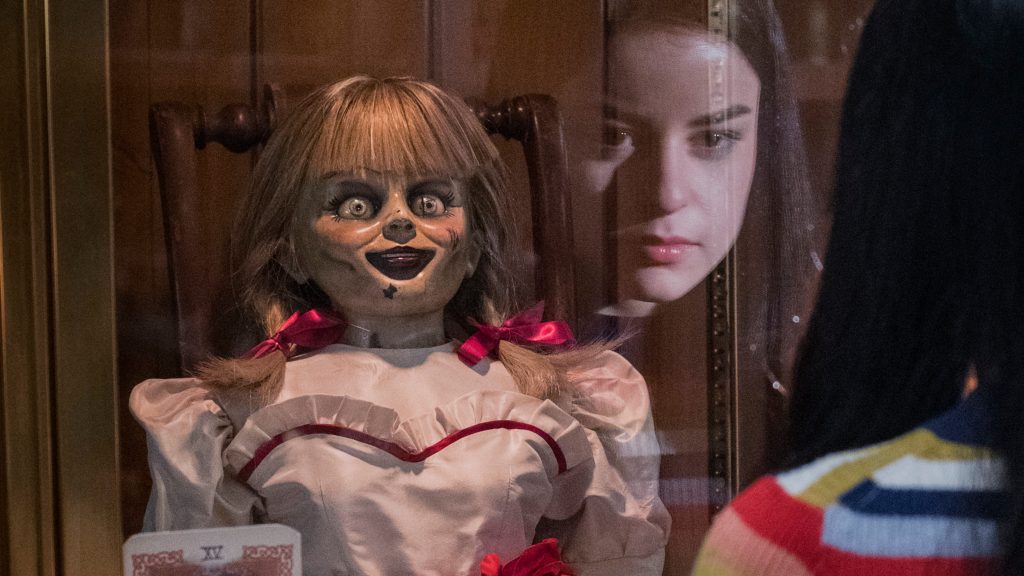 While there’s a lack of more in-depth characterization, these aspects have you hoping these characters can work together and survive the night of frights they face. Annabelle Comes Home ends up feeling a bit more episodic than the other films by splitting these characters up for various periods, but it’s never dull, and you root for them to overcome their personal dangers. The final showdown seems a bit anticlimactic, but I can also respect the various setups for what these characters end up dealing with, and how things are resolved.

Additionally, Annabelle Comes Home has a lot of fun bringing together lots of scary props that make for a fun game of “Spot the Next Spin-Off Character.” This time around, we get The Ferryman, The Bloody Bride, and an evil samurai suit, among others. These all allow for some creative suspense and scare moments, though perhaps not as wild as the initial appearance of the Nun character (though, hopefully, their potential spin-offs will be better). At least they are all a part of the 70s house the Warrens live in, which I couldn’t help but get a Brady Bunch vibe from, albeit with the lights mostly turned off (and no Alice around to make dinner).

Annabelle Comes Home is sufficiently entertaining when it comes to this ongoing horror series. It’s effective enough as a haunted funhouse flick thanks to the production design, the right kind of camera work, and committed performances. The scares didn’t leave me on the edge of my seat (I don’t think a Wan-involved film has really “got me” since Insidious), but I also don’t think that’s where I’m supposed to be with these films. This is designed as a fun teen horror movie, where a theater can get behind seeing a mostly female cast contend with ghosts who go bump in the night (or worse), occasionally delivering on some amusing jolt scares. That seems like enough for a doll that can hardly be bothered to move when its happier helping to possess those around it. 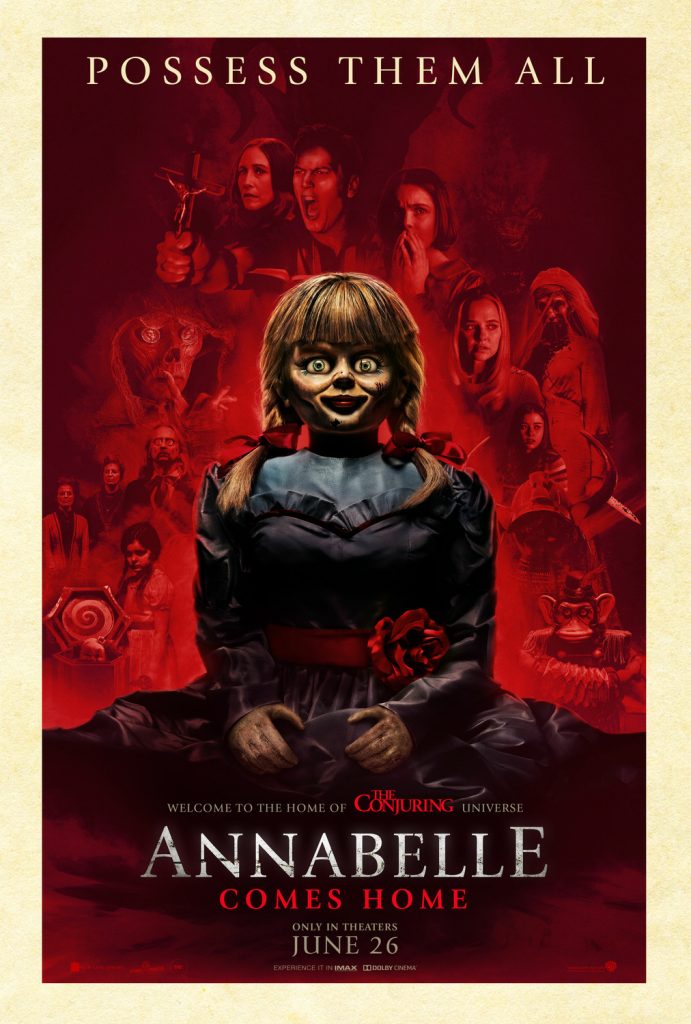 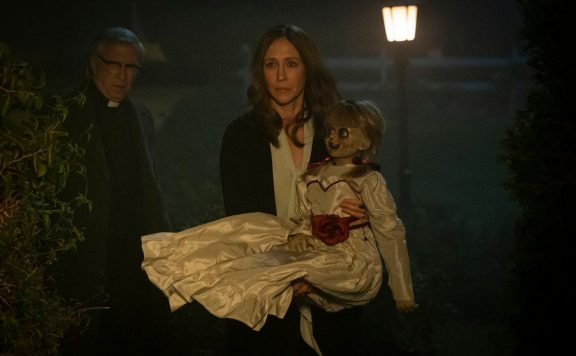