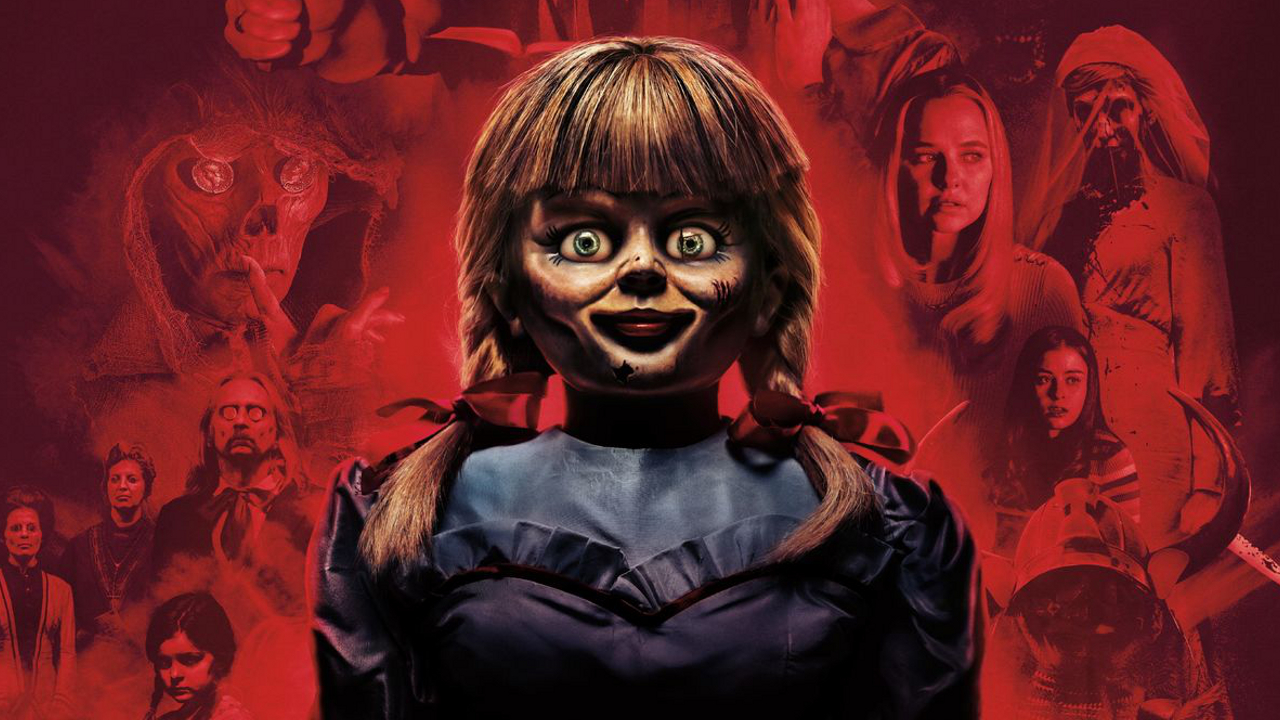 The Annabelle doll has had a vital role in “The Conjuring Universe,” dating back to the very first film in 2013. Granted, she hasn’t always gotten her due in the past six years. 2014’s Annabelle damned its titular demon doll to a forgettable fright-fest. However, 2017 prequel, Annabelle: Creation hit its fair share of nerves with some of the franchise’s most terrifying moments. Annabelle Comes Home intends to connect even more dots within “The Conjuring Universe,” while holding true to brand scare tactics.

Set close to the events of The Conjuring, Ed (Patrick Wilson) and Lorraine Warren (Vera Farmiga) take possession the Annabelle doll. Knowing the powers of the demonic conduit, Ed and Lorraine secure the doll in their personal Occult Museum. The couple take extra precautions to make sure Annabelle’s evil is under control. Priests bless their creepy basement museum weekly. The glass case holding the doll even has specific instructions. “Warning! Positively Do Not Open!” Of course, it wouldn’t be an Annabelle movie if people actually listened for a change.

While Ed and Lorraine bookend Annabelle Comes Home, they’re not the focus of the horror sequel. Instead, the Warrens’ 10-year-old daughter, Judy (McKenna Grace, Captain Marvel) butts spiritual heads with the doll. Grace replaces Sterling Jerins, who assumed the role in the first two Conjuring films. While the Warrens are away, Judy is taken care of by her babysitter, Mary Ellen (Madison Iseman, Goosebumps 2: Haunted Halloween) and her friend, Daniela (Katie Sarife). The impromptu girls’ night at the Warrens isn’t all fun and game once Daniela lets the Annabelle doll loose. The first thought that comes to mind is “great, more dumb horror teenagers.” Though, the screenplay by writer-director Gary Dauberman finds some justification in unleashing Annabelle.

Annabelle Comes Home doesn’t reach as deep as either of the two Conjuring features or Annabelle: Creation for that matter. Even as one of the smaller installments, Annabelle Comes Home works well with what it has. While genuine scares are always a key attraction for “The Conjuring Universe,” Dauberman pays plenty of narrative attention to his female trio. Mckenna Grace continues to be one of top child actors working today. While she excelled in both Gifted and a small role in I, Tonya, she’s also a fine addition to the “The Conjuring Universe.” For the most part, the malevolent behavior lurking in her home doesn’t even bother her that much. And being the youngest one in the group, she might actually be the most mature of the three. Iseman and Sarife compensate for a handful of frightening moments. Well, their parents aren’t out ghostbusting for a living, so screams galore.

Even if Annabelle Comes Home marks the third “Conjuring Universe” film in less than a year, it’s fresh enough on the frights to dismiss franchise overload. Fortunately, we’re back on a course correction after The Nun and The Curse of La Llorona. Jump scares still manage their way into the latest Annabelle, but the predictable ones are outweighed by the occasional weightier scare. Dauberman’s been the main constant in the Annabelle trilogy as screenwriter. As director, he delivers a film that’s more reeled in. However, it’s not compromised at all for being a bit safe around the edges. Still, it’s an Annabelle movie through and through with plenty going bump in the night.

Like the other six films, Annabelle Comes Home expands “The Conjuring Universe” even further. If the franchise has been any indication, new supernatural tormentors in this film may find their way into future chapters down the line. The Ferryman is always a prime option, joining the demonic rank of Annabelle and Valak the Nun. Regardless of what direction “The Conjuring Universe” takes, Annabelle Comes Home is a lively addition to the terrifying mix.