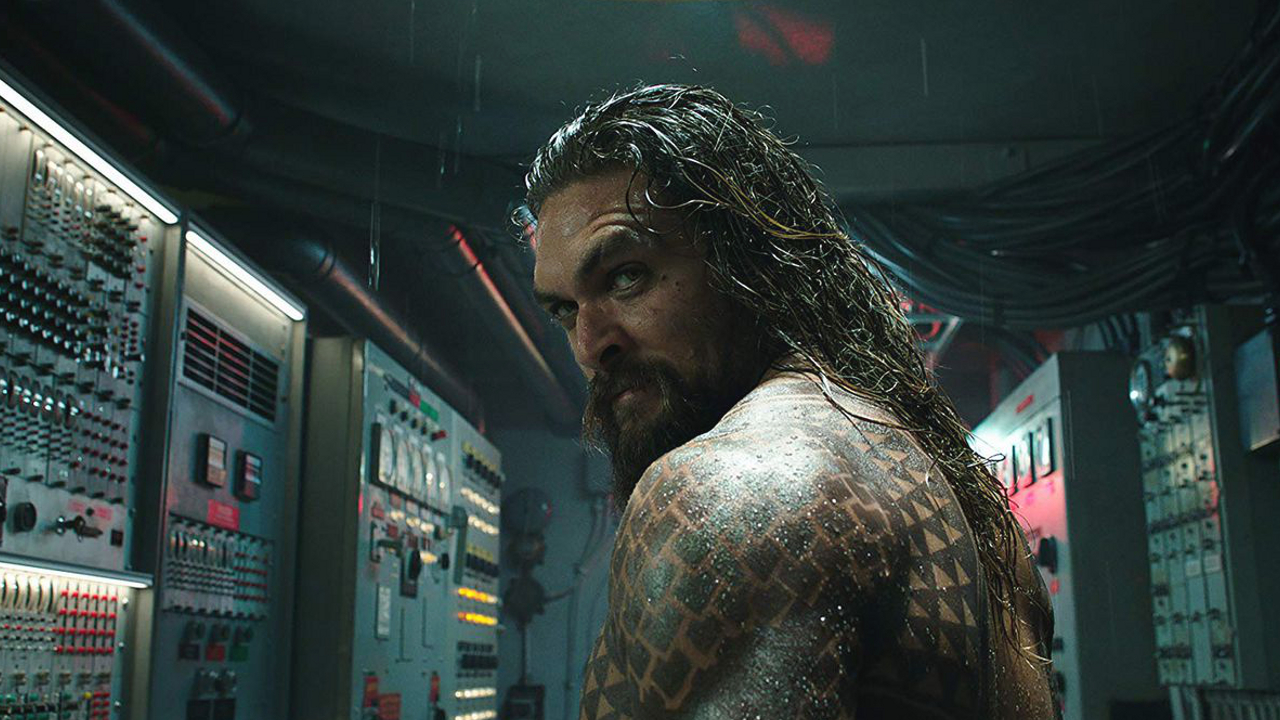 ‘Aquaman’ Emerges as a Satisfying, Self-Aware Addition to the DCEU

Jason Momoa’s Aquaman emerged last year as one of the highlights from Justice League. The ultimate team-up lacked in various areas, yet Momoa’s energy and humor neutralized some flaws. As a result, the aquatic hero was a breath of fresh air compared to the franchise’s brooding headliners, Superman and Batman. Now with his first full-length theatrical film, Aquaman is finally set to make his mark as the next major player in DC’s expanding universe.

Born Arthur Curry, Aquaman (Momoa) is a half-breed born to a lighthouse keeper (Temuera Morrison) and disgraced underwater queen, Atlanna (Nicole Kidman). While fully aware of his royal heritage, Curry has no desire to become King of Atlantis. Lacking pure Atlantean blood, he’s under the impression that the sea folk won’t accept him as ruler either. As underwater conflict comes to head thanks to Arthur’s half-brother King Orm (Patrick Wilson), the superhero is forced to spring to action, reluctantly accepting his destiny. With Princess Mera (Amber Heard) and loyal counselor Vulko (Willem Dafoe) as allies, Arthur begins a journey to turn the tide.

In a sense, Aquaman is similar in many ways to Zack Snyder’s Man of Steel, albeit more upbeat in tone. Both superheroes bridge two vastly different worlds. Superman is practically an alien god, though he’s a symbol of hope for mankind. Likewise, Arthur Curry has roots above and beneath the sea, coming from mixed parentage. Director James Wan takes a page out of Snyder’s storytelling, establishing Aquaman as an existing superhero. Even after the events of Justice League, the media toss around conspiracy theories about Aquaman and Atlantis. While linear for the most part, flashbacks to Arthur’s childhood drop in and out during certain moments of the film. Building off teases from Batman v Superman: Dawn of Justice and a more substantial role a year ago, Aquaman is not your traditional superhero origin story.

SEE ALSO: Aquaman Review: Stands Out in a Sea of Superhero Films

Though it’s his first solo adventure, James Wan packs Aquaman to the brim as the superhero flick approaches two and a half hours. Underwater politics, Shakespearean sibling drama, an impromptu treasure hunt straight out of Uncharted and an over-the-top sea battle all find their way into the non-stop adventure. It’s more than enough ground to cover in a single film that’s not quite aiming for a more streamlined approach. Mercenary Black Manta (Yahya Abdul-Mateen II) is notable adversary in Aquaman lore. Despite clear motivations, he’s one too many characters in Aquaman, relegated more to a secondary villain in favor of Wilson’s hammy King Orm. Both villains are deeply affected by Aquaman’s presence. Granted, Wan’s script focuses on juggling slightly more clutter than substance.

Like Justice League, Momoa is Aquaman’s greatest asset, anchoring perhaps what could be considered the DCEU’s most psychedelic and amusing experience to date. He might be an illegitimate prince of Atlantis, but he’s certainly the “King of One-Liners.” Yes, Aquaman is ludicrous and self-aware, but Momoa transforms it all into an entertaining ride. Whether he’s sharing scenes with Heard in a globe-trotting expedition or with Wilson in a brotherly battle royale, having fun with the role is first and foremost. Chemistry isn’t always perfect, but serviceable throughout.

Despite some wonky storytelling choices, one of the greatest takeaways from Aquaman is its visual wealth. Tonally, Aquaman’s spectacle treads back a decade, though its ambition is to admired. It’s not every day you get to see an army of crab people (sorry South Park) go head-to-head with an armada of sharks, sea horses and other fantastical aquatic creatures. Sure, the overload of green screen is fairly obvious at points, but the tools are there for bigger and better come time for the inevitable sequel. Hopefully James Wan is offered a second opportunity to expand DC’s universe even further.

Outside of a few derivative elements, Aquaman has crafted a distinct identity in the DCEU. Gone are the days of a franchise that took itself way too seriously. With Momoa as their latest superhero, let’s have a bit of fun for a change.