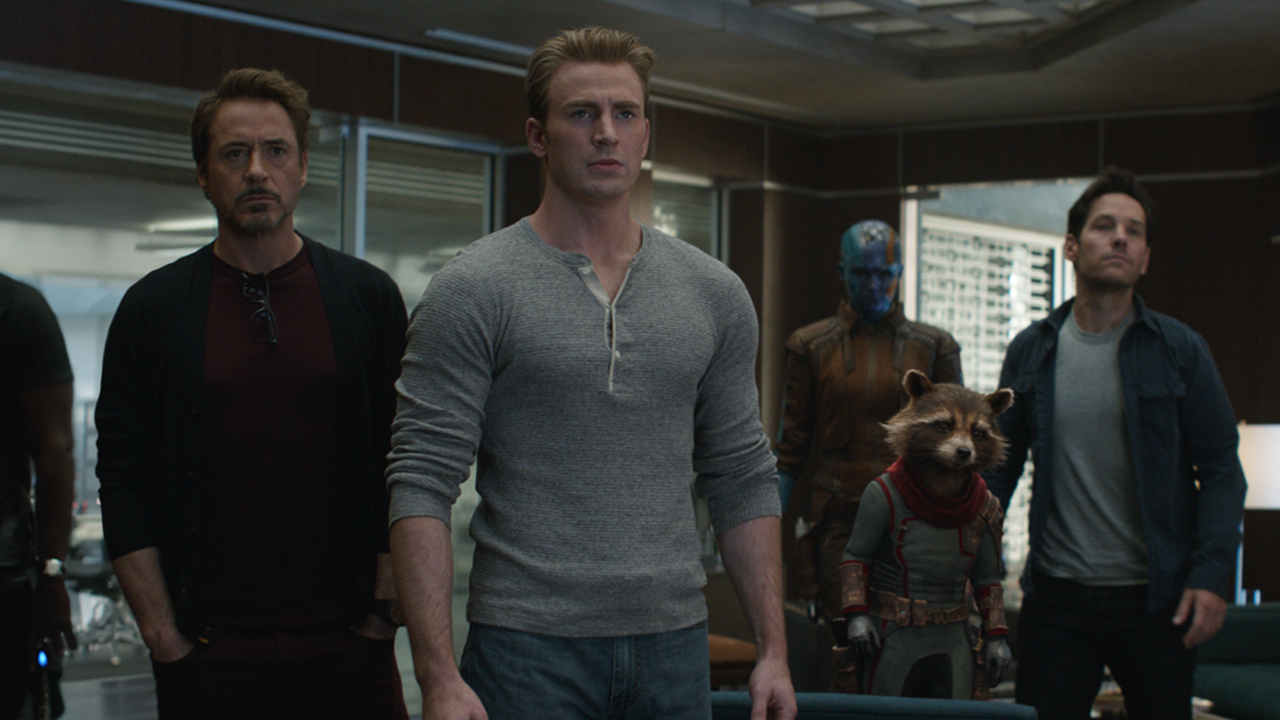 One year ago, Avengers: Infinity War left audiences speechless. Like The Empire Strikes Back and Harry Potter and the Deathly Hallows – Part 1, the climactic atmosphere was somber to say the least. It’s not every day you see Earth’s Mightiest Heroes fail to live up to their moniker. Still, it happened. But Marvel’s made it no secret that the Avengers would rally back in Avengers: Endgame. Centered around “Avenge the Fallen” and “Whatever It Takes” campaigns, there’s no short supply of payback.

With a snap of his fingers, Thanos (Josh Brolin) decimated half of humanity into dust. The Avengers weren’t exception to the randomized apocalypse either. Even MCU rookies, Black Panther (Chadwick Boseman), Spider-Man (Tom Holland) and Doctor Strange (Benedict Cumberbatch) fell victim to Thanos’ catastrophic actions. As a result, it’s down to the original six Avengers and a few other additions to keep on living. For the survivors, it’s more than just living or killing the Mad Titan himself. Rather, restoring the fallen back into existence.

Each of the Avengers deals with aftermath in their own personal way. Jeremy Renner’s Hawkeye (absent in Infinity War) thirsts for blood around the world. Captain America (Chris Evans) copes in a support group, losing his closest brother-in-arms. Iron Man (Robert Downey Jr.) reflects on his love for Pepper (Gwyneth Paltrow) as his ship drifts through space. But when a solution presents itself to undo “The Snap,” the surviving Avengers focus all of their energy on the near-impossible task at hand. In a way, the mission segments Avengers: Endgame like Infinity War, albeit more serviceable for the die-hard Marvel fans.

Co-directors, Anthony and Joe Russo, end up righting some of the problems found in last year’s Infinity War. Despite a beefy 150-minute run time, series veterans Captain America, Hulk (Mark Ruffalo) and Black Widow (Scarlett Johansson) were simply an afterthought. Avengers: Endgame does the trio justice, though falls short with other pivotal players. Evans and Johansson have no shortage of memorable moments. Ruffalo toys around with new aspects of his Hulk character. It’s a vast improvement over the green guy “trying to get it up” last year. Though, we never get an iconic “Loki Smash” moment from The Avengers or endearing banter from Thor: Ragnarok.

Yes, Avengers: Endgame fixes problems, but replaces them with new issues. Christopher Markus and Stephen McFeely revered Thanos as one of Marvel’s most layered antagonists in Infinity War. Avengers: Endgame dilutes the purple baddie, relying more on his generic brute strength than established emotional weight. Brie Larson’s Captain Marvel is treated as an inconsequential cameo. Nick Fury’s ace-in-the-hole comes and goes whenever she pleases. The latest MCU addition displays her incredible cosmic powers once again. However, her presence feels detached and doesn’t drastically alter the endgame.

And even though we’re in the Avengers’ darkest hour, Markus and McFeely, there’s a surprising amount of humor featured in their script. The stakes are more critical than they’ve ever been. Though, we can’t stay in dark and depressing mode for a few hours in a Marvel movie. Chris Hemsworth continues to sail on his Thor: Ragnarok goofiness, utilizing comedic banter as a shield. Likewise, Paul Rudd offers plenty of quips as Ant-Man. Even Chris Evans has come quite the journey from his “bad language” days in Age of Ultron.

Avengers: Endgame is undoubtedly the culmination of 21 films. But even at three hours, a few nagging shortcuts are taken along the way. The first act takes the most damage, undermining beats from Marvel’s previous installments. But once a few of the kinks are ironed out, Avengers: Endgame brings everything full-circle for its fans. It’s these nuggets of fan service that will ultimately satisfy the Marvel faithful. Sometimes it’s just tiny puzzle pieces. Other times, it’s an extravagant set piece. When it wants to play The Return of the King card, the entire kitchen sink is up for grabs. Just remember, it’s not the final Marvel film ever, just the end of an era. It’ll be a long time before the MCU returns to this sort of scale. Maybe by then, mutants and “fantastic” superheroes will enter the fold.

Before summer’s end, we’ll be able to watch Avengers: Infinity War and Avengers: Endgame back-to-back as a single 5.5 hour installment. That’s an epic accomplishment all to itself. Endgame complements Infinity War in scale, scope and ambition. Still, its no holds barred extravaganza can’t transcend the genre on its own merit.