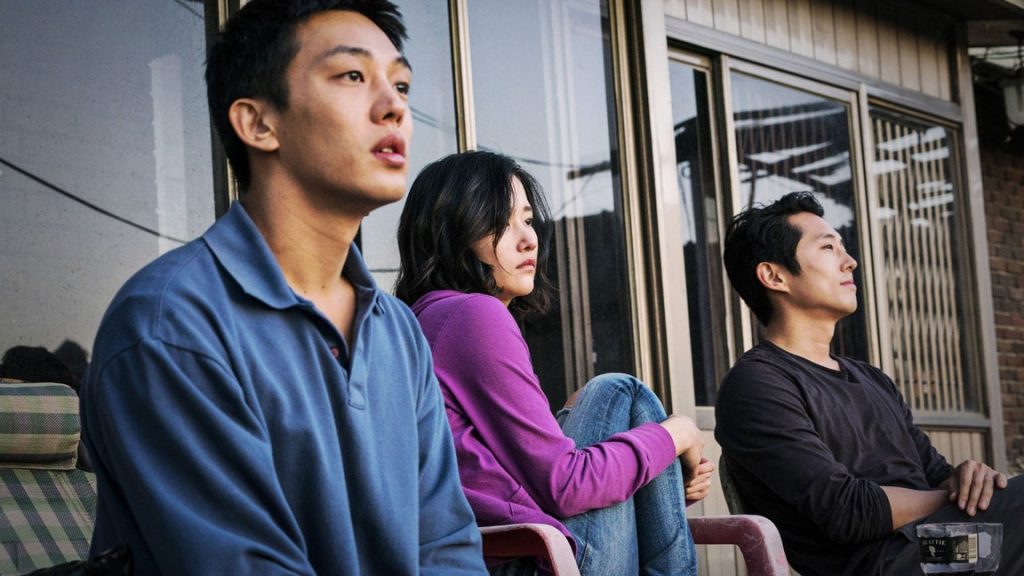 The art of the slow burn is as much about the journey as the reward. If the payoff is lacking, does the film still work thanks to the effort to build up such a story? Does a story that seemingly lacks much purpose get better if the finale packs a real punch? Director Lee Chang-dong’s Burning is 148-minutes long and spends a lot of time on smaller details, before revealing an underlying mystery. Perhaps it is overlong, and there’s been a recent debate over lengthy films, but here’s a movie that feels so assured in its direction and in wanting to explore the relationship dynamics between three characters, and what it means to upset their world.

Set in modern-day South Korea, Jong-su (Yoo Ah-in) works delivery jobs to help provide for his family (his father is currently caught up in a legal matter). Hae-mi (Jeon Jong-seo) is an old childhood neighbor who spots Jong-su and forms a brief affair with him, before leaving for Africa for a few weeks. She returns with Ben (Steven Yeun), a new boyfriend who belongs to a wealthier class of people. As this triangle grows somewhat tense, an eventual wrinkle develops, which leads to Jong-su’s suspicions over the stories he’s been told and where he stands with his new relationships.

There’s much to take away from this story, and not all of it has to do with the various reveals, which I will not go into. Suffice it to say, a Hitchcockian element eventually emerges to provide a level of complication to what’s going on between these characters, but the journey to more inciting incidents is not without purpose. While not as emotionally wrenching, overtly comedic, or trapped in existential daydreams, Burning’s construction and tone puts in in a space seen in Michael Haneke’s Cache, Hitchcock’s Rear Window, and the Coen Brother’s Man Who Wasn’t There. 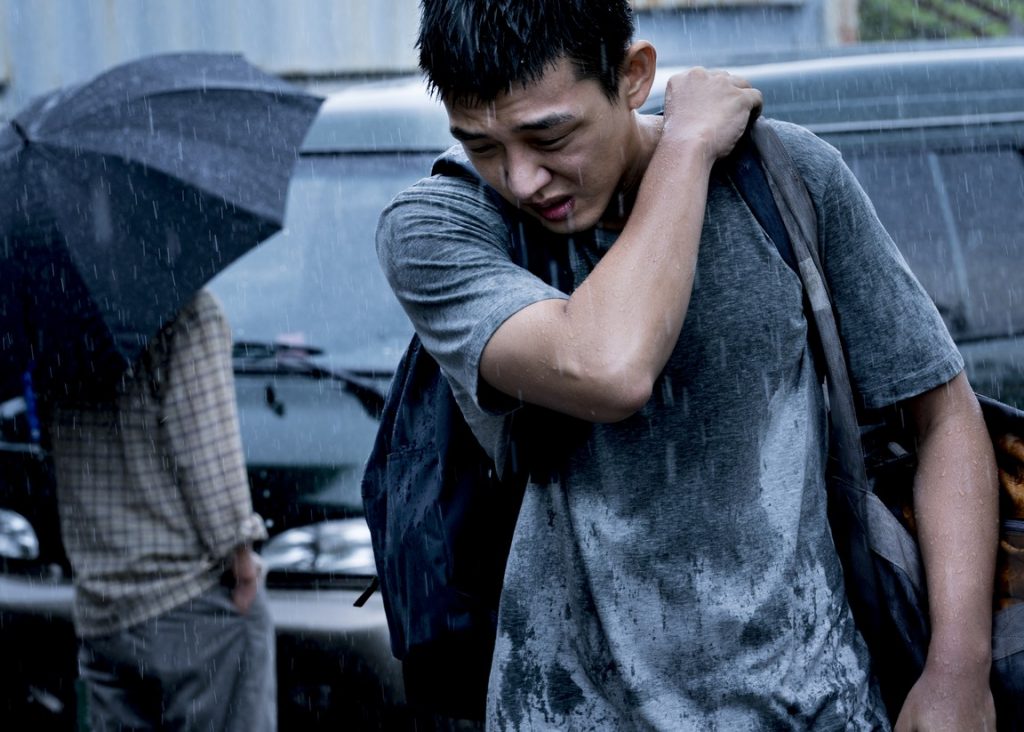 The separation comes from who these characters are and why their sudden interactions matter. While I can’t speak to what the social regimes are in South Korea, it is easy to understand the discrepancy between classes. John-Su and Hae-mi are not from the big city, and they are scraping by to make a living. Ben is rich. He has a fancy car, a high-rise apartment, and socialite friends. Why is Ben so interested in these people? He is compared to Jay Gatsby at one point, and it is not unfounded. That in mind, Gatsby had a past as well as a goal, both implied and made somewhat clear. Ben is more ambiguous, possibly leaning on sinister.

Given the characters and the time we are in, I can understandably see an argument made for failing to do more with Hae-mi. It would be easy to look at Burning as a film driven by male-based fantasy arcs of a sort, even allowing a hero to rise and defend the female character’s honor in some manner. Another read is seeing Hae-mi as an archetypal character that has nothing to offer beyond quirks and reasons for the man’s story to proceed. That’s a bit more dismissive, but both reads seem to be masking another key aspect of the film.

Without delving too far into what Burning builds towards, it is telling a story centered on Jong-su. What was made almost too clear to me is how he’s practically a step below an everyman. The character had aspirations of becoming a writer, only to end up as a slacker with little drive. There’s an investigation element to the film as he begins to catch on to a mystery that forms, but he’s not qualified for this. Really, Jong-su is a bit dim, or at least late to catch on to things. Because of this, I can respect the way the film handles the lead female character, given the portrayal of those around him. 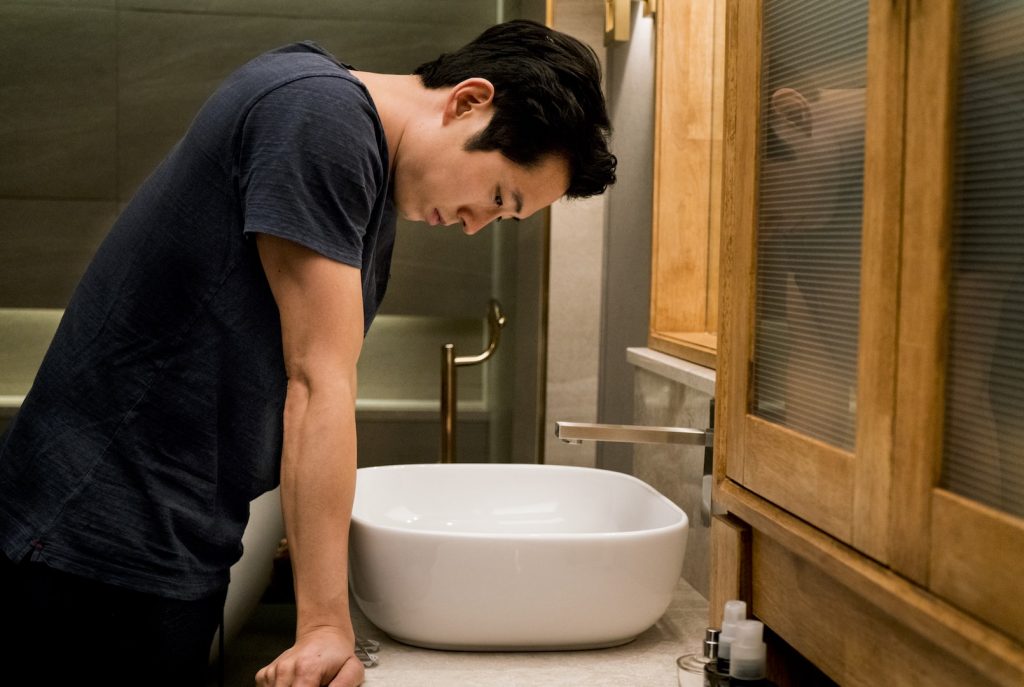 Here is a film that develops a triangle between three people, with one man who seems to exist in a world of pampered smugness, while the other has been merely deemed good enough to feed Hae-mi’s cat, while she’s way. It’s a familiar dynamic that could be contorted into a sweet romantic comedy, were it not for the mood Burning so carefully establishes.

Speaking of which, this film looks fantastic. Set in the city of Paju, which is near the Korean DMZ, the use of fog and specific times of day allows the film to express itself by way of visual emotion constantly. Sometime’s there’s a look of dread, other times beauty in use of twilight. Even working in a representation of the doldrums helps keep us in the mind of certain characters, depending on where we are in the story and what we know about each person involved. Sound design plays a key role as well, with additional help from the score by Mowg, and specific soundtrack cues bizarre enough to feel all the more appropriate. All of this aids in the slow burn towards some key reveals. 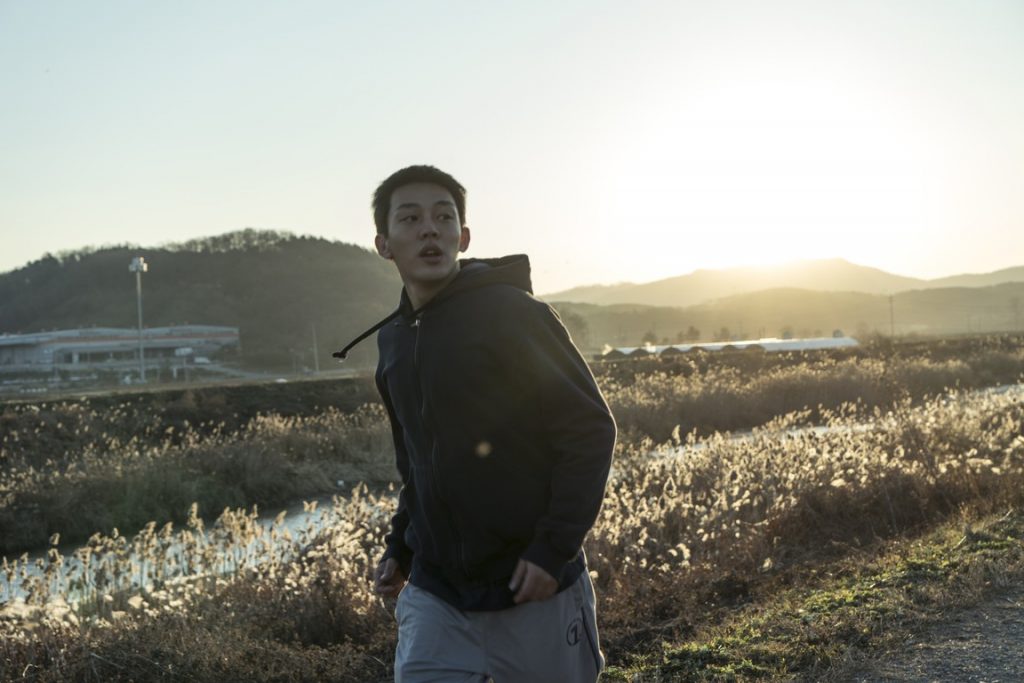 The performances are all top notch as well. Yeun, in particular, does a fine job of grasping onto new territory as an actor, as he makes for a beguiling presence. Known mainly for The Walking Dead and his comedic improv background, Yeun uses his Korean-American identity to its advantage to further build a sense of mystery around Ben. Whether or not this paves the way for a new direction, Yeun stands strong as one not afraid to find layered roles dependent on identity.

Burning is a subtle drama that reveals a mystery worth exploring. Thanks to a strong sense of mood and mature performances from a cast on the younger side, there is a fascination to be found in this film. While not the quickest of watches, the deliberate pacing does an excellent job of carefully laying out what an audience needs to know, before executing its thematic ambitions by way of low-key thrills. That’s enough to add some sizzle to Burning’s journey and ultimate payoff. 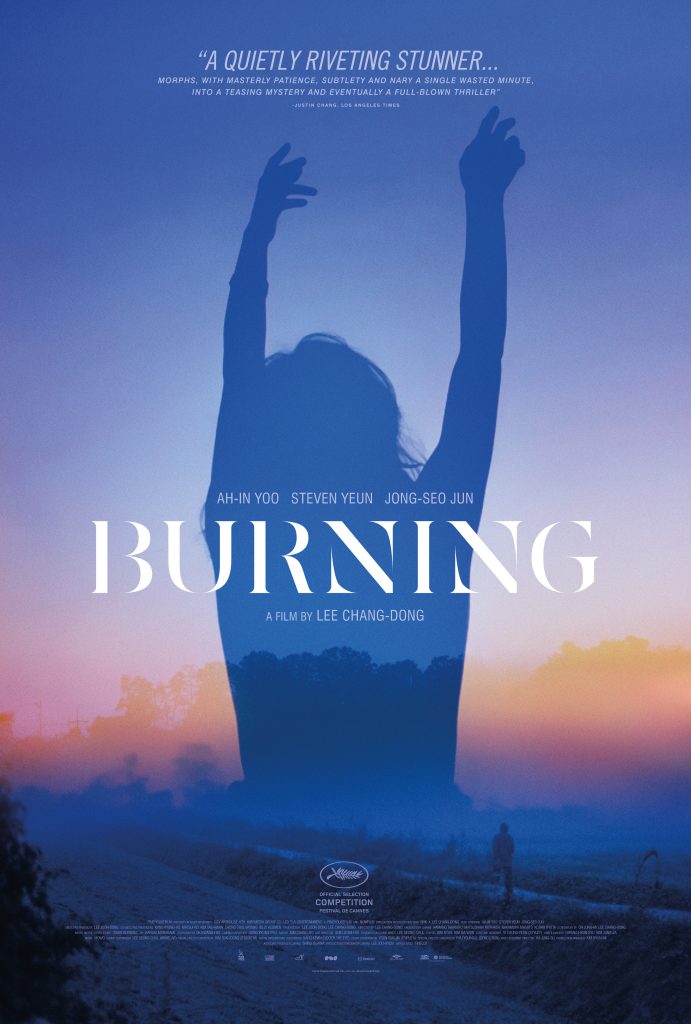