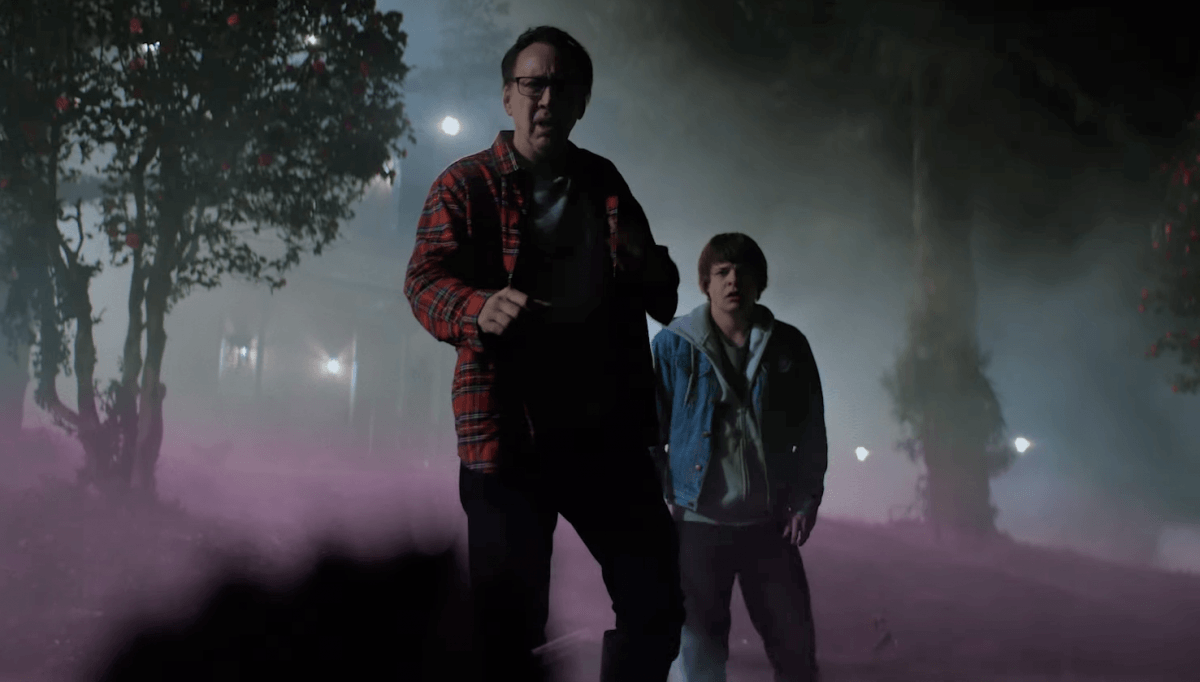 Take a rural family, and throw a meteorite at them. That’s the setup for Color Out of Space, an adaptation of a short H.P. Lovecraft story that does its best to bring the weird and grotesque ideas of a gnarly B-movie into a quaint, modern vision of family. Really, any movie taking its time to trade off moments of Nicolas Cage drinking alpaca milk and blasting alien creatures away with a shotgun should have the attention of those stumbling into the corner of a genre shelf holding onto a movie like this. Fortunately, director Richard Stanley has a strong enough control over the material to meld the psychedelic and the focus towards despair appropriately.

The opening minutes of Color Out of Space introduces us to a seemingly ordinary family unit. We have Cage as Nathan Gardner, a well-meaning dad who moved his family out of the city and into the country, hoping to become a great farmer and alpaca herder. Joely Richardson is the matriarch, Theresa, recovering from a recent bout with cancer. Madeleine Arthur is Livinia, the typical rebellious teenage daughter who, in this case, has aspirations of becoming a Wiccan. Brendan Meyer is the younger son with an eye for the herb. And there’s young Jack (Julian Hilliard), who’s too young to be up to anything.

Once the meteorite crashes, the glowing orb (some blend of purple and pink, but unlike anything Nathan has ever seen before) infects the water supply, which in turn has an effect on not only the crops but the family as a whole. A different movie would be reductive in how it narrows down family members and tries to capitalize best on its gore factor. Make no mistake, Color Out of Space does find time for extremely close encounters. Still, there’s a focus on the characters, their predicament, and the building of dread that really helps the movie’s descent into madness. 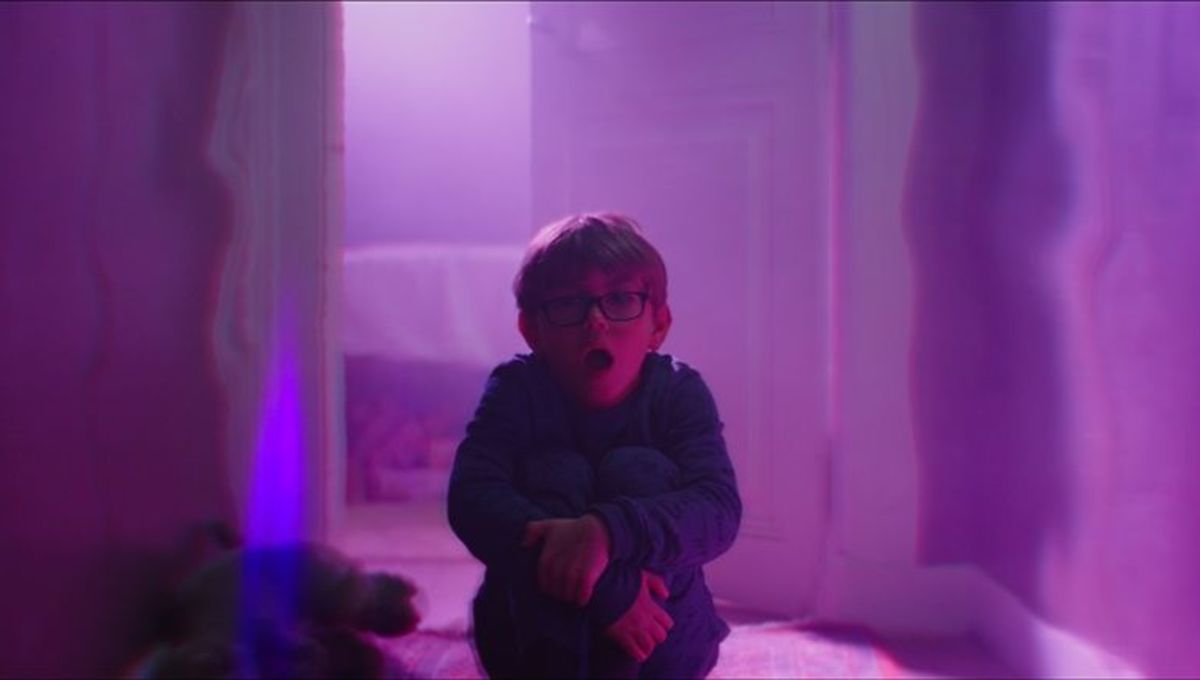 Part of what works is how little writers Stanley and Scarlett Amaris are trying to trick the audience. A movie like this knows the audience is waiting for disaster to strike. A moment early on, where a character is slicing up vegetables at a rapid pace, has an inevitable outcome that is presented with all the tension needed, as well as a darkly humorous reaction. That’s merely an appetizer for what’s to come. Thanks to the mix of practical and CG effects work, Color Out of Space not only anticipates the audience’s appetite for a Lovecraftian flick that knows how to get weird but finds grand ways of satiating those desires.

Not hurting at all is how quirky the film manages to be. With some of the same production team involved with Mandy, Cage seems right at home here. This time around, he’s channeling dorky dad energy into his performance, which serves as a great launching pad for his rage to take over later on in the film. It’s merely a dose of full-on crazy Cage, but it works.

Still, before even getting to a full out-of-this-world takeover, the whole family works as a group of people who love each other, yet still have to deal with some extraordinary developments. There’re the alpacas to contend with, kids who enjoy reading the Necronomicon, and Tommy Chong playing a hippie living in a makeshift cabin on the Gardner’s land.

Of course, the second hour is back with some bizarre turns of events as well. Whether this has to do with the barn discoveries made by brother and sister, or the ultimate bond that develops between a mother and her younger son, capturing the tone of Lovecraft’s work has gone over quite well. I tend to be hit or miss on this level of psychedelic horror. Still, there’s a literal colorful approach here that had me caring about the people being affected, even as things grew more abstract.

Color me impressed by Stanley as well. The director was notoriously fired from the doomed 90s adaptation of The Island of Doctor Moreau but has come back from years of low-profile work to show just how adept he is at harnessing the power of Cage for the better. Even with a low budget and material from a writer often described as “unfilmable” (though films such as In the Mouth of Madness and Re-Animator can clearly say otherwise), Stanley has done a fine job walking the line between campy fun and nightmarish anxiety. He’s also equipped with a team that delivers a vibrant feature, doing well to play into the dazzling visuals created by this external threat.

There’s a lot to like here for fans of an oddball sci-fi experience. Color Out of Space has a surprising level of nuance for a film an audience knows is going to burst out with insanity at some point. However, whether it’s before or after the point of no return, the level of respect for the Lovecraftian personality of the story is held intact. Cage leads a solid cast of characters willing to go weird, with Stanley taking on the director’s chair and bringing a good sense of flair. In a year that’s already snuck in a Cthulhu for audiences to witness, Color Out of Space continues to set up the decade for the better when speaking for off the wall horror flicks. 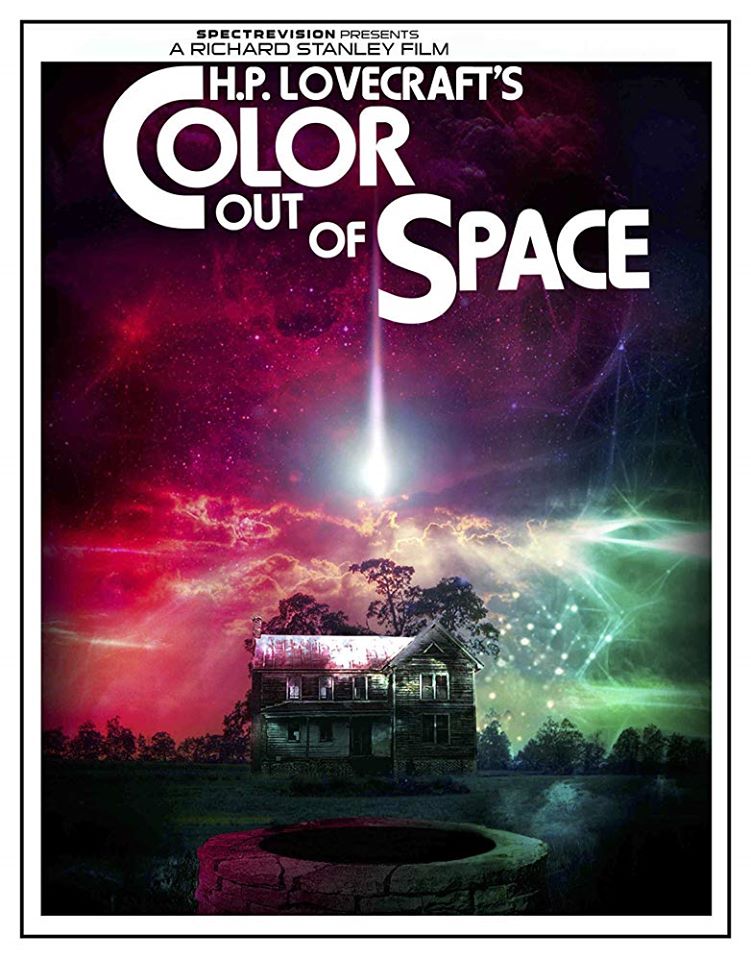 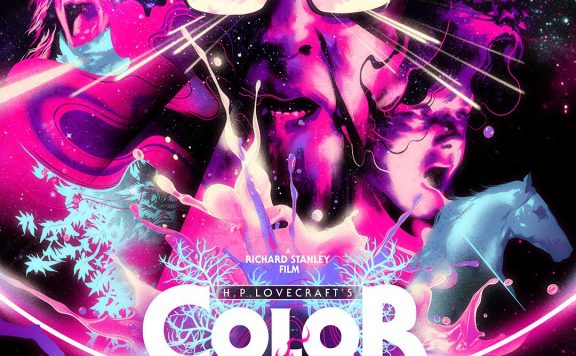