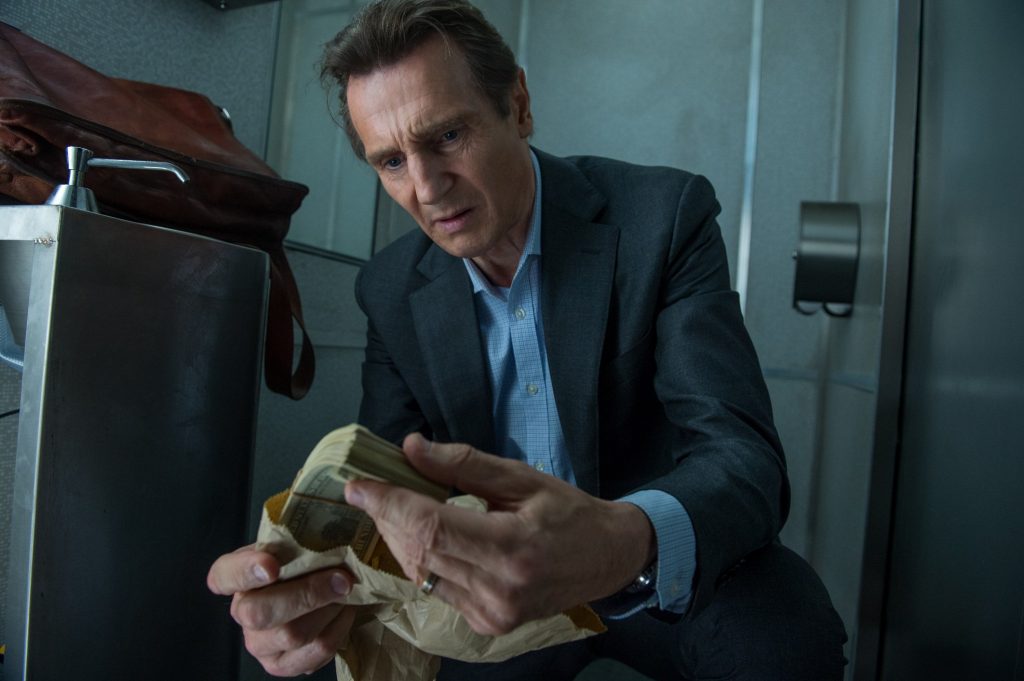 Director Jaume Collet-Serra deserves a lot of credit for continuing to make Liam Neeson a viable source of thrilling entertainment. While Taken ushered the acclaimed actor into action-movie stardom, it is not those sequels that did much good for him afterward. It has been these Hitchcock-lite mysteries including Unknown, Non-Stop and now The Commuter, which has continually made Neeson a strong presence amidst an absurd situation, give or take something strong and primal like The Grey. With The Commuter, however, a crucial part of its success lies in just how well this director-star duo works together in making a ludicrous story have some credibility.

Neeson stars in the film as Michael MacCauley, an ex-cop who has been working in insurance for the past ten years. The film receives a wonderful opening that sets up Michael as a train commuter by way of showing a series of rapidly shifting, repeated scenes of different days depicting the 9 to 5 commute into the city. On the day this film revolves around, Michael is fired from his job and later put into a bizarre position. A femme fatale-type, played by Vera Farmiga, offers Michael $100,00 if he spends his commute home looking for a specific passenger with minimal information to go on. Michael doesn’t quite say yes to this proposition, but he does not quite say no either, which is why he is eventually threatened to complete his task or else his family will suffer.

I mentioned Hitchcock, and it is interesting to see his name come up with these sorts of thrillers, particularly ones set on trains. While not everyone is making films on the level of the Master of Suspense, I could certainly see movies like Source Code and this latest train thriller getting his nod of approval. The combination of close quarter locations, an everyman, and a pulpy plot filled with specific character types just fits his sort of sensibilities. The key to making it work is holding onto a level of authenticity.

That’s where Neeson comes in. For all the elaborate visual work that Collet-Serra brings to his films, he has his 6’ 4” muse right there to ground it all. What’s great is how Neeson doesn’t phone these roles in, which he easily could. He brings a strong commitment to these parts, which genuinely helps sell the idea of an intelligent, but everyday man being put into a relatable position of being an older guy with money problem and a family to think about, which launches him into this plot. Once arriving at situations where he has to fight his way through a train car or attempt to escape and then jump back on a moving train, it is the level of professionalism Neeson brings that makes a movie like this watchable and worthy of the audience’s attention.

Now, this film is in no way perfect or even the best of the Neeson/Collet-Serra collaborations (that would be Non-Stop). After some peak moments at the end of the second act, The Commuter ends up being a bit longer than it needs to be for the sake of an extended finale involving action, some wobbly visual effects, and a character reveal that feels a bit too obvious. That in mind, the film is never uninteresting and that comes from the way it twists and turns to keep things fresh enough while holding back from having too much gratuitous action; favoring character moments instead.

Collet-Serra and his team do revel in getting a chance to play around, however. One elaborate set-piece finds Neeson and an opponent fighting in an elaborately staged sequence that is made to appear as an unbroken shot involving all sorts of improvised weapons and fun uses of the train car location. It’s silly, and a particular weapon feels like a wildly over-the-top decision, but it’s also fun. 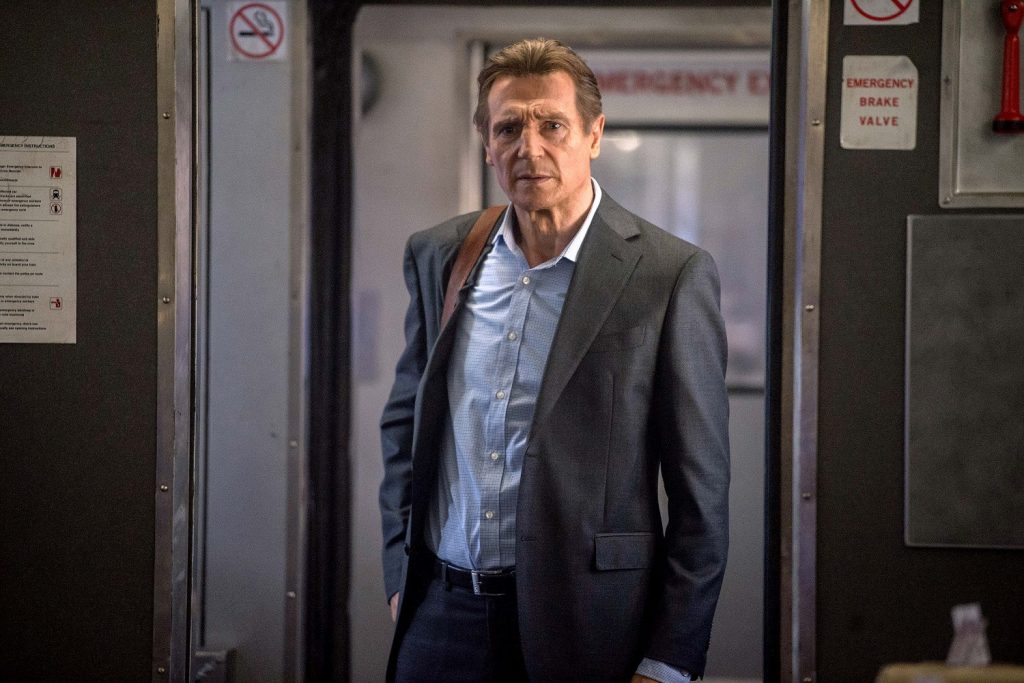 There’s also the benefit of a solid supporting cast. Farmiga does what she needs to in her little amount of time on screen. Patrick Wilson is fine as Michael’s ex-partner offering advice when he can. Sam Neill is utterly wasted as a gruff police captain, but the film makes up for it by giving us Breaking Bad/Better Call Saul’s Jonathan Banks as a fellow commuter. Some of the other train passengers go way overboard with their performances, but it somewhat fits the tone of the film. I can only give them so much grief, however, because it’s the screenplay that saddles them with so much on-the-nose dialogue.

The Commuter is an efficient thriller. It gets another solid Neeson performance out there for audiences to enjoy thanks to his commitment to doing his job well, as opposed to resting on his old man action laurels. The story is silly but has what it needs to be convincing enough for the sake of holding one’s attention. Perhaps making the film a bit tighter would have elevated it to a higher level of B-movie Hitchcockian suspense action-dramas, but as it stands, you can take a ride with this commuter and enjoy it.