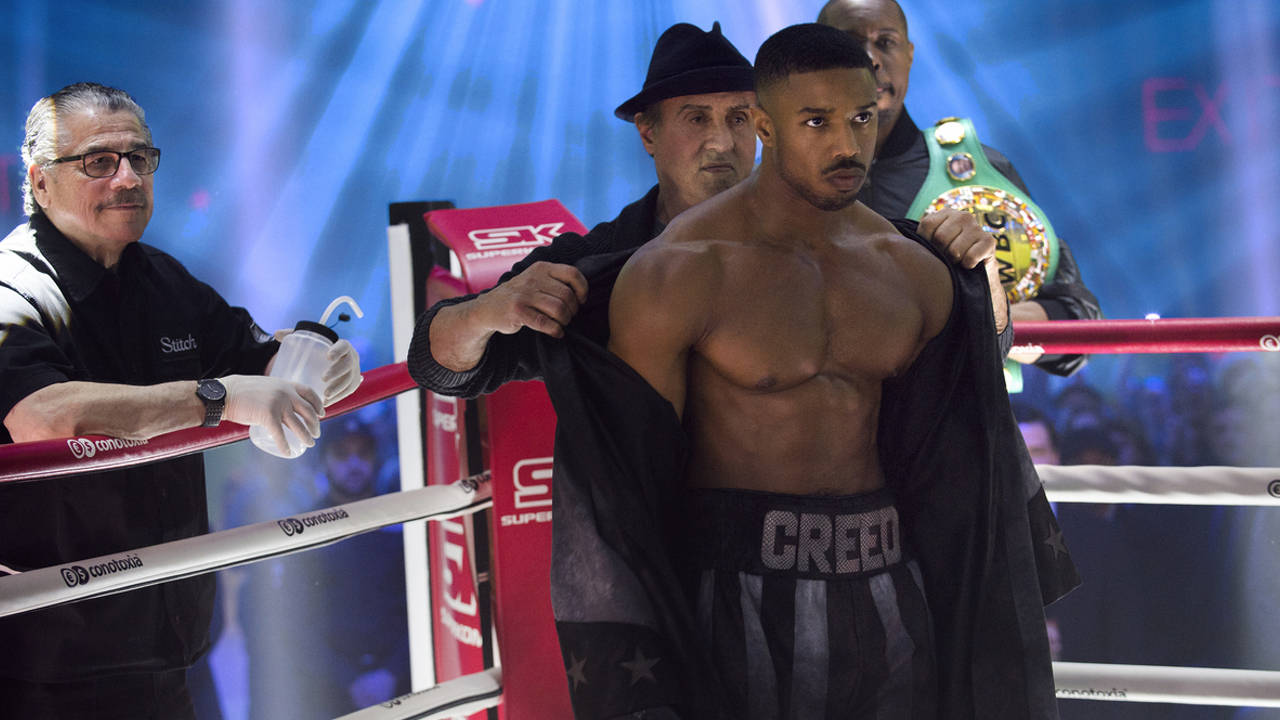 Legacy and Bad Blood Do Battle in ‘Creed II’

Creed was precisely what the Rocky franchise needed back three years ago. The boxing saga, headlined by Sylvester Stallone, had been constantly challenged by over four inconsistent decades. However, the 2015 spiritual successor emerged triumphant. Creed ultimately revitalized the 40-year-old series for audiences not around for the title reigns of the Italian Stallion and Apollo Creed. Creed II furthers that legacy, digging up some old bad blood circa 1985.

Since losing by split decision in the previous installment, Apollo Creed’s son Donnie (Michael B. Jordan) has carved out a name for himself in the sport, building his own legacy. In the opening fight of Creed II, Donnie secures the WBC World Heavyweight Championship. He’s reached the top of the mountain both personally and professionally. Creed’s success brings disgraced Russian boxer Ivan Drago (Dolph Lundgren) back in the limelight. Back in Rocky IV, Drago murdered Donnie’s father in the ring, only to be defeated and humiliated by Rocky in the film’s climax. Drago’s son, Viktor (Florian Munteanu) lays down the gauntlet, challenging the young Creed 33 years after original fight.

While Creed spent most of its two hours on Donnie’s desire to become his own man, the sequel unpacks all of the narrative meat set up a few years ago. It’s an new era in Donnie’s life. No longer does he have to win Rocky over. Rocky’s already in his corner, for better or worse as is his singer girlfriend, Bianca (Tessa Thompson). Creed II still examines the concept of bruised egos and legacy, framed from a payback perspective. It’s more personal in this second round, fixing the generic adversary problem from the first film. While “Pretty” Ricky Conlan (Anthony Bellew) was an adequate foe in Creed, he was just another face in the circuit. Drago’s re-emergence is main event material, playing the nostalgia card and as the most riveting Rocky rivalry since the 1985 fight. Creed II’s testosterone-fueled climax demands an immediate visit to the gym. Rounds with a punching bag would also be acceptable.

After 42 years and eight films in, it’s almost sacrilegious for the franchise to break from formula. Even if you’ve only seen one Rocky film, the beats are fairly obvious. Creed II works those moments like any other chapter, albeit more grounded than some of the campy 80s installments. Donnie goes to war with his demons, even coming to verbal blows with Balboa midway through the film. Even if we know how it’ll play out, the chemistry between Jordan and Stallone remains on point. Creed II is a pivotal film for Jordan, who’s taken full reins as the future of the franchise. We’re no longer in bridge film territory, requiring him to carry even greater emotional weight. Jordan’s created a formidable presence this year, first with Black Panther and now in Creed II.

In a sense, Creed II is Rocky IV for a new generation. Though director Steven Caple Jr. (taking over for Black Panther’s Ryan Coogler) keeps the tone more consistent with contemporary chapters. There’s no longer a Cold War backdrop, pitting the clean-cut American hero against the baddie Soviet. 80s montage anthems like “Living in America” or “Hearts on Fire” are tonally absent as well. Even the silent, but deadly Drago is treated with more complexity than his father decades ago. The screenplay by Stallone and Juel Taylor aims for a more gray area when it comes to both competitors. Familial subplots do stretch out the 130-minute run time, adding to Donnie’s personal conflict outside the ring. While the heavy hitting narrative in more evident in this second round, Caple Jr. doesn’t quite cross into that stigmatic sequelitis ground.

Predominantly as confident as its predecessor, Creed II fought with more prowess and pride than what we’re accustomed to or deserve in an eighth installment. If Stallone chooses to send Rocky into the sunset, the legacy of the franchise remains strong through Jordan and company.

Review: ‘Creed II’ Gets Personal in the Ring with a Second Victory for Jordan