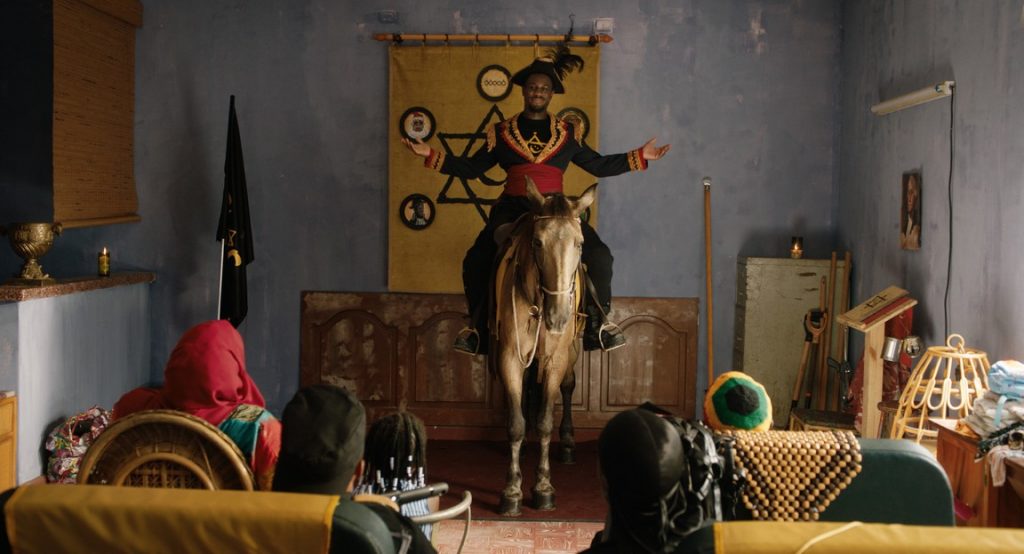 With various troubling things affecting American daily, it’s easy to forget how much of it is of our own doing. Okay, perhaps it’s not forgotten, but with so much time spent on pointing fingers and letting out anger on various sides of the aisle, some things still manage to slip by. The Day Shall Come is a film intent on providing a skewed take on the madcap ways the government is looking at potential threats. It’s another satire from writer/director Chris Morris. He has finally delivered another film, following 2010’s hilarious Four Lions, which focused on radicalized British Muslims aspiring to be suicide bombers. The Day Shall Come is not quite as hard-edged as his previous feature, but there is still a good amount of fun to go with the messaging seen this time around.

Set in Miami, the film follows two groups. Living in the projects, Moses Al Shabaz (Marchant Davis, a fantastic find) is the impoverished leader of a small militant group with a goal to stop further gentrification. Serving as a preacher of sorts, Moses broadcasts his sermons on Facebook Live, promoting self-empowerment, among other things. However, he’s almost a one-man-army, with a few followers, as well as a wife (Danielle Brooks), and young daughter. He’s not much of an actual threat, so much as he is a farmer and part-time hustler working for the greater good.

But where would be the fun without some extra encouragement for Moses to fuel his revolutionary dreams? Fortunately, the FBI is willing to help. Having been monitoring the Facebook Live posts, FBI operative Kendra Glack (Anna Kendrick) puts together a plot to arrest Moses by funding his supposedly terrorist organization and eventually trapping him in the process. However, is Moses really some needing a push to become dangerous? 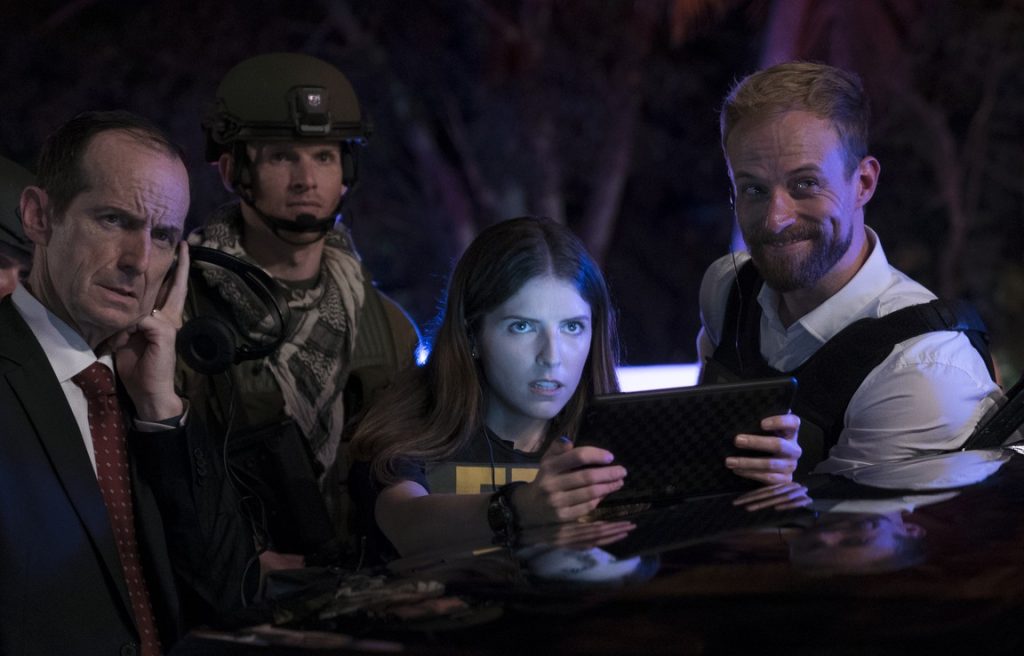 Ultimately, it doesn’t matter. The Day Shall Come builds itself to a point where an audience can see how injustice ultimately prevails because it’s easier than admitting mistakes, let alone putting in the effort to go after the real threats. Taking a step back from the comedy that comes through in this intelligent screenplay from Morris and Jesse Armstrong, there is a level of sadness to take from what is clearly an infuriating situation. Given how the film opens with the line, “Based on hundreds of true stories,” this film would be downright depressing if the story built around it wasn’t so zany.

When dealing with Moses, his supporters, and his cause, the film gets a lot out of how inherently likable the man is. Regardless of how fruitful Moses has been in rallying together troops, the ridiculous philosophies matched with his naivety make him an enjoyable character to watch. His interactions with his wife, Venus, and the men committed to following him shine as antic-friendly sequences that could exist in their own film dealing with the struggles of a poor man trying to keep a roof over his family’s head.

That said, bringing in the government to launch an operation only raises the comedic stakes of what is taking place. To trap Moses and his crew, there’s a reliance on a shopkeeper (Kayvan Novak), who is under the FBI’s thumb for other reasons, as well undercovers, including Jim Gaffigan posing as a neo-Nazi. The various moments featuring the negotiation of weapons and bombs serve as hilarious bits thanks to the understanding that none of these things are actually going to end up hurting anyone. However, there’s still the matter of watching Moses get setup for the sake of being taken down hard. 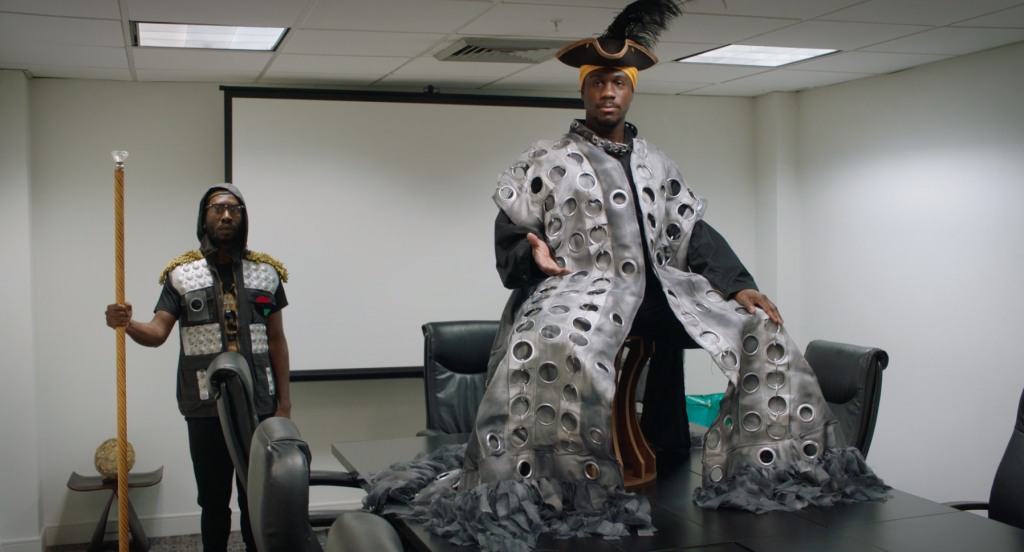 Watching this from the FBI’s perspective proves to be as maddening as it is funny. While the ideals of some of these people may have started in the right place, those we follow are seemingly in these positions for the sake of covering up their wrongs, and ideally getting promoted.

Kendrick makes for a fitting choice as a pivotal operative to follow, as there’s a sense of idealism stemming from her persona, even if, in the end, it’s all about climbing the latter as opposed to making a difference for her country. This doesn’t stop the film from commenting on her status as a female amidst those around her either, but given the connection the filmmakers have to Four Lions, In the Loop, and Veep, there’s plenty to appreciate as far as the insulting dialogue traded between characters.

That’s a great way to bring up Denis O’Hare, who is a lot of fun as the FBI boss in Miami. Everything he does amounts to attempting to look good for Washington. He has many great lines designed to either put down those around him or challenge those asking questions. Even his physical presence allows for many laughs, whether it is watching him become exacerbated or something more layered, such as a great gag involving a cup of coffee. 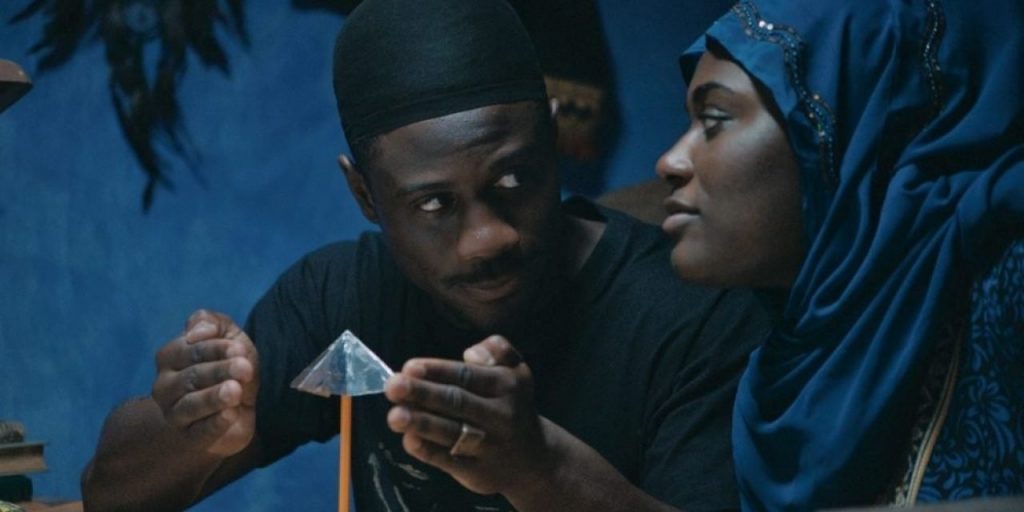 With a game cast nailing the rhythms demanded by the script, hearing the zippy dialogue tossed around allows for a comforting sense Morris is undoubtedly after. While it is easy to recognize the misuse of resources, among other issues, taking place, balancing the humor between the various groups of characters makes for a fine way to step back from the implications and laugh at the absurdity of it all. Not too dissimilar from Four Lions, it is only by the end that we see just how far things go and what roads are too hard to cross back over.

If anything, having a somewhat abridged ending that comes after a tense and humorous climax makes sense. There’s something about the film smash cutting to the end results that feel ideally designed to make the audience consider what they watched. At the same time, getting the flow of a film like this exactly right can be tricky. I feel Morris pulled it off well enough, but there is the sense that taking on a satire concerning Homeland Security had fewer avenues to make it feel as overall rewards as some of his other work in this territory.

Regardless, The Day Shall Come has plenty going for it. The humor is sharp when it needs to be, several memorable moments come through quite well, and the cast is terrific all around. It’s the sort of bold film that speaks to some interesting concerns. That it doesn’t cut as deep as it could is not too alarming though, as there is still plenty of witty banter to enjoy. 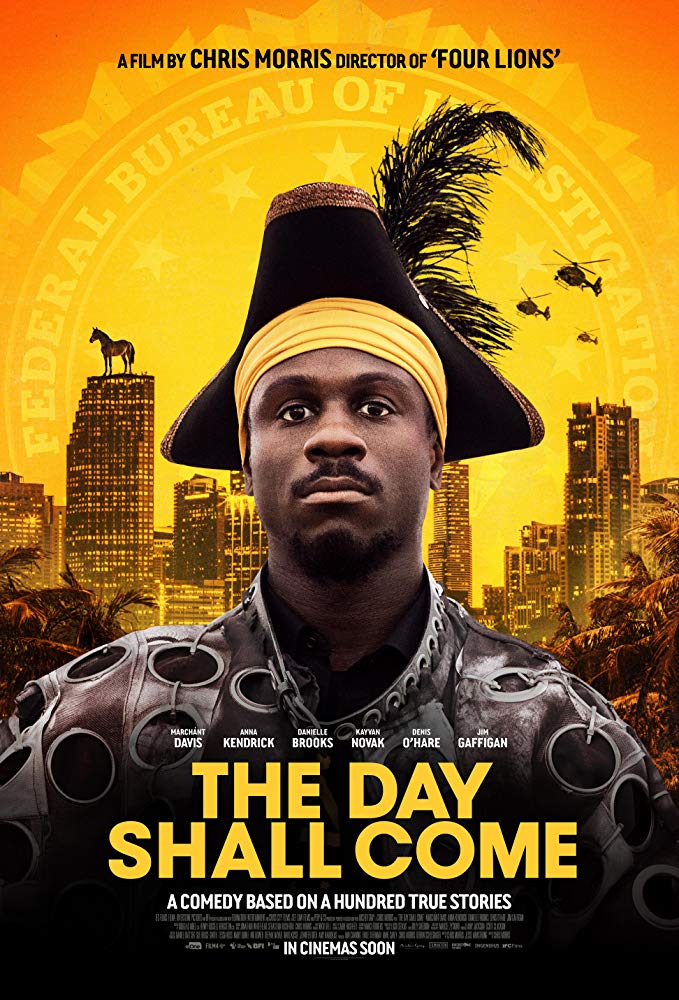