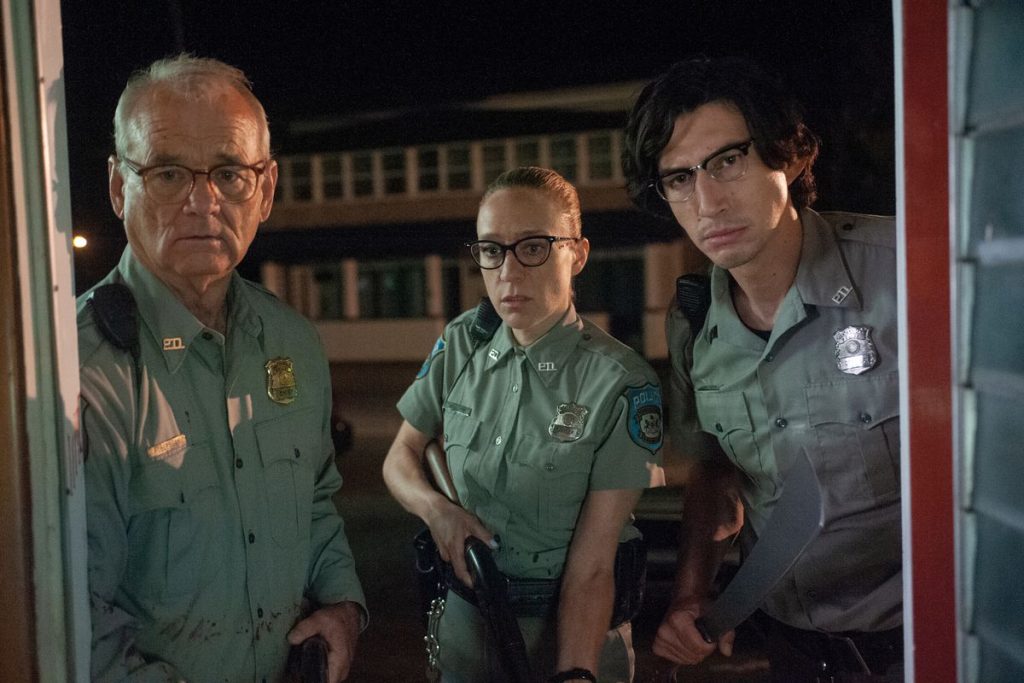 For all the talk of Jim Jarmusch as a pioneer of independent cinema, there’s a lot of fun to be had in speaking about the acclaimed director as a capable genre filmmaker. The Dead Don’t Die finds Jarmusch in a humorous mood, while bringing audiences a star-studded zombie movie. This follows other genre forays including a vampire film (Only Lovers Left Alive), a samurai flick (Ghost Dog: The Way of the Samurai), a western (Dead Man), and the story of an assassin (The Limits of Control). Placing a distinct stamp on all of these indeed maintains the proto-hipster persona he’s had a hold on, but these films also show how much of a movie geek he is, and what levels he’ll go to for the sake of casting a bunch of talented folks in his brand of monster movie or what have you.

This time around, Jarmusch’s story concerns the end of the world, as the dead come back to life. The reasoning stems from “polar fracking” that has altered the Earth’s rotation. Set in the small town of Centerville, we see these drastic changes from the perspective of many. This includes Bill Murray, Adam Driver, and Chloe Sevigny as the local law enforcement, Steve Buscemi as a racist farmer, Danny Glover and Caleb Landry Jones as local shop owners, RZA as a delivery man, Tilda Swinton as an eccentric mortician, and Tom Waits as Hermit Bob, among others.

Whatever thoughts there may be on this film, it feels like Jarmusch set aside a lot of pretensions for the sake of going big with his wild zombie comedy.  Or does he? Yes, The Dead Don’t Die is perhaps the most mainstream Jarmusch film yet (though Broken Flowers was a hit by riding off the “Bill Murray goes sad” success train), but it’s not as though the film is any closer in spirit to Zombieland over Mystery Train. With a relaxed pace, (literal) deadpan humor, an odd tone that’s sure to be divisive, and an eye on social and meta-commentary, all the hallmarks of a Jarmusch feature are undoubtedly intact. 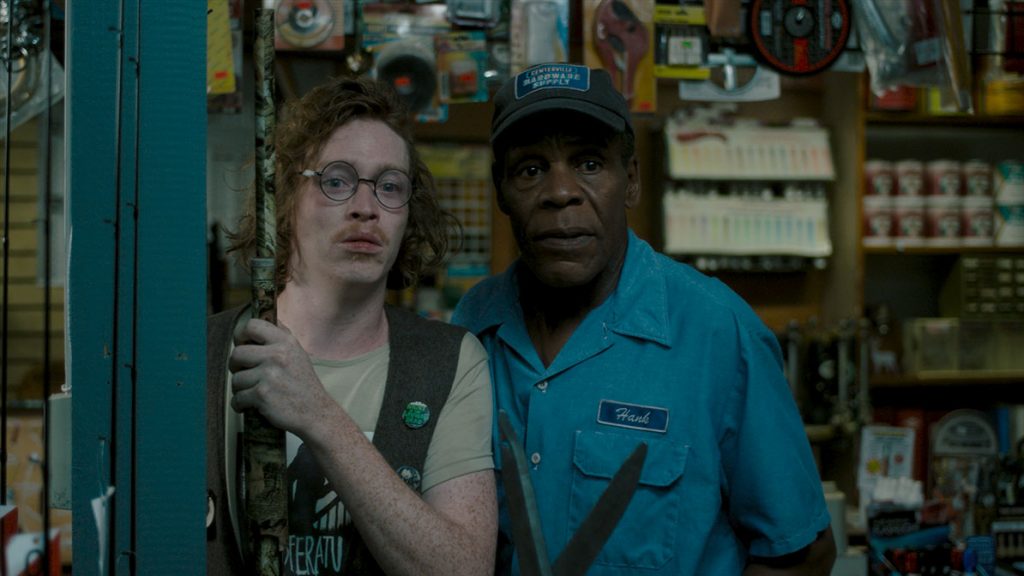 Does that make the movie any good? Well, it depends how close an audience is to the wavelength this film is operating on. On the one hand, it’s hilarious. There’s a pretty specific kind of comedy at play, with a reliance on running gags in the form of repeated dialogue, as opposed to zany zombie antics. However, there is a good amount of physical comedy and sight gags, suggesting that Jarmusch is very in on just how ridiculous this whole premise is.

I can imagine Jarmusch being less concerned with how much the elements of this film come from places within his poetic soul, and being more focused on letting loose a bit, after a few movies examining the preciousness of life. What better way to do so than by delivering a comedy about undead corpses walking the earth?

If anything, a lot of this film speaks to what he’s able to get actors to do when they drop a lot of their theatricality in favor of something more straightforward or more off-key. There are some exceptions, not Waits’ Hermit Bob, of course, because that’s what I expect from him, but Swinton, for example, gets to have the film’s most lively performance as an otherworldly presence who addresses everyone by full name and title in a Scottish accent, while wielding a samurai sword to dispatch the dead. Sevigny plays against type as a character who is weak-willed and not so easy to accept the idea of zombies. 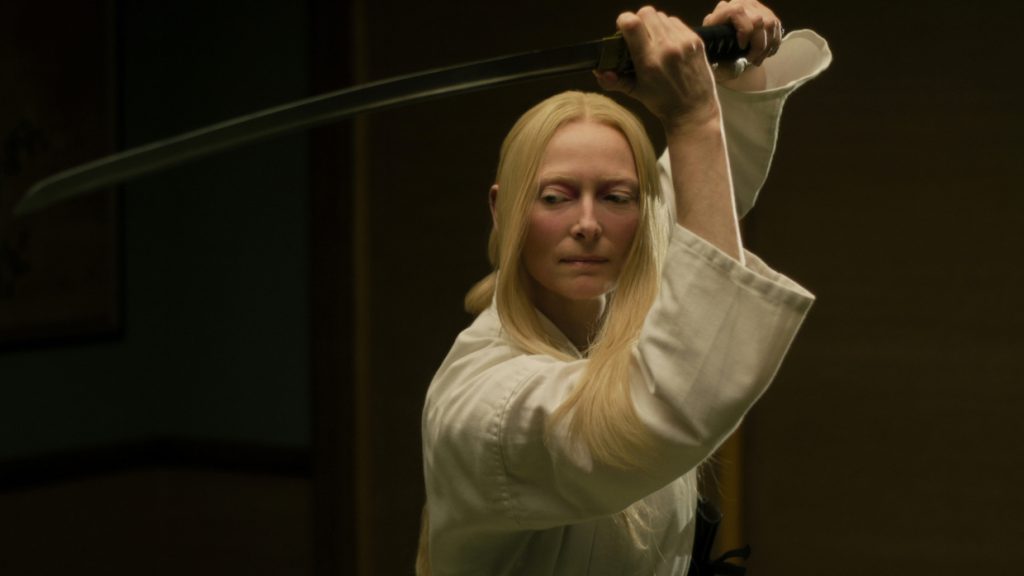 Much of the rest of the cast, however, is into being as dry as possible, whether it’s Driver’s openly pessimistic Officer Peterson or Selena Gomez, who leads a trio of hipster youths arriving into town at the wrong time. Not that this isn’t its own form of acting, but there’s certainly a heightened sensibility that leans towards the opposite direction when it comes to this genre. Fittingly enough, Murray brings the most gravitas and grounded perspective by casting doubt on the potential of zombies, only to begrudgingly accept it, followed by expressing irritation at the whole concept, to begin with.

However personal a film this may be for Jarmusch, he does bring in the elements of zombie cinema that are the most interesting to him. This is not a film that wants to pay tribute to elaborate gore effects inspired by Tom Savini or Greg Nicotero, as the zombies hardly bleed (the mostly release black dust) and there’s only one genuinely violent sequence that emphasizes the menace. Instead, a lot of focus is on paying homage to George A. Romero’s original Night of the Living Dead, with some nods to White Zombie and Return of the Living Dead, among others.

From character choices, to cars, to camera shots, there’s a lot any Romero fan can pick up on in terms of Jarmusch letting his fandom for the godfather of the zombie movie run wild. That in mind, he’s also indebted to the Pittsburg horror icon by adding various forms of commentary into the mix. As with many films of this genre, the ones that stand highest are the films that combine the grotesque violence with deeper issues. 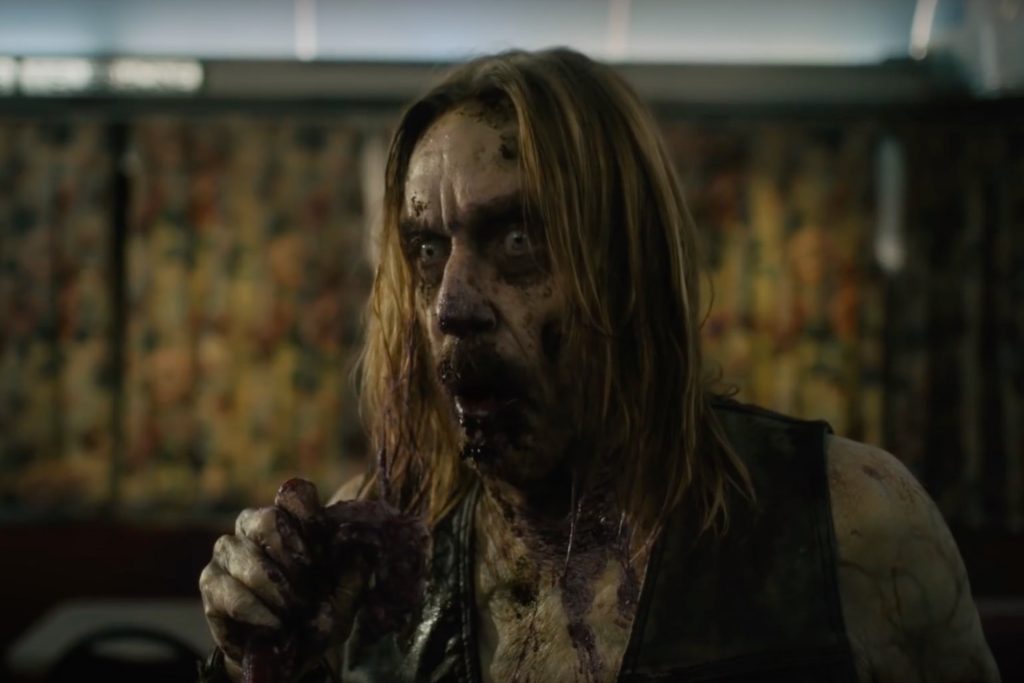 With The Dead Don’t Die, regardless of how effective it may be (I still think the film is something of an elaborate lark), Jarmusch does set his sights on modern America’s negligence when it comes to climate change; letting technology and social media trump other interactions; and some other ideas that all come into clear focus when looking at Steve Buscemi’s red hat. Jarmusch even allows things to become extra meta, as the film reaches fourth wall-breaking points that are sure to divide audiences even further.

It would be easy to see these ideas as half-baked to some degree, though I’m not sure how much insight about modern society is needed to dissect it. The underlying themes in mind aren’t all that involved as far as teaching some big lesson, and, after all, this is a star-studded zombie movie full of deadpan humor. Sometimes it’s easier just to let the zombies do all the thinking, as their minds are typically only on one thing (though, in this film, we hear the utterance of “coffee” and “Chardonnay,” but never “brains”). Here it’s more fun to think about the level of focus needed to build elaborate jokes around a constantly played alternative country single by Sturgill Simpson, as opposed to the ruminations of Hermit Bob.

The Dead Don’t Die will not be for everyone, though zombie movies already sit as a pretty niche genre. I had my fun with it. If I mark Jarmusch as a filmmaker who is continuously of interest to me for pressing onward with his idiosyncratic style, the idea of him adding an entry into one of my favorite horror sub-genres was always an intriguing prospect. The actual result feels like a nice sidestep from more personal projects, but I was entertained nonetheless. With a cavalcade of actors all popping in to add something to the proceedings, there’s enough that lands to show how much Jarmusch’s collaborators seem to get him. That works plenty for me, as I’m happy watching zombie Iggy Pop zombie drag his way towards a fresh pot of coffee amid a quirky apocalypse. 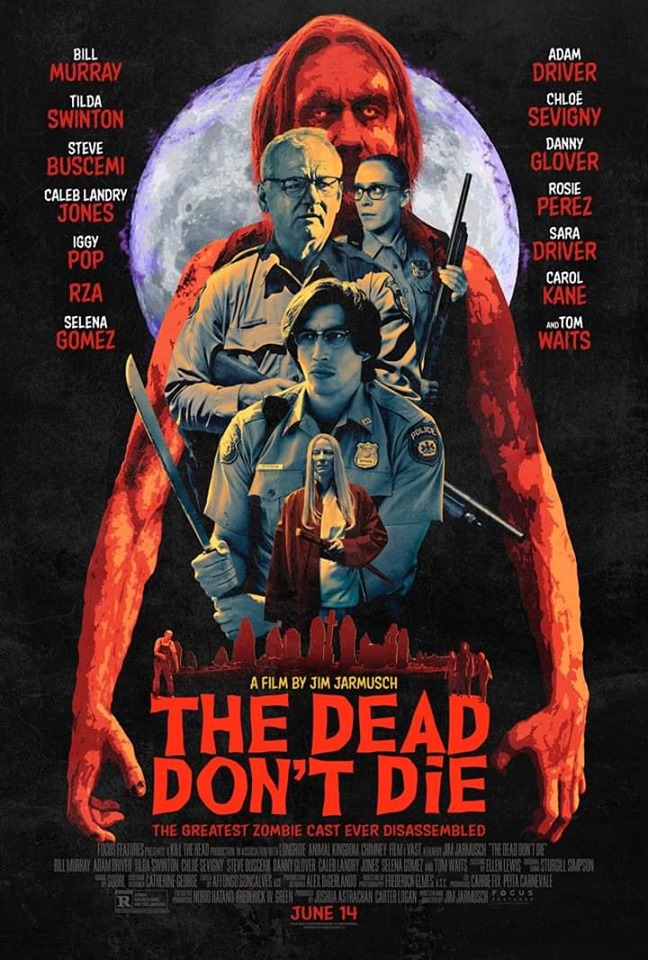