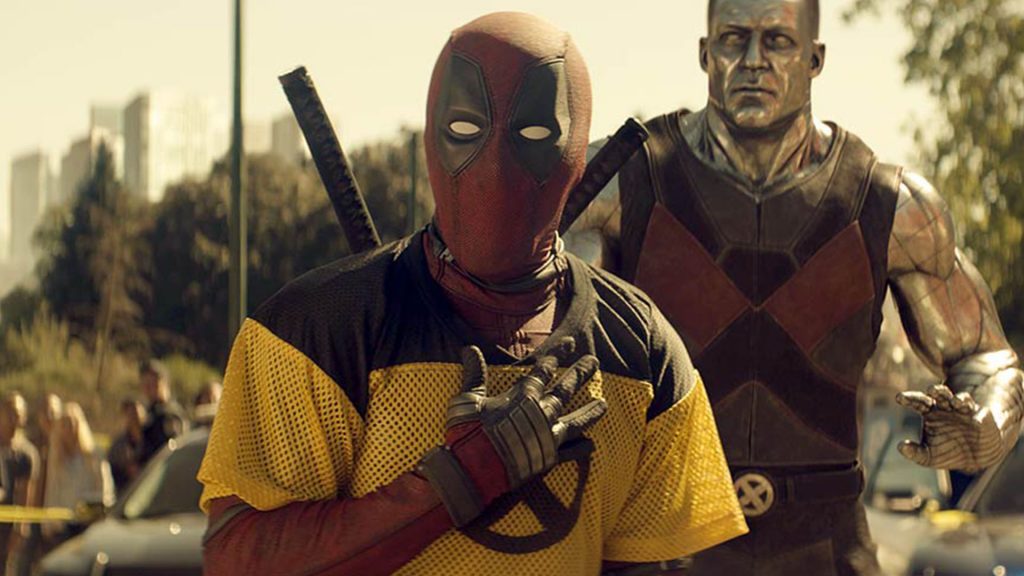 With the Marvel Cinematic Universe currently paving the way for mainstream superhero cinema, it stands to reason that audiences could use Deadpool 2 as a reminder that stakes, budget, and even heroic sensibilities don’t need to be all that high. However, the sort of subversive desire that I could get from a 4th-wall breaking anti-hero continues to be held at somewhat of a distance. While this sequel improves upon 2016’s Deadpool in terms of style, scale, and direction, it’s the writing of the character and the universe in which he occupies that still feels like we’re scraping the surface of real satire.

Before Logan and the threat of various upcoming DC films that claim to have the intention of being as dark and explicit as they need to be to impress the fans that only know of particular eras of comics, Deadpool was a massive hit thanks to resembling something different from the norm. It was still an origin story that hit the same beats as most generic hero’s journeys, but it had some edge. The real difference was the irreverence. Fox made a movie that had audiences feeling like they were getting away with something in this R-rated superhero film, while the PG-13 supers destroyed densely populated cities while keeping the quips kid-friendly.

Deadpool 2 doubles down on pretty much everything that made the first a hit. This, fortunately, means the film is composed of more than an extended initial action scene, stretched out thanks to flashbacks, followed by an ending. Director David Leitch steps in for Tim Miller this time around, and the difference is clear. The film has a real cinematic flair full of striking imagery, neon lighting (presumably left over from Leitch’s 80s-set spy-action flick Atomic Blonde), and a lot more varied action. It’s the solid work of a director with a stunts background that allows for some great, dynamic action sequences (along with some heavily edited ones), as well as excellent control over delivering visual gags.

Gags come flying from all directions by the way. I’m not going to lay out any of my favorites, because that would do no good, but Deadpool 2 has no shortage of jokes, regardless of how hard they hit. In addition to starring as the titular Merc with a Mouth, Ryan Reynolds receives a co-writing credit along with Rhett Reese and Paul Wernick this time around. One could say that shows a sign of wanting lots of control (Reynolds has also been a producer on both films), but the excellence of the supporting cast suggests otherwise.

With minimal plot, it really is a film about Deadpool’s wacky antics and the people he gets to interact with. The story boils down to the mutant mercenary deciding to bring together some other random mutants to protect a young boy from harm dealt by the gruff, time-traveling mutant Cable (Josh Brolin). What we see, however, is an excuse to lay out an elaborate number of sketches that could play as a series of Deadpool comics brought to life. Some are more effective than others, particularly the portions during the middle of this film.

Those highlights of the film speak to one of the problems I found. Deadpool 2 takes a hard turn in its opening reel to establish some character-based stakes, which is all well and good. However, wading around with Wade Wilson means the film takes its time to get to the “good stuff.” As amused as I may have been by the easy targets hit early on (Deadpool 2 is happy to take the piss out of Avengers, the DC universe, and Reynolds’ career, among other things), it often felt like the film was stalling to ensure a deep character connection that just wasn’t necessary or impactful. 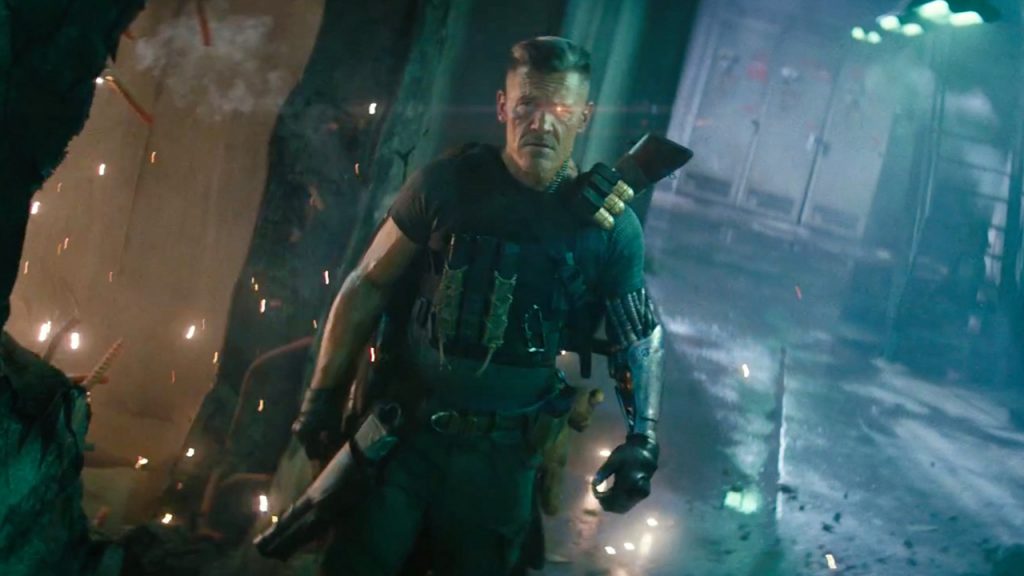 While I can appreciate an attempt to have Wade/Deadpool grow as a person and not just exist as pure id for fed up screenwriters that would enjoy a break from the norm, there’s not enough here for me to appreciate the character on a deeper level. At the same time, seeing how far this film is willing to go on a meta-comedy level is what I came for. So, as it stands, as good as Reynolds can be at flexing his dramatic muscles, the theme of what it is to create an offbeat family unit is only so interesting, having seen that handled in other superhero comedies. At the same time, not being the biggest fan of Reynolds-based non-stop one-liners, I also had trouble appreciating the build-up to the real fun this movie wants to have.

Now, with all of this in mind, the film succeeds overall for a reason. I mentioned the supporting cast already, and they indeed shine. Brolin gets a lot of comedic mileage out of playing a humorless, Terminator-like badass. It’s an excellent foil for Deadpool. Other significant additions include Atlanta’s Zazie Beetz as Domino, a mutant with the unusual power of being lucky, and Hunt for the Wilderpeople’s Julian Dennison as Russell, a self-described “plus-sized” mutant that studios don’t like making superheroes. These characters, along with the return of Colossus (Stefan Kapicic) and Negasonic Teenage Warhead (Brianna Hildebrand), make for a film that has plenty to work with when emphasizing the chaos of an X-Men-based universe not restricted by plots involving ultra-sad Wolverine or Magneto.

Upon reaching a point where the ensemble cast gets to work together, Deadpool 2 becomes everything it should be, a play on setting up cinematic universes by way of a Zucker brothers comedy. A large action sequence that can write off some obvious green screen moments as being part of the joke feels like the sort of wonderful spectacle one comes to see at a summer blockbuster, and it happens to be full of very violent comedy. There’s a reason the marketing has played up the X-Force element. Given how stupendously it delivers, even if I’m somewhat ambivalent to the charms of this sequel, I’m more looking forward to the sequel, spin-off, or whatever they do next, as opposed to the upcoming X-Men film that likely plans to kill Jean Grey again.

Mega fans of the first film need not worry. Deadpool 2 will easily deliver for those that felt the first entry was a real evolutionary step for the genre. I didn’t see it as such, and while this sequel is an improvement, it still mostly amounts to an elaborate series of gags that are mostly just fun in the moment. Leitch provides the film with some impressive visual flair, and the cast is assuredly game, but even with maximum effort and ambitions to be the most entertaining kind of obnoxious, not much stayed with me as I left the theater. 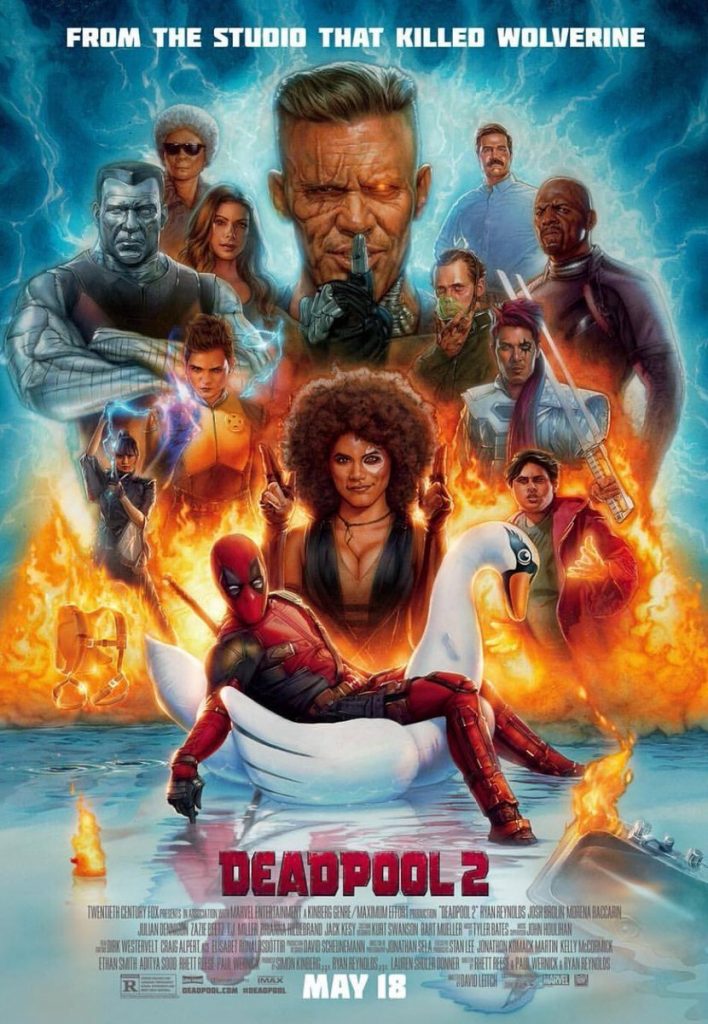