Thanksgiving Day. It is a time to gather with family and friends, enjoy good food and good company. It is also a day that seems to be ignored in the horror genre. Well, Director Brett Glassberg is serving up a huge helping of Thanksgiving horror for you with his film Derelicts. 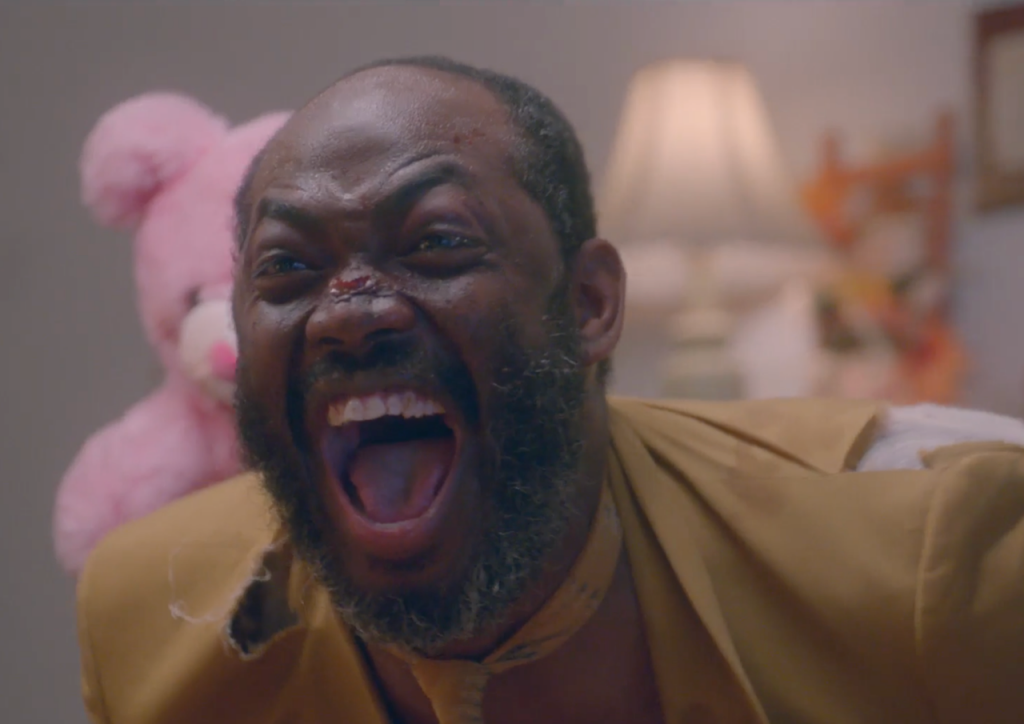 Derelicts takes place on Thanksgiving Day. We are introduced to a suburban dysfunctional family that is trying to have a cordial Thanksgiving dinner together. They soon get some uninvited guests when their home is invaded by a group of psychotic killers who are looking to have their own Thanksgiving fun. This group of ‘derelicts’ put the family through another level of hell and torture while also dealing with their own conflicts within their group. We watch how family secrets are revealed, blood is spilled and everyone is just trying to survive until dessert.

Derelicts is a modern day grindhouse horror film that is sure to satiate the pallet of fans of extreme horror. From the use of the retro style credits to the cast of colorful killers, all of it has that exploitation flare. The family is made up of your typical archetypes. There is the strained relationship between the husband Gregg and his wife Constance, played by David Lee hess and Kelly Dealyn. They really felt like a married couple with issues; genuine and not overplayed. The daughter Barbara, played by Emily Ammon, is a teen dealing with mom’s high expectations and a drug habit. Leslie is the younger brother and he has many issues. Then there is Grandpa with his overactive libido and his girlfriend. These two helped provide a bit of humor at the beginning of the film. This family definitely puts a capital “D” in dysfunctional. 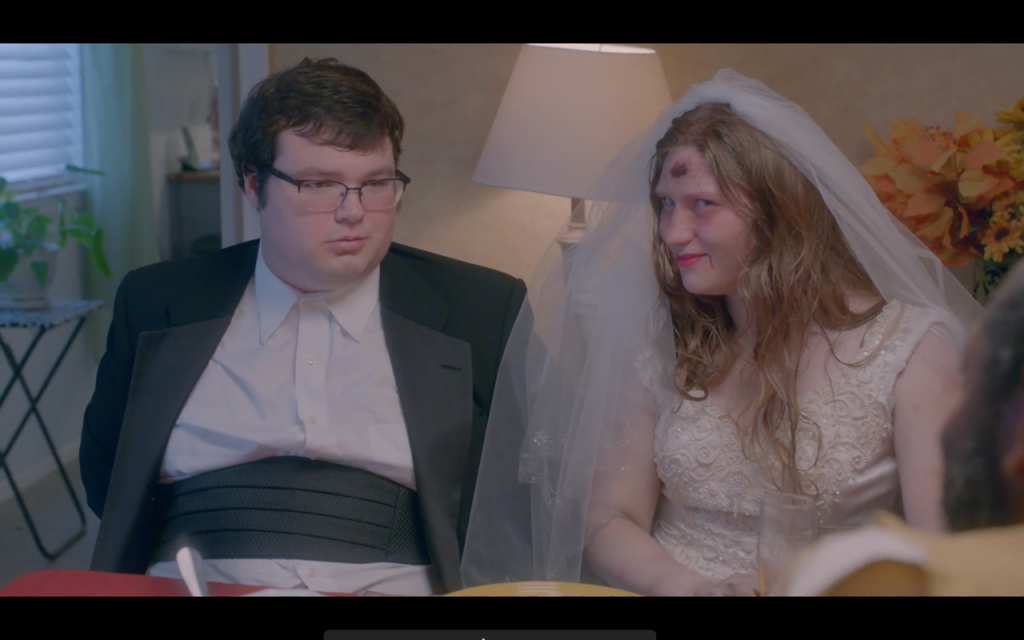 Next up is our group of psychopaths. Les Best plays the leader Cap. He is part Charles Manson, part Otis Driftwood and all kinds of crazy, but it is a controlled kind of crazy. Cap’s right hand man is Black Forrest, played by Sam Pleasant. Pleasant is wonderful in this roll. He has a devotion to Cap that seems to go just a bit deeper than being a follower. There is a scene between Cap and Forrest involving a necktie that I really enjoyed. It seemed to imply there may be a deeper devotion between these two. Clay Shirley’s Sal is the third member of the group. He is grimy, sleazy, and has sexual urges that he can’t keep in check. Bo is played by Kara Mellyn with just the right amount of insanity and the Mask Wearing Turk is like a feral animal that is treated more like an attack dog than a human. This is a slimy group that made me want to take a shower just looking at them. 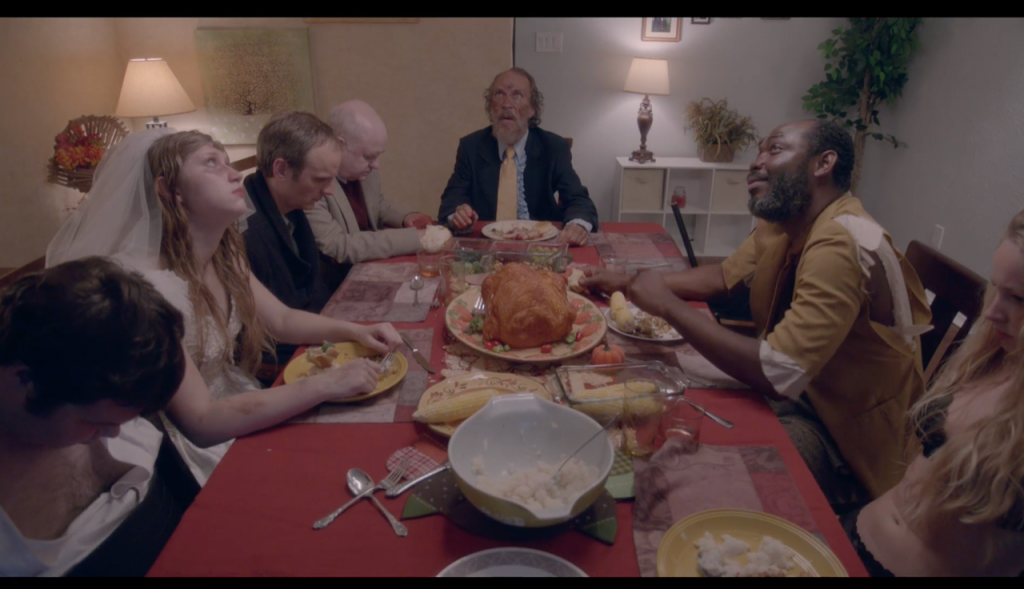 The script that Andrew Evrenos, Clay Shirley and Brett Glassberg put together is an interesting one. There are parallels in the internal relationships among the two groups, namely in their strained relationships. There is a fragile thread keeping Gregg and Constance together and similar fragility between Cap and Forrest. Both groups also have rebellious younger members who have a problem following orders. This elevated this story just a bit above your normal home invasion story. There are plenty of extreme torture scenes in this film, holding true to its grindhouse roots. As with these types of films there are a few instances of sexual assault. This is where the filmmakers seemed to break away from the standard exploitation. We do see the very beginning and the very end of the acts, but for the most part it doesn’t depict the full graphicness. There are plenty of gory practical effects and the music adds to the overall tension of the film while also giving it a retro quality.

Fans of grimy grindhouse horror will want to take a seat at the table and dig in to Derelicts. It is not going to be for everyone. The casual horror fan may want to skip this meal. I found it to be a deranged, disturbing home invasion story with more layers than Auntie’s seven layer salad.

Derelicts will premier on the Kings of Horror YouTube Channel November 13th with a live chat with the filmmakers and cast. It will live there for six weeks and then be released to all major streaming platforms just in time for Christmas. Happy Horror Holidays! 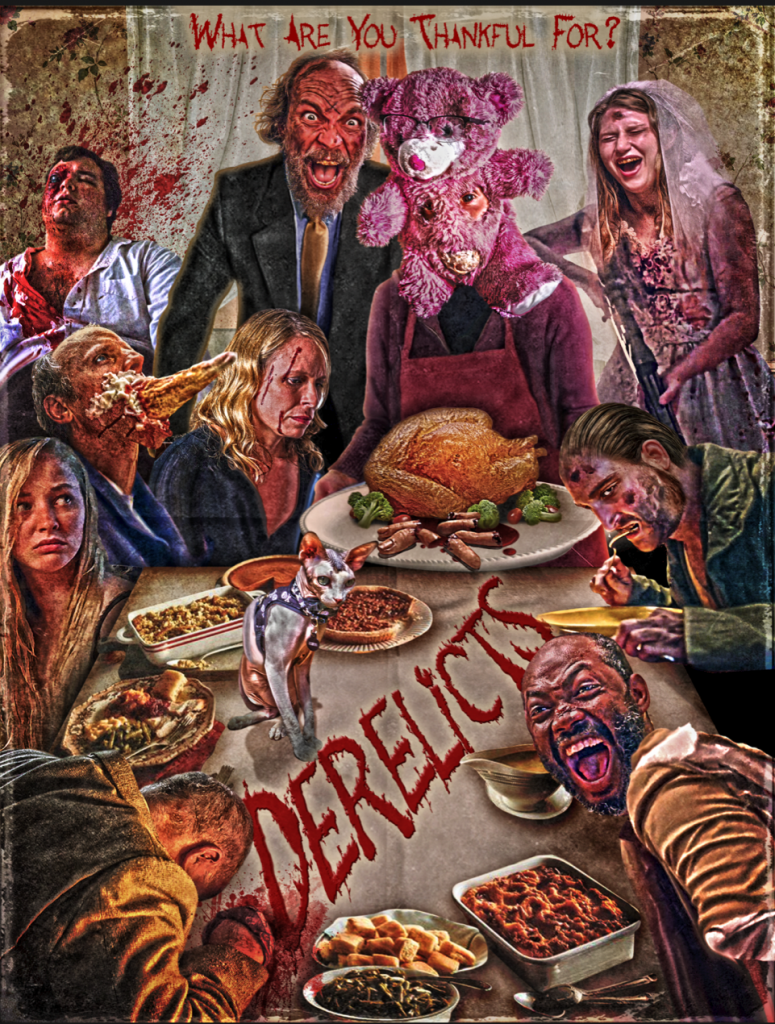 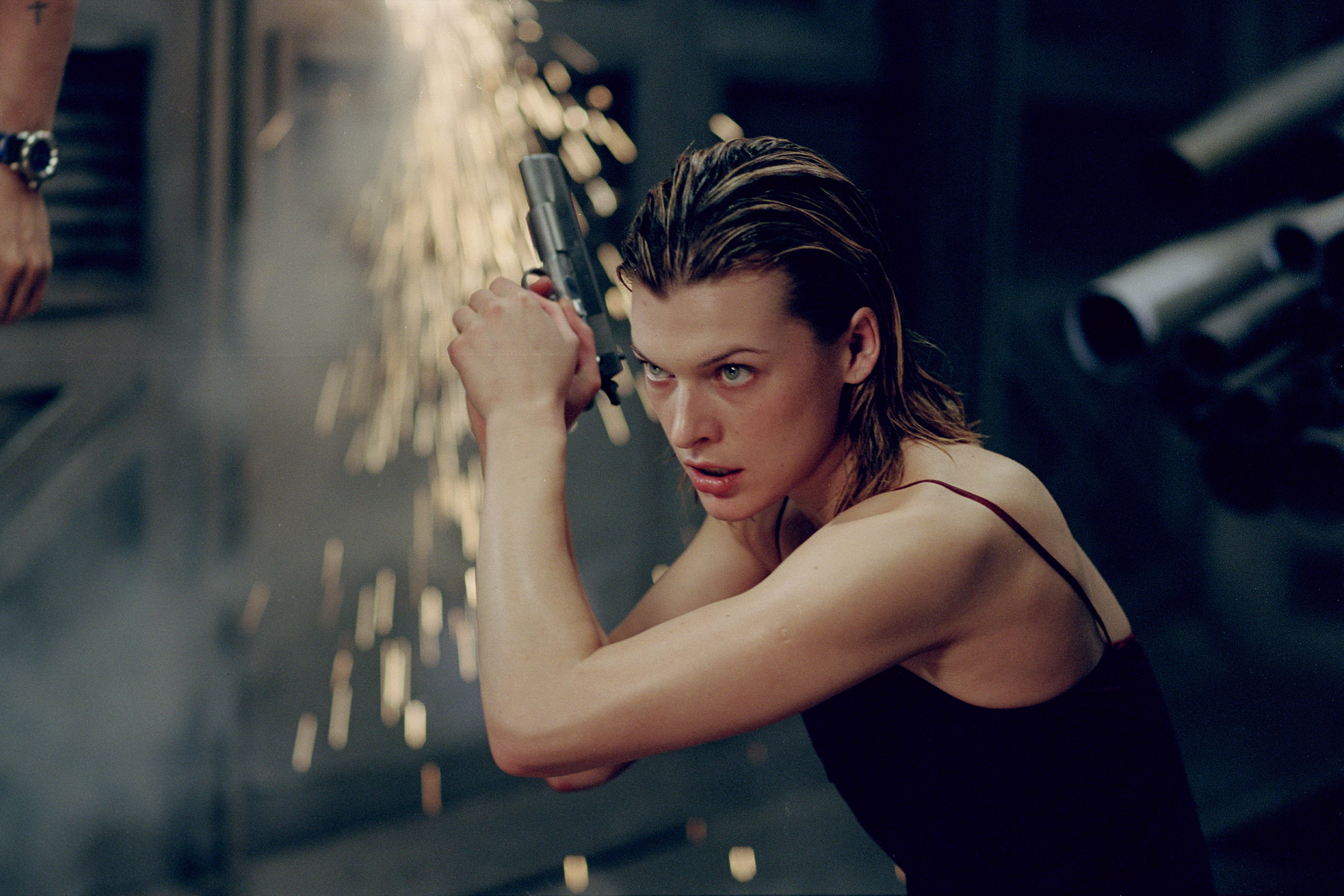 ‘Derelicts’ Review: Serving Up a Hot Dish of Thanksgiving Horror