The planets have truly aligned for New Orleans “native” Tommy Wiseau this year. While his infamous 2003 cult film The Room has already made him into a sort of anti-celebrity, The Disaster Artist has now arrived to provide a hilarious chronicling of his creation, placing the man in a new light. Leave it to Renaissance man James Franco to direct and star as Wiseau in a film full of hilarity that also doubles as a tribute to someone who always felt he deserved recognition for what he brings to the world.

To get this out of the way, while I never believe you need to do research before viewing certain films, it is hard not to recommend watching The Room or at least having some awareness of that oddity of a feature, before watching The Disaster Artist. While this biographical comedy does work on its own, the full effect of this film is only enhanced by having a sense of who the real Wiseau is and the sort of absurdity that would inspire a potential Oscar contender to put so much heavy focus on what is considered one of the worst films ever made.

Franco stars as Wiseau, a man that redefines quirky based on his behavior, accent, style of dress and complete absence of backstory (which remains something of a mystery in real life to this day). We first meet him in an acting workshop, where he is befriended by aspiring actor Greg Sestero (Dave Franco). The two eventually decide to move down to Los Angeles and try to make it as actors, while living together. After some time passes without opportunity knocking down their doors, the two decide to take destiny into their own hands.

Once the film begins depicting the production of The Room, things really get wild. This is also where being familiar with the original film comes in handy, as we see depictions of infamous scenes and the origins of specific filmmaking/acting choices. A variety of actors show up, including Seth Rogen, Josh Hutcherson, Ari Graynor, Paul Scheer, Jason Mantzoukas, Jacki Weaver, Nathan Fielder, among others, to portray the various cast and crew members. Meanwhile, the elder Franco’s Wiseau begins showing new layers.

I’m not alone in being a big fan of movies about the making of movies. It’s a popular story concept that blends a lot of broad ideas and comedy with facts and little tidbits that have the feel of inside baseball-type knowledge. The Disaster Artist is no different than that, with enough cameos to recall Robert Altman’s The Player and enough charming earnestness and ineptitude to remind one of the Steve Martin/Eddie Murphy film Bowfinger.

To make this work, Franco does what is necessary to achieve the right balance by embodying a character, rather than providing an imitation. Reportedly staying in character (at least with the accent) while directing, there is a fascinating degree of attachment to be found in Franco’s performance for the film. It comes from how we see Tommy in front of the camera, versus what he’s like when he’s not on set or performing. The portrayal off-set feeds into what was seen in the real Wiseau’s Room performance, while when directing or on camera, there’s an entirely different approach that emphasizes Tommy’s supposed hang-ups with life. Suffice it to say that this is some of Franco’s best work as an actor. 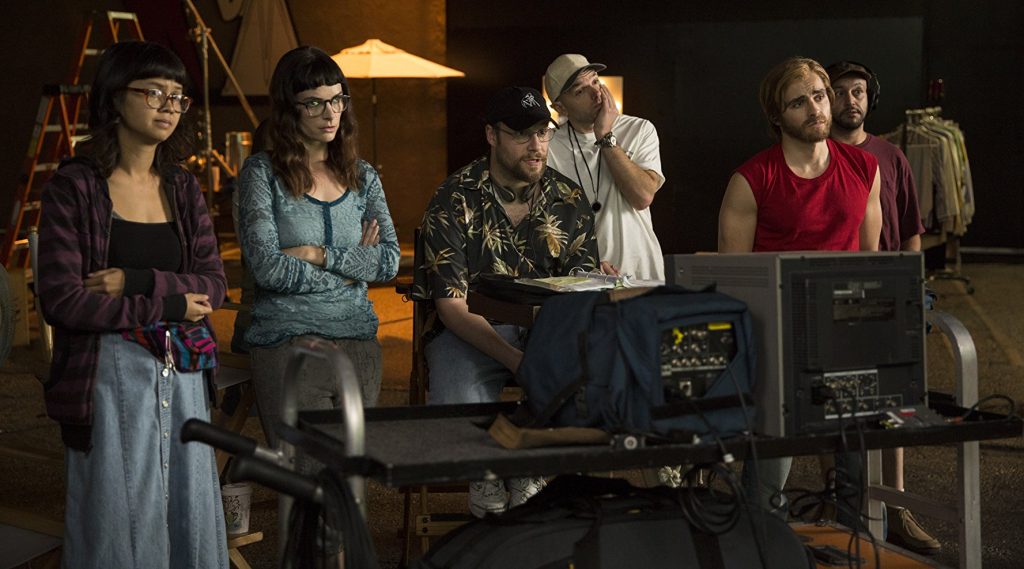 Franco also finds success as a director. Keeping in mind that he has directed over ten films (all independent and none have garnered that much acclaim), The Disaster Artist is his most accessible picture. There’s a quality that feels indebted to Wiseau’s inexperience to further propel the meta-commentary about the Hollywood industry and what it often doesn’t take to make it in that business. Perhaps that’s giving it more credit than it deserves, but carefully finding ways to approach the bizarre nature of a modern-day Ed Wood means embracing lots of angles on a story like this at once. It’s why Franco’s performance registers so strongly in the midst of other actors who are merely providing caricatures of real people around him.

The script by Scott Neustadter and Michael H. Weber was adapted from Sestero and Tom Bissell’s book, “The Disaster Artist: My Life Inside The Room, the Greatest Bad Film Ever Made,” which has a title that already speaks for itself. No matter how accurate that story is and how much this film sticks to the facts, there is a fairly apparent through line concerning friendship and pursuing your dreams. These underlying aspects, amidst the hilarity, are what hold the film together, although you could say it also limits some of its potential.

Similar to what we’ve seen when Franco works with Rogen and Evan Goldberg in films such as This is the End and The Interview, the stories tend to boil down to friendship (specifically male friendship) being one of the best assurances someone (generally celebrities) can have. For all the excellent work done by the film to not only honor Wiseau but bring the making of The Room to a whole other level, I couldn’t help but think the structure of The Disaster Artist felt like another retread of what we keep seeing when Franco, Rogen and that set make films together. The comedy and acting intensity do not suffer from this, but that is the sort of thing that pushes this film away from being either a dedicated skewering of Hollywood or an actual analysis of why The Room became a midnight movie phenomenon.

Even if the film does fall short of being on the level of Tim Burton’s Ed Wood, The Disaster Artist is a great comedy and terrific companion piece to The Room. Franco is fantastic, and he is not alone as far as generating laughs. The film has an incredible energy stemming from this twisted take on a true story and never lets up. It’s also a celebration of passion and wanting to be a part of something. The making of The Room may have, in actuality, been a horrible situation for some, but the retelling has undoubtedly found a way to capture what Wiseau was going for, no matter the cost. 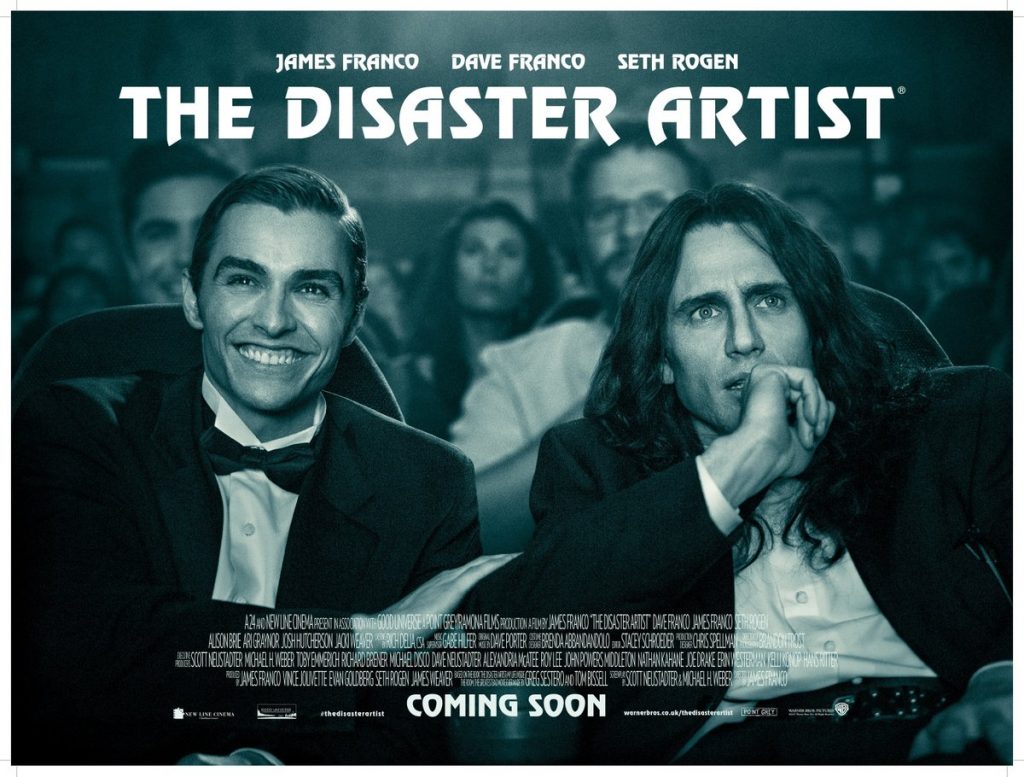