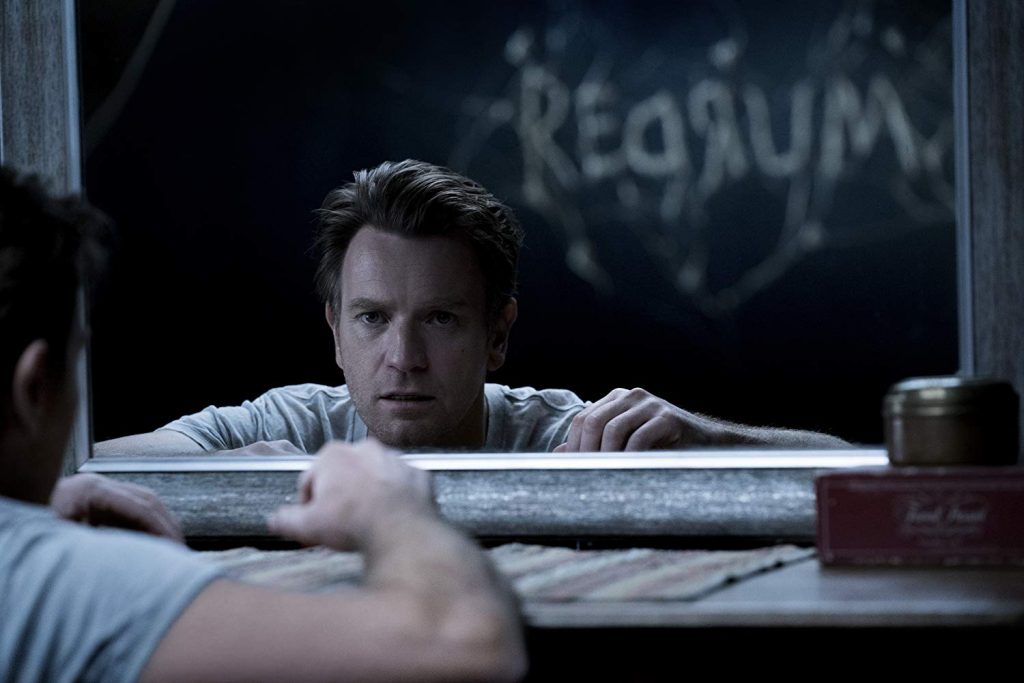 In the realm of legacy sequels capitalizing on fan interest in continuations of properties from the past, Doctor Sleep sits in an interesting void. Based on the Stephen King novel, a sequel to his own acclaimed work, The Shining, writer/director Mike Flanagan took it upon himself to bring this continuing story of Danny Torrance to life, carrying the weight of Stanley Kubrick’s horror classic as well. The unique scenario comes from King’s outspoken distaste for the film adaptation. So, the challenge of Doctor Sleep revolves around just how capable Flanagan is at reconciling the two for the sake of a feature that stands on its own while utilizing specific iconography audiences are familiar with.

It truly is about hooking the audience with something as flashy as “sequel to Kubrick’s The Shining,” as far as a studio’s concern for any chance of success. That’s the rub. To have King’s blessing and play to a studio that needs a bigger hook than “Ewan McGregor as a guy with mind powers,” compromise is necessary. I say all of this because Doctor Sleep plays best when working as an adaptation of King’s work as opposed to Kubrick’s. Yet, to play into the nostalgia angle, get ready to revisit room 237, after greeting the creepy sisters, and exiting the blood-filled elevator.

McGregor stars as Dan, a man struggling with his psychic abilities, as well as the alcoholism that consumed his father. The trauma endured during his stay at the Overlook hotel didn’t help matters either. However, Danny finally finds peace in New Hampshire. At the same time, a young girl, Abra (Kyliegh Curran), also possesses the “shine” Danny has. The two form a connection at a distance, which eventually catches the attention of Rose the Hat (Rebecca Ferguson). Rose leads her own gang of magical followers, who consume the “steam” of those with the ability to shine. 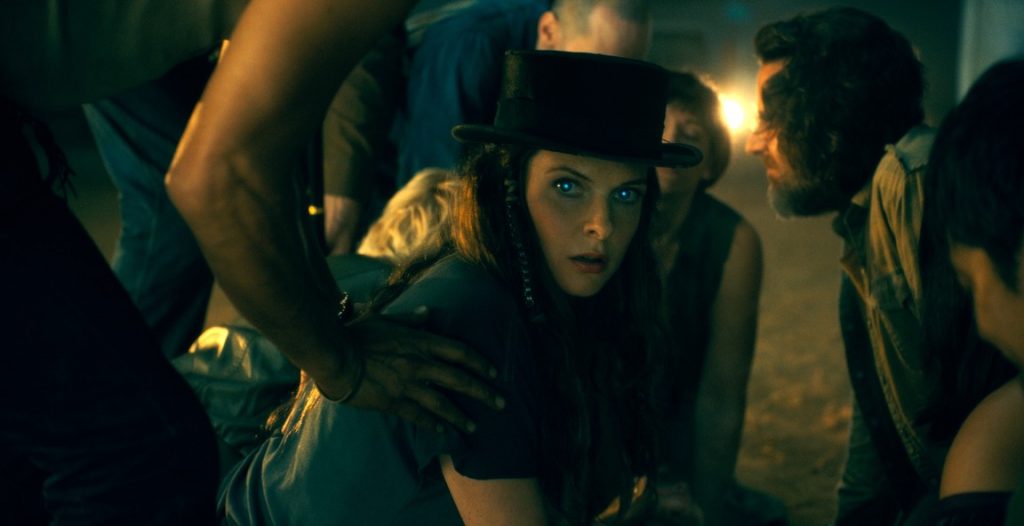 Compared to the very concentrated portrayal of isolation found in The Shining, Doctor Sleep heads in a much different direction. This sequel is more expansive, introducing multiple plotlines and embracing the world of the supernatural in a more fantastical way. If the original story focused on battling inner demons, Doctor Sleep shows a more simplified tale of good versus evil. Fortunately, the character work is strong enough to make the story worthwhile.

McGregor does excellent work as the haunted Dan, doing what he can to keep himself under control. The opening act of this film finds him at his worst, and McGregor sinks into the material enough to show what a battered life he’s had, despite escaping the Overlook. Allowing that extra time, before a jump ahead several years, lets us see the more peaceful figure he evolves into. This easily puts me on Dan’s side, and not hoping for the somber undertones of the film to ruin what solace he’s found.

Newcomer Kyliegh Curran is very good as well. Playing a young girl holding on to the sense of wonder that comes from being gifted with “the shining,” and not having to deal with evil hotel ghosts nipping at her heels, means the film is allowed to explore this territory in visually interesting ways. At the same time, pushing visions of the murderous activities of Rose and her gang onto Abra allows Curran to play up the hints of twisted retribution she feels is appropriate in stopping the horrors she witnesses. 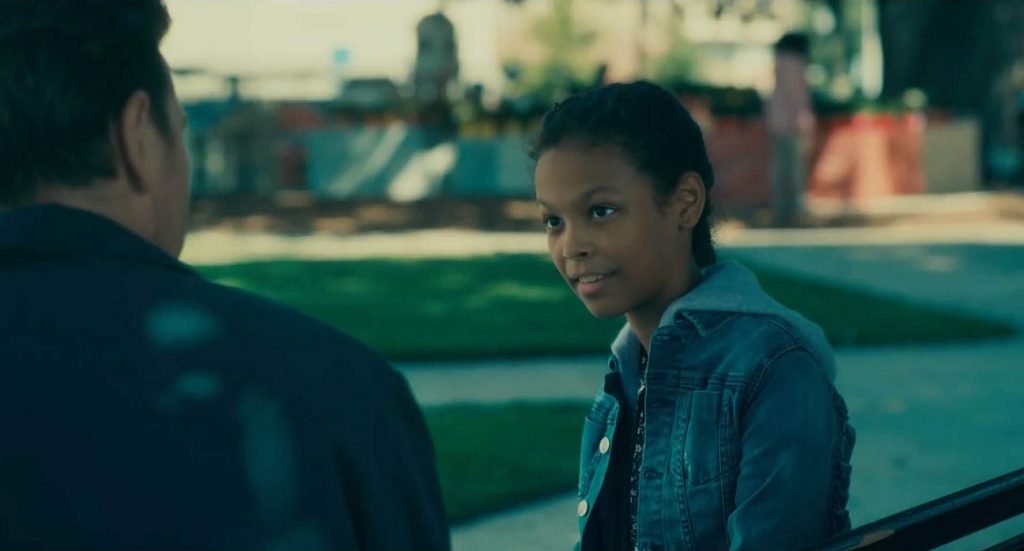 Leaving the most considerable impression is Ferguson, who has a ball playing into the villainous designs of Rose the Hat, the evil psychic mastermind relying on her flair as much as her abilities. Fortunately for her, Flanagan does plenty to keep her from feeling like a one-dimensional baddie. There’s a purpose to what she does. Still, even better is the very human portrayal of someone losing control and showing vulnerability at inopportune times. The stakes always feel properly adjusted thanks to what the film allows Ferguson to do with the character, which, in turn, aids the overall feel of a movie wanting to balance psychological and supernatural horror.

For his part, Flanagan makes the most of the world he’s tapping into. Having already become a notable name in the realm of contemporary horror, it’s not too surprising. His handling of the Netflix series The Haunting of Hill House was terrific, as were his eerily effective cinematic efforts Oculus, Ouija: Origin of Evil, and Gerald’s Game, another one of the better King adaptations in recent years. With Doctor Sleep, Flanagan finds himself focusing on deliberate visual steadiness over jump scares. There are shocks where needed, but the film also takes a breath often enough to allow the world of the film to feel filled in.

It is only in the final act where things begin to unravel a bit. Returning to the Overlook (an aspect the ads certainly do not want to hide) means watching a director attempt to evoke the incredibly specific feel of a Kubrick film. Given the movie preceding this venture, which revolved around psychic warfare between gifted civilians and a band of gypsy vampires, one can’t help but feel like the solution was designed in the name of fan service. But can you blame Flanagan? 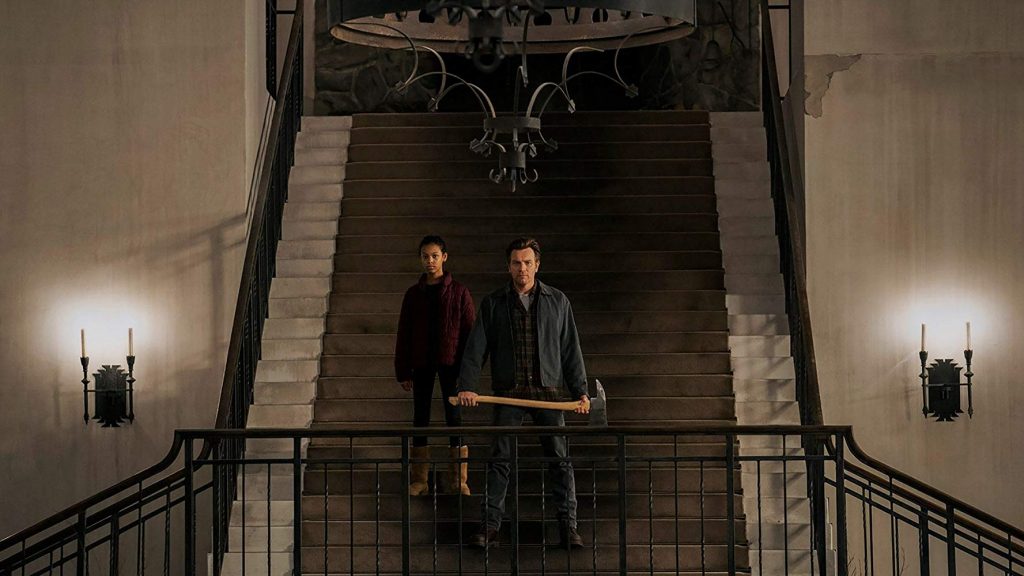 Having the chance to revisit an iconic horror location means finding fun, new ways to play tricks on the characters and the audience. Yes, the tone and feel take a turn in incorporating elements specific to Kubrick’s Shining, though the film didn’t completely lose steam here either. Perhaps that’s due to all the work that went into crafting this tale.

Support from reliable character actors Cliff Curtis and Bruce Greenwood, along with a very effective Zahn McClarnon as Rose’s right-hand man, were quite welcome. This is especially helpful as a means to push away from the distracting lookalikes for Dan’s parents (though one Flanagan regular does their best with a near-impossible task). And from a technical standpoint, the film deserves plenty of credit for taking recognizable faces and putting them into a mainstream studio horror movie that looks big and takes some chances (best exemplified by one of the more unexpected cameos I could think of).

Even at two and a half hours, there’s a lot of enjoyably spooky entertainment to get out of Doctor Sleep. It uses the R-rating well, with less focus on over-the-top violence and more effort put into feeling like a film for adults. The scariness isn’t on an all-time high, but the right level of atmosphere is maintained to pull viewers along for the ride while feeling more like an opening up of the supernatural world that comes with “the shining” abilities. Add to that a few excellent performances, and everything is here for audiences to want to come and play along with this film… though hopefully not forever (and ever… and ever). 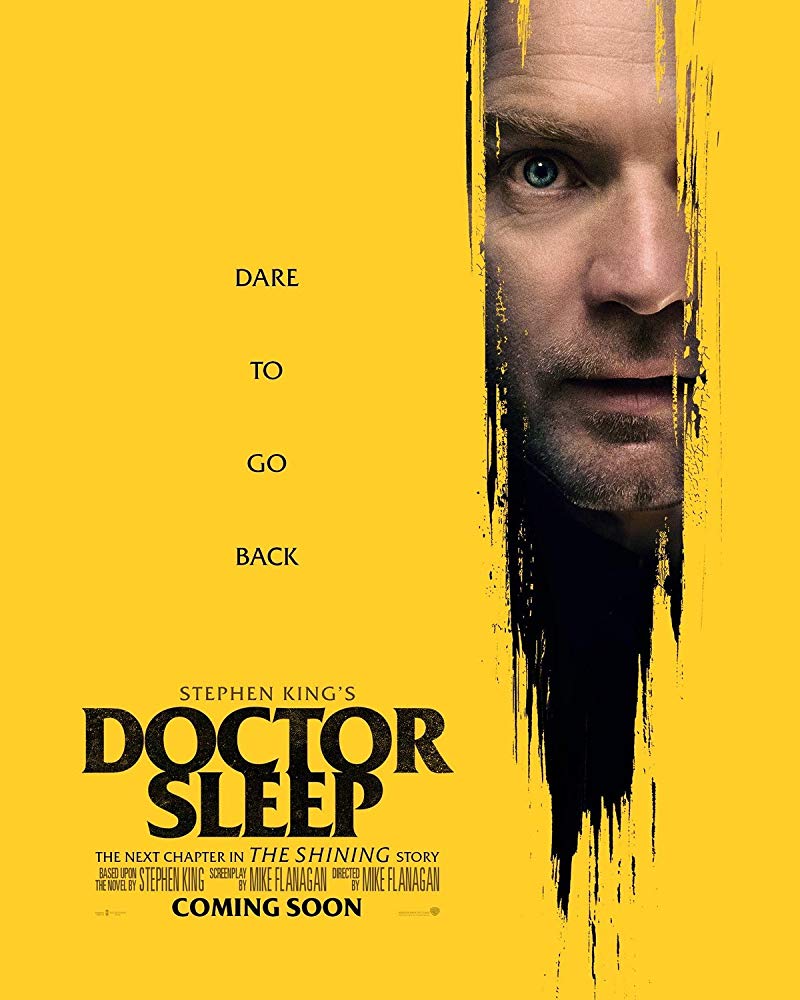 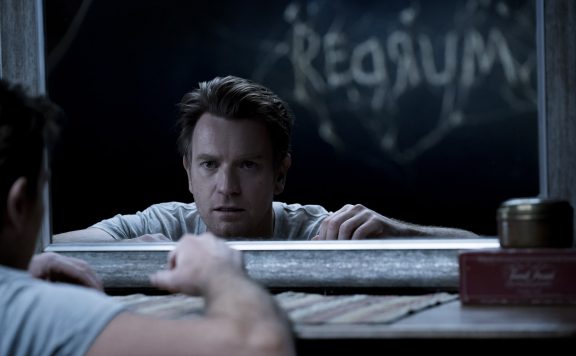