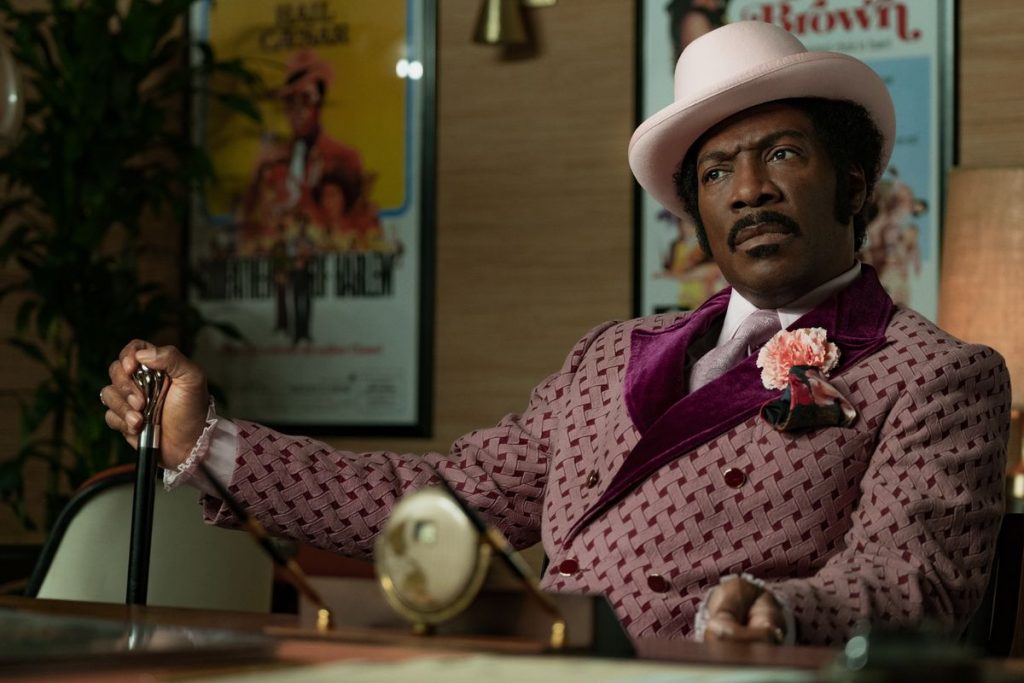 The chance to see Eddie Murphy back in prime form is a thrilling as any movie with the chance to compel. What better vehicle for the legendary comedian than a comedic biopic focused on Rudy Ray Moore, known to many as Dolemite? Moore was a man of many talents in his time. He was a singer, dancer, comedian, producer, and actor. As a prominent figure during the blaxploitation era, he was the inspiration for many, including Murphy. You can see that admiration coming through in Dolemite Is My Name, which favors fun over adding drama to Moore’s attempts at becoming a major star.

Set in the 1970s, Moore begins the film looking for a way to hit big. He’s a wannabe pioneer who just needs the proper outlet to make his star shine bright. Moore gets his chance by adapting jokes from the humorous stories of a group of homeless people, which leads to the development of the Dolemite character. The obscene style of Dolemite is a hit with audiences, leading to Moore recording albums and going on tour. Soon enough, Moore finds himself wanting to make a movie.

Dolemite Is My Name was written by Scott Alexander and Larry Karaszewski, the screenwriting duo who have a knack for this sort of biopic, based on their past credits, which include Ed Wood, Man on the Moon, and Big Eyes. You can see that same sort of energy present in this film, Ed Wood, in particular. Much of the feature relies on the constant enthusiasm and energy Murphy brings to Moore. Learning what we do about the man, if he needs to develop a ridiculous character to put together a great act, he’s happy to do it, as he wants not only to be a success but make people happy. 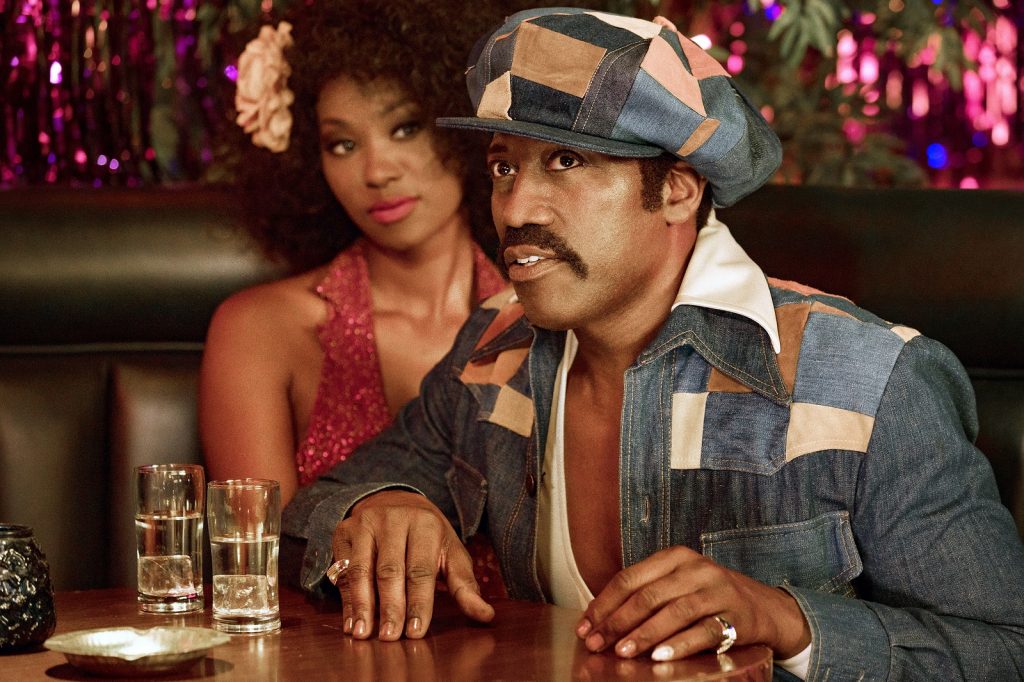 That last element is key, as something making Dolemite Is My Name such a good film is just how much of it works as a hangout movie, with no real antagonists to speak of. The stakes are in place, but it comes down to hoping Moore doesn’t have to stop entertaining or run out of money. Even Wesley Snipes’ D’Urville Martin, the ego-driven actor who would direct and co-star the Dolemite movie, merely serves as a foil and the one person not in tune with the fun everyone else is having. There’s far too much hope and joy present to really find the film concerned with things going bad, and it works to make the movie all the more enjoyable.

Also working in the film’s favor is its terrific cast. Murphy is beaming with energy, and even if he’s not exactly challenging himself to reveal new depths, he’s eminently funny, while putting forward the admiration he and the film share for Moore. Craig Robinson, Mike Epps, and Tituss Burgess are all supporting friends, chiming in time to time to good effect. The aforementioned Snipes is perhaps the closest the film comes to having that “Martin Landau as Bela Lugosi” spark of a vital supporting player, delivering plenty of hilarious facial reactions to the insanity around him. Keegan-Michael Key is the more strait-laced member of the crew. He plays Jerry Jones, an activist and writer, who joins Moore’s fold, only to see how wild things get compared to his own vision. 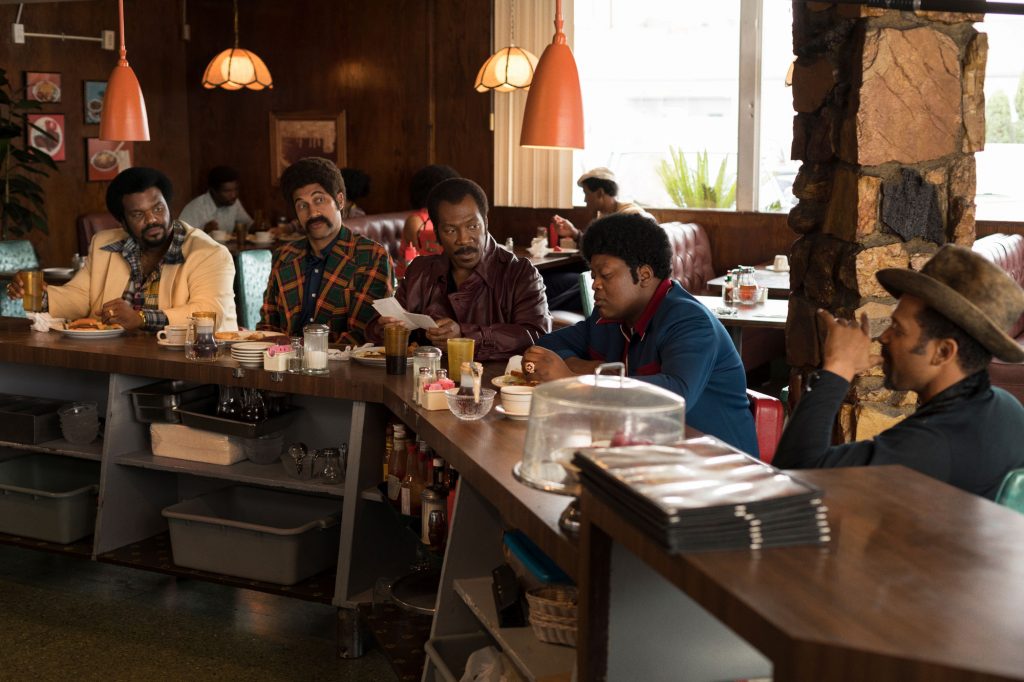 Broadway star Da’Vine Joy Randolph may have the most affecting role of the film, along with Moore, as Lady Reed, a single mother-turned performer. Her introduction is classic, as she is seen punching out the man slapping her around, ready to show she’s not going to take any nonsense. Moore sees this and wants to work with her immediately. Randolph and Murphy share good chemistry, with both characters in a similar position to differing degrees.

For all the work Dolemite Is My Name does to be a good time at the movies, there is an inherent niceness that is best emphasized by this relationship. When Lady Reed tells Moore how fortunate she is to him for putting in the effort to create a positive environment in the midst of scrapping things together to make movies with friends, the moment lands. 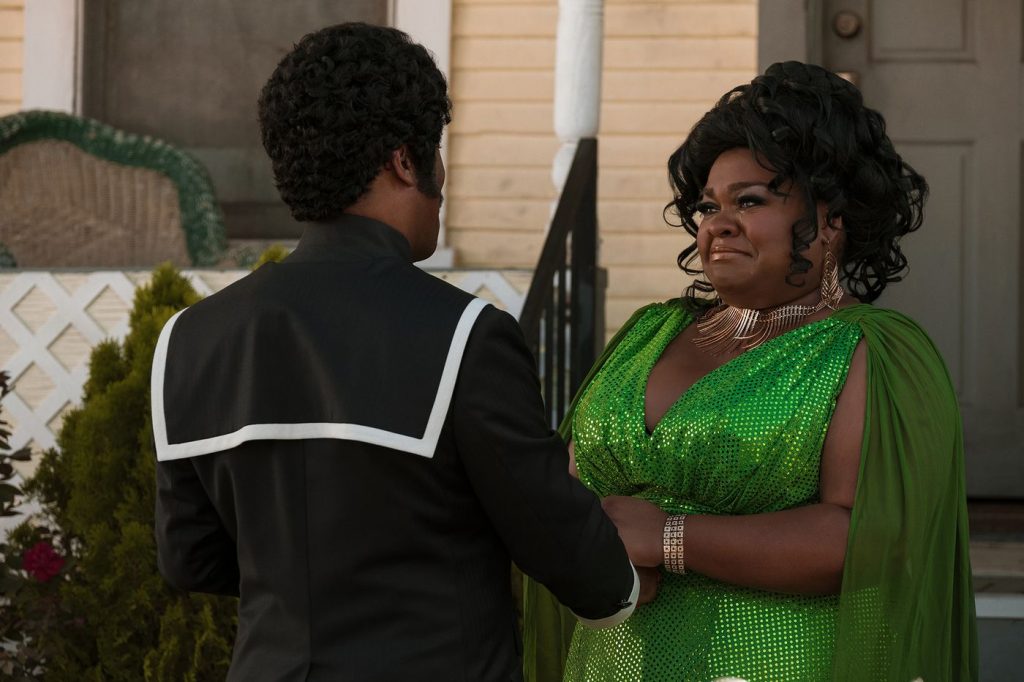 Director Craig Brewer (Hustle & Flow, Black Snake Moan) does his part to add hip montages and a good enough handle on assembling the story. He’s aided by some nice technical touches, most notably newly minted Oscar winner Ruth E. Carter’s colorful costume design. There are plenty of polyester suits and excellent hats to be seen, blending the reality with the heightened world Moore sees around him.

Dolemite Is My Name really is a fun trip back to a particular time, with Murphy leading the charge. Working as a fun mix of Ed Wood and Bowfinger, there’s plenty to enjoy. The film goes on a bit too long and doesn’t quite know how to push itself to another level, but the whole idea of seeing a ragtag group wanting to put on a show remains incredibly watchable. And while the film merely skirts with perceptions based on race and the business of the time, there’s enough fun to have with this funky crew. 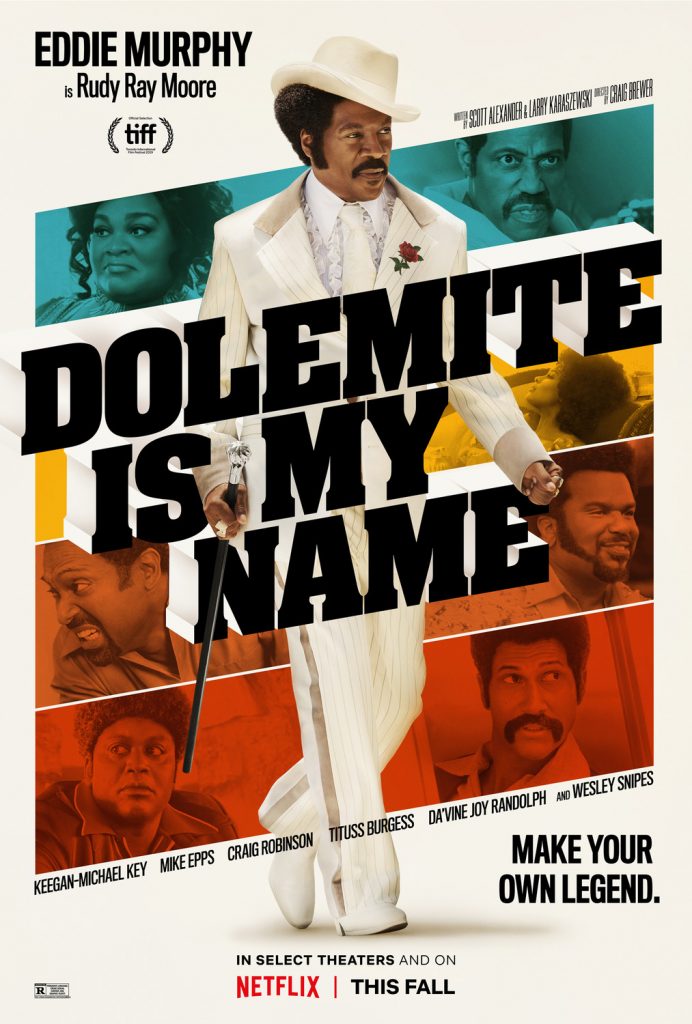