Sometimes I get inexplicably hyped for a movie I wouldn’t expect. Writing down the concept of Spies in Disguise, the film sounds silly. Playing a “what if” game where a secret agent is accidentally turned into a pigeon seems tailor-made for a very young audience to giggle at while everyone else rolls their eyes. And yet, the debut of the movie’s trailer and the reveal of this high concept twist was somehow one of the most unexpected turns I’ve seen all year. Yes, the twist is rooted in comedy, but it’s a good one nonetheless. Honestly, I’ve put my energy into a lot of wacky things this year, from a monster throwdown with Godzilla and King Ghidorah to working up to seeing what a live-action, CG-infused Cats movie would look like. While the former undoubtedly delivered for me, there’s always the risk of experiencing the latter. Fortunately, Spies in Disguise seems to have figured out the proper way to lean into its own ridiculousness.

Will Smith stars as Lance Sterling, in what is now his best animated film (take that Shark Tale). Lance is a highly famous superspy, who can seemingly handle any obstacle thrown his way. Enter Walter Becket (Tom Holland). Looked at as “weird” by nearly everyone, this awkward scientific genius specializes in non-violent gadgets. Due to unpredictable circumstances that find Lance going rogue, he winds up at Walter’s home, where he accidentally ingests a liquid that turns him into a pigeon. The idea behind this experimental formula was to help spies disappear in plain sight. Now Lance must work on saving the world while being stuck as a pigeon, with Walter as his only resource.

Blue Sky Studios, the company behind the Ice Age series, seems to have wanted to take their knack for making films about animals (they’re also responsible for Ferdinand and the Rio films) and combine that with their admiration for Pixar’s Incredibles movies. Even if they’re merely working from the James Bond template, it’s hard to deny the impact of seeing an animated action-comedy involving wacky powers, and a jazzy score by Theodore Shapiro (along with enough Mark Ronson-produced pop songs that make you wonder how it’s possible the film didn’t close with a hot new Will Smith track). Regardless, what works well for Spies in Disguise is its effort to take the spy plot seriously. 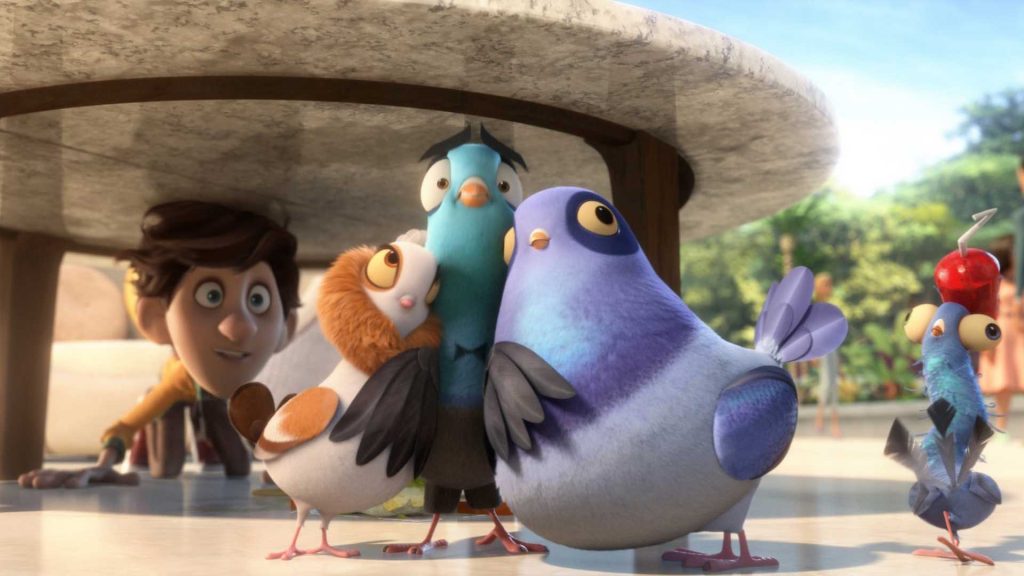 Yes, this is a film where Smith yells about his 360-degree bird vision enabling him to see his own tail feathers and what’s in front of him at the same time. However, there’s an excellent level of detail to build out the spy world, which includes an opening action sequence that concludes with a Bond-style credit sequence. Lance is a super slick spy, and the movie does a good job of showing off how capable he is.

At the same time, once he’s in pigeon-mode, the film is still able to create compelling set pieces that combine the action and comedy quite effectively. Directors Troy Quane and Nick Bruno do the best they can to get all of the mileage out of their resources and create a quick-paced and consistently fun film, under the circumstances.

Only helping matters is the voice cast. Smith walks a line of how arrogant he can make his character. While I could have used more fleshing out when it came to his desire to work alone, he’s appropriately humbled, once the bravado is not enough to carry him through his life as a superspy. Holland brings plenty of charm as well, playing up the nerdy scientist persona in a way that’s never grating. His innocence, along with a well-handled backstory, do enough to make him a neat counter to Lance.

The supporting cast is fine as well. Rashida Jones plays an internal affairs agent, constantly in pursuit of Lance. She’s accompanied by specialists Eyes (Karen Gillan) and Ears (DJ Khaled). The always great Ben Mendelsohn steps in as an evil mastermind with a bionic arm and a face that seems to be designed as sharp-edged Clive Owen (almost giving me another Smith vs. Owen adventure, following Gemini Man). Others, including Reba McEntire, Rachel Brosnahan, and Masi Oka, fill out the rest of the cast, which basically lets the film walk the line of having big-name talent, yet still going after stars who seem to fit the part (give or take DJ Khaled).

Still, it is the dynamic shared between Smith and Holland (who never met while recording their voices for the film) that keep the film moving along. Spies in Disguise can coast along with plenty of jokes, sight gags, and even a bit of gross-out humor involving a couple of regular pigeons who form a flock with Lance. That in mind, there’s a surprising amount of grit to this story as well.

No, this isn’t the From Russia with Love of animated animal-action-comedies. However, it’s still surprisingly closer to Casino Royale than A View To A Kill. There’s a lot of destruction, thrills, and lives on the line in a film that finds a way to balance tone and emotion properly. Putting that sort of weight on a movie like this ends up working out, which again speaks to the confidence of those involved in taking this premise as seriously as they could while playing into the inherent humor as well.

While there is a sense of the familiar when it comes to the character arcs, and even the basic plotting of this film, Spies in Disguise has the right idea as far as taking on its concept and treating it the proper way to make a film that’s more than a simple gag. With strong vocal work from Smith and Holland, enough impressive visuals to make a pigeon-drone chase plenty compelling, and a fine balance of slapstick comedy with everything else, this movie hit a sweet spot. Given the initial hype I had for all of this absurdity, I’m just happy it didn’t ruffle my feathers. Instead, I was delighted flying along with it. 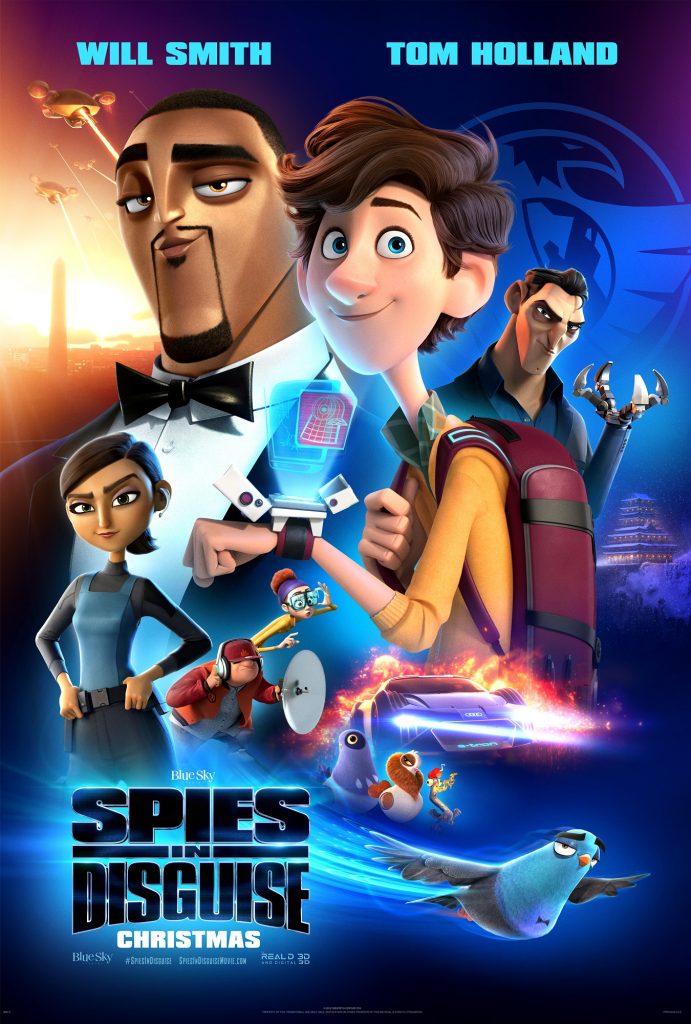