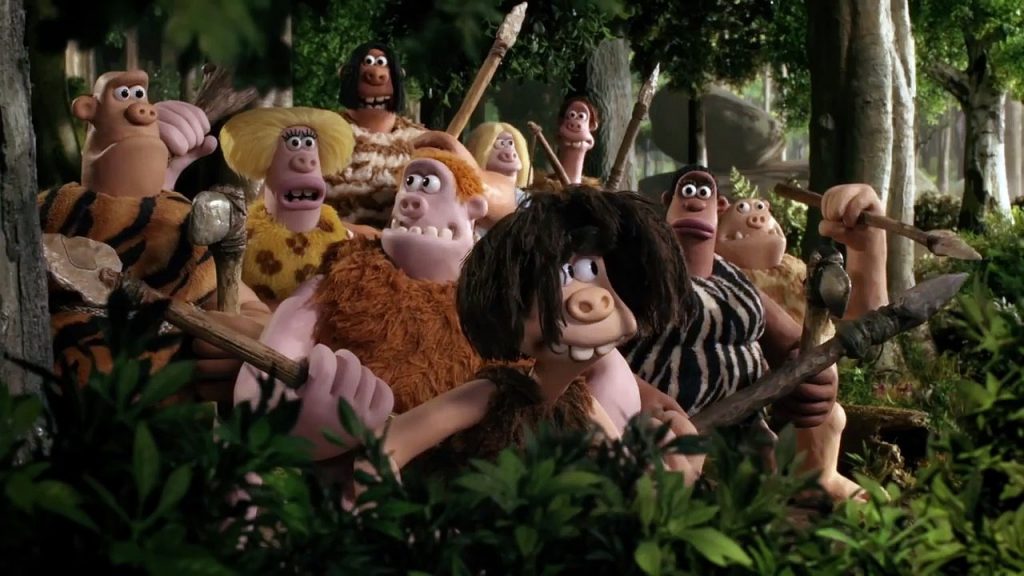 The arrival of a new Aardman Animations film is cause for celebration. The Oscar-winning studio has provided such successes as the Wallace and Gromit series and Chicken Run, and their latest film, Early Man, is a delight that is most certainly on brand as well. It may not be a new classic, but it easily shows how comfortable director Nick Park and his team are at continuing the ways of their stop-motion animation ways with Plasticine figures. The shades of social commentary are also welcome, but what matters most is the level of charm that continues to shine through by way of droll British humor and pure silliness.

This time around, Aardman takes things back to the dawn of man, when cavemen roamed the earth. It mainly revolves around Dug (voiced by Eddie Redmayne), the son of his tribe’s leader (Timothy Spall), who is looking to progress his people in the ways of hunting and gathering. Things take a turn when the Bronze Age steam roles their way onto the land of Dug and his people. With some investigating, Dug learns that Bronze Age City takes plenty of joy in the game of football. To get back his land, Dug challenges Lord Nooth (Tom Hiddleston) to a match between the two groups of humans.

So while the prospect of seeing Aardman tackle prehistoric times may have sounded intriguing as a sort of parody of films such as 2001: A Space Odyssey or One Million B.C., Early Man is actually a sports movie about a group of underdogs. That speaks to me as a bit of a missed opportunity that could perhaps be due to a lack of better ideas to make more than just a short film out of this premise, but the film still has enough endearing and amusing moments to work. Perhaps I’m just a bit bitter because I had more expectations regarding plot, but it’s not like previous Aardman films haven’t had a strong focus on story. 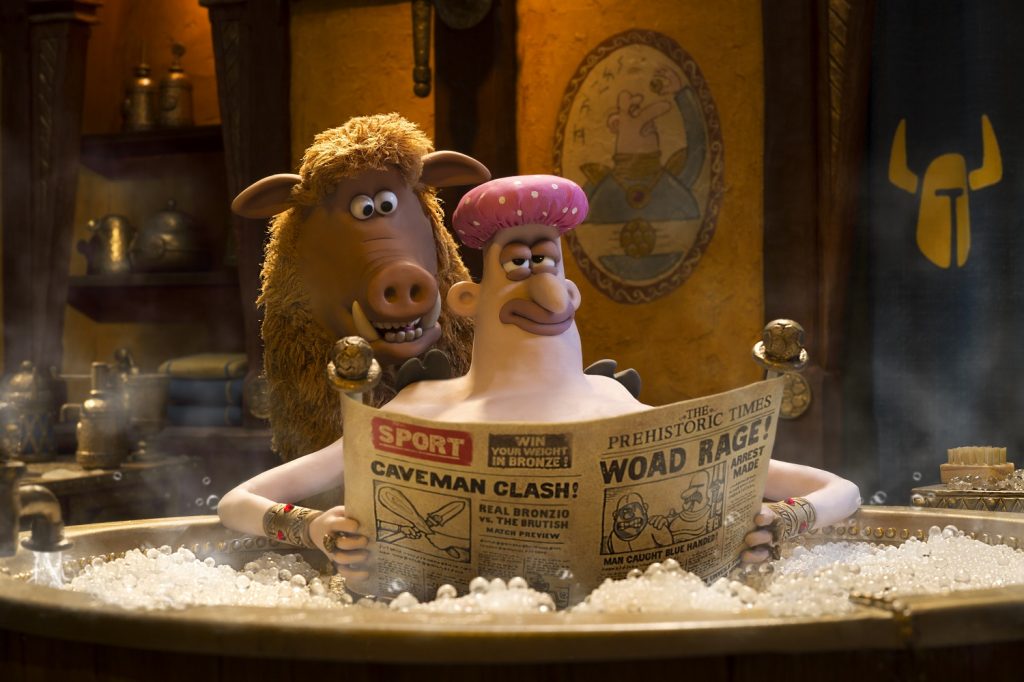 With homages to The Great Escape, Hitchcock, Pirate adventures, and Hammer Horror films, there’s been effort put in by Park and his team to show off their love of cinema by way of these clay creations. Early Man goes for the snobs vs. slobs type of comedy, and it just feels a bit stale by comparison. Not hurting, however, is the amount of effort put into making these fun characters to see interact, complete with a solid cast of British comedians to round out the supporting players. So in addition to Redmayne, Hiddleston, Spall, and Game of Thrones’ Maisie Williams, you have Richard Ayoade, Gina Yashere, Kayvan Novak, and the always hilarious Rob Brydon.

These sorts of inclusions work out, as the audience gets to enjoy the blend of classic Aardman-style comedy with the work by this cast, which had to be fit into a film all about precise animation to make the comedy work. Whether all the comedy registers is another thing to consider. This is a decidedly British film where the jokes are even pushed to the point of having them explained so other (American) audiences can get it. This is so much the case that I’m curious if there are some alternate versions of this film, as a few scenes feel like the British humor may have been going too far, so another cut could have been devised. 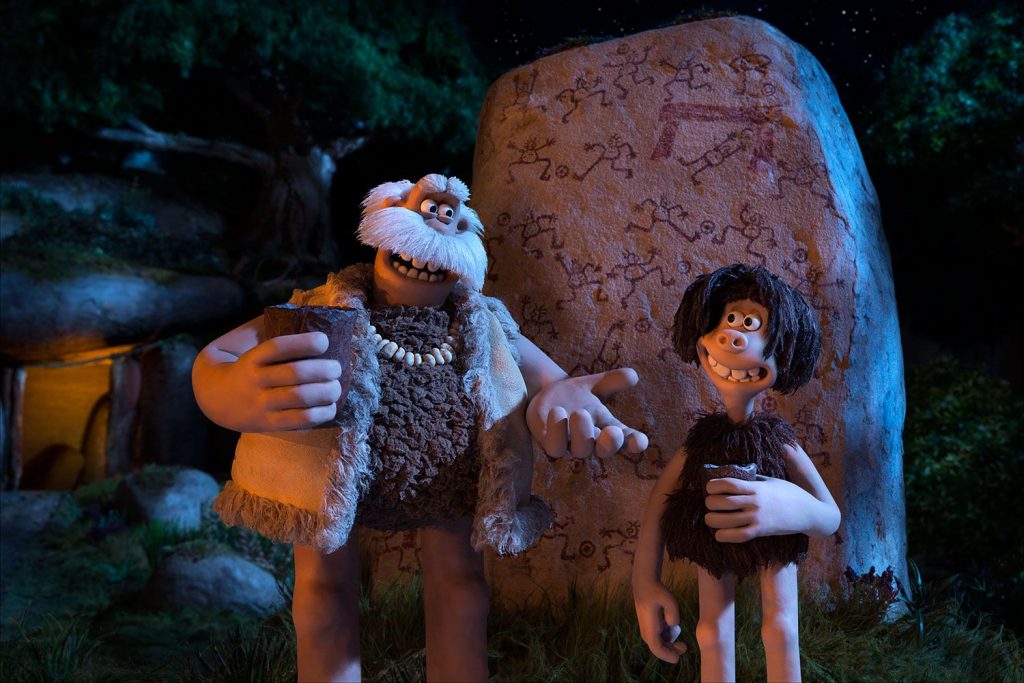 Keeping the Britishness of the film in mind, one can’t help but notice some of the very un-subtle work to make this movie feel relevant. Beyond the evident celebration of the Manchester United football team (take another look at the title of the film, by the way), Early Man is very much a movie made in a post-Brexit world. The portrayal of Bronze Age City and its population speaks to various stereotypes in a broad manner that never quite gets in the way of the film’s basic sports comedy plotting, but is notable. This element doesn’t dominate the movie, but perhaps lends a clue as to Park’s current attitude and why the film may not feel like peak Aardman, despite its earnest charms.

Early Man entertains, and that should be the primary takeaway. In the midst of many family-friendly releases this early in 2018, it’s certainly an enjoyable option with plenty of quirks that Aardman Animations is known for. The humor moves between dry jokes, to sight gags, to just plain silly ideas, but it never lacks a level of fun. A solid voice cast helps things further, especially as Redmayne continues to show off a strange level of range in vocal dynamism. If that’s not enough to convince someone to see it, then just know that this is a film revolving around how cavemen invented soccer and that’s surely enough to spark some interest.