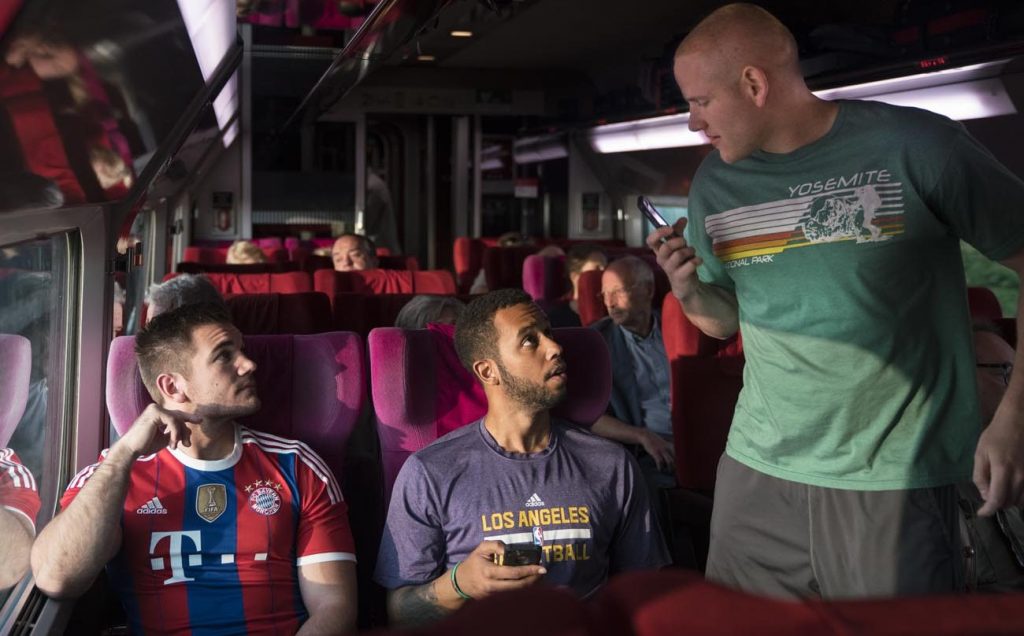 I like finding the good in a noble experiment. Even if I don’t agree with a lot of what director/producer Clint Eastwood has to say these days, I do like that he puts his filmmaker foot forward first and continues making some ambitious choices. More recently with Sully, he decided to play with IMAX cameras. For The 15:17 to Paris, he chose to restage actual events involving an attempted train attack and cast the real heroes involved. The resulting film has some complicated factors to consider, but I won’t wholly write-off what the famed star is trying to accomplish.

The story focuses on three friends who acted courageously in a moment that could have resulted in tragedy. Before getting to that point, however, the film provides us with a good 75 minutes of backstory to have us learn about who these guys are. Spencer Stone, Anthony Sadler, and Alek Skarlatos became friends in middle school, and we learn about them by way of their troublemaking ways, Spencer and Alek’s adherence to Christianity, and the presence of their single mothers, played by Judy Greer and Jenna Fischer. As adults, Spencer goes into the US Air Force, and Alek joins the National Guard. The three eventually meet up in Europe, while on leave, leading to the fateful trip on a train from Amsterdam to Paris.

There are things to admire about what Eastwood tries to accomplish. Especially once we see these guys as adults, the film wants to rely on an in-the-moment-like approach where we just follow some friends around Europe. Also to its credit, the guys are not portrayed as flawless. Spencer and Alek are both shown to be bright and with good hearts, but not the most dependable of people when it comes to their tasks. And even when it comes to portraying how their religion has affected their lives, Eastwood doesn’t try to go overboard with inserting any level of messaging. A line featured in the trailer, where Spencer speaks of how their lives are being pushed towards something was actually said, and it feels like more of a throwaway moment than a major revelation foreshadowing an event that everyone in the audience already knows is coming. 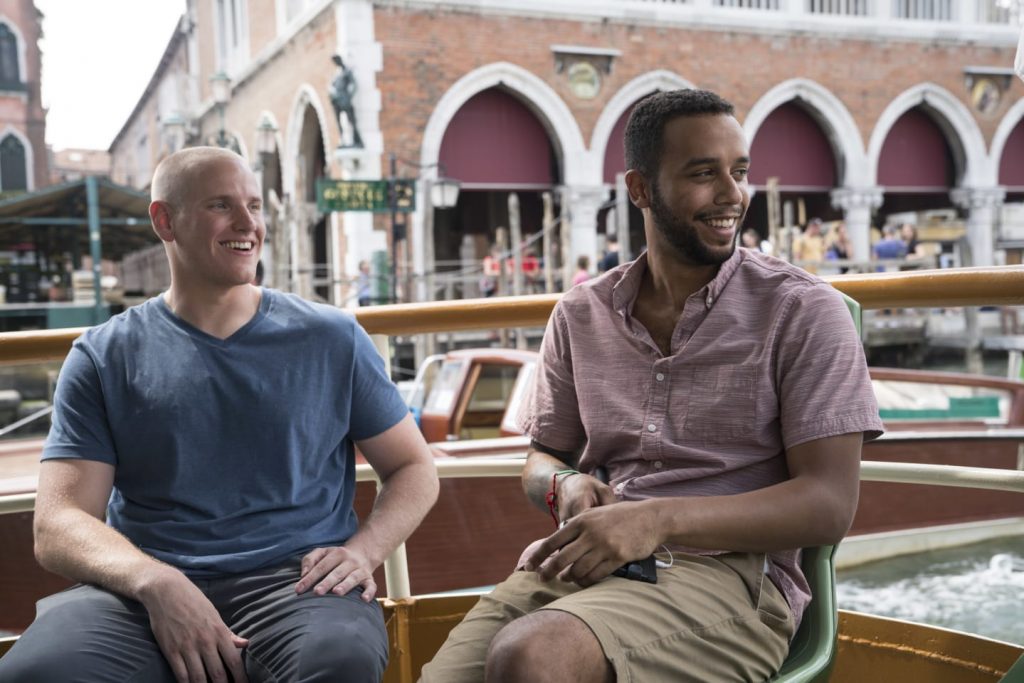 Speaking of Spencer, he’s easily the member of the group with the most screen presence, and that’s also sort of an issue. While the film’s screenplay was adapted from the trio’s autobiographical novel about the incident, the relationship between these guys never feels authentic. It feels more like a film trying to make real people sound real, but because this is not a random indie or a Richard Linklater film, the dialogue never finds a rhythm. To be fair, the real guys are more convincing than the kid actors playing their younger selves. Still, the looseness of the European trip that merely follows these guys at various sites and into some clubs and bars feels like a struggle at times (in a 90-minute film) when we all know where things are headed.

Eastwood’s longtime cinematographer Tom Stern goes for a naturalistic approach in these earlier scenes, and it somewhat helps establish a sense of tranquility shared by friends going on an adventure. Once we get to the train, however, things tighten up quickly, and Eastwood’s sights lock right into place as far as how to make the attack and the fight to stop it register with plenty of tension and authenticity. It’s enough to make me hope we can see another straight action film from Eastwood, while also laugh in the face of the MPAA, given the brutality of the scene and the favors done for a filmmaker of Eastwood’s stature to secure a PG-13 rating.  Still, with all the effectiveness of the eventual train showdown, are those few minutes enough to justify making a film like this to begin with?

That’s the other question that I’m sure will make some ponder over as they either line up to see the film or consider even the concept of it after watching a trailer. With all of the biopics out there that are forced to contend with audiences looking for all the inaccuracies, whether it’s the casting choices or what is left out of the narrative, here’s an economical Eastwood movie that tries to play it as real as possible, literally down to the casting. But is that a necessary story to tell, if we’re just recounting an actual event or is it just exploitation? 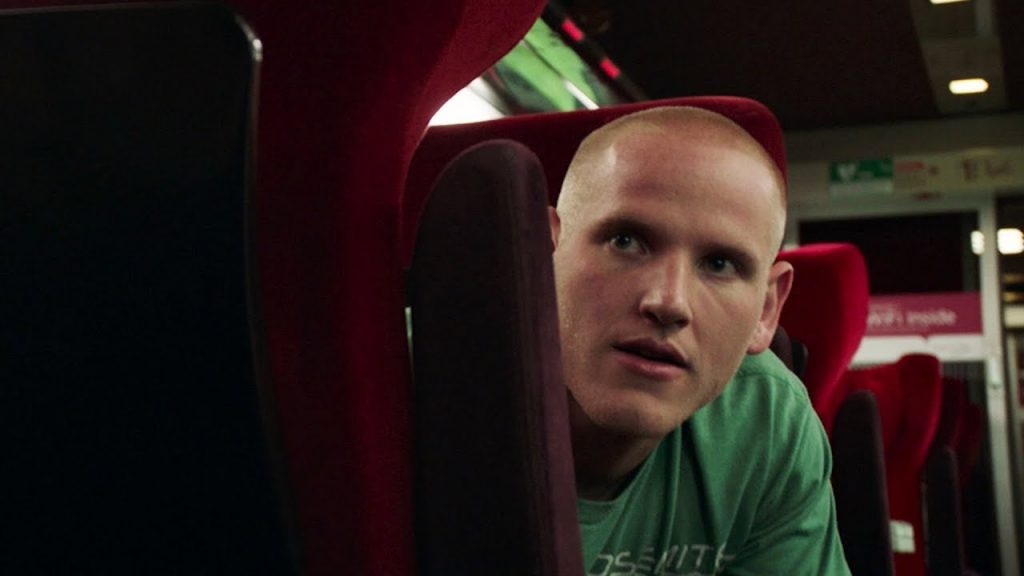 It brings up what Eastwood explored in Flags of Our Fathers, as far as seeing heroes dealing with the difficulties of being emblemized for their heroism. Stone, Sadler, and Skarlatos are not dealing with the weight of going into war and were ready to play themselves in a whole film based on their book that chronicled their actual actions, so it’s seemingly not an issue of how far they wanted to go. However, regardless of what he seemed to add to the conversation in ‘Flags,’ is Eastwood’s interest in The 15:17 to Paris story enough to justify his move to make another biopic taken to a new extreme? The answer to that one is yes because a filmmaker can do whatever he chooses. However, is there anything to say when compared to something like Ryan Coogler’s Fruitvale Station?

That becomes trickier, as it is good to put heroes on screen and these men indeed are heroes. In a time when we can see lots of cynicism in our films, regardless of what side of the line they fall on (as much as that matters), putting out the portrayal of an event where the results were a cause for celebration between multiple nations can be refreshing. Thankfully, Eastwood also does what he can to provide something of an even hand. Yes, the film offers no context for the shooter, beyond applying ominous music to a “suspicious brown man,” which tends to have its ramifications, but the movie is about the guys who chose to act and has no real cause to cast any judgement on who the attacker was.

Whether or not this was merely a story to acknowledge by way of media coverage or a few books, the fact is that Eastwood went out and made a full-on feature about these guys and what went down. I can’t say I’ll need to see it again, as there is not much to the film as a whole that speaks towards much else. Still, I like seeing Eastwood find ways to challenge himself and there is an intriguing enough novelty in watching these guys relive their own lives. Add to that some tense action and you have a film that is made well enough to be watchable, even as it conflates a portrayal of regular life from the perspective of an 87-year old man with a heroic act. 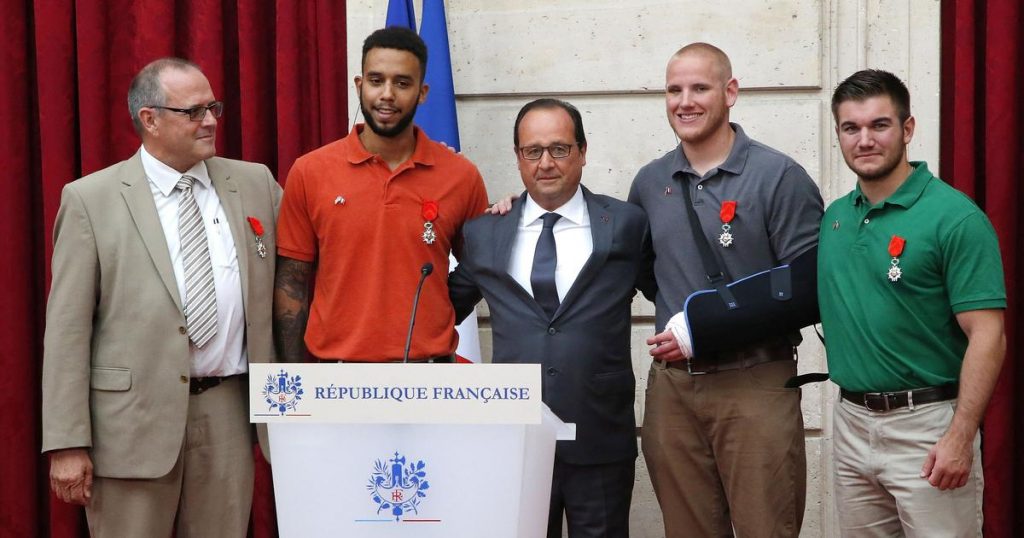 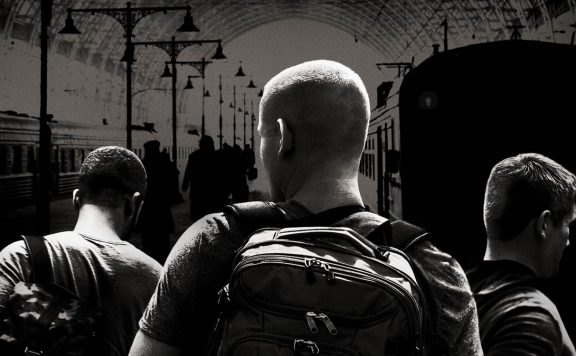