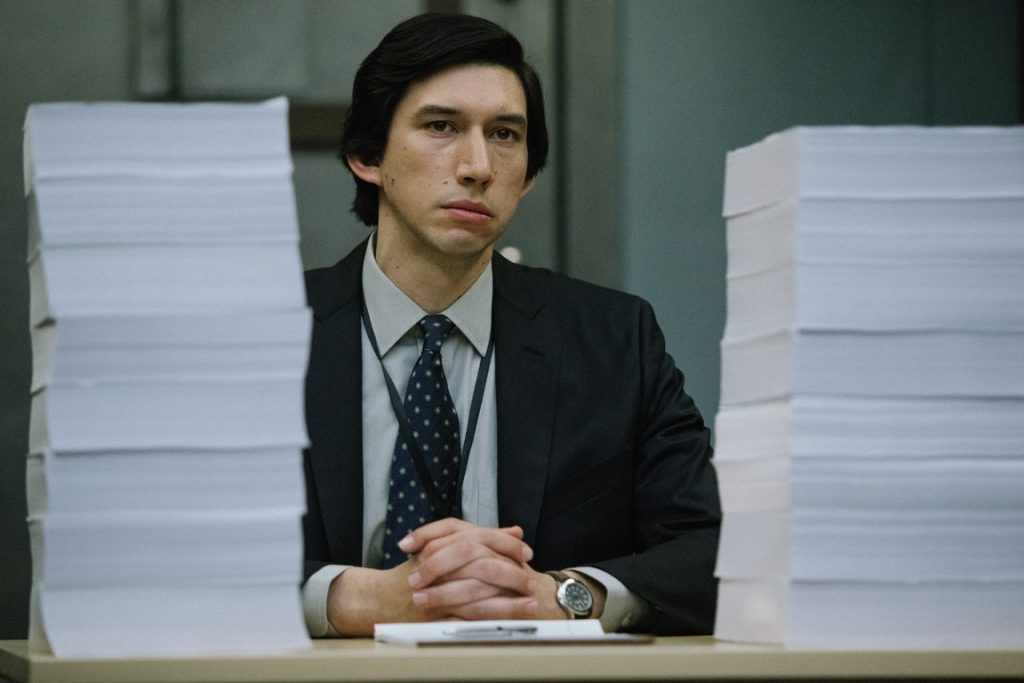 There’s a brief moment late in The Report where a trailer for Zero Dark Thirty can be seen. When considering what writer/director Scott Z. Burns is going after in a movie exploring the results of an investigation concerning the CIA’s use of torture following 9/11, it’s easy to surmise his stance for that 2012 film. However, The Report is not a film looking to pick a fight with the people who took away the wrong message from Kathryn Bigelow’s Oscar-winning feature. Instead, here’s a docudrama relying on intense research to show all the meticulous detail that has gone into the push for achieving accountability for heinous actions.

Following a cold open to add some sense of stakes, the film truly begins in 2007, as Adam Driver’s Senate Staffer Daniel Jones begins his work under Senator Dianne Feinstein (a terrific Annette Bening) to investigate the CIA’s use of controversial “interrogation methods” to take down those responsible for the 9/11 attacks. Jones learns of the illogical choices the CIA made thanks to the advice of supposed “psychologist” contractors and works for five years on a detailed report singling out the CIA for routinely misrepresenting their findings through the use of torture.

Wisely, The Report is not only about throwing more blame at the Bush administration for the position it placed America in as a fearful country with issues extending far beyond being in a state of shock. We not only see how Jones began things as a bipartisan investigation of the CIA but where things led once America entered into the Obama years. At that point, with an administration more focused on sweeping details under the rug for the sake of moving on, it became all the more pertinent for Jones to keep his eye on having those involved called out. 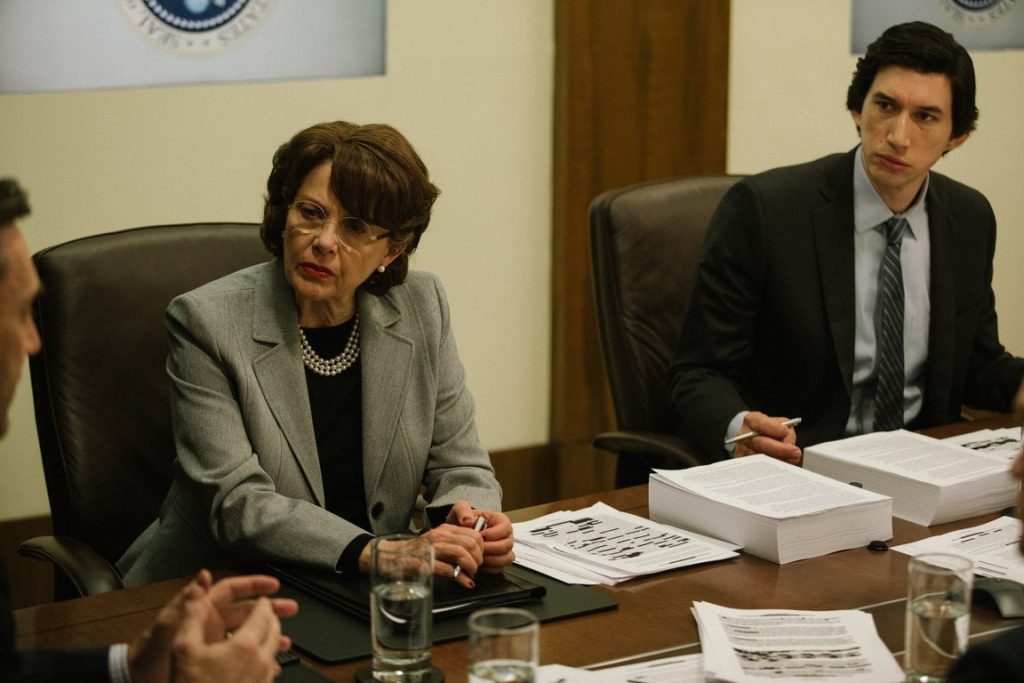 Seeing dramatizations of the steps the CIA took (based on the heavily summarized version of the report, while the full report is currently due for release in 2028), only adds the severity of the events Jones wants called out, logged, and shown to the public as an example of how the government failed in major ways. The Report almost manages to get away with some dark comedy in these moments, given the utter idiocy on display from the contractors (played by Douglas Hodge and T. Ryder Smith), were it not for the intensity of what is being shown. Such a strong focus on the dehumanizing acts contrasted with the lack of real results, making the violence sting all the more.

While not the earliest example, Steven Soderbergh’s Traffic feels like a film that paved the way for a movie such as this. While telling a story relying on social and political value as a hook (and utilizing facts, as opposed to the fictional narratives of Traffic or the similar 2005 film Syriana), plenty of time is spent developing an intense and riveting atmosphere. The Report is perhaps not as flashy as some of the other films of this nature, though the brutality of the “enhanced interrogation” scenes combined with the near-deafening score by David Wingo allows the film to leave its own kind of mark.

Fittingly, Soderbergh serves as a producer for this sprawling drama that maintains a clear focus on Driver’s Dan and Bening’s Senator Feinstein. Still, there are enough shifts in time to allow for an excellent supporting cast to filter in and out. Jon Hamm portrays President Obama’s Chief of Staff Denis McDonough, and Ted Levine is essentially the main antagonist as CIA director John Brennan. Also appearing are Jennifer Morrison, Maura Tierney, Matthew Rhys, Michael C. Hall, Corey Stoll, and Tim Blake Nelson, among others. 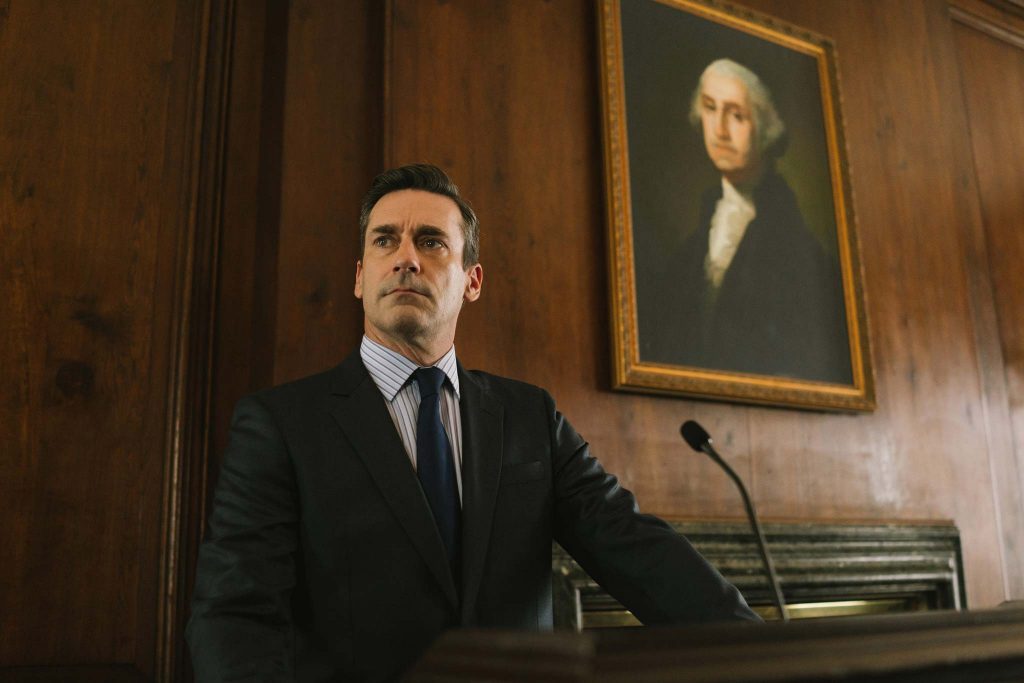 Even if some of these roles amount to mere minutes of screentime, there’s no real weak link in a film where the parts feel like a morality test some of the actors have to put up with. Fortunately, another benefit of Burns’ choice in handling the film is how it allows the audience to be just as frustrated as Jones due to the bureaucratic obstacles, which feel like universal sources of stress. In laying out the structure as he has, the film asks the audience to contend with high-powered, wealthy (and largely white) politicians doing more to secure their job than deal with how their actions affected the country they claim to put first at all cost.

Through all of this, it is the steadfast work of Driver who absolutely owns this film. The emotional range (and rage) he brings to Star Wars (part of what makes him the most interesting of the new characters) cannot compete with the genuine anger he has as Dan Jones. The visible breakdown we see over the years goes hand in hand with the dedication he has to getting the truth acknowledged by those attempting to silence, block, and undermine him at every turn. Regardless, Driver dominates this film with nuanced understandings of his place in all of this, let alone having enough confidence to show how doing less can mean much more.

With a stellar cast and proper handling on challenging material, The Report could make many angry with the government, assuming that isn’t the case already. However, as a portrait of a man doing what it takes to hold up those responsible to a wall in the well-researched, committed ways he knows how, The Report is also a good look at how courage and a strong moral compass can still prevail, even if patience and attention to detail is crucial. 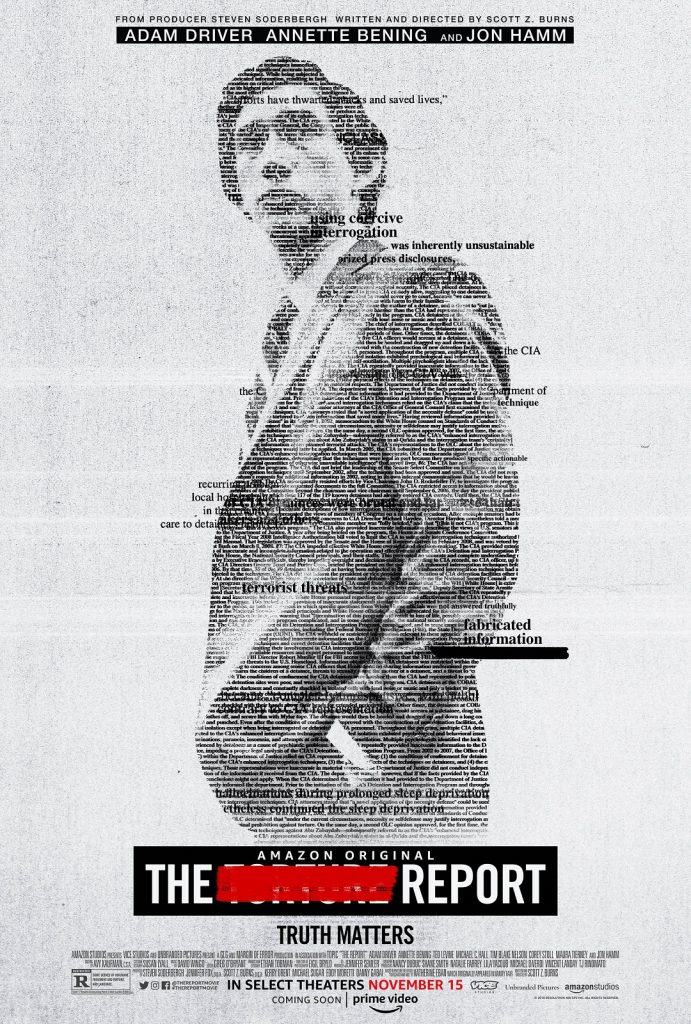